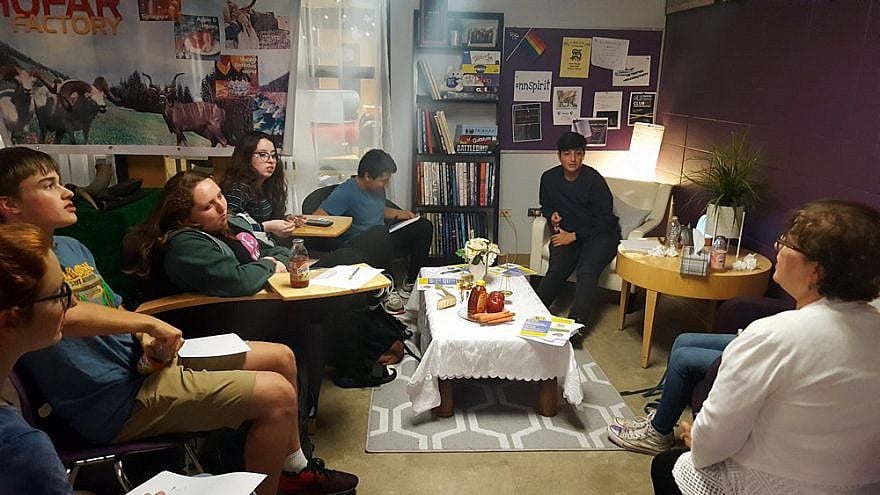 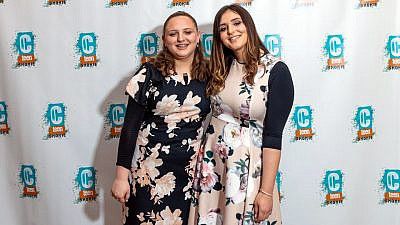 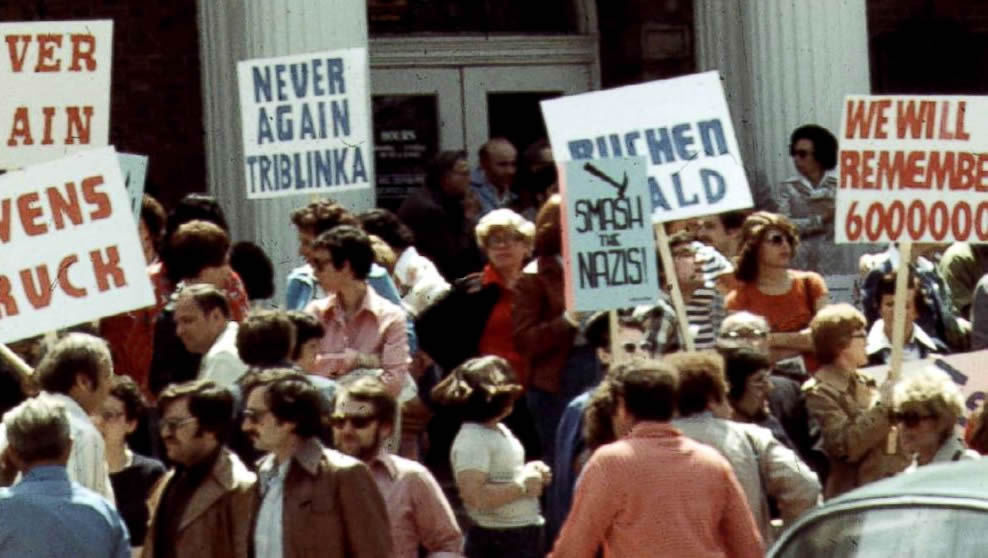 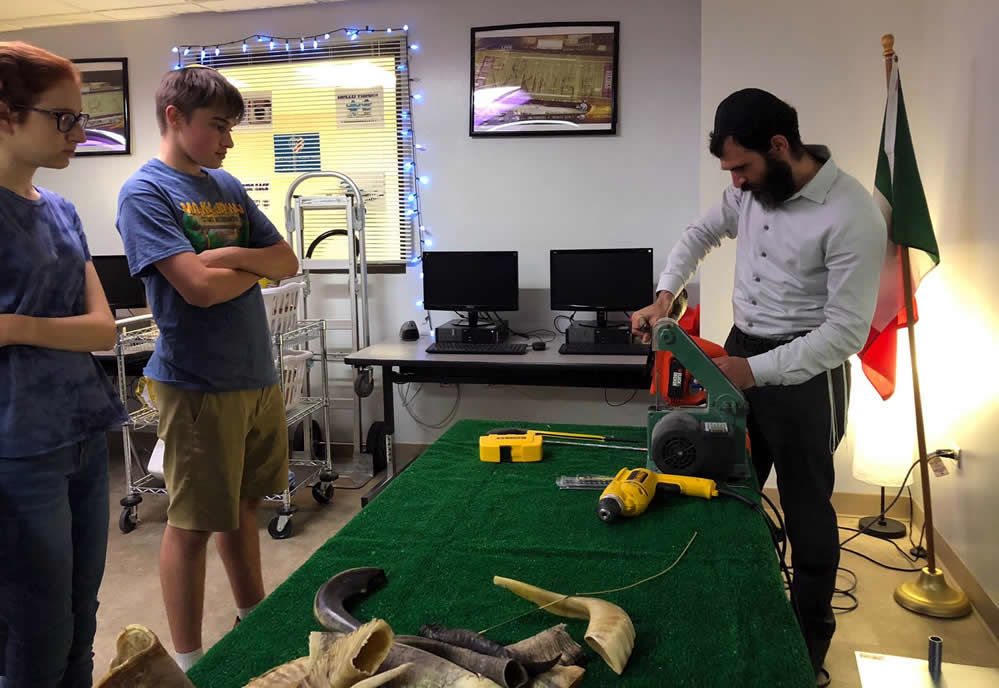 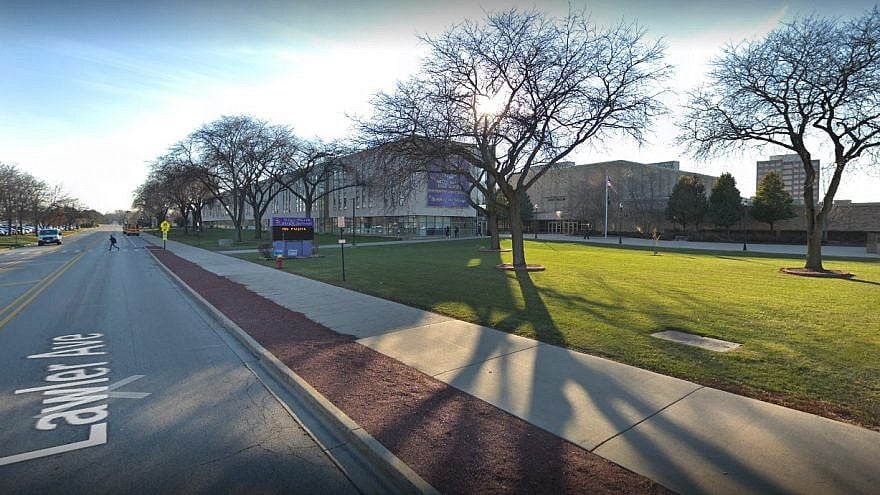 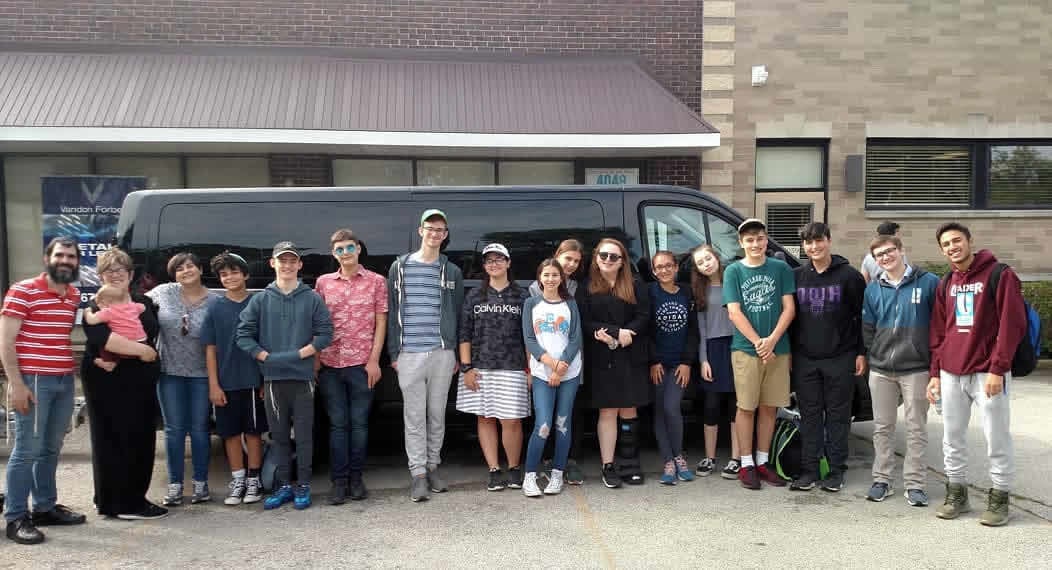 Like any American high-schooler, Riva Weiss started the school year off with a flurry of activity, albeit with a new development she has been mulling over since late spring. That’s the start of the Association of Jewish Students, a Jewish club at Niles North High School in Skokie, Illinois, with its goal of educating fellow students about holidays, traditions and history. The first meeting took place on Sept. 19.

An Israeli club has already been active there, as Skokie has long had a significant Jewish population. At its peak in the mid-1960s, nearly 60% of its population was Jewish — the largest percentage of any Chicago suburb. In fact, it garnered international attention for a 1977 court case dealing with freedom of speech and freedom of assembly, National Socialist Party of America v. Village of Skokie, protesting a planned march by neo-Nazis in an area home to numerous Holocaust survivors. For a number of reasons, the march never did take place there; it was held in nearby Chicago instead, though it made Skokie a household name among Jews across the country.

Weiss, 15, knows the story well, and it prompted her and other Jewish teenagers to begin the new club after what they felt was another scare back in May. The school district had listed an optional educator’s training course called “Teaching Palestine,” with content that became an immediate cause for concern.

Objectives of the course, according to printed materials, include a focus on the political context of the Israeli “occupation” of “Palestine” and the Palestinian liberation struggle; strategies on how to respond to Zionist curricula, or when parents/staff/others object to anti-Zionist curriculum; and connections between “Palestine” and issues affecting students, such as state/police violence, the struggle for racial justice in America, settler colonialism in “Palestine” and the United States, and access to education for historically marginalized youth.

“I was very upset,” said the 10th-grader about hearing the news. “My religion

matters a lot to me. I am a Jew, and I’m proud; my home and school are the two most important things to me.”

(A direct reminder of Jewish heritage is the Illinois Holocaust Museum and Education Center, across the expressway and just minutes from Niles North.)

She and about a dozen other students met at their CTeen (Chabad Teen Network) chapter, led by Rabbi Yochanan Posner, to talk over issues and feelings the course engendered. At about the same time, the pro-Israel advocacy group StandWithUs, invited to the meeting by the rabbi, sent out an Action Alert that galvanized an instant response from the local community. In short form, the district retracted the class from its list of offerings with apologies for not realizing “the one-sided nature” of a course, it stated, that “addresses a very complex topic.”

“When it was removed, I literally jumped up and down,” recalled Weiss. “I definitely felt empowered. It can be hard to be open about your religion in a public school, but I don’t want to be afraid; I want to show who I am. I grew from this.”

Jac Copeland, also in 10th grade at Niles North and who is helping to form the Jewish club, was likewise in disbelief at first. “I thought, hasn’t Skokie been here before? Haven’t others learned from their mistakes?”

He said that even after the quick action of the school district and the removal of the course, “the fact that it happened, we weren’t going to let it slide. We had another meeting on what teens can do, where to go from here, and we decided on the club. It’s for Jews and non-Jews, so we can share information and promote education about Judaism, and get to know each other more.”

Weiss and Copeland are also involved with the Israeli club, which focuses more on the culture of the Jewish state.

“We realized,” said Copeland, also 15, “that a lot of kids don’t know much about Judaism and the issues we face as Jews, particularly in this polarized environment of ‘I’m right and you’re wrong.’ We can’t just push each other away; we have to open access for learning. And we need to present facts without biases.”

Next on tap for the Association of Jewish Students is putting up a sukkah, where students of all backgrounds can sit and eat; holding a Chanukah menorah-lighting and latke party; hosting a mock seder during Passover time; and offering opportunities to introduce traditional Jewish foods throughout the year. As far as the Israeli club goes (it is affiliated with NSCY, a Jewish youth group under the auspices of the Orthodox Union, and sponsored at the high school by Anna Raiber), it offers folk-dancing, the celebration of Israeli-specific holidays and will be putting on a musical.

‘What to expect after high school’

Posner, director of the Skokie CTeen chapter, said the energy of the students is telling; that they were the ones behind the launching of the new club, and he is there to support them.

“There are strong feelings out there,” he said. “They have ideas, insight, sophisticated opinions — and they can make a difference. Don’t ever underestimate the power of young people.”

He believes that the school district consists of “good people who are not anti-Semitic or anti-Israel; they simply didn’t understand the nuances of the course” or the consternation it would engender. Posner credits the school district for working quickly and decisively to correct what he feels was “an innocent mistake.”

What he can do as a religious adviser, he explained, is “to give students the knowledge and the tools to expose their Jewishness in a positive way,” and what the teens can do together at school is “to educate non-Jewish students and teachers about Judaism. Through familiarizing them with who we are, we hope to reduce anti-Semitism.”

He is being assisted on the school premises by special-education teacher Dr. Anne Zavell, the club sponsor. She has taught for 33 years — 26 of them at Niles North. Zavell notes that the population of both the community and the school has changed over the decades; that back in the 1980s (when her husband attended), it was actually known as “a Jewish school.”

Now, with a mix of different ethnicities, including a sizeable Muslim population, a need has arisen, she adds, for cultural information — for more information, period.

So when the teens came to her for support, she said, “I couldn’t say ‘no’ to them. I was happy to help.”

At that first meeting on Sept. 19, participants handmade a shofar with equipment the rabbi brought in, and tasted different types of apples and honey — timed to the upcoming High Holidays — and discussed the goals of the new club to be and how similar issues can be addressed in the future. They also handed out food to curious students who wandered in from the hallway, putting words into action by being welcoming and inclusive.

“I think the kids are very brave to show they are Jewish, to be so visible — not hiding their identities and wanting others to understand them. It also gives them an understanding of what to expect after high school,” said Zavell, when they leave the so-called “bubble” of their community and of Chicago-area Jewish resources.

Such resources include the pro-Israel advocacy group StandWithUs, which was present at the first general meeting of students on May 31, along with the Simon Wiesenthal Center.

‘What we do is educate’

Midwest managing director Assaf Grumberg explained that the issue with the course in question, like other Palestinian-related curriculums circulating through the United States, has to do with legitimate criticism of Israel and its policies versus anti-Semitism and hatred of Jews.

“There are stronger and stronger attempts to delegitimize the State of Israel,” he said. “There is increasingly venomous anti-Semitic content that is easier to recognize,” at least, for those familiar with the material.

The teacher’s course “was not factual,” said Grumberg. “The community at large protested it; they would not accept anti-Semitism as fact.”

The problem, he explained, is that in places where such courses do get successfully taught, any misinformation will inevitably go from teacher to student eventually.

While in Skokie the decision was reversed the same day, said Grumberg, that’s not often the case. He noted that adults often can’t recognize biases when it pertains to the kinds of text in question, which become more nuanced and more difficult to identify an underlying agenda, and that’s why his organization is there: “What we do is educate.”

As for the teens, he said they should feel confident and know that support is out there.

“Do not stay silent,” he advised. “Do not be afraid to speak out. We have your back. We have the tools and resources to identify forms of anti-Semitism, and to educate communities.”

Of this particular group of students, he pointed out that what happened in Skokie represents “the core of activism.”

“These are the students you’re always looking for,” said Grumberg. “These are leaders. These are the people who say, Hineni: We are here.” JN