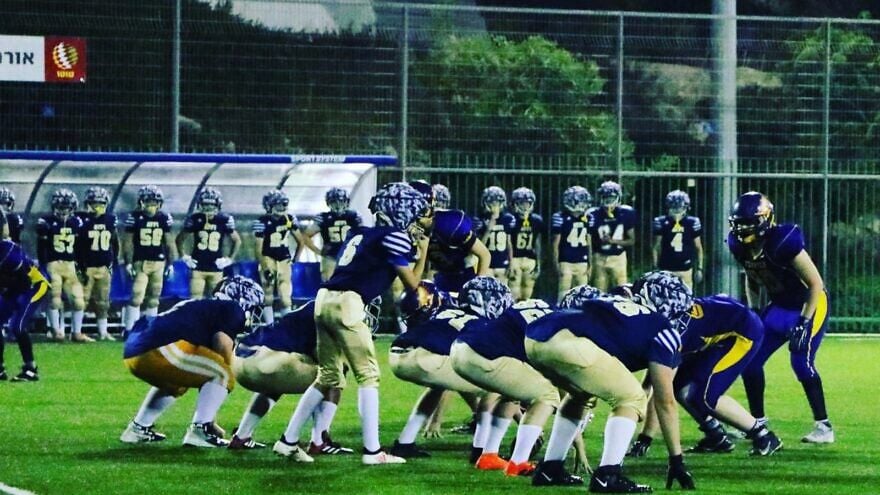 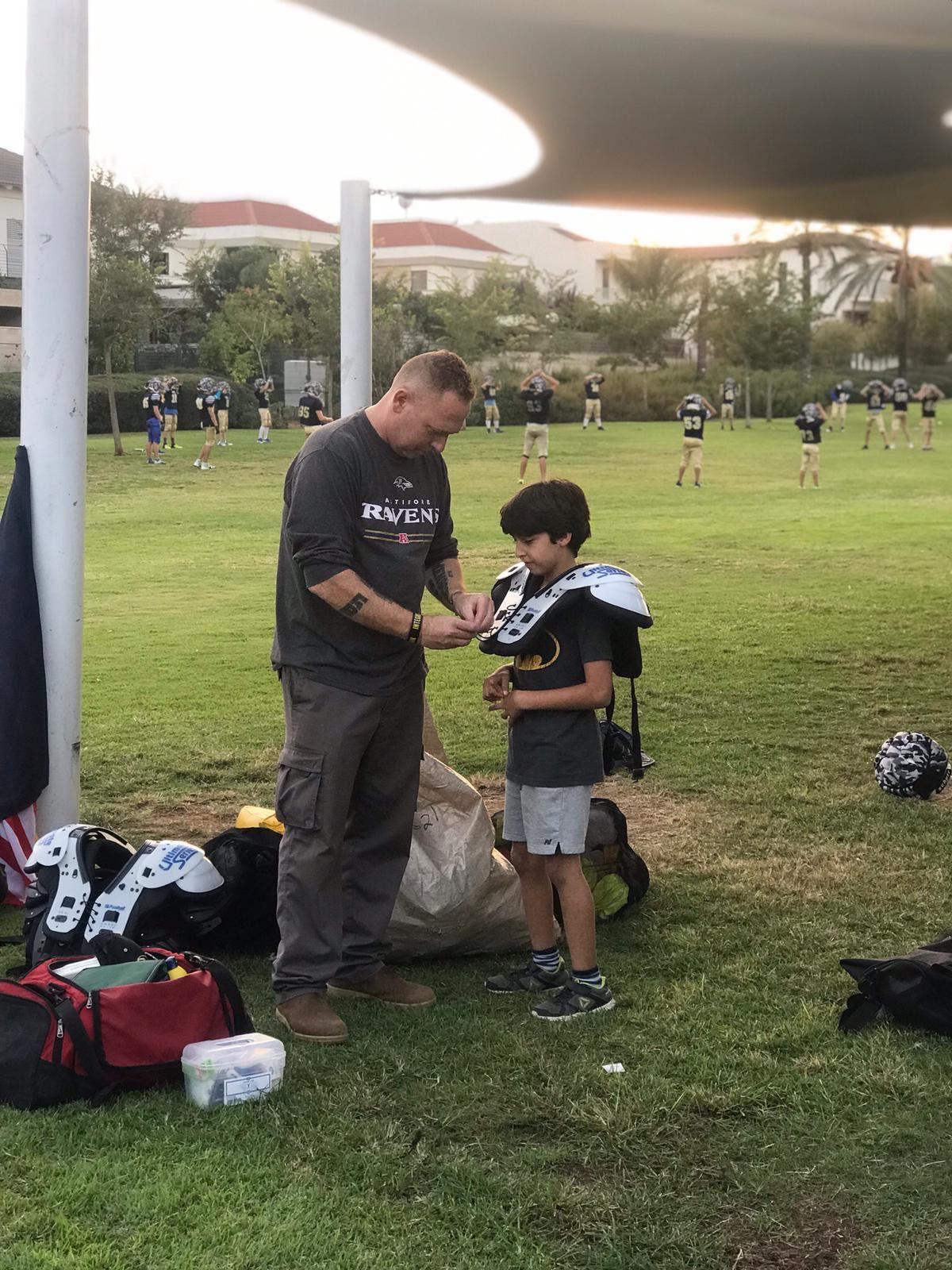 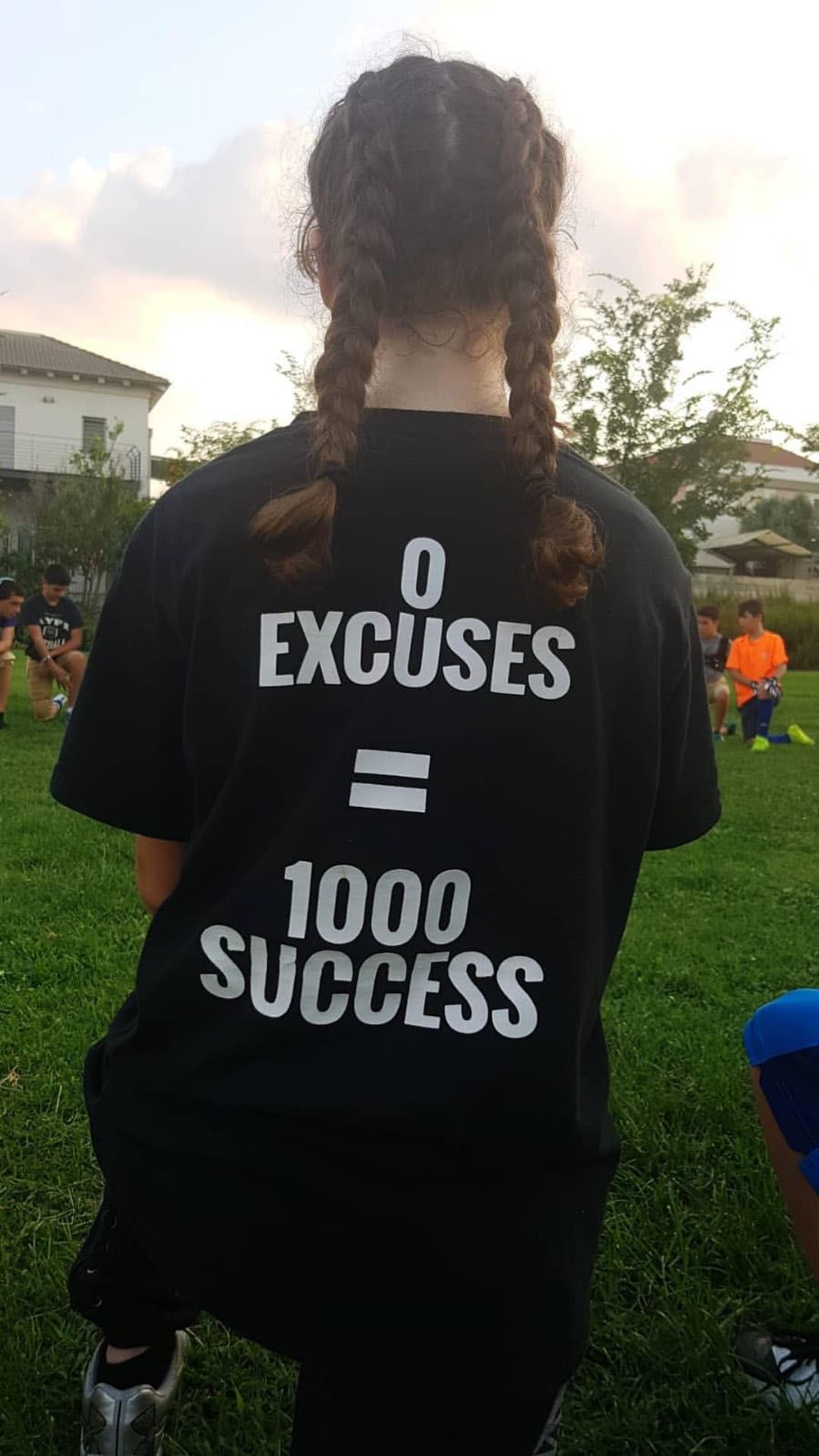 Born and raised in a country that adores soccer over most other sports, Israeli educator and sports coach Erez Lustig fell in love with American football from a young age. His improbable love for the game can be traced to his family in the United States, watching the sport on television, as well as the way football “collaborates fun with values.”

Attending a yearly clinic in Alabama with 1,200 football coaches and lectures by NFL and college-level head coaches, Lustig was the only foreign coach, “the meshuganah that came from Israel,” he told JNS. Other coaches would quip, “Are you lost?”

But Lustig was not lost. Quite the opposite; he was on a mission, he said, “to promote the acquisition of life skills and values for children through the culture and game of American football.”

Nine years ago, Lustig, now 46, founded “Young Champions,” an Israeli nonprofit that today brings together 200 girls and boys, ages 6 to 16, on four teams that practice after school. More recently, he has brought American football to elementary schools in partnership with Israel’s Ministry of Education, with programming for nearly 650 students.

In his classes, teachers learn to “teach like coaches” and students learn teamwork, problem solving, respect, creativity and ‘American-style’ character and leadership, applied both on the field and in the classroom.”

“Football is the vehicle for the education,” he stated, adding that it is the educator’s responsibility to establish the foundation of values for students, such as how to work towards their goals.

Employing sports analogies to promote doing well in school, said the father of a 17-year-old son, “I tell students that the school is giving them their playbooks of how to ‘win,’ with tests in history, language and math. I tell them that they must be a student first, then an athlete.”

For Israeli students, maintained Lustig, who grew up in a very small village playing soccer, and interested in volleyball, martial arts and climbing trees, these are important values for those who have problems with attention span, discipline and respect for elders.

“It creates a ‘reset’ for students in between classes,” he said. “It’s a high-discipline sport. When you have the same purpose, everyone works as a team, and at the end of the day, people just want to play with friends.”

‘Sports is a common language’

Last year, 21 of his students ages 13 to 16 participated in the Gridiron Imports two-day intensive training academy in Germany, which searches for exceptional players from Europe, seeking “the next generation of the best of the best who will have the opportunity to earn a scholarship to go to the States.” Out of 164 competitors, only 60 finished, including all 21 from Israel.

At the training academy, coaches would ask Lustig, “Why do all your kids have sparks in their eyes?”

His answer to them is the kids’ Israeli upbringing. “They have a purpose,” he would say.

“Growing up in Israel, it’s a different story than other nations. Everything is boiling here, so you need to be tough,” he said. “We are a startup nation, and Israelis are very creative. We don’t take anything for granted—this is how you live in Israel.”

Two of his students recently became the first Israelis to be accepted and awarded a two-year combined scholarship of $227,000 to go to Kiski boarding school Pennsylvania, a private boarding school to learn and play football.

Young Champions has also garnered the attention of the Fellowship of Christian Athletes, a group of evangelical Christians who come to Israel for a summer clinic with former NFL and NCAA players and coaches like Northern Irish professional footballer Jonny Evans and former Pittsburgh Steelers’ Jon Kolb.

One of Lustig’s key future goals is to create an English-immersion football summer camp for 40 kids in Israel where “sports is a common language,” joining forces with American schools who would visit Israel, allowing for opportunities to make Israeli friends, “learn to become a champion” and “share their ideas of how they want to change the world.”

As football falls out of favor for some in the United States because of potential injuries and problem with concussions, Lustig said “I’m telling my American friends, ‘Just you wait—the revival of American football will come from Israel,’ and though they laugh at first, they then immediately ask where to sign up to join us.” JN