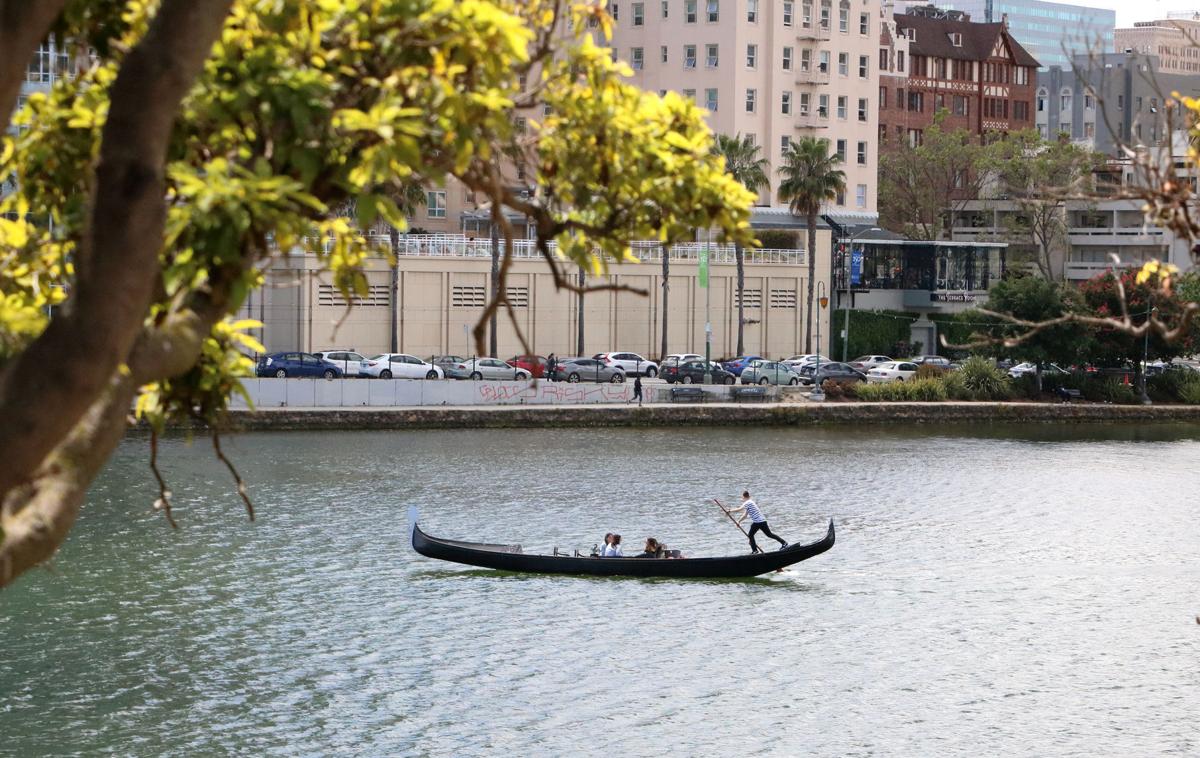 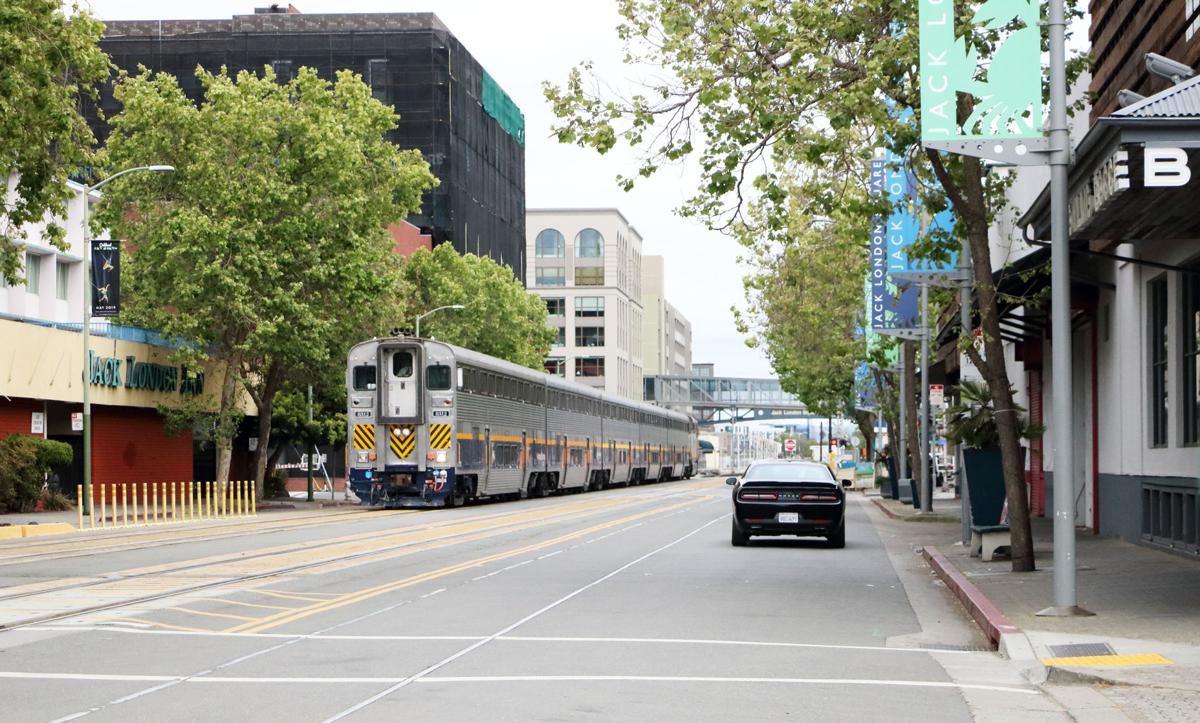 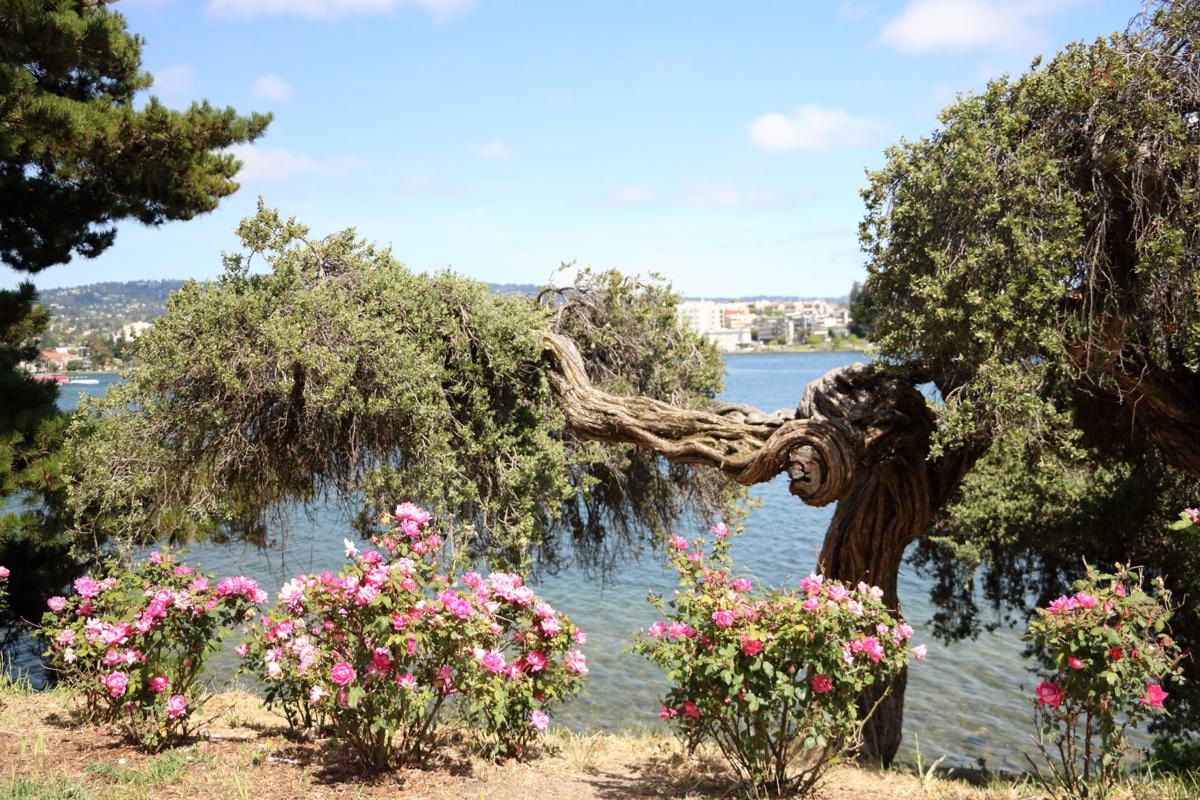 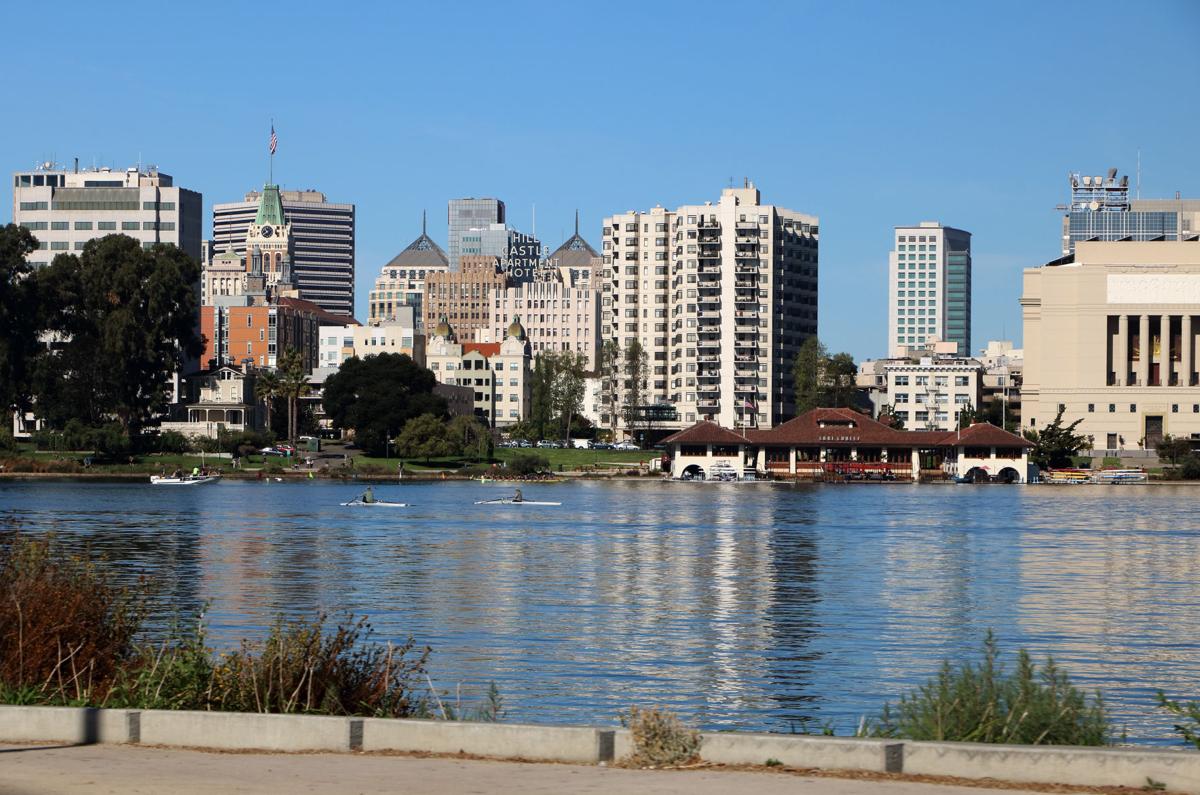 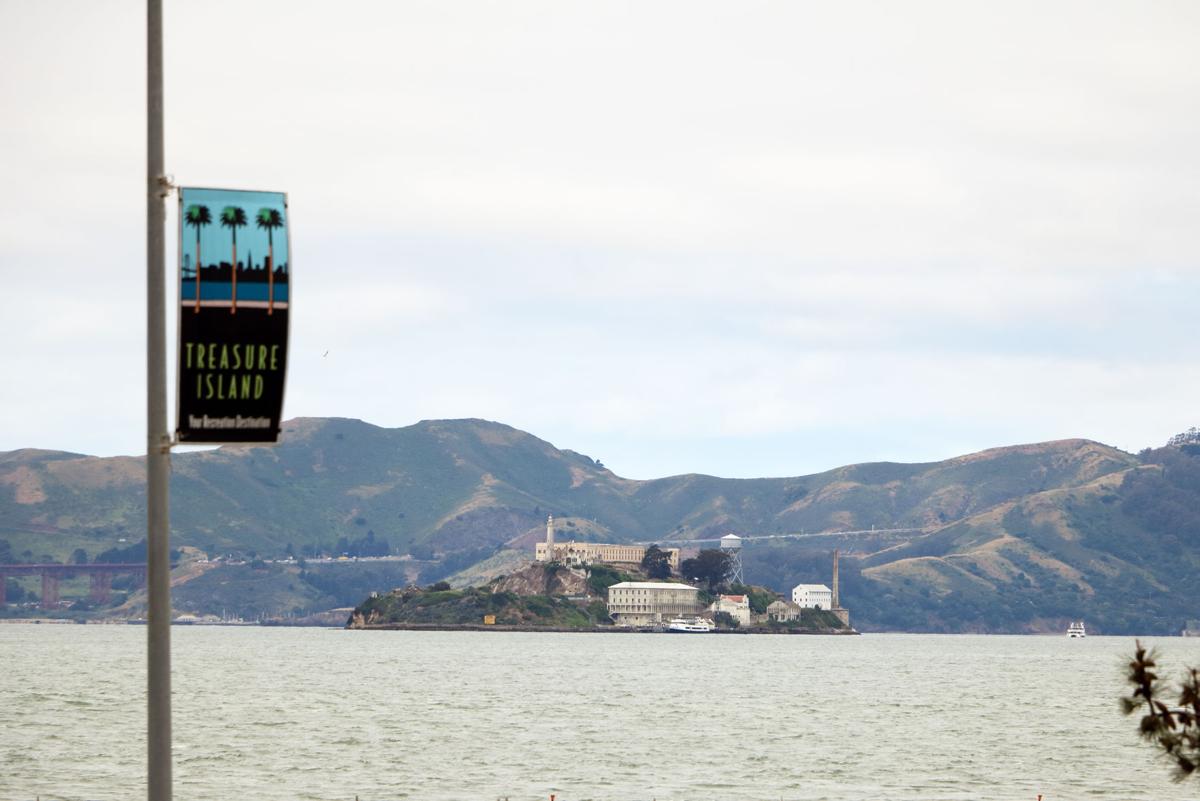 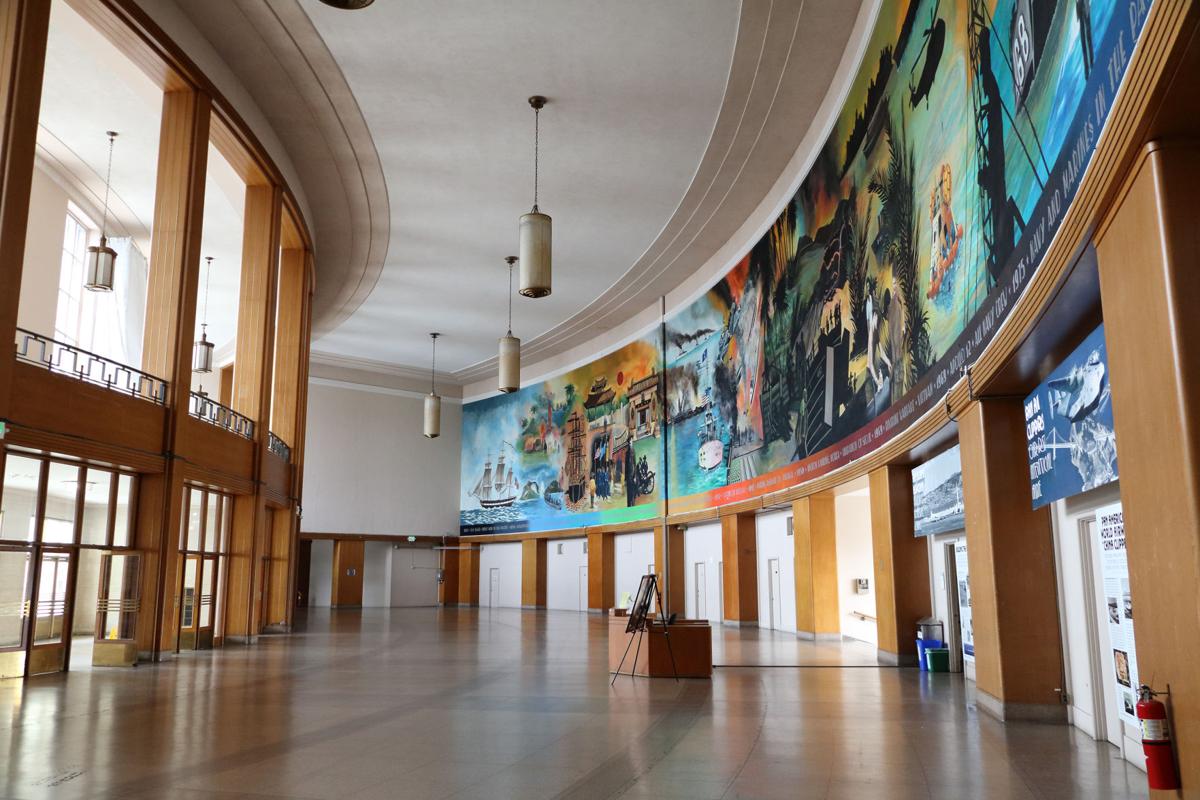 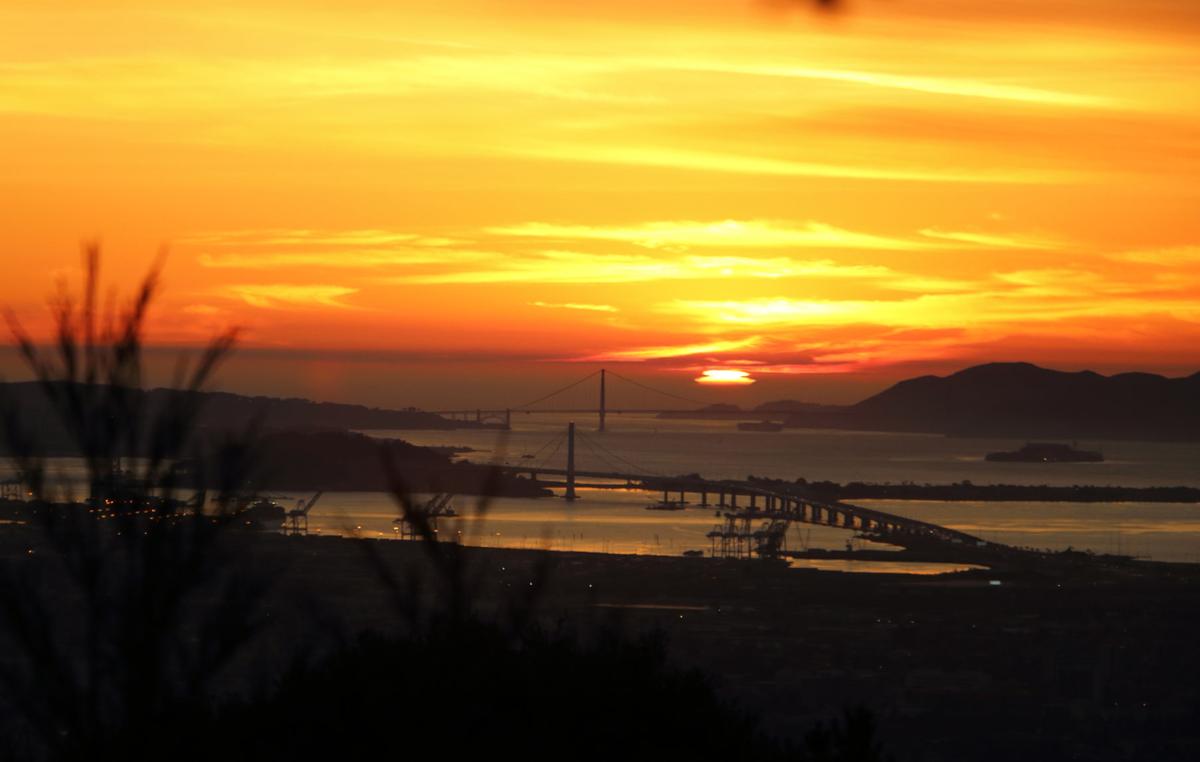 Next time you find yourself in the San Francisco Bay area, be sure to make time for at least a day trip to Oakland, just across the bay. Better yet, spend a few days there to explore its many charms.

Just as New York has its formerly somewhat seedy but now-trendy Brooklyn, San Francisco has its Oakland, a vibrant sister city just a bridge away but with a whole different feel.

Add in a checkered history, a busy port, a mix of familiar and exotic cultures, lower rents than in San Francisco and an influx of young locals and the coffee bars, cafes, galleries and clubs that follow them, and you have today’s Oakland, a simply smart destination.

Shopping is burgeoning in Oakland, too. Beyond the usual coterie of trendy shops and souvenir emporia, there are many unique local shops. There is also a lively farmers market at Jack London Square every Sunday and the huge monthly Alameda Point Antiques and Collectibles Faire draws antique collectors from all of Northern California.

Alameda Island is adjacent to downtown Oakland, reachable by tunnel. Formerly, a sleepy and slightly seedy village, it, too, is undergoing an urban renaissance with its share of trendy shops, boutiques, craft breweries and eateries.

For sports fans, the area is a magnet for both professional and amateur sports. If you are interested in basketball, baseball or football, Oakland has it in abundance.

Greater Oakland has an abundance of natural beauty as well. From downtown’s beautiful Lake Merritt urban oasis to the nearby spectacular bay views and redwood grove in the Oakland Hills, visitors will delight at how picturesque the east bay can be.

Jewish life in Oakland and the East Bay is flourishing.

About 122,000 Jews live there, constituting 35% of the entire San Francisco Bay Area’s Jewish community. Another 34% live in the Peninsula and South Bay; 17% are in San Francisco; and 13% reside in the North Bay. Together, this large concentration of Jews and their institutions cooperate with each other and offer Bay-area residents a wide variety of Jewish religious experience and cultural life.

Jews have been in the area a long time, dating to at least the California Gold Rush era. Some of Oakland’s early Jewish settlers formed the Oakland Hebrew Benevolent Society in 1862, which operated a cemetery and served local Jews socially and religiously.

In 1875, the first congregation was founded (now Temple Sinai) and the two Jewish organizations merged in 1881. Orthodox and Conservative congregations were formed in 1887 and 1907, and a Jewish Welfare Federation was formed in 1918. The Oakland Jewish Center was built in 1956.

The contemporary East Bay Jewish community supports a mikvah, a kosher butcher and bakery shops, a synagogue council, a home for seniors, a memorial chapel and local chapters of most of the important national Jewish organizations. Among its famous former residents are Gertrude Stein; Rabbi Judah L. Magnes, first chancellor of Hebrew University in Jerusalem; and Rachel Frank, the first female rabbi in America.

Today’s East Bay Jewish community is active, with four synagogues in Oakland (one Reform, one Conservative, one Orthodox and one Renewal), as well as four in neighboring Berkeley, a Hillel chapter at University of California-Berkeley and 17 congregations in the surrounding areas. Many of the congregations maintain religious schools, too. There are also a Center for Jewish Living and Learning and a Federation Volunteer Action Center.

Local Jewish resources include the JCC of the East Bay, the Lehrhaus Judaica adult school, the Jewish Community Federation of the Greater East Bay and a JCRC. Also available to area residents are the Jewish Family & Children’s Services and the Jewish Vocational Services.

Oakland can be easily reached by highway, air, cruise ship or train.

• By train, Amtrak has a station right at Jack London Square. It offers frequent service to the entire West Coast and beyond. BART regional trains run throughout the bay region.

• Cruise ships sail from San Francisco, 12 miles distant via I-80.

• Lake Merritt. If you are the hiking sort, the 3.25-mile walking path around the lake is rewarding, with many attractions along the route.

• The Oakland Museum of California

• A wine-tasting trip to nearby Napa and Sonoma counties

• A bay cruise on the Presidential Yacht Potomac from Jack London Square. Other day cruises are available.

• A day trip to San Francisco

• A day trip to Sausalito

• The Chabot Space and Science Center in the Oakland Hills

Ginny O’s tips for dressing the Simply Smart Travel way for Oakland: The entire bay area is fairly style-conscious. Resort casual dress is fine for most things in Oakland.

Over-50 advantage: An emerging world-class culinary scene and good museums

Mobility level: Low, except some steep paths in the Oakland Hills around Redwood Regional Park

Simply Smart Travel tip: A stroll around Lake Merritt is free and has some fascinating urbanscapes and great people-watching.

When to go: Year-round. Winter can be cold and rainy, and summers are hot but not humid. September and October are busy but with near-ideal weather.

Where to stay: Downtown and the Jack London Square area both have many good hotel choices.