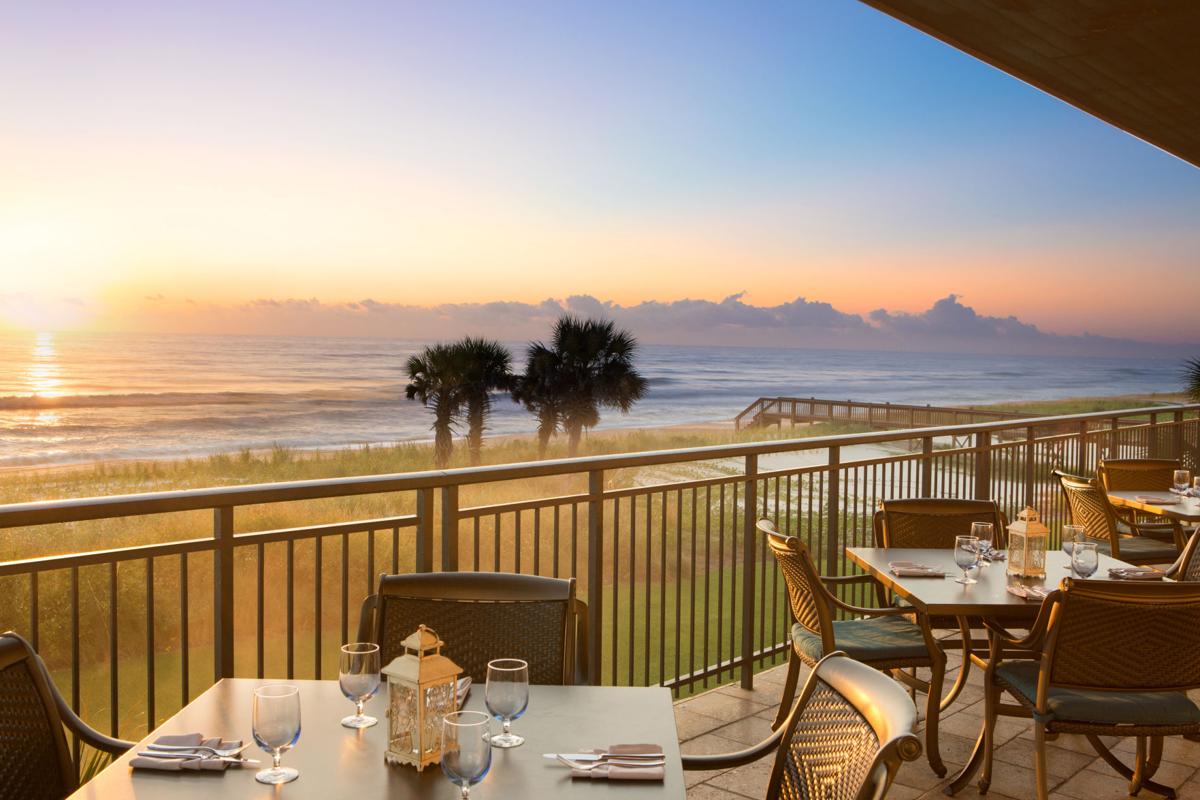 The view of the surf and beach from the Hammock Beach Atlantic Grill is excellent. 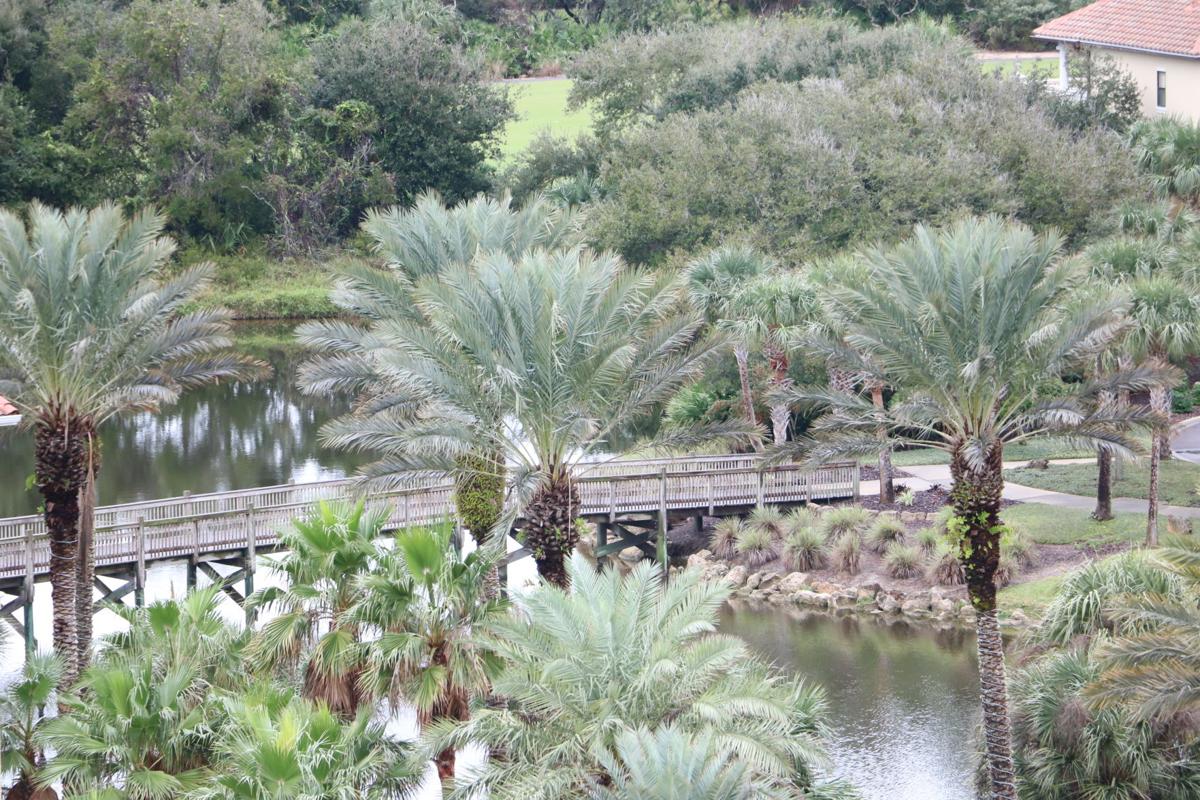 The landscape is lush at the Hammock Beach Resort and the surrounding territory. 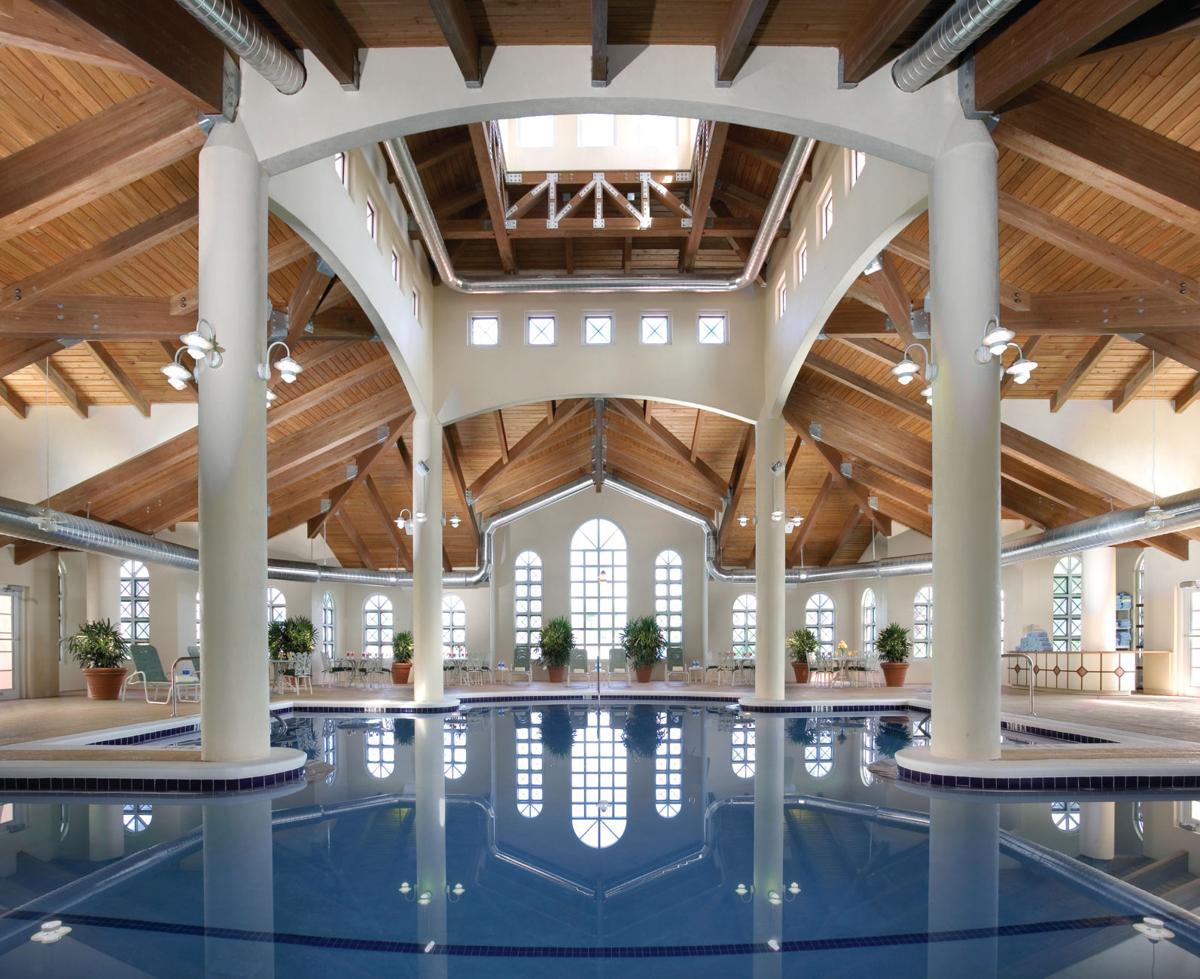 The main indoor pool (one of seven pools at the Hammock Beach Resort) is a refuge for the frequent afternoon thunderstorms during Florida’s summer rainy season. 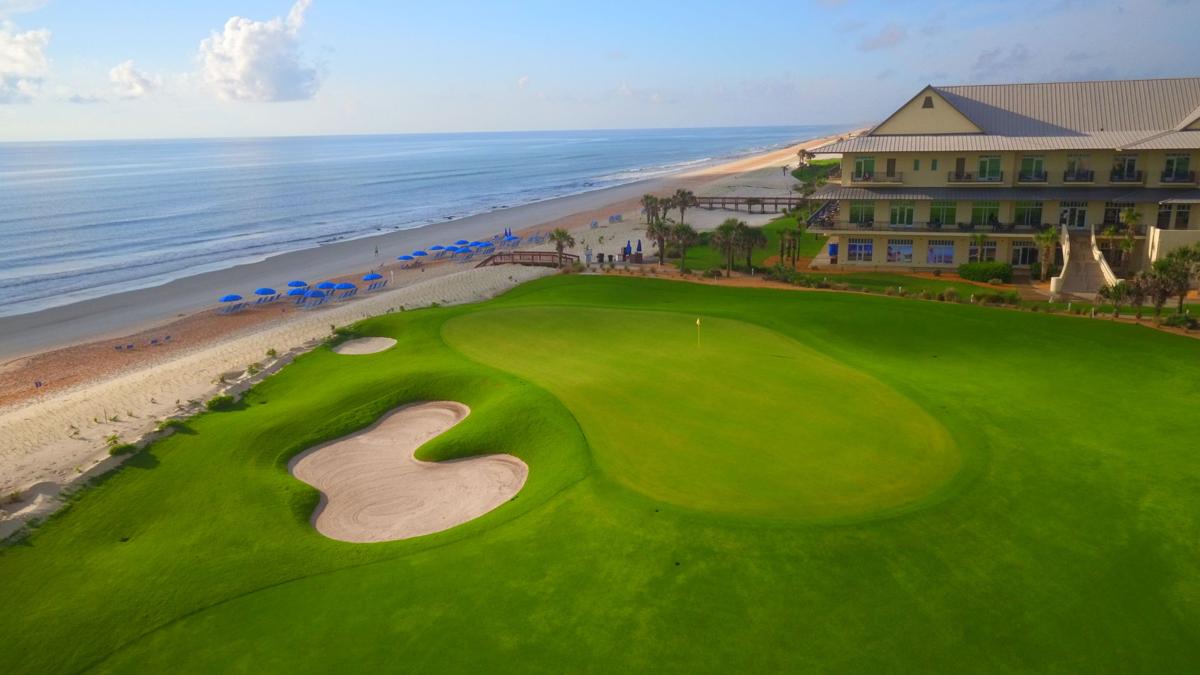 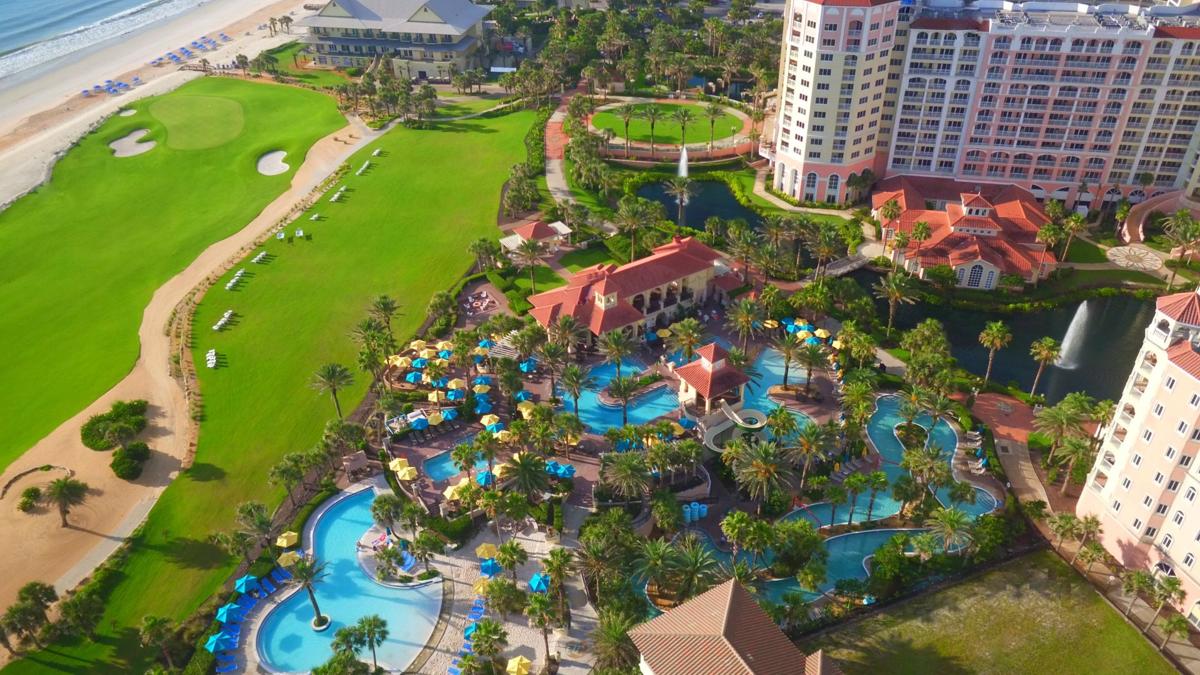 The water park at the Hammock Beach Resort is popular with families with children and grandchildren.

The view of the surf and beach from the Hammock Beach Atlantic Grill is excellent.

The landscape is lush at the Hammock Beach Resort and the surrounding territory.

The main indoor pool (one of seven pools at the Hammock Beach Resort) is a refuge for the frequent afternoon thunderstorms during Florida’s summer rainy season.

The water park at the Hammock Beach Resort is popular with families with children and grandchildren.

Northeast Florida’s highway A1A hugs the Atlantic Coast along the barrier islands and just begs for a leisurely drive. From St. Augustine on the north to Daytona Beach and Interstate 4 on the south, the road passes through historic and modern Florida’s highly varied attractions. Historic attractions along this pleasant drive include the first city in America, St. Augustine, the national monument at the site of Fort Matanzas and the undeveloped natural Florida of Washington Oaks State Park. All are worth a visit.

Modern Florida beckons AIA travelers as well. Upscale resorts, and waterfront homes and condominiums are found along the highway, interspersed with superb ocean views. There are interesting cities to visit as well, including the kitschy beachfront Flagler Beach and cosmopolitan Daytona Beach, both of which offer myriad attractions and beach access.

In the middle of these 57 miles of coastal road is burgeoning Palm Coast, a fast-growing planned city of more than 75,000 founded in 1969.

Just across a bridge over the Intracoastal Waterway from Palm Coast is a barrier island which is home to the beautiful Hammock Beach Resort. But after exploring Palm Coast, don’t rush over the bridge to get to the resort because adjacent to the bridge on the mainland side is the fascinating European Village center with residences, shops and eateries that look and feel European. We enjoyed wandering around the sampling the ethnic eateries.

While this stretch of coast may not have the extensive array of Jewish institutions as can be found along Florida’s southeast coast from West Palm Beach to Miami, there are plenty of opportunities to live a Jewish life along Florida’s northeast Atlantic coast.

In the mid-19th century, transportation advances brought people, including Jews, from the big cities in the northeast to Jacksonville. By Florida statehood in 1845, Jacksonville was the “big” city of the region and had a smattering of Jewish settlers. In the 1850s, Jacksonville Jews created a cemetery to bury six Jews who died in a yellow fever outbreak, and it became the first permanent Jewish organization in Florida.

In the current era, Jacksonville remains as the significant Jewish center of the region with two Jewish schools, a range of Jewish institutions and synagogues representing the Orthodox, Conservative and Reform traditions.

Once a Jewish community was established in Jacksonville, some of the area’s Jews left the city’s confines. Some migrated south and settled along the coast in several communities.

In Flagler and Volusia counties, the two counties that lie to the south of Jacksonville, Jews constitute less than 1% of the population. Still, they support Reform and Conservative congregations in St. Augustine, a Conservative synagogue and Jewish life activities in both Palm Coast and the Daytona Beach area (with a total of eight synagogues in the two counties), and even a kosher restaurant in Daytona Beach. Chabad has been active in the region as well, with at least six outposts. Communities away from the coast, such as DeLand and Deltona, have also formed congregations.

There is a Jewish elected member of the Flagler Beach City Commission, and area Jews are active in the civic and economic life of the region.

The Palm Coast, Hammock Beach and Flagler Beach area can be reached by highway, rail, air and cruise ship.

• By air, the nearest major airports are Daytona Beach International (DAB), 37 miles away and Jacksonville International (JAX), which is 83 miles to the north.

• By train, Amtrak stops in Palatka, Florida, 40 miles away, with service from Miami to the Northeast United States.

• Cruise ships sail from Jacksonville, 72 miles away, and from Port Canaveral, 103 miles distant.

• The facilities at the Hammock Beach Resort

• The kitschy waterfront at Flagler Beach

• The European Village shops and restaurants in Palm Coast

• A scenic drive to and around historic St. Augustine or maybe an overnight stay there

• A drive to Daytona Beach

• An overnight excursion to Jacksonville

Ginny O’s tips for dressing the Simply Smart Travel way for Florida: For beach towns, casual dress is fine. For resorts, a little more upscale is in order. You can dress for dinner but you don’t have to.

Over-50 advantage: Relaxed beach access. Full resort pampering, golf and good restaurants at the resort and along the coast.

When to go: Florida is good for visitors year-round. High season and high rents are in the winter. Autumn and after Easter are fairly hot and humid, but prices are lower in the region and crowds are absent.

Where to stay: For luxury and amenities, choose Hammock Beach Resort. Chain hotels and many bed-and-breakfasts at a wide range of prices are also scattered throughout the region.