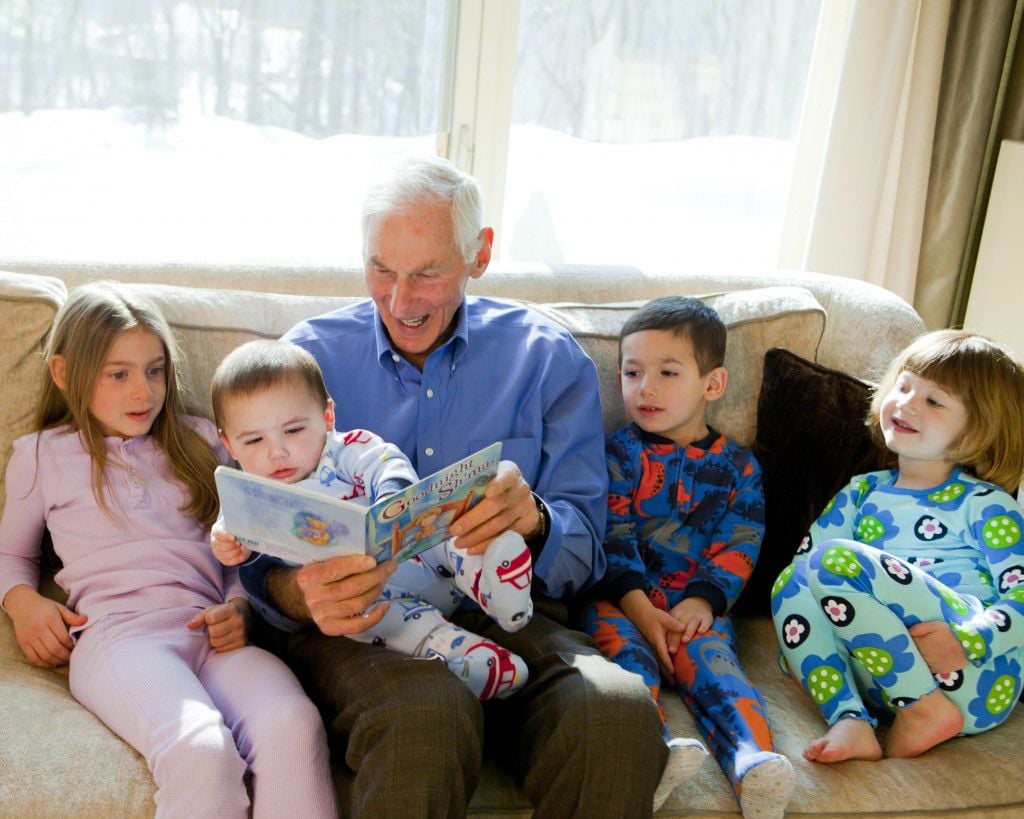 Harold Grinspoon, the founder of PJ Library, reads one of the program’s books with a group of children. 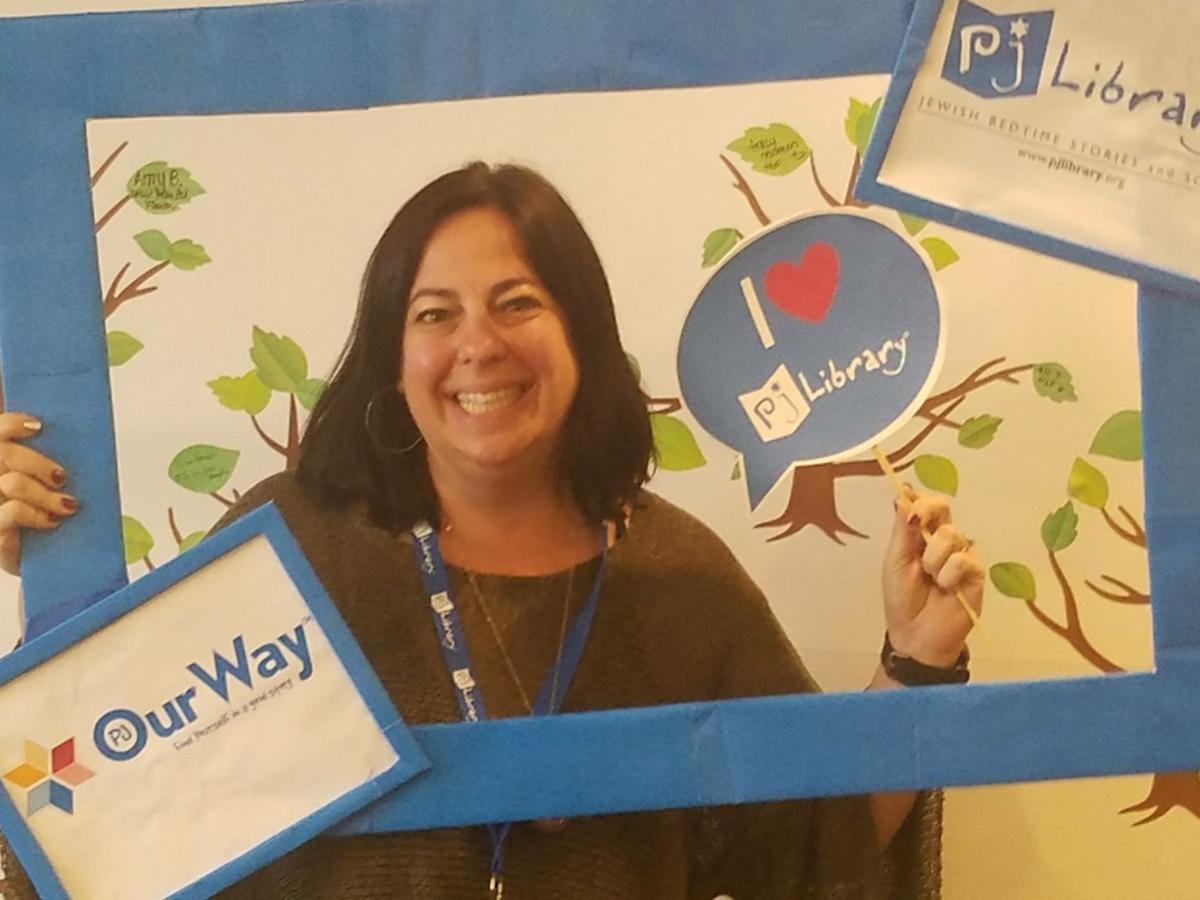 Marcy Stralser-Lewis is the new program director of PJ Library of Phoenix.

Harold Grinspoon, the founder of PJ Library, reads one of the program’s books with a group of children.

Marcy Stralser-Lewis is the new program director of PJ Library of Phoenix.

Families who receive free Jewish books or music CDs each month from PJ Library say the program has influenced or supported how they talk about and practice Jewish traditions in their home, according to a new study.

This is especially true for interfaith families, who say the program has not only spurred them to celebrate Jewish holidays, but also encouraged them to learn more about Judaism.

PJ Library, the flagship program of the Massachusetts-based Harold Grinspoon Foundation, delivers more than 170,000 free Jewish children’s books and music CDs each month to more than 125,000 families living in 200 communities across the United States and Canada, including 2,500 families in Phoenix. Books are sent to children ages 6 months through 11 years.

The 2016 Triennial Family Study, conducted in fall 2016 in partnership with external evaluation firm Informing Change, consisted of an online survey and had a 20 percent response rate with 25,270 responses. Forty-five families participated in additional telephone interviews. The findings were released on June 27.

Across the United States and Canada, the majority of interfaith families who participate in PJ Library say the program has not only spurred them to celebrate Jewish holidays (64 percent) and Shabbat (58 percent), but also encouraged them to learn more about Judaism (89 percent) and cook traditional Jewish foods (66 percent).

Nearly all intermarried parents surveyed (94 percent) felt that PJ Library has increased their confidence to engage with their children in Jewish values and practices. In Phoenix, 96 percent of interfaith families who participate in PJ Library say the program has increased their confidence to engage their children around Jewish traditions, values and customs.

Ninety-nine percent of Phoenix families that participate in PJ Library say the program helps them have conversations about Jewish traditions, values and customs with their children.

“Working to preserve a strong Jewish community for future generations is at the heart of everything we do at the foundation and through PJ Library,” said Harold Grinspoon, the founder of PJ Library, in a press release. “Books are a natural way to invite people into a global community and to pass values and traditions onto the next generation, ensuring our children and their children grow up connected to their Jewish heritage.”

To help parents feel equipped to talk with their children about Jewish values and traditions, PJ Library includes information for parents on the inside flaps of each book, suggests tips and resources for parents on its blog, and gives parents the opportunity to choose their own book each year.

Ninety-five percent of Phoenix families who participate in PJ Library say the program is a valuable parenting tool, and 97 percent say it has helped them think about the kind of Jewish practice they want to have in their home.

Julie Sedita, a Phoenix parent whose child receives books as a part of the program, said that PJ Library has been a great way to continue her daughter’s Jewish education. “It’s nice to have books that we can read together and learn more about what it means to be Jewish,” she said.

“We take seriously that each night parents are inviting us to join their family during one of the day’s most treasured moments before bedtime,” said Winnie Sandler Grinspoon, president of the Harold Grinspoon Foundation, in the press release. “We take our cues from parents to make sure we provide books worthy of that special family time. Parents have told us that the PJ Library books their families receive each month not only help them feel more capable of raising Jewish children, but also make them more excited to pass on the traditions and beliefs they cherished in their own childhoods or have come to cherish as adults.”

From Jewish books to Jewish life

PJ Library also provides participants the opportunity to connect with other families in their community through events for younger children. In Phoenix, 53 percent of PJ Library families surveyed attended events for Jewish families with young children hosted by PJ Library or another organization in the past year. The events, which families say they usually attended a few times a year, included chances to socialize and participate in arts and crafts, cooking or book readings. Seventy-eight percent of the parents who went to these events say they connected socially with other adults they met.

PJ Library of Phoenix hosts events such as the recent PJ Library Family Camp weekend, which was held this past April at Camp Daisy & Harry Stein in Prescott.

“Providing PJ families an opportunity to experience Jewish overnight camp as a family is something special and based on our success, something to look forward to in the future,” said Laura Drachler, the volunteer coordinator who organized the camp weekend.

In addition to creating connections between families, PJ Library is fostering communal ties, with 96 percent of all participating families in Phoenix saying the program has made them interested in getting more connected to local Jewish activities, organizations, and/or people.

The local PJ Library has received an Implementing Partner Engagement Grant for a second year, which allows for family ambassadors to create ongoing public space and neighborhood-based programming in three areas of the Valley where many Jewish families with young children live. Ted Organ and Maureen Brish will oversee the East Valley for a second year, and Jennifer Brauner is the new Central Phoenix ambassador.

PJ Library was founded in Massachusetts in 2005 and debuted in the Valley in 2010, through the efforts of Alison Betts and Jason Israel. It is funded by local donors and was originally administered by the Bureau of Jewish Education with the Jewish Federation of Greater Phoenix serving as a fundraising partner. Since 2015, it has been a program of Valley Beit Midrash.

In June, Marcy Stralser-Lewis became program director of the local PJ Library. Stralser-Lewis previously taught preschool at Gan Yeladeem and Chanen Preschool for more than 20 years and specializes in early childhood education. She is a native Phoenician and resides in Scottsdale with her husband and two sons.

This summer, PJ Library is hosting a Read-A-Thon to help raise funds for PJ Library in Phoenix and encourage children to keep reading during the summer. The read-a-thon continues through July 31 and at press time, had raised more than $900. To donate, visit bit.ly/PJLibraryread.

To read the executive summary of the study, visit pjlibrary.org/familysurvey.