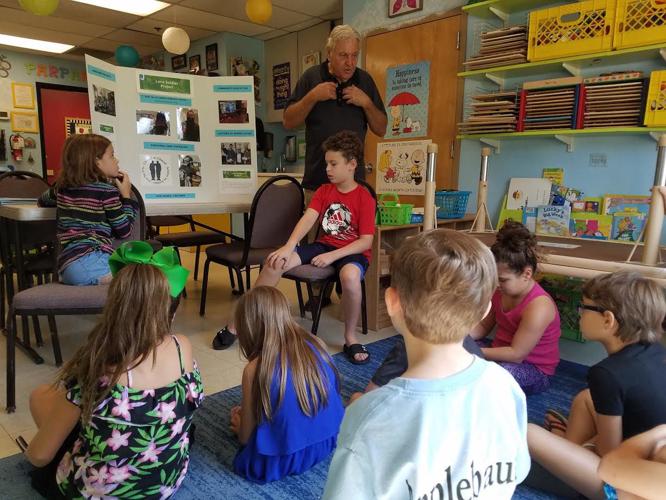 Elliott Reiss, a member of the Lone Soldier Project, speaks with children at the Temple Chai religious school in Phoenix. 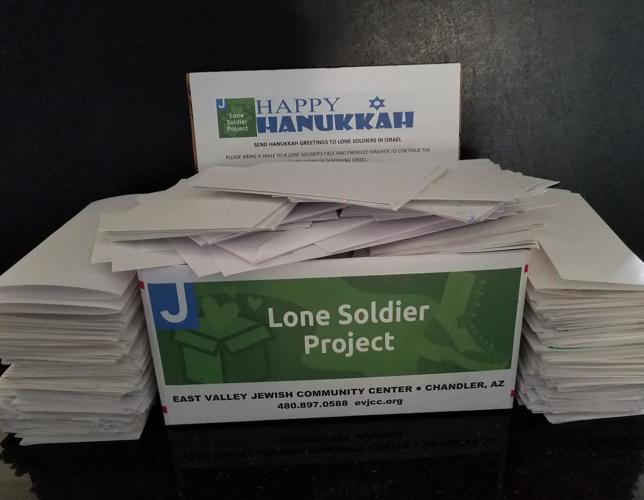 Elliott Reiss, a member of the Lone Soldier Project, speaks with children at the Temple Chai religious school in Phoenix.

The EVJCC’s Lone Soldier Project supports lone soldiers who are on active duty in the IDF. These Jewish young men and women from all around the world volunteer to be in the IDF and have no immediate family in Israel to attend to their needs.

Lone soldier centers in Israel will deliver the Chanukah Greeting Campaign letters to soldiers at military bases around the country. The letters include pictures and messages of appreciation from American Jews for the role these young adults are playing in defense of Israel.

This is the Chanukah Greeting Campaign’s second year. Feedback from last year’s campaign was that the letters enhanced the soldiers’ holidays and often re-energized them when their IDF service and homesickness became a bit overwhelming. There are approximately 7,000 lone soldiers currently serving in the IDF.

Lone soldiers face many challenges, such as living in a new culture, having marginal Hebrew skills and being far away from their families for Shabbat, holidays and personal celebrations. These stresses often lead to isolation, especially since many Israeli IDF soldiers return to their homes for Shabbat and holidays. Lone Soldier centers serve as a home away from home where they can congregate for Shabbat, holiday celebrations and all kinds of recreational activities.

Valley children and adults from six synagogues, four schools, one camp, one youth group and three organizations participated in the 2018 Chanukah Greeting Campaign.

In 2019, the Lone Soldier Project committee hopes to expand the effort to include at least 20 congregations and programs.

Throughout the year, the Lone Soldier Project provides educational presentations about lone soldiers to preschoolers through seniors. The goal is to raise awareness and appreciation for these individuals.

The project also solicits donations from the community to contribute to Lone Soldier Centers in Israel. In addition, members of the community knit hats for soldiers to wear while on cold weather assignments. So far, the project has sent 130 hats to lone soldiers. JN