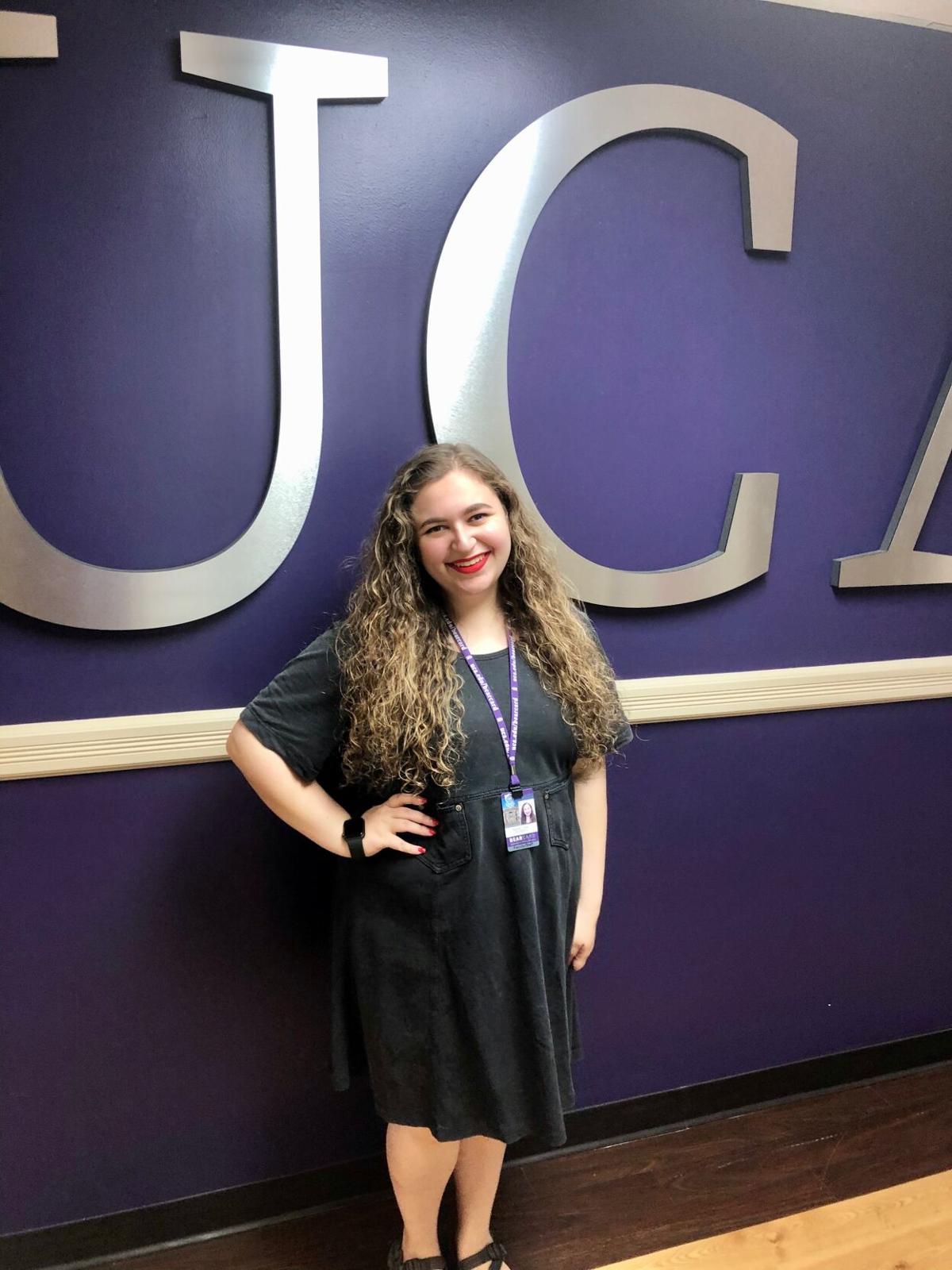 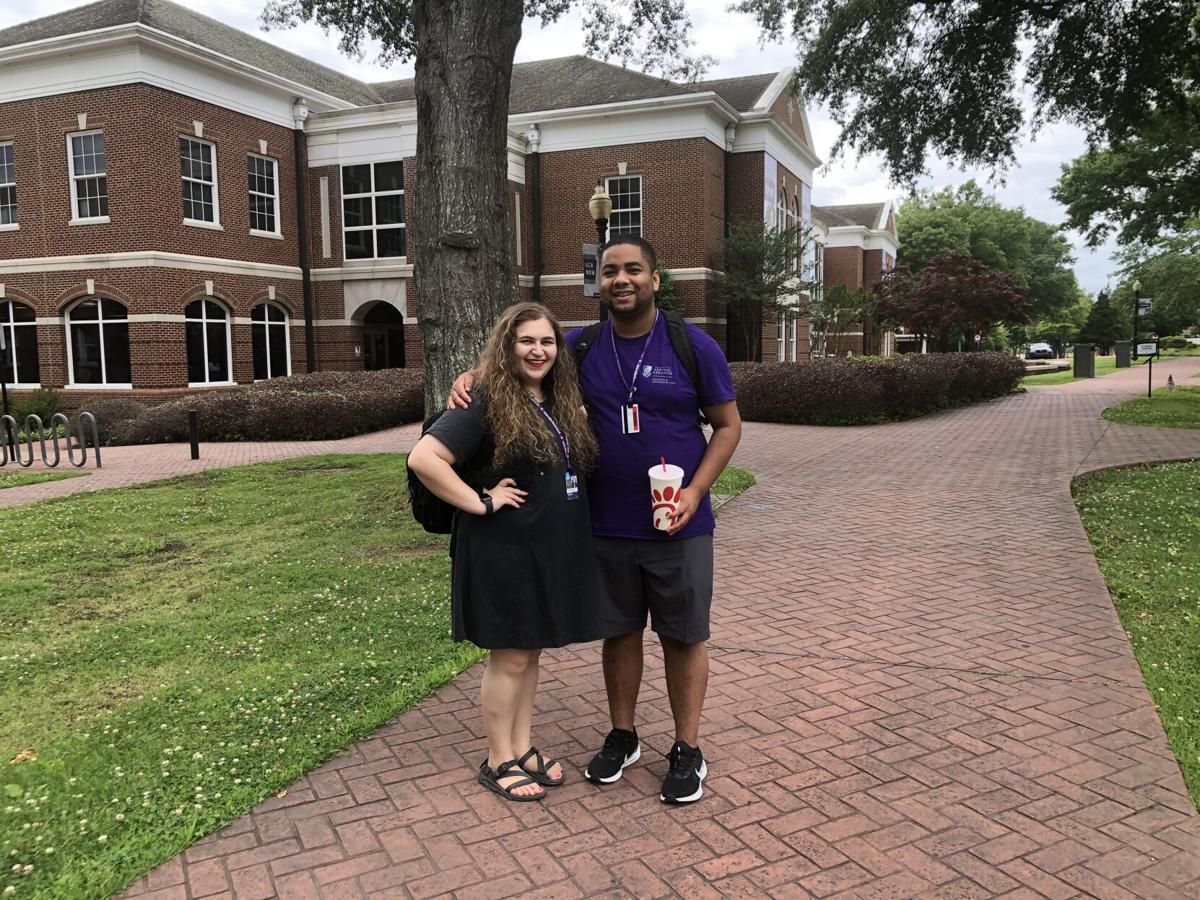 Rachell Krell and fellow intern, Ever Aroca, stand together on the campus of the University of Central Arkansas in Conway, Arkansas.

For Rachell Krell, summertime isn’t about taking a well-deserved rest. After finishing her junior year at Northern Arizona University, where she was recognized for her work in the honors college, awarded scholarships and selected for a place in STARS College — an organization for students pursuing careers in student affairs — Krell traded in the cool mountain air of Flagstaff for the heat and humidity of Conway, Arkansas and a challenging internship.

At the University of Central Arkansas she supervises a staff of five and works on logistics for conferences and camps being held on campus. Her team will also create diversity plans for the school year, write curriculum for residence hall programs and assist with a sexual assault awareness carnival.

“It’s a tradition here,” Krell explained. “There are games that create a carnival vibe while trying to educate people about sexual assault. They hope to incorporate the understanding of what sexual assault means — in a fun way. The last one was apparently not much fun, which is why they brought us in. We are creating activities that teach about consent.”

And living in the South for the first time, she’s having a bit of a fish-out-of-water experience. As the former president of Hillel at NAU, Krell was comfortable being visibly Jewish on campus. But in a part of the country that feels more overtly Christian, she’s hesitant to draw attention to her Jewish identity.

“It’s the first time I’ve felt my minority status. In Phoenix, I was always very involved in Jewish stuff. I haven’t been this disconnected from the Jewish community for a while,” said Krell. “I’m looking into going to Havdalah services here, so we’ll see how that goes.”

Krell talked to Jewish News about her future plans, the importance of Jewish community and being an LGBT ally under difficult circumstances.

What’s Arkansas like? Are you experiencing some culture shock?

I’ve been in Arkansas for a month already, and it’s mostly great — minus the humidity. I haven’t really seen a lot of the general Arkansas community because my focus is the campus, which is pretty diverse and inclusive.

Do you think that arriving in the midst of heightened concerns over Mideast violence made it harder?

I came to Conway in the middle of all of it so I had conversations both here and at NAU. In higher ed, people’s opinions about Israel are so varied and focused on inclusivity. But even though at NAU the public opinion was mixed, I did feel empowered there to have conversations about antisemitism. On campus I am a visible Jewish person and I feel safe in that environment.

Here I don’t feel as secure. When it comes up in political conversation, I stay away from it. It doesn’t impact how I do my job and I don’t want to put myself in an unsafe situation.

Why did you choose a college in Arkansas?

I went through a process, put my info into the world and I was contacted by six schools. I was offered an internship from five of the six, but I chose Arkansas because it was the only internship with other interns. I wanted to grow my professional connections and also have that social opportunity.

Here I also get to oversee my own staff. The other internships would just have me work for other people. I’m a summer camps and conferences coordinator. I co-supervise a group of five assistants and as a team we’re responsible for preparing residence halls for camp groups and conferences to spend the summer here. It’s all about the logistics.

My staff is my age and it’s a little weird — I was hesitant to apply, but they said I was qualified. I’m trying to approach the experience knowing that the other supervisors are grad students and take the whole thing as a learning experience.

You received many honors at college, and with STARS and an internship that aligns with your career goal, you’re pretty set up for success. What’s next?

Working on my honors capstone project, which was interning in NAU’s office of inclusion, really helped me realize I want to do something in LGBT support, because I’m a strong ally. I really want to go into student affairs and work in a university. This past year I’ve been narrowing down what I feel passionate about and what I like.

I’ve started the application process for grad school, and I’m looking on the East Coast. I’ve never lived there and I want to be connected to more Jewish people at the end of the day. And I want to see what it’s like to live somewhere that is more aligned to my political beliefs.

Plus, my program is very niche, because I really want to work with LGBT students so I have to go where there are programs.

Apropos of that, what is it like in Arkansas during Pride Month?

It doesn’t feel like Pride Month here to me, which is sad. It (homosexuality) is still a very taboo thing. People don’t want to talk about it. I’ve had to stand up to people who say harmful things about the LGBT community. People are vocal about their lack of support. There are events in the state, but they don’t do anything where I am, and coming from NAU, it’s definitely culture shock.

When working on programming, too, we have to be careful because what you’re allowed to say here about LGBT stuff is much different than in Arizona. You can’t advertise LGBT things here as openly.

You were president of NAU’s Hillel chapter. How important is Judaism for your life and future?

I ended up having to leave as Hillel president in the spring because of my capstone internship — it was 30 hours a week on top of everything else. I was still involved but didn’t get a lot of communication. The retention was difficult without in-person events, but I love Hillel and Shabbat dinners and really miss them.

I always want to be more involved in Judaism culturally. Feeling the camaraderie and being around other Jewish people and having that shared experience with people is really important to me and it’s one of the big reasons I want to live on the East Coast.

At NAU, that’s what Hillel was for me. Back when Hillel was in person, I could rely on them. I felt close to the members — it’s like a family.

For me, Judaism is changing constantly — as well as my relationship to it. JN