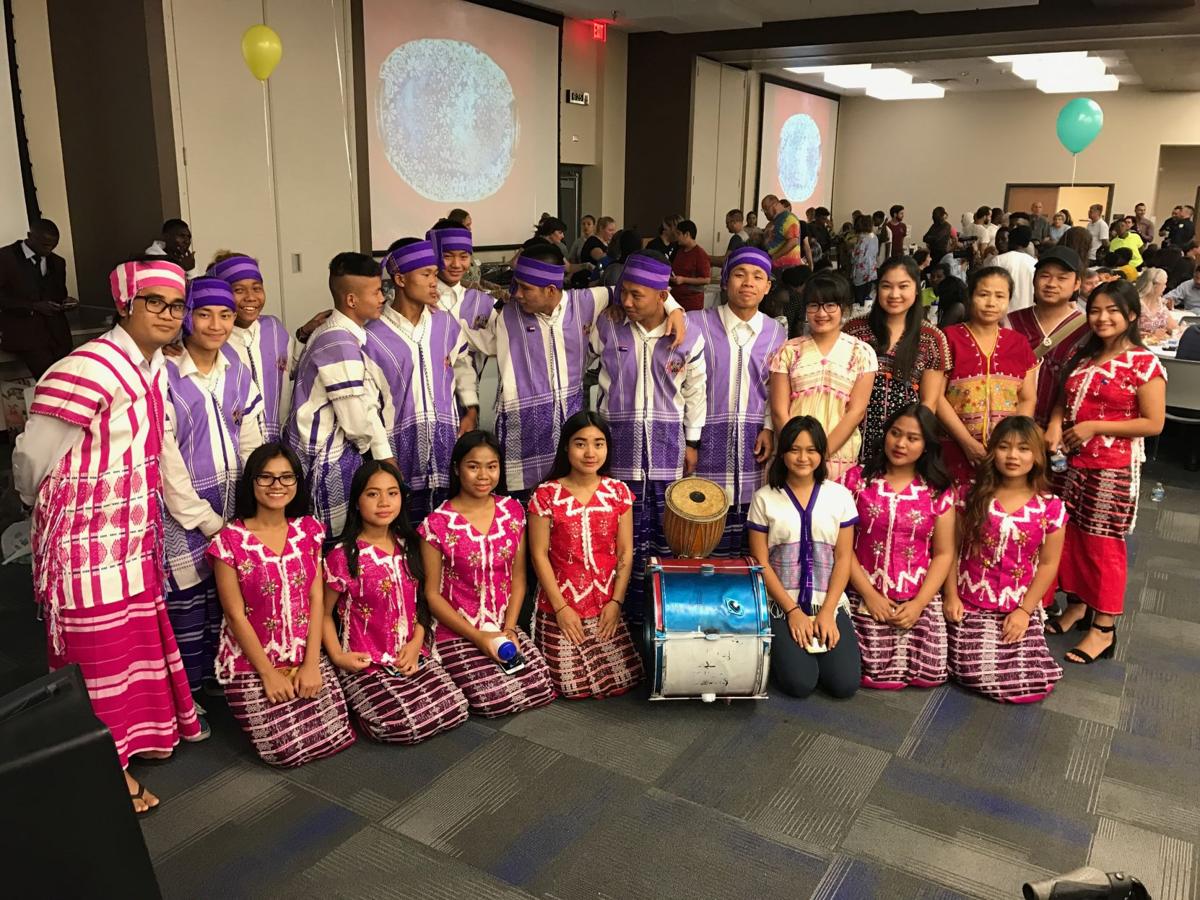 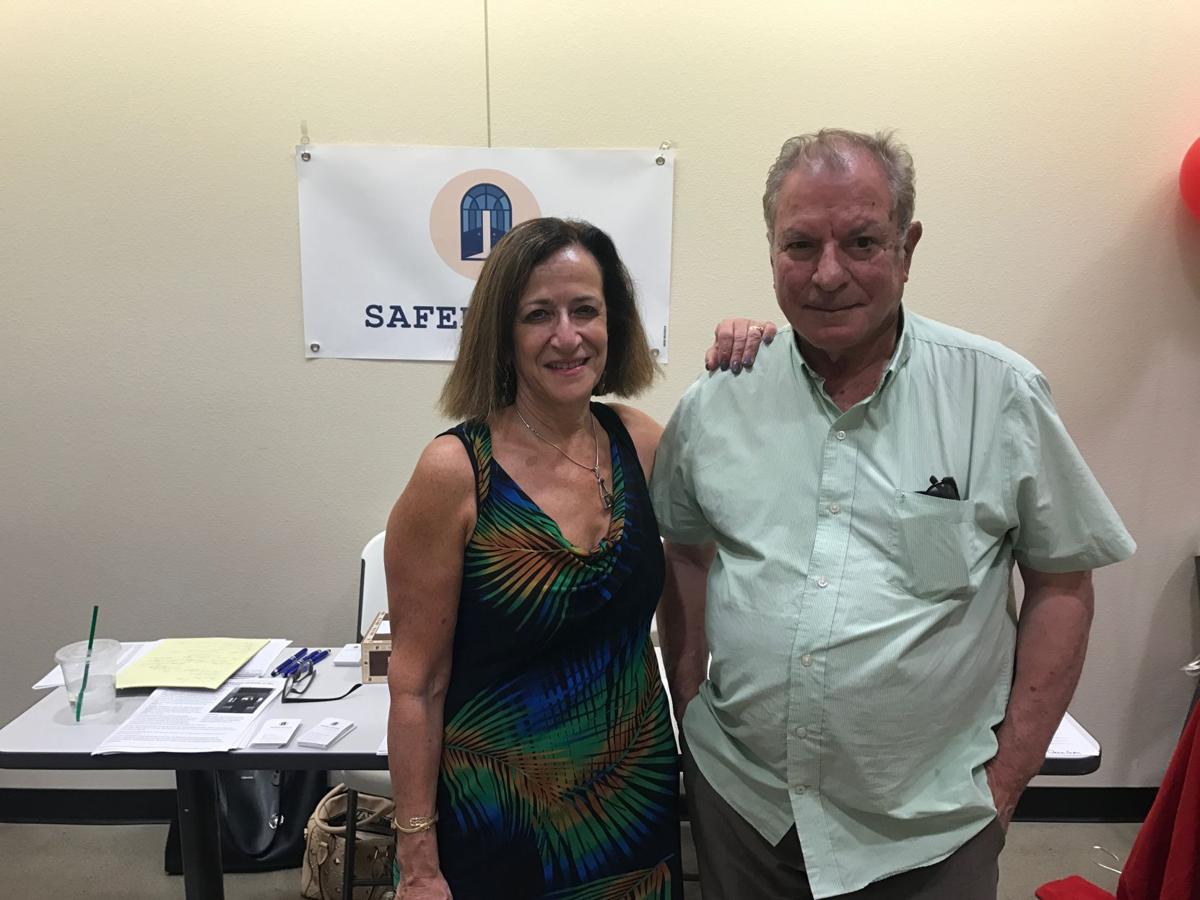 From left to right, Susan and Sami Assadi are the founders of Safed House, which participated in World Refugee Day Phoenix for the first time this year.

From left to right, Susan and Sami Assadi are the founders of Safed House, which participated in World Refugee Day Phoenix for the first time this year.

On the evening of June 23, the Balsz Community Center in Phoenix was filled with the smell of injera bread, the colorful ensembles of Karen dancers and poetry, and rap in at least four languages. It was part of Many Voices and One Humanity, the last in a series of events held throughout the week as part of World Refugee Day Phoenix.

First celebrated in 2001, World Refugee Day was created by the U.N. to commemorate the strength, courage and perseverance of refugees. While these are challenging times for the growing number of displaced people both in the U.S. and abroad, the Phoenix event had a celebratory feel.

The lobby and hallway leading to the center’s main hall was lined with tables bearing jewelry or homemade soap from refugee artists and entrepreneurs. Other tables held information from some of the event’s sponsors, such as the Safed House, the International Rescue Committee, Helping Hand for Relief and Development, and the Welcome to America Project.

Manning one table was Susan Assadi, who founded and runs the Safed House with her husband, Sami, who is a Palestinian refugee. The nonprofit provides a welcoming and culturally sensitive space for refugees and recent immigrants to share their stories.

Assadi’s decision to work with refugees was influenced by her family’s brand of socially conscious Judaism, in addition to her husband’s experience as a refugee. Her grandmother’s efforts helping Jewish refugees in Paris emigrate to the U.S. in the 1930s was another important source of inspiration, as was her own parents’ work with nonprofit agencies and foundations.

She was excited to be able to connect with so many organizations serving refugee and immigrant communities, in addition to connecting with so many refugees who could potentially benefit from her services, such as role-playing activities designed to identify and fill in gaps in knowledge of American customs and social norms.

“There needs to be a little bit of coaching on cultural sensitivity training,” Assadi said. “The Syrian men, a lot of them are Muslim and don’t want to shake hands. We say this may be awkward for you culturally, but let’s try to help you get past that.”

Early in the week, Safed House announced the winners of its annual essay contest, which offers refugees and recent immigrants high school age or below an opportunity to share their experiences of coming to the U.S. and the struggles to adapt once they arrived. First prize went to Alaa Alotham from Syria, with second place going to Poung Change from Myanmar.

Colby Jeffers performed his song “Change the World,” which has more than 60,000 views on YouTube, with friends Dusenge, a refugee from Rwanda, and Pouya, a refugee of the Baha’i faith from Iran. Dusenge performed several verses in Kinyarwanda, the official language of Rwanda, while Pouya performed in Farsi.

Next, Pakistani poet Mahmood Ashraf read one of his poems in Urdu, which he explained explored his own experiences and struggles as a refugee.

The performances paused for dinner. Refugees from countries such as Congo, Afghanistan, Ethiopia and Myanmar prepared traditional dishes from their homelands.

After dinner, a group of young members of the Karen Culture Organization of Arizona performed a Don dance, a traditional part of Karen New Year’s celebrations. The Karen once lived in southeastern Myanmar, though large numbers have been displaced into Thailand.

Fatima Alhami, one of the bakers, explained through a translator that she was a teacher in Syria before being displaced by the war in 2011. At first, her family relocated to Jordan, where her husband opened a restaurant. Unable to cover fees imposed on refugees by the Jordanian government, the family came to the U.S. through a U.N. resettlement program.

Since its establishment, the group has held around seven bake sales at religious centers around the Valley, including Congregation Beth Israel and Temple Emanuel of Tempe. The proceeds benefit the bakers, according to Tan Jakwani, a volunteer organizer for the project and an advisory board member for Phoenix Refugee Connections.

Other organizations also noted the Jewish community’s generous support for refugees and the groups serving them, such as the Welcome to America Project, which welcomes refugees to their new communities, in addition to providing furniture and other basic necessities. One of the organization’s board members is a member of Congregation Beth Israel, which has donated to the organization and sent volunteers as well, according to Mike Sullivan, the project’s program coordinator.

The Welcome to America Project currently shares space with PCs for Refugees, a local nonprofit that refurbishes old computers and gives them to refugees. PCs for Refugees receives donations from synagogues around the Valley, including Temple Chai and Temple Kol Ami. JN