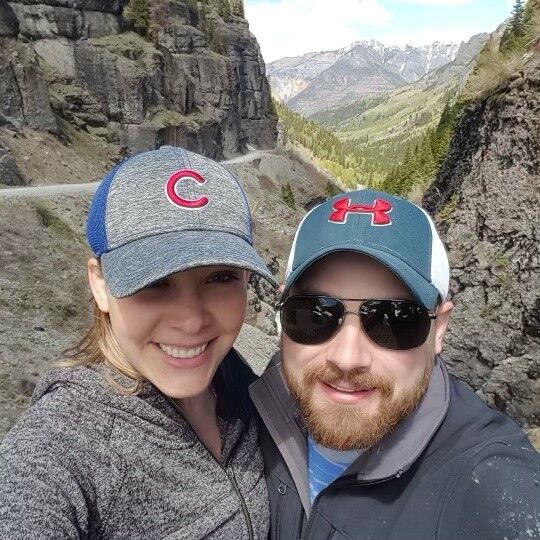 Jennah and Joshua Bauernfeind are converting to Judaism. Their first big step is taking Introduction to Judaism next month. 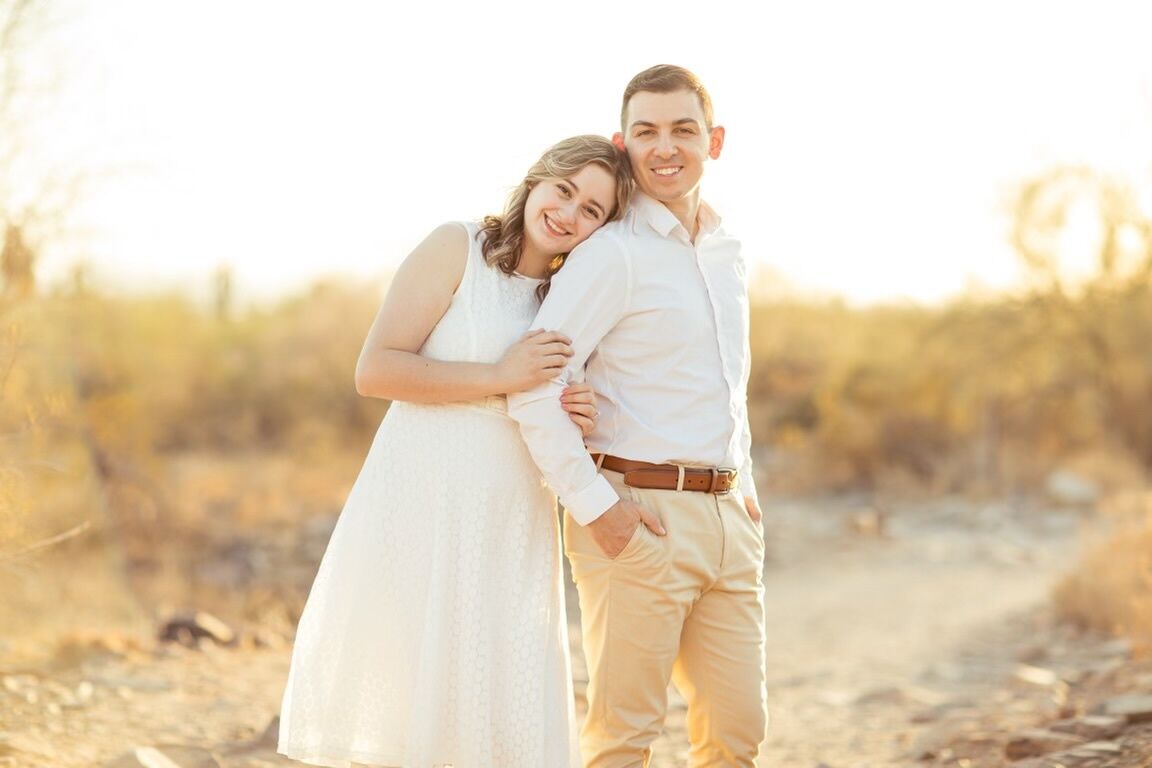 Engagement photo of Steven Giordano and his fiancee, Jessica Grossman.

Jennah Bauernfeind was raised in a Lutheran household but never really took to her Christian faith. Meanwhile, Joshua, her husband, grew up without much religion at all. But the absence of faith marked a deficit in their lives, and as 2019 came to a close, they each decided to investigate world religions determined to find something that suited them both.

Serendipitously, independent searching brought them to the same conclusion: They would become Jews.

Reform Judaism “felt right” to both — a feeling cemented by meeting Temple Kol Ami Rabbi Jeremy Schneider. They attended Shabbat services virtually — the pandemic had just begun — and started talking about an official conversion process. Next month, when the couple takes Introduction to Judaism, they will be fulfilling the first requirement to become a Reform Jew.

Twice a year in Greater Phoenix, four Reform synagogues — Congregation Beth Israel, Temple Chai, TKA and Temple Solel — offer the introductory class under the aegis of the Union for Reform Judaism, the movement’s umbrella organization. The class starts Oct. 7 and has 16 sessions, which touch on a wide range of subjects: holidays, life cycle celebrations, prayer, sacred texts, theology, not to mention the breadth of Jewish history, including the Holocaust and the American Jewish experience.

In each iteration one of the four synagogues takes the lead in hosting the class and setting the curriculum while clergy from the others assist.

The students have different reasons for coming. Some are Jewish and looking to brush up on their education — which likely stopped at a bar or bat mitzvah. Some are non-Jews, not looking to convert, but merely interested in expanding their general religious knowledge. But most students are considering converting or have begun the process. All four synagogues require the class for conversion.

Next month, hosting falls to Schneider.

Even though the class comes fast on the heels of High Holidays, a rabbi’s busiest season, Schneider finds teaching invigorating. And he’s been elucidating Jewish concepts since he was in high school. He had to — he was one of only three Jewish students out of 3,000 in his Houston public school — and people had questions.

He loved it, even when some lessons necessitated a deft touch so as not to offend.

When his high school attempted to teach kids the dangers of drunk driving by talking about the possibility of fatal accidents, they illustrated the point by showing graves topped with crosses. At 16, Schneider pointed out that not every grave is marked with a cross. He still finds himself raising similar issues.

He likes to surprise and challenge students in his intro classes by “talking Jewish” right off the bat, he said. Semantics matter, and his class is a safe space for students to break down familiar words and phrases that are often misleading or wrong.

When students use “Old Testament” to describe the Hebrew Bible or follow the year 2021 with A.D. instead of C.E., for example, it is a reflection of living in a majority Christian society.

This class is a chance to see the world through a new lens, a Jewish lens, he said.

But his priority is showing students how to “do Jewish” rather than teaching a rote list of things Jews believe, he said, and emphasized that Judaism isn’t something to be done while sitting on a couch eating popcorn.

“I’m a very visual person so whenever I teach, I always like to do activities and not just explain it from a book or as a lecture,” he said. A lesson on Passover will involve a model seder — for Sukkot, students make a sukkah out of graham crackers and candy.

“Every moment of the day is a teachable moment. I teach through, doing, living, being — everything,” he said.

It helps that this fall’s course will be hybrid — both in person at TKA and virtual for those who still aren’t comfortable being in a group.

Solel Rabbi Debbie Stiel taught the course last spring virtually. That limited one-on-one conversations as well as the students’ ability to get familiar with the space in the synagogue, she said, but “the class did get to know each other fairly well and had some deep conversations on areas of Judaism that were important to them.”

Steven Giordano took the course with Stiel and didn’t find the virtual aspect a problem. There were moments of lost internet connection, but things ran smoothly overall, he said. The big plus was that his Jewish fiancee, Jessica Grossman, could join him from time to time.

The couple met at University of Arizona’s Hillel, where they both worked. In fact, his friends were a little surprised to hear he had signed up for the course. Even though he isn’t Jewish, his time at Hillel had surely taught him the basics, they assumed. But the course covers so much ground, he said, the couple both learned a lot.

“It’s like a refresher if you are Jewish,” Giordano said. “And if you’re not Jewish, it’s really helpful.”

Schneider agreed with that assessment. Most Jewish students haven’t had a Jewish education in 20 years and have likely never had an adult Jewish education, and that puts them on a similar footing with students new to Judaism, he said.

“They’re all a blank slate.”

The Bauernfeinds are anxious for the instruction to begin. Though they had the option of taking the class virtually during the pandemic, they decided to wait for an in-person opportunity since “community is part of what we were looking for when we decided to pursue conversion,” Jennah said.

They attended the recent High Holiday services in person, fasted on Yom Kippur and are ready to hit the ground running.

“We love to learn, which is also why Judaism fits us so well.” JN