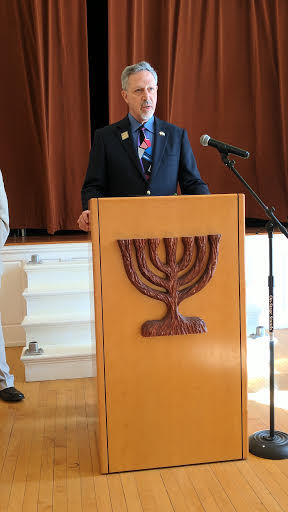 Rabbi Robert Kravitz, president of the Board of Rabbis of Greater Phoenix, speaks at the Anti-Defamation’s League’s gathering on Aug. 21 in response to the Charlottesville, Va., violence. 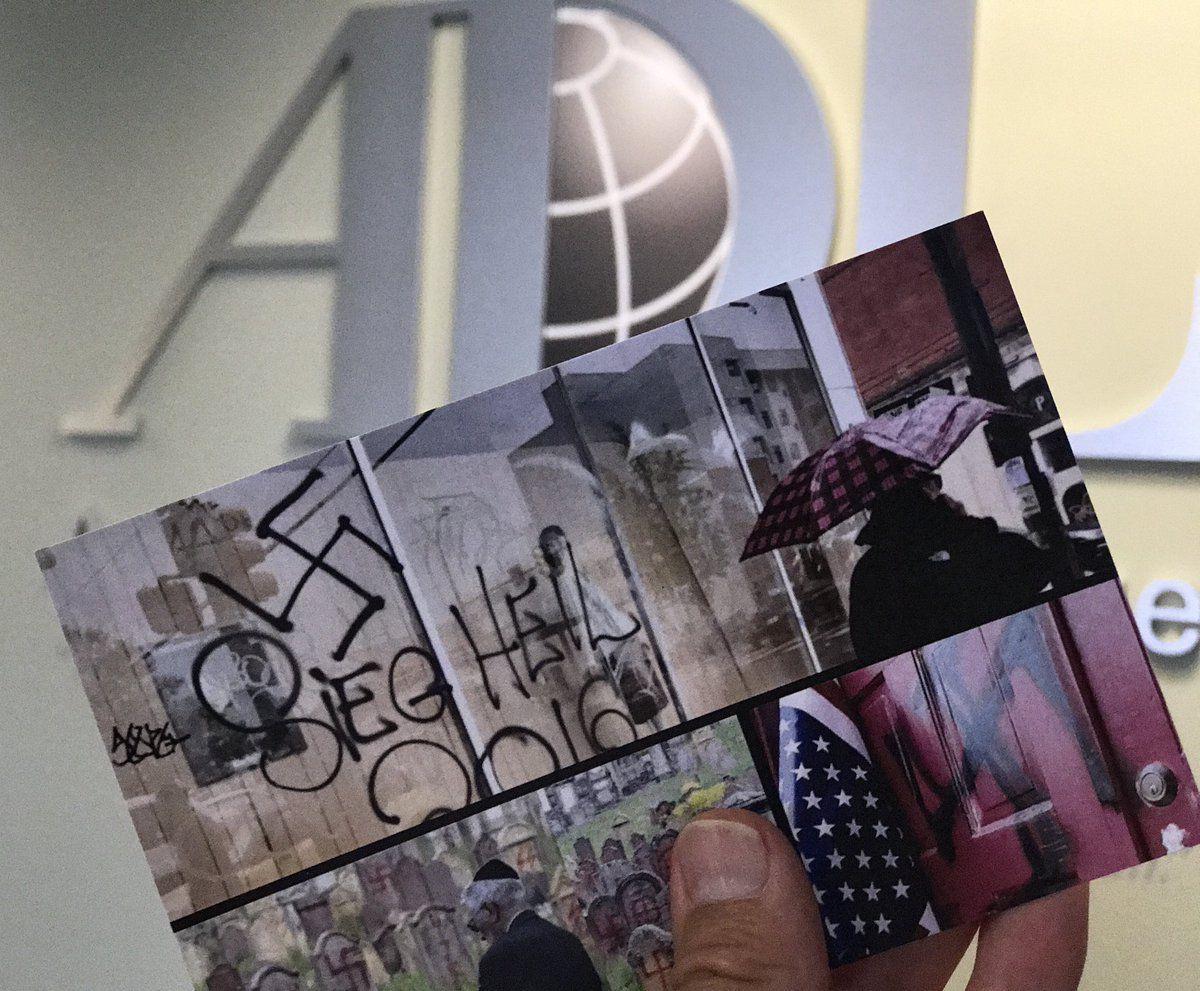 The Anti-Defamation League is distributing postcards to encourage members of the community to share their concerns about anti-Semitism with elected officials.

Rabbi Robert Kravitz, president of the Board of Rabbis of Greater Phoenix, speaks at the Anti-Defamation’s League’s gathering on Aug. 21 in response to the Charlottesville, Va., violence.

The Anti-Defamation League is distributing postcards to encourage members of the community to share their concerns about anti-Semitism with elected officials.

In response to the recent violence, racism and anti-Semitism on display at the “Unite the Right” rally in Charlottesville, Virginia, the Anti-Defamation League of Arizona hosted a meeting of Jewish communal leaders to discuss the current environment in the state.

Although the Monday gathering was held the day before President Donald Trump’s visit to Phoenix, Carlos Galindo-Elvira, director of the ADL’s Arizona region, emphasized that the meeting was not meant to be political.

In the immediate aftermath of Charlottesville, Trump was widely criticized around the country for not condemning white supremacist groups and blaming “many sides.”

Galindo-Elvira said the ADL-organized program, called “Jewish Communal Response & Reflection on Charlottesville,” was aimed at presenting “a Jewish viewpoint on the current environment and what we all hope to do to create a better place where there is no place for hate.”

The meeting took place at the Cutler-Plotkin Jewish Heritage Center in Phoenix.

Galindo-Elvira highlighted some of the ADL’s recent moves in continuing to fight anti-Semitism in Arizona, including the state ADL’s call for the enactment of a stand-alone hate crime statute in Arizona.

The ADL has also launched a campaign that involves distributing postcards for people to communicate their concerns to elected officials. The ADL will pay the postage.

“It’s important to get our leaders on record opposing anti-Semitism and all forms of hate,” Galindo-Elvira said.

At the event, Tempe City councilman David Schapira, a candidate for state superintendent of public instruction and a third-generation Arizonan, said he experienced anti-Semitism several years ago while running for the state legislature. Swastikas were painted on his campaign signs and neo-Nazis threatened him and his family on social media. He said it is disheartening to see the recent resurgence of neo-Nazism, not only in the country, but also in Arizona.

“I’ve had more threats, more anti-Semitic comments posted on my page in the last two weeks than I had in 12 years of public service,” he said.

Schapira, along with state Sen. Robert Meza, organized the “Never Again: Jews and Allies Against Hate Rally” held on the afternoon of the president’s Aug. 22 visit.

Rabbi Robert Kravitz, president of the Greater Phoenix Board of Rabbis, emphasized at the communal meeting on Monday that “hatred, bigotry, prejudice, racism have no place in our country. We have too many different types of people living here, of all different backgrounds and we need to be accepting of them.”

“We are all standing against the injustices that our Judaic values compel us to address when anyone is marginalized or excluded,” said Karolyn Benger, JCRC executive director. “We are engaging with different racial, ethnic and faith communities because, as recent events have highlighted, our communities need to engage with each other. We need to understand each other.”

Lawrence Bell, AZJHS executive director, explained how the organization’s programs try to promote peace and mutual understanding between different people. He also pointed out that the facility where the gathering was held, the Cutler-Plotkin Jewish Heritage Center, was Phoenix’s first Jewish house of worship before housing a Chinese Baptist church and then a Mexican Baptist church.

“This building itself is a testimony to what we are talking about,” he said. “That we can all live together in this country.”

Other Jewish communal reactions to Charlottesville included a post on the Jewish Federation of Greater Phoenix’s Facebook page on Aug. 15:

“The Jewish Federation of Greater Phoenix and Federations across North America are appalled and saddened by the violence in Charlottesville this weekend. This display of hate, bigotry, racism, xenophobia and anti-Semitism has no place in America. We are horrified and sickened by the messages spewed at the rally, and by the deaths and injuries sustained. Our condolences to the families of those who have lost their lives and a speedy recovery to the injured.”

Galindo-Elvira also said the ADL would continue working with law enforcement, responding to hate incidents and partnering with schools on its “No Place for Hate” initiative, which is active in 40 schools throughout the state for grades K-12. JN