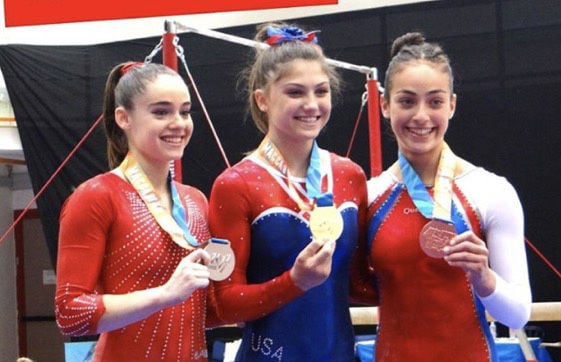 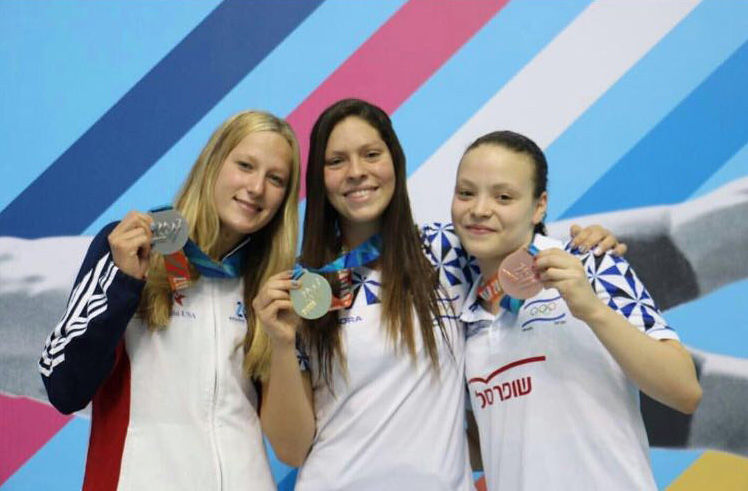 Samantha Krew, left, holds up one of the five silver medals she won at the 20th Annual Maccabiah Games in Israel. 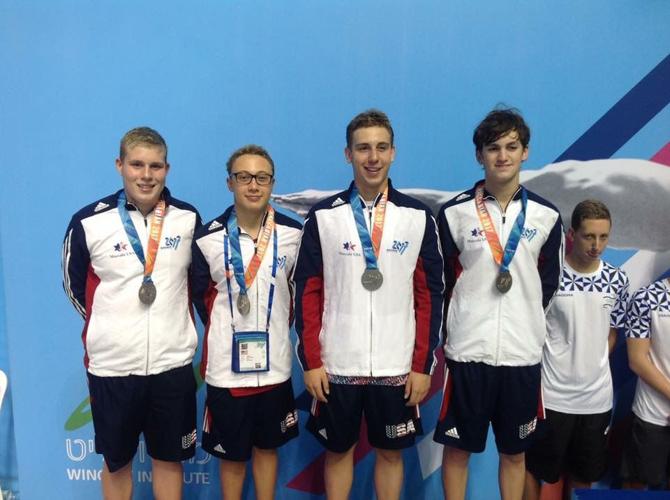 Samantha Krew, left, holds up one of the five silver medals she won at the 20th Annual Maccabiah Games in Israel.

The 12 Valley athletes who made up part of Team USA at the 20th annual Maccabiah Games have brought home a total of 14 medals.

Dubbed the “Jewish Olympics,” the games opened on July 4 and ran through July 18. Team Maccabi USA sent more than 1,100 athletes to compete against 7,000 other athletes hailing from more than 80 nations. This year’s games were hosted in Jerusalem, coinciding with the 50th anniversary of the reunification of the city.

Samantha Krew brought home the most medals, with five silver and two bronze. She competed in the women’s junior swimming category.

“We were overwhelmed with emotion,” said Samantha’s mother, Kim Krew. “Samantha has worked so hard, and to see it all come together in that one moment was indescribable. We are just so proud! Samantha has been so excited about her accomplishments. Each race has given her more confidence to believe in herself and see that anything is possible.”

Evelyn Micco earned a gold medal in the uneven bars in the women’s open gymnastics category.

Madison Kirsch earned a bronze medal on the balance beam in the women’s junior gymnastics category.

Team USA won the bronze in the masters ice hockey competition. David Rosenfeld of Paradise Valley was part of the team.

“We lost to Canada in the semis and beat Israel for the bronze,” he said.

Overall, Team USA came in second in the Games’ medal count with a total of 106 medals. Team Israel came in first with 323 medals.

As of press time, some final competitions at the Games were still in progress. Jewish News will provide updates on the final results. JN