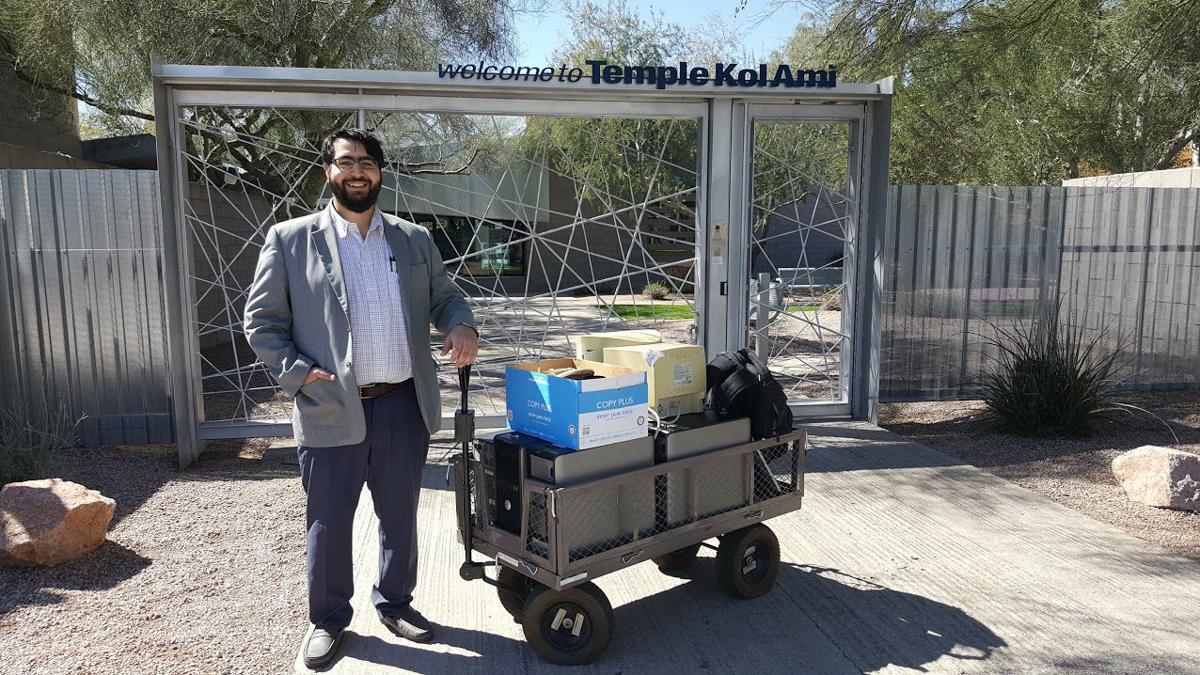 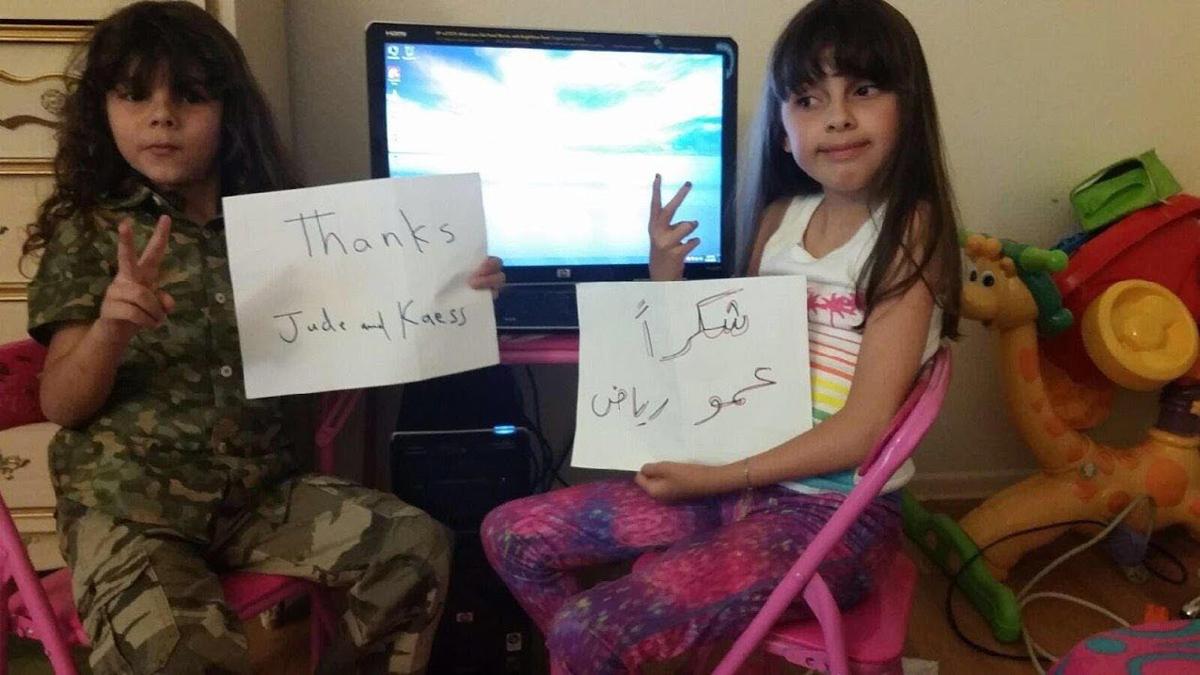 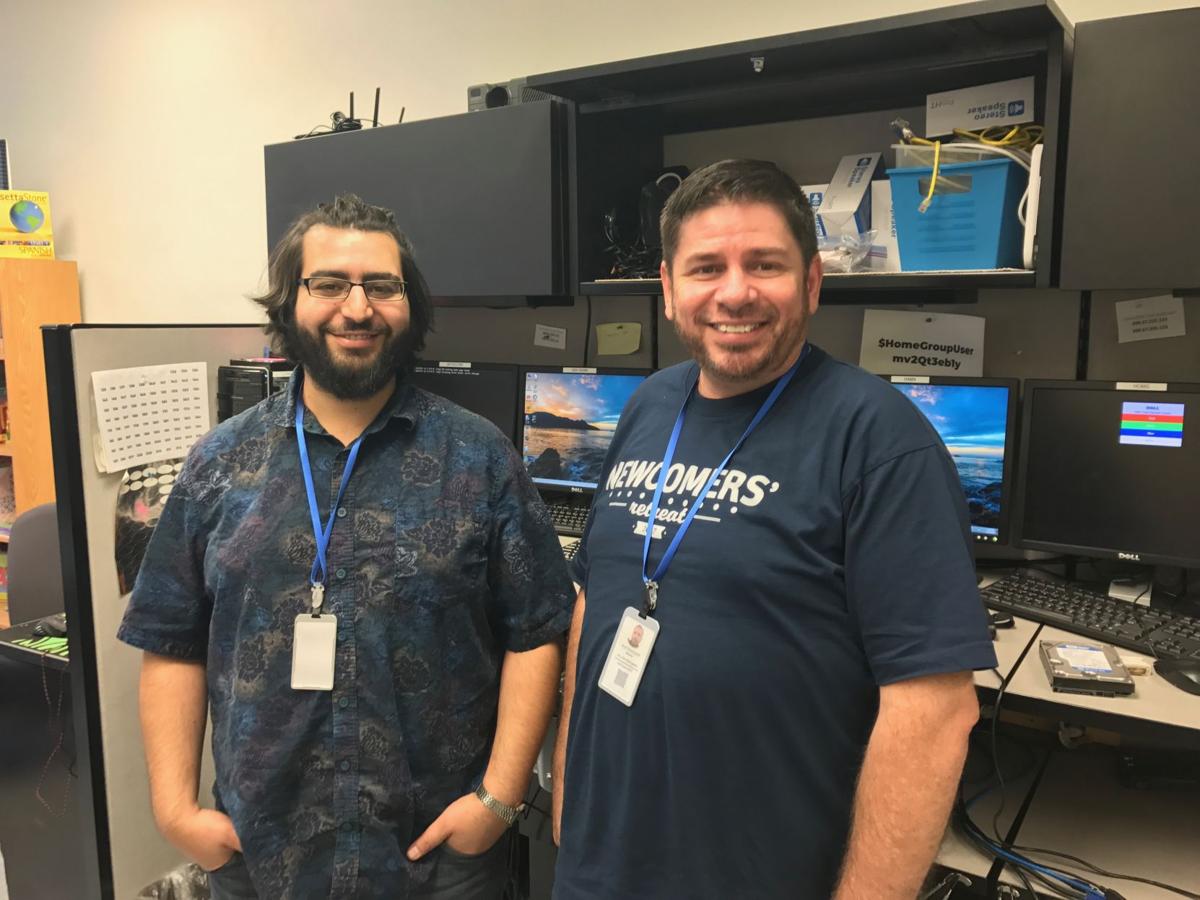 Temple Chai and Temple Kol Ami are both now official collection centers for PCs for Refugees (PFR), a local nonprofit that refurbishes old computers and gives them to refugees in the Valley.

Riad Sbai, the founder and president of PFR, said his parents moved to the U.S. from Syria in the late ’80s. Over the last few years, he watched the growing conflict in Syria with a mix of sadness and frustration. He wanted to do something to help but didn’t know what. Then he learned that refugees from the conflict were being relocated to Arizona.

“I visited a couple of families with my mom,” Sbai recalled of November 2015. “Out of the first four families we visited, I noticed that none of them had a computer. I’m a computer geek and I was like, ‘That’s kind of a big limitation.’ I thought if I can get them a computer, get them on Duolingo and Rosetta Stone to help them pick up on the language, maybe that’ll help them integrate into the community a little better, help them communicate with their peers at school and help the parents get more advanced job skills.”

Sbai donated an old computer he had to one of the families. After witnessing the impact it had, he wrote a Facebook post calling for others to donate, and they did. PFR officially started shortly thereafter.

“When we heard the presentation by the fellows from PCs for Refugees, we looked at each other and said, ‘This is a no-brainer,’” Eisinberg said. “Everybody’s got old computer equipment laying around the house that we can’t bear to throw away but [that we] never use again. So we decided to do a collection at Temple Chai and it was launched around the High Holidays.”

Rabbi Jeremy Schneider of Temple Kol Ami also learned about PFR at one of the two events.

“I spoke to my congregation and asked them to pull their old towers or laptops out of their closets and put them to good use,” Schneider said. “Initially, those drives produced a significant number of PCs and laptops, so much so that we set up a bin to store them because they were coming in at such a high rate.”

Fortunately, PFR knows what to do with that kind of volume. At the PFR office in Phoenix, Sbai explained how their all-volunteer staff prepares the computers by wiping all hard drives between three and seven times using a program called DBAN. After that, the staff will often upgrade a machine’s memory. Then it’s ready to be loaded with educational software as well as forms to help families get health care and apply for other benefits.

PFR also provides mice, keyboards and speakers. They even run the keyboards through a dishwasher to remove dust — though he recommends skipping the heated dry cycle.

Given that the refugees PFR serves come from all over the world, the clients have widely differing levels of experience with computers. Some of them, Sbai noted, have never even used a computer before. So PFR works with each family to customize the software package to fit their needs, whether it’s math programs to help a struggling student or the most recent version of Excel for business purposes.

When the computers are ready, Sbai and other volunteers deliver them to the clients’ residences, taking at least an hour to train the clients on how to use the computer and software. PFR also helps connect families to the internet by registering those who are eligible with the Connect2Complete program. The flagship program of EveryoneOn, a national nonprofit working to eliminate the digital divide, Connect2Compete provides discounted internet access for low-income families. If a child is eligible for the National School Lunch Program, then their family qualifies to receive internet access for $9.99 month plus tax. Also, they are exempt from deposits, contracts and installation or modem rental fees.

Sbai noted that the Jewish community is one of PFR’s most significant sources of donations, both through the collection centers at the synagogues and through individual and corporate donations.

To date, PFR has helped get computers to 256 families in the Valley, and it now has chapters in Tucson and Pennsylvania. PFR’s computers have helped 15 students learn to write computer code, three adults start businesses and even assisted one woman to prepare for and then enroll at a university, the first person in her family ever to do so.

To donate to PFR, people can bring supplies to the bins at Temple Kol Ami or Temple Chai, or contact PFR directly through its website, pcsforrefugees.com.