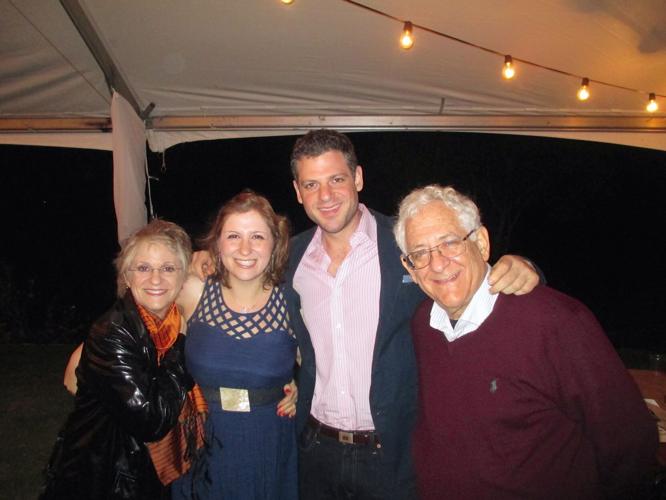 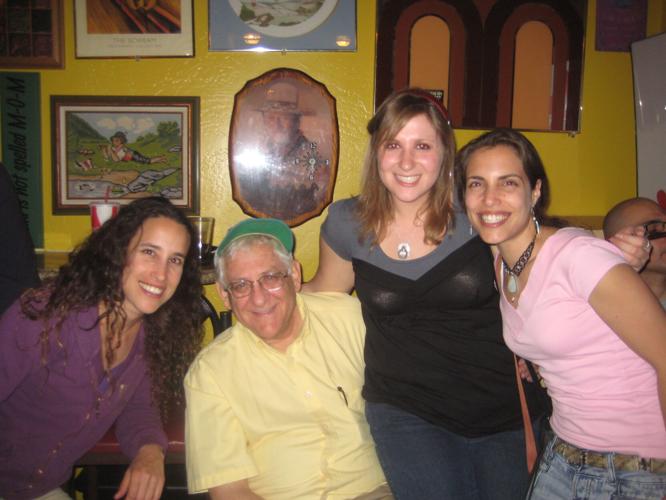 Rabbi Barton Lee his daughter Nira, to his right, and ASU Hillel students.

Rabbi Barton Lee his daughter Nira, to his right, and ASU Hillel students.

Lee was Hillel at Arizona State University’s first full-time professional staff member as rabbi and executive director for 42 years before he retired in 2014.

As an ASU faculty associate, Lee taught courses in history, religious studies and Jewish studies and was also a longtime educator with the Bureau of Jewish Education of Greater Phoenix.

In 2011, Lee and his longtime friend and colleague, Rabbi Roy A. Walter, published “My Prayers: A Jewish child’s book of prayers for every day.”

Nira Lee said her dad had the kindest heart, was a great listener and loved his work at Hillel.

“I don’t remember a time in my life where he made me feel bad about myself,” Nira said. So many people are quick to give advice and aggressively advocate for what they think is best for somebody else, “and that was not him,” she said. “He would listen and guide the conversation in such a way where it helps you choose the direction. And he never was arrogant enough to believe that he knew better.”

Her dad was also a bit of a goofball, she said. “A lot of people talk about this twinkle in his eyes, and a lot of it was mischief, and silliness,” Nira said. “He never took himself too seriously.”

He used to joke that he loved college so much that he never left.

Debbie Yunker Kail, who succeeded Barton Lee as executive director for Hillel at ASU, said she has always been “deeply grateful” to Lee for welcoming her to Hillel and the Jewish community in 2013. “He spent significant time orienting me and helping me connect with key friends of Hillel, and he celebrated with me as Hillel continued to grow. I enjoyed connecting to and learning from each other over lunches at Byblos and even a ride or two on his golf cart,” she said in a statement.

Lee made whoever was in front of him feel like the most important person in the world, “and to Rabbi Lee, they were just that,” she said.

Hava Tirosh Samuelson, director of Jewish Studies at ASU, said Lee imparted his “vast” knowledge of Judaism and his “passionate love” of Hebrew language and literature to scores of students, “inspiring them to be informed, socially engaged and caring.  We miss his leadership, generosity of spirit and wisdom.”

Steve Goldstein, the past chair of the Hillel Board of Directors, said Lee was an “institution for not just Hillel at ASU but the entire Hillel International community.” There has been an outpouring of love from ASU students wanting to leave messages for him, which he said is “an indication of the kind of mark he made.” Lee made ASU a welcoming and safe place for Jewish students for decades, he said.

Lee officiated at Goldstein’s daughter’s bat mitzvah in 2004, and Goldstein’s son went on the last Birthright trip that Lee supervised. “He was always extremely kind to our family and we’re going to miss him,” he said.

Shelley Cohn, who served three terms as president of the Hillel board, called Lee an icon. “The thing about Rabbi Lee is that the students were number one. He was dedicated to being present for them for both joyful and challenging occasions,” she said.

Cohn first met Lee when she was a graduate student at ASU, and like many others, found him to be warm and welcoming.

Ross Kader considered Lee to be his mentor, close friend and rabbi. Kader was an ASU student when he first met Lee and his wife, Marcie, around 2005. “It really helped me just seeing them model their behavior and their approach to Judaism, and just who they were as people was so encouraging. It made me feel more connected to my Jewish roots,” he said.

Kader remembers walking into the Hillel building on ASU’s campus and immediately feeling welcome. “He always made time for his students,” he said. “You could just walk in and students were sitting around in his office and chatting. He was always so approachable and kind.”

Lee officiated Kader’s wedding, and the two had since kept in touch.

Nira felt like she grew up at Hillel -- the campus building was her second home. She used to hide in the art supplies closet upstairs, sleep on the leather couches and raid the kitchen after school for Diet Coke.

“People sharing stories and reaching out is bringing back a lot of memories and reminders of how loved he was and how many people he touched,” she said. “That’s been really special.”

Hillel at ASU is collecting tributes, thoughts, memories and photos of Lee to be shared with his family at a later date. To participate, visit https://tinyurl.com/rabbileetribute. JN