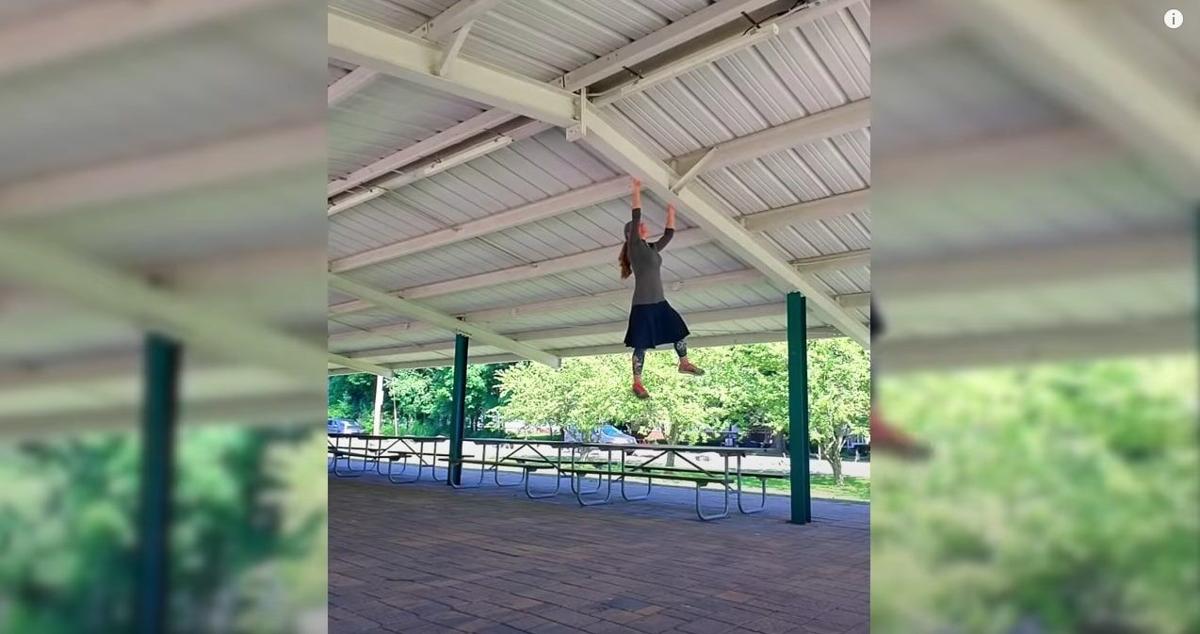 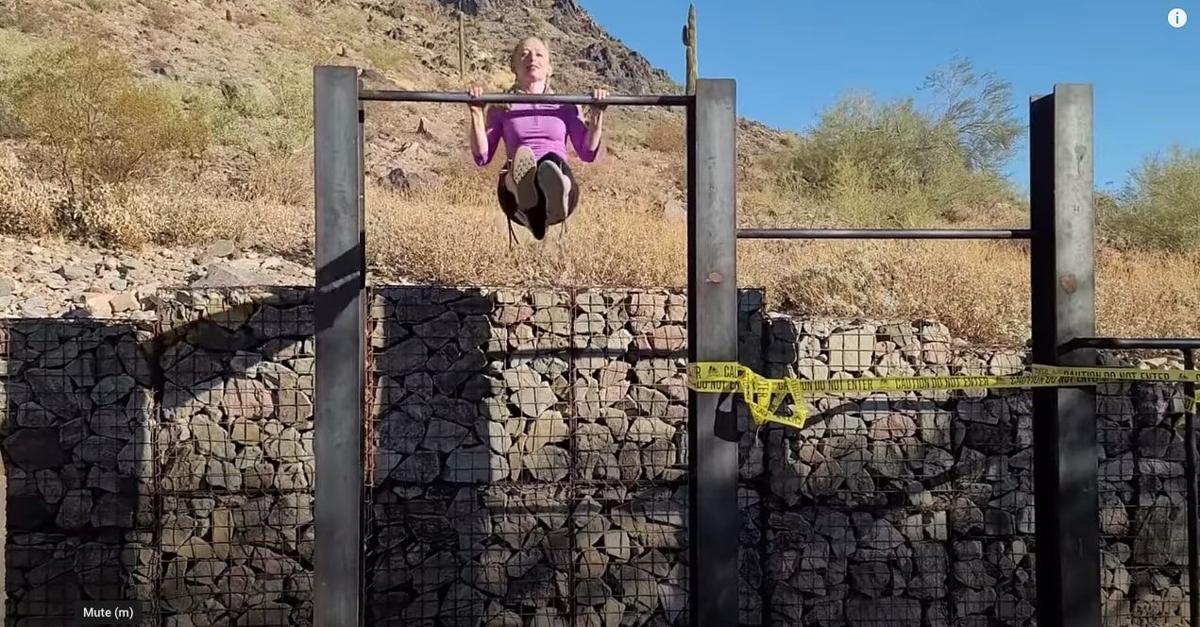 Liba Yoffe grew up watching “American Ninja Warrior” on TV, but she never thought she’d be on the show — and, certainly not as the show’s apparently first Orthodox Jewish woman.

As a viewer, she enjoyed seeing the jaw-dropping feats of strength. She marveled at how competitors would conquer obstacles like the “shrinking steps,” in which an athlete must run across five steps that lower upon impact, or the “spinning log,” which resembles a moving balance beam.

“Also, every Ninja has a story, which I realized even more when I was on the show,” said Yoffe, 35, who lives in Phoenix. “Everybody who is there — you’re there because you’re an athlete — but you also have a story; so you’re with a group of really amazing people.”

Yoffe’s own story is one of perseverance.

Exercise was always Yoffe’s outlet. As a teenager, she would ride her bike five miles to school and back; she would roller blade, play basketball, swim, climb on whatever she could find — “anything active, I was there.”

But she never had exposure to fitness competitions. “I always felt like I was missing out,” she said. “I felt like, ‘If only I could go to public school, because then I would be able to compete and be on a team.’”

As a young woman, she suppressed her interest in sports and fitness because she felt some shame in wanting to be labeled as “a strong girl” as opposed to “a pretty girl.”

“The more religious world doesn’t understand how valuable it (strength) is to a girl’s self-confidence. And so they don’t put enough emphasis on it,” she said.

When Yoffe started power lifting, she realized just how strong she actually was and loved the way she felt. “I stopped caring about any of the other stuff.”

She described herself as “super competitive,” and two years ago began pursuing opportunities to enroll in national power-lifting competitions. But ultimately, she did not pursue that goal, because she was not allowed to compete while wearing a skirt, which she felt compromised her values.

A Jewish athlete who knew about Yoffe and her unique story reached out to her and encouraged her to look into the sport of Ninja as another avenue of competition, which would likely be more amenable to her religious needs.

“I was like, ‘I’m up for the challenge,’” she said. “I walked into a Ninja gym and it was such a different type of sport, because there are no rules — just don’t fall.”

She began training and got the whole family involved.

Her husband built a Ninja course in the backyard, and her four kids — a 12-year-old-daughter and three sons, ages 10, 7 and 4 — are just as excited about “American Ninja Warrior” as she is.

Her kids even participated in her audition video for the show, with her daughter, Tehila, kicking things off with, “Hey, Ninja people, introducing my mom.”

And Yoffe lets the audience know right away how important her religious identity is.

“I love my religion, I love my culture, but there’s something missing. It needs to be normalized to do sports, to be into athletics,” Yoffe said in her audition video. “I want to show the leaders of our communities that girls and women should be able to do sports while maintaining their faith.”

Her daughter was diagnosed with alopecia when she was 2, causing her to lose all of her hair.

“I knew at that point that if I personally didn’t become extremely self-confident from within myself, there was no way that I would be able to raise a confident daughter,” she said in the video.

Yoffe was faced with a unique challenge right away when filming for the current season occurred during Passover. It took place in Tacoma, Washington, and the whole family went with her.

“It was definitely not easy,” she said. “Any of the food they gave us, we couldn’t have.”

But the show went out of its way to offer her flexibility in her travel schedule during Passover, she said.

A spokesman for “American Ninja Warrior” did not respond to a request for comment on the show’s decision to extend flexibility to Yoffe.

Participating in the show was Yoffe’s first national competition and also her first time being on TV.

“Some parts of it were really fun,” she said, like the photo shoot she did. But the actual competition was very “nerve-wracking.”

“Sometimes you fall or you’re a little bit off balance, and that’s it — you’re out,” she said.

Yoffe said her kids all want to be Ninjas now. “They’re really into it and excited about it.”

Yoffe and her family moved to Phoenix from Queens, New York three years ago seeking a slower-paced lifestyle.

“We’re really happy that we made that move,” she said.

Yoffe is back at the Ninja gym preparing for her next go-around and running her business, Spirit Fit Life, which is dedicated to helping women find their strength from the inside out. JN

Yoffe hopes to see herself on TV the evening of Monday, June 21, on "American Ninja Warrior." Streaming is available here: https://www.nbc.com/american-ninja-warrior/episodes