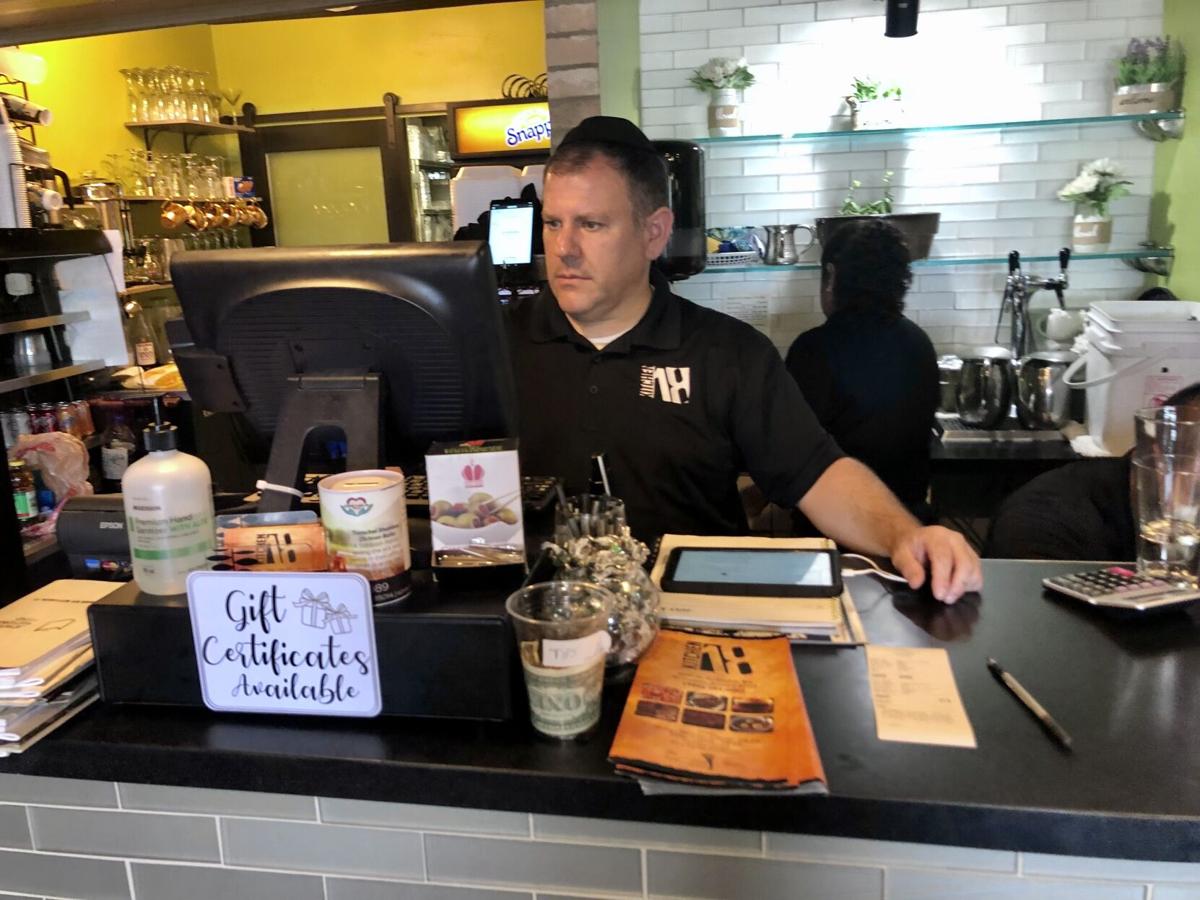 Rabbi Jordan Brumer behind the counter at Kitchen 18 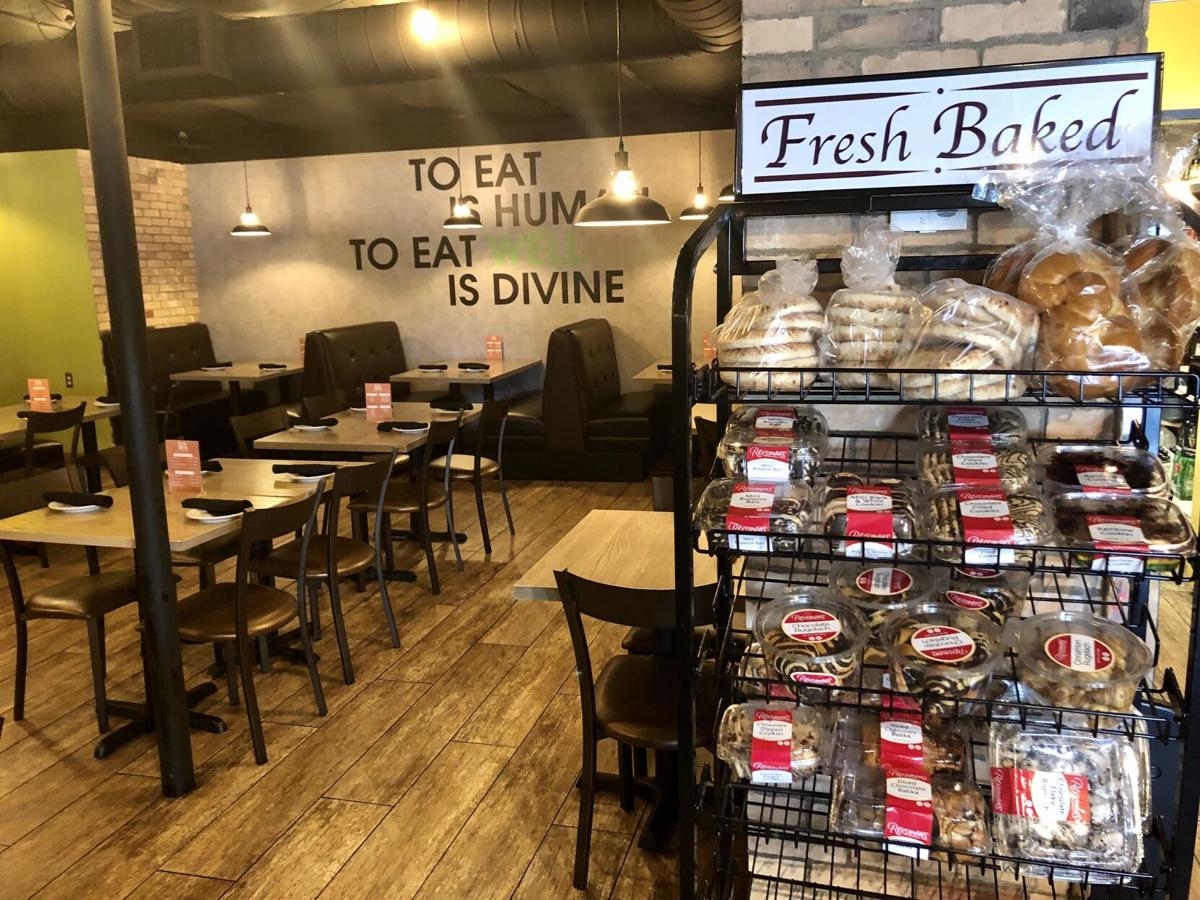 Rabbi Jordan Brumer behind the counter at Kitchen 18

“I’ve always been fascinated with restaurants and catering — and just the hustle and bustle of a restaurant and a kitchen,” he said.

On May 1, Brumer became the owner of Kitchen 18, a staple of the Phoenix area’s kosher restaurant scene. He’s long enjoyed the restaurant as a customer, and when he heard the previous owner, Natan Uvaydov, was looking to sell, Brumer approached him.

“As I tell people, I fell off my chair, banged my head and the next thing you know I owned a restaurant,” he joked.

Brumer doesn’t have any previous experience in the restaurant industry. For the past 16 years, he has run Jewish Arizonans on Campus, which he also founded. He said there’s “definitely a lot of overlap” when it comes to managing staff and working with the administrative side of things. Kitchen 18 has six full-time staffers in the kitchen, and six part-time servers. Brumer is now the president of JAC, and his wife, Risa, took over his role as director.

Many who know him, or used to eat with him at the restaurant as a fellow customer, are surprised to learn Brumer owns it now.

“It’s almost like when you watch an actor in a movie and then watch a different movie with the same actor,” said Jeremy Rovinsky, who eats at the restaurant every so often. “One day I see Rabbi Jordan Brumer in a white shirt on a college campus or something, and the next day I see him in the Kitchen 18 outfit running the restaurant.”

Brumer said regulars are getting a kick out of seeing him on the other side of the counter, and many are eager to share new ideas for the restaurant.

“When we would go with our family we would see people repeatedly,” he said. “I have sensed a strong communal support.”

Tempe resident Rafi Turner eats at Kitchen 18 about once a month. “It’s the best restaurant in town, I’ve always said that.” He likes the menu the way it is — his favorites are between the orange and sesame chicken. “But they have a good steak salad too. You can’t go wrong on their menu. I mean, their wings are really good, too.”

Brumer doesn’t anticipate any big changes. “I’m a big believer in ‘If it’s not broken, why fix it?’” he said, but he’s made a few tweaks and there may be more on the way. He’s brought back some non-meat items, aims to expand the catering part of the business and is considering putting sushi back on the menu, by popular request. Brumer said customers are also encouraging him to bolster the alcohol menu.

Uvaydov is excited to see Brumer try new things and wishes him success. He renovated the restaurant during the pandemic, which he hopes has given Brumer a great fresh start.

The main clientele of Kitchen 18 are out-of-towners, and the pandemic took a toll on the restaurant — and the entire industry.

Twelve percent of the 100,000 restaurants that existed in Arizona at the beginning of 2020 are now closed, according to Susie Timm, president of Knife & Fork Media Group, which represents the Arizona Restaurant Association.

Brumer said he is seeing an uptick in tourists and is hopeful that will continue.

The sale of Kitchen 18 marks Uvaydov’s exit from the restaurant industry. He sold LaBella Pizzeria and Restaurant two years ago and Cafe Chenar 18 months ago. It’s been a meaningful endeavor, but Uvaydov, who has three young kids, wants to be a more present, energetic father.

“Every chance I had I was resting so I could have energy for when it was time to work,” Uvaydov said of his restaurant-owning life.

When he moved back to Phoenix in 2013 from New York, he felt the kosher food scene could use a boost. “I wanted people to have an opportunity to come and enjoy good, kosher food,” he said, especially travelers. When Uvaydov became observant in 2004 fueled by a desire to live a more family-oriented lifestyle, eating kosher food out of the house was his biggest challenge. “You can’t always bring lunch with you from home,” he said.

Brumer has seven kids, the youngest of whom is 7. So far, owning a restaurant isn’t exactly what Brumer expected, and he’s certainly gotten a taste of the hustle and bustle.

“There’s moments that it gets stressful when it’s very busy in the restaurant, and orders are coming in, and the kitchen staff is getting anxious and people are waiting in the restaurant for their food,” he said. “But it’s been fun so far.” JN