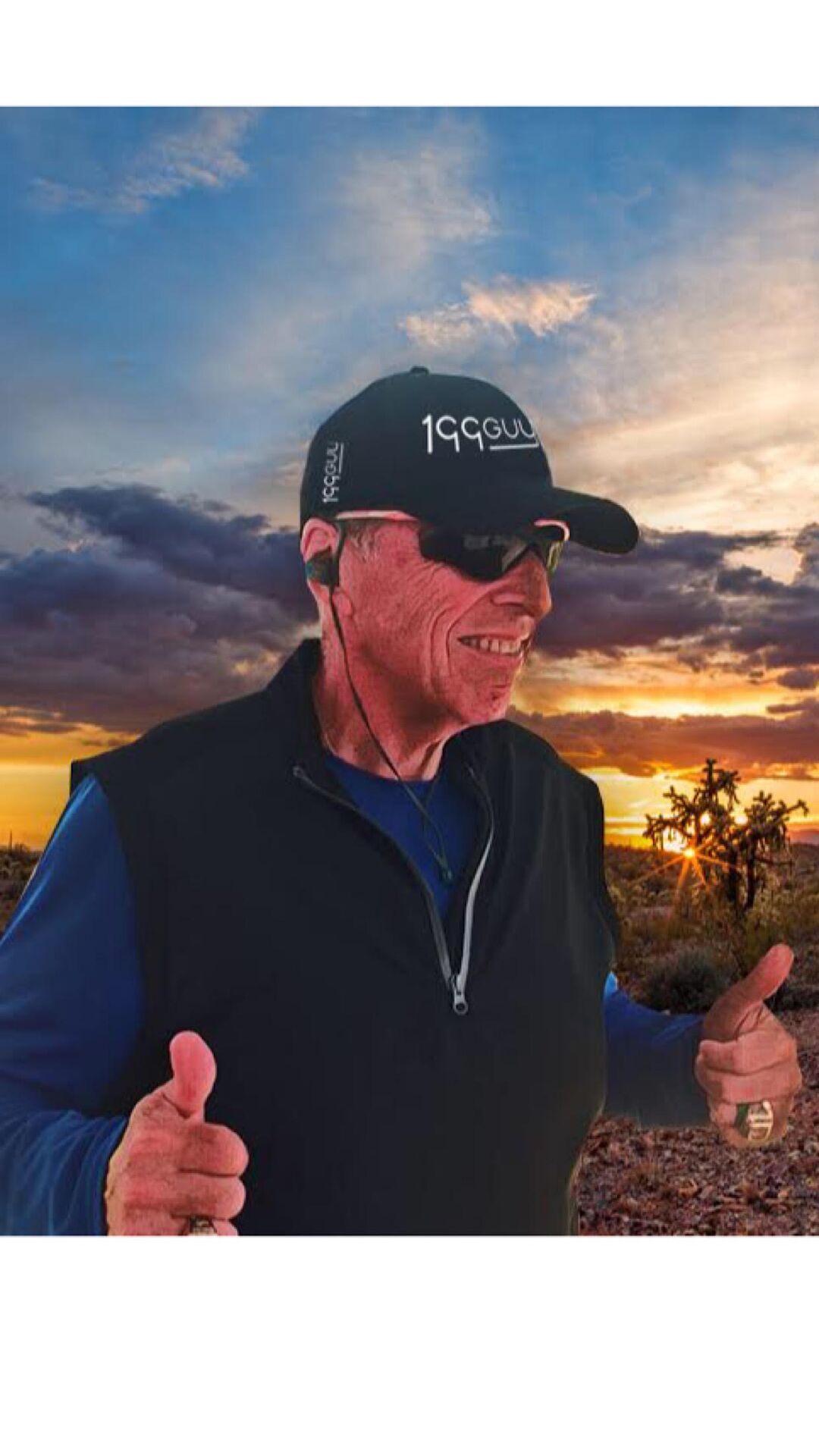 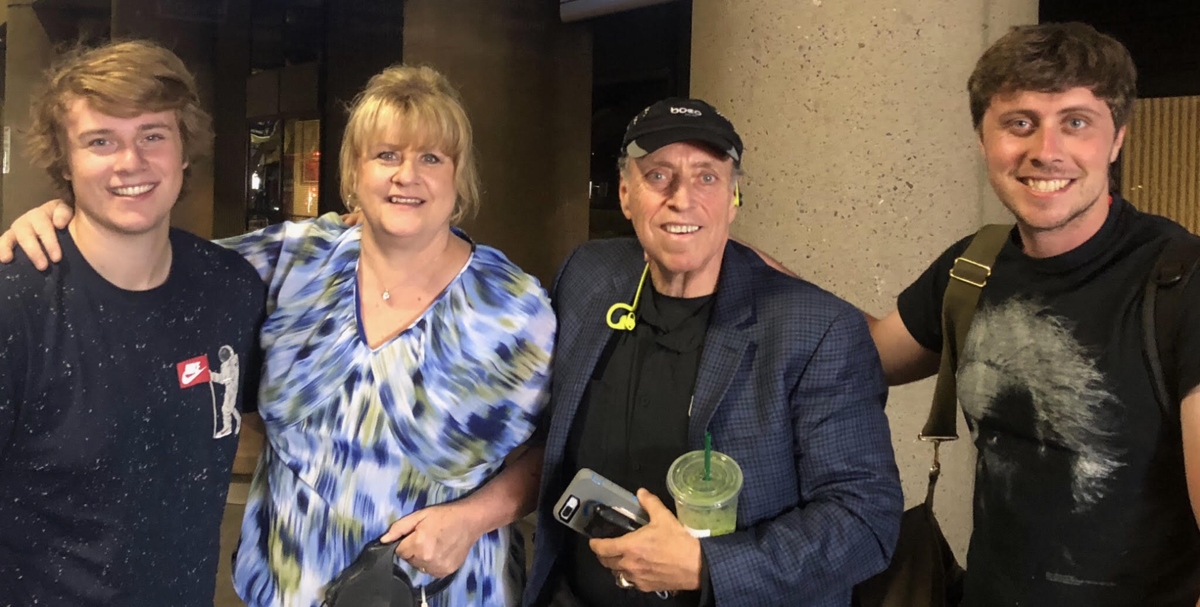 Neal Bendesky with his wife and two sons

By the time Neal Bendesky had his bar mitzvah, he knew that as much as he loved sports, he was better suited to sports management than as an athlete on the field of play. And while that saved him from the injuries prone to athletes, decades of working in a high-profile career in marketing and sales for a variety of university and professional sports teams still came with a physical cost.

By the time he turned 53 in 2014, he weighed 450 pounds. Years of traveling, sitting at a desk and stress had taken a toll. While talking to his doctor in Florida, he learned that he had some circulation issues and was on a dangerous path in terms of his overall health. ”And bottom line is, they told me that I was technically morbidly obese,” he said.

Hearing those words said aloud alarmed him. He was already struggling with chronic fatigue and couldn’t be as active with his kids as he wanted, but the doctor’s warning made him wonder if he would die of a stroke or a heart attack.

“I felt there was a clock going in my head — my wellness clock,” he said. “And it clicked that it was up to me. It’s now or never.”

Still, it wasn’t until he moved to Chandler the following year to work for the Arizona Rattlers, a professional indoor American football team, that he was struck with the realization that as someone promoting athletes on the field, it was time to start living the part. He was determined to acquire his motivation to live a healthier life, and he had what he calls his “accountability moment” at the Orangetheory Fitness in South Chandler.

Bendesky’s weight loss goal of about 200 pounds was much larger than what most people are looking to lose when they join a gym, but he believes that shouldn’t make a difference. With the right motivation, he said, no goal is too big, pointing to the 14 half marathons he’s run over the course of his journey. Having achieved his target weight, he calls himself “the 199 Guy.”

He also is a motivational speaker, promoting Orangetheory and describing his personal journey for various audiences. It’s work that comes naturally to him, he said, since his father sang in a barbershop quartet with him and his two brothers. They would perform at bar mitzvahs and weddings, where Bendesky developed a taste for the stage.

He has a few go-to stories he shares with audiences, even a few that he described as embarrassing. He tells how he felt in meetings as a representative of sports teams. As sharp as he might have felt mentally, physically he didn’t look the part, which undermined his confidence. He talks about dining at a pizzeria where one of his sons worked, and when Bendesky asked for a third slice of pizza, his son advised him to have a salad instead. “Technically, I was hearing the advice, but I didn’t listen,” he tells his audience.

Then there’s the story that stays with him most. It happened after he had already begun his transformation but was still quite big. He was standing outside his workout studio in Chandler wearing a large, red pullover when a little boy looked at him and asked if was Santa Claus. Ultimately, the incident gave him more motivation on his journey, he said.

He knows very well how daunting it can be to walk into a workout class initially — seeing younger and fitter people doing difficult athletic moves is intimidating and makes people feel they can never catch up, he tells his listeners. He reassures people that “it’s not about being the best,” he said. “It’s about finding your best self.”

Now 63, he advises fellow seniors, “it’s not about age at all — it’s about your attitude.”

Bendesky compares his old attitude to a flat tire. “If you don’t fix it, you don’t go very far,” he said. “Just as with Jewish culture, it’s attitude and gratitude, and if you live in those two words, you can have your own journey and be successful.”

He also tells audiences about having been addicted to food, and learning about nutrition as well as exercise. “It’s never too late to figure out the value of nutrition,” he said. Better nutrition is the key to having more energy for your life, for your family and for your career. And no matter someone’s age, he said, these lessons are worth learning and can make anyone’s life better.

“It’s never too late to mount a comeback,” he said.

When COVID-19 struck and its restrictions kept him from the gym, he turned to the Orangetheory’s Zoom workouts. “I’m at an age, where I wasn’t supposed to go anywhere, so I had to find something to keep me going,” he said. He set up an area in his family room where he could do the 30-50 minute workouts. Although it wasn’t the same, “the heart and intent was there,” he said, “and it really did carry me through.”

Now that he’s able to go back to the gym every day, he feels as if he barely lost a step. It’s not any old gym, he said. It’s a place that has helped him reach a pinnacle of good health, physically and mentally. “I might have had my best years from a professional standpoint,” he said, “but I feel like I’ve added another 30 years to my life based on the program I do every day.” JN