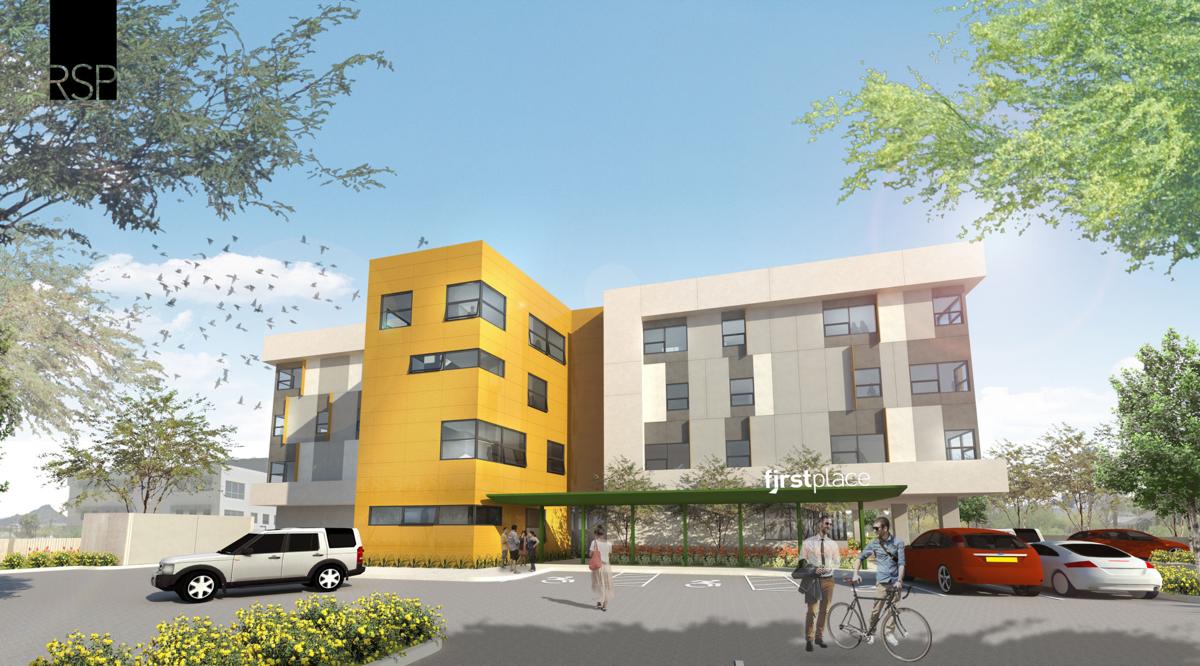 A rendering of First Place-Phoenix, which is set to open in 2018. 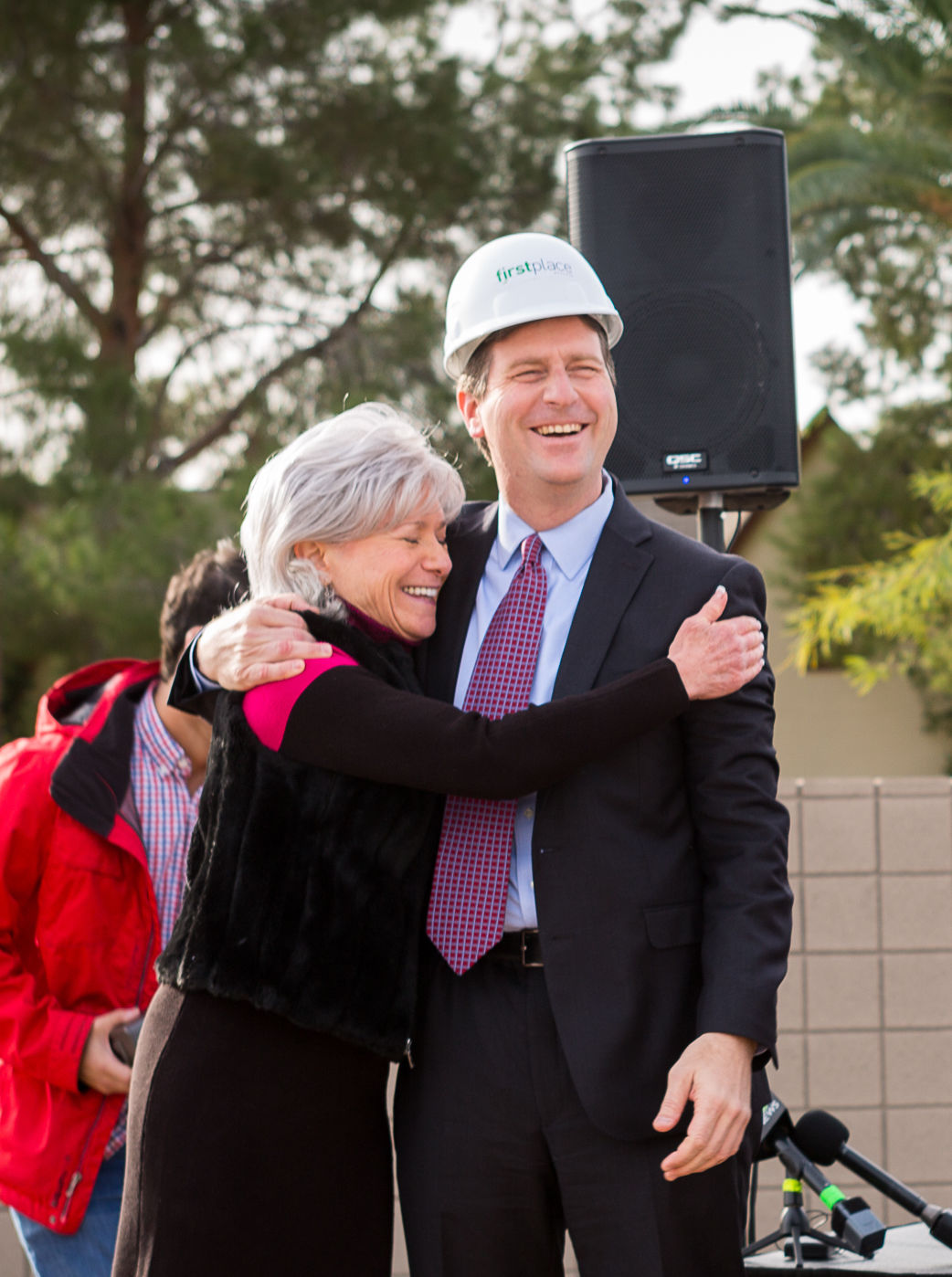 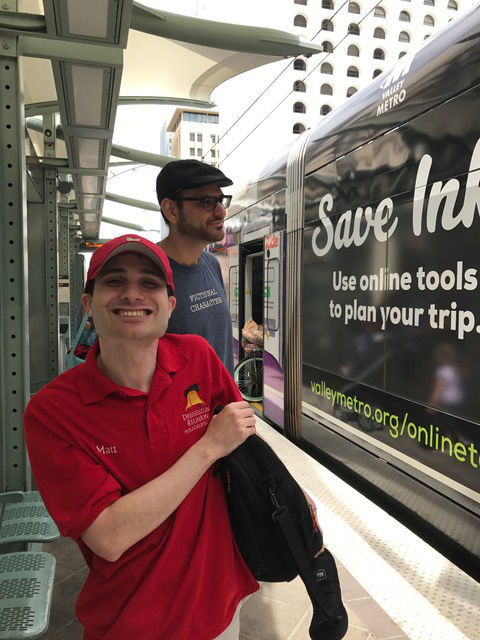 Aaron Blitz, back, works with Matthew Resnik, front, on developing independent-living skills, in this case how to plan for and use the light rail in downtown Phoenix.

A rendering of First Place-Phoenix, which is set to open in 2018.

Aaron Blitz, back, works with Matthew Resnik, front, on developing independent-living skills, in this case how to plan for and use the light rail in downtown Phoenix.

Denise Resnik’s dream of creating a place for adult individuals with autism and other neuro-diverse conditions to live and learn was 20 years in the making. First Place-Phoenix, the inaugural community by the nonprofit First Place AZ, is a $15 million, 81,000-square-foot housing development, set to open its doors in summer 2018. First Place-Phoenix will also offer training for independent living, as well as host a research and policy center.

The project recently received a boost when the Phoenix Mayor’s Commission on Disability Issues presented its Architectural Award to First Place-Phoenix.

“Phoenix is committed to being an inclusive and disability-friendly city,” Phoenix Mayor Greg Stanton said in a press release. “Congratulations to First Place-Phoenix for stepping up and creating a space that supports, respects and advocates for people with autism and other neuro-diversities.”

In designing First Place-Phoenix, RSP Architects of Tempe drew inspiration from the Japanese art of Kintsugi, in which pottery is repaired using precious metals, making the repairs a beautiful part of the original object.

“First Place-Phoenix is about the space in between,” said Mike Duffy, AIA, project design architect and senior associate with RSP Architect. “It is more than just its three program components. It’s about what happens in between these components that is equally important.”

“We are honored to be the recipients of the mayor’s architectural award and are excited about the attention that this brings to the property,” Resnik said. “We hope to be a model of what others can do to make more inclusive living possible throughout the community.”

Resnik said First Place AZ is a “sister nonprofit to SARRC” that was created five years ago to support the development and construction of First Place-Phoenix.

Resnik’s son Matthew, who has autism and will be a resident at First Place-Phoenix, was an inspiration for the project.

“We were looking for a new option for where and how Matt could live beyond our family home that would be supportive of his needs and allow him to be part of our community and to have friends,” Resnick said.

“Our son is 26, and while he’s significantly impacted by his autism, we do not believe he needs a medical home. He is productive, he works, he has the ability to take care of his laundry, the cleaning and meal preparation.”

In addition to 55 residential units supported by a suite of independent-living services and amenities, First Place-Phoenix will house the First Place Transition Academy, a two-year, tuition-based program focused on educating participants on independent-living skills, career readiness and interpersonal relations.

“First Place-Phoenix has been designed with a lot of input and research from people throughout our community and across the country, and also from the hearts of a lot of moms and dads, including my own,” Resnick said. “We studied the base of housing and adult life for 18 years, evaluating more than 100 residential properties across the country for special populations and determining a path to introduce an innovative option that could be expanded to other markets, that could be scaled and that could be sustained.”

The First Place Transition Academy has been incubated at a beta site in 29 Palms in Phoenix, a 21-unit property housing a mixture of seniors without autism and autistic adults.

Once First Place-Phoenix opens, first-year Academy students will live there, while second-year students will transition to the more independent living environment at 29 Palms.

First Place AZ has received support from and has collaborated with a range of private, public and nonprofit entities.

Resnik noted that the Jewish community has been particularly supportive of her work with both SARRC and First Place AZ.