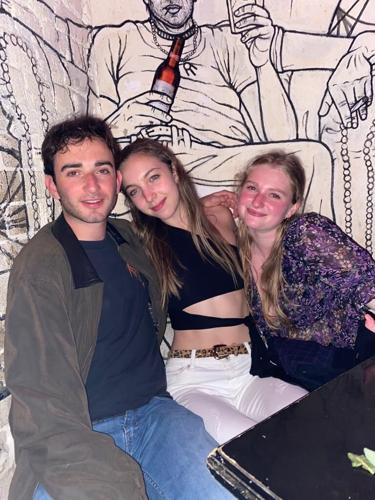 Jake Miller is with two Princeton friends at a restaurant in Tel Aviv. 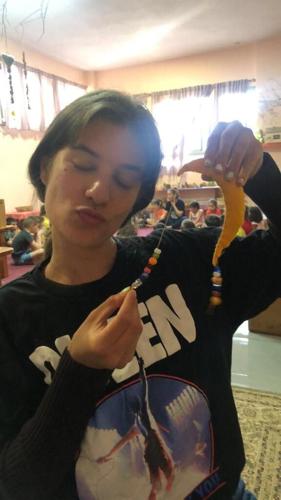 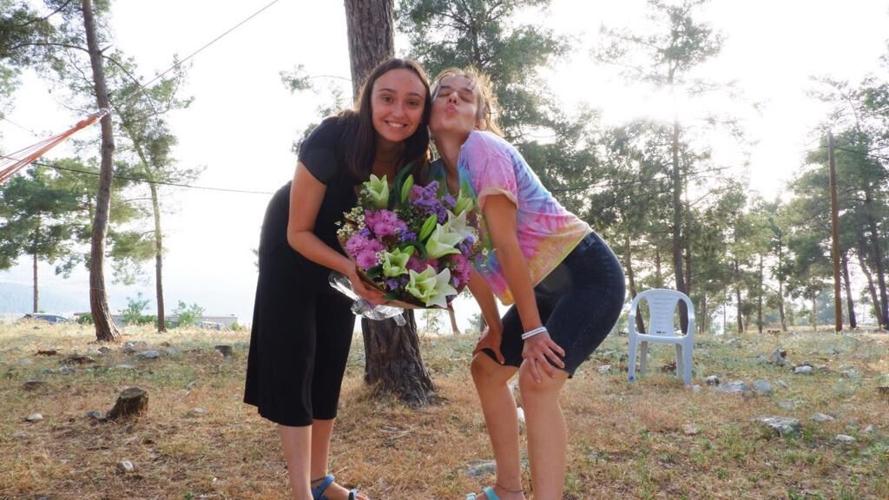 Yaffa Alush, right, with a friend on her kibbutz

When Princeton University announced last fall that it was not ready to let students return to campus, Jacob Miller, 20, decided it was time for a different type of learning experience. He took a leave of absence from Princeton, determined to be living in Israel by January 2021.

As a Jewish kid from Paradise Valley, he had visited the country often. But this time he wanted to experience it more like an Israeli and less like a tourist. Signing on with Masa Israel Journey, an immersive and long-term educational program for people ages 18-30, would allow him that privilege.

Throughout the pandemic, Masa never closed its operations. The organization prides itself on offering young people an “authentic, unmediated and challenging journey into Israeli society, culture, politics and history,” according to its website. Since being founded in 2004 by the government of Israel and The Jewish Agency, it has brought 160,000 people to Israel from more than 60 countries. It assists participants financially and logistically depending on individual need and experience.

In March, Masa held its largest career networking virtual event, which allowed interested young people the chance to learn about resume writing, industry networking possibilities and what it’s like to work in Israel.

“Masa career programs are an increasingly viable option for young adults looking to elevate their opportunities for professional growth. We’ve seen a 33% increase in participants year over year, with an 85% surge in participants from North America alone,” said Ofer Gutman, Masa’s acting CEO.

Miller, who is taking advantage of one of Masa’s career programs, signed up with two of his friends last fall. Yet, COVID-19 interrupted his plans as cases spiked at the same time he was scheduled to leave; Israel went into lockdown and Miller wasn’t able to go. It wasn’t until April 5 that he was finally allowed into the country.

Now he’s living in Tel Aviv and working 35 hours per week for a small venture capital firm as an unpaid intern. Miller explained that in Israel, interns get a lot of autonomy and responsibility and are an integral part of the business team. He also takes Hebrew once a week following a more intensive course he took upon arrival.

Yaffa Alush, 19, also arrived in Israel in April. But she is having a very different experience than Miller. She volunteers and lives on Kibbutz Harduf, where she spends much of her time volunteering with people with special needs. Together they work with horses, the garden and any task that needs to be done. She also travels twice weekly to surrounding villages to teach English to schoolchildren.

Alush graduated from The New School for the Arts and Academics in Tempe in the spring of 2020, and a friend referred her to Masa when she decided to take a gap year. Her original plan was to spend four months on the kibbutz, but now she is debating whether to make aliyah and attend college in Israel rather than return to Arizona for school.

For now, she is happy just to be in a place she can help people. “I knew wherever I would go, I would want to volunteer,” she said. And she likes that Masa offers so many options for people looking to live in Israel.

“They help so much with money and finding the perfect thing for you,” she said. “Living on this kibbutz is the most amazing thing I’ve ever done and Masa found it for me and made the process simple.”

Alush only visited Israel once before. Now, she’s struck by the diversity of people, languages and cultures. “There are so many new things to learn to expand my knowledge, and I just love it so much,” she said. “I’m constantly experiencing the diversity — it just keeps happening.”

She grew up in an Orthodox household and before transferring to high school in Tempe, attended Shearim Torah High School for Girls in Phoenix. Although she’s “not so Orthodox anymore,” she said it’s still amazing to see “different types of Jews mixing everywhere you go in Israel.”

Alush and Miller were both in Israel during its recent war with Gaza. Masa offered emotional support programming to all its participants in the country, as well as access to shelters and safe spaces.

Alush was far from the fighting and heard only one siren from a nearby city. She felt safe, but was worried for her friends who had family in more at-risk locations.

But she was somewhat prepared for possible conflict before she came. “There’s so many people against each other,” she said. “Coming here, I knew it could happen.”

Miller, on the other hand, was at a protest against the Sheikh Jarrah evictions with Israeli friends in Tel Aviv when the rockets started coming down.

“We saw the rockets and went to the bomb shelter,” he said. He felt calm and safe in the shelters. He had been in Israel before during conflict, and although his parents were concerned, he never considered leaving.

He felt more disturbed reading the news and seeing antisemitism online, as well as witnessing the internal violence between Jews and Palestinians in Israel’s mixed cities, like Lod.

“It’s a very complicated situation with a lot of political motivations and it was disturbing watching it get escalated by both sides,” he said.

A lot of people checked in on him during the conflict to make sure he was OK. “More people texted me during that time than ever before in my life,” he said. JN