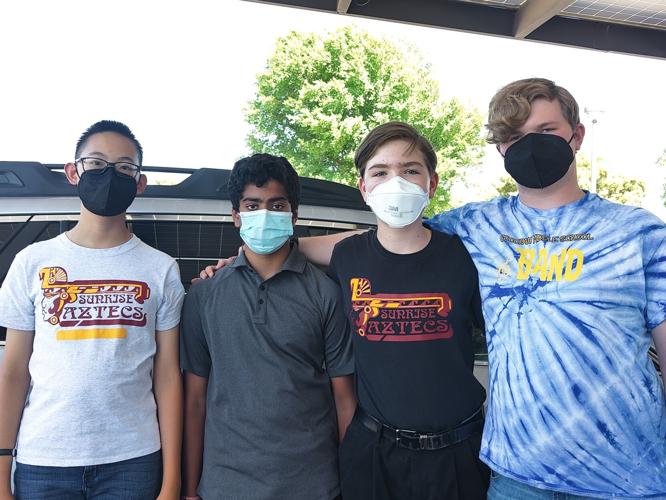 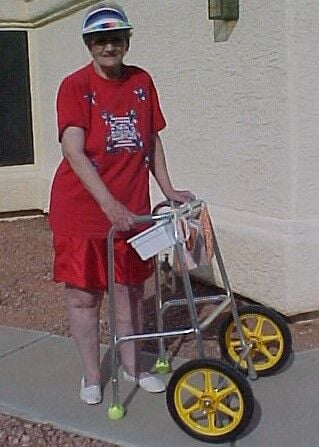 A team of local middle schoolers, Ira Parsons, Eric Wang, Adi Vashistha and Chas Skidmore, competed in a national STEM (science, technology, engineering and math) event in Washington, D.C. on June 30. The team, called “Concrete Captains,” participated in eCybermission, an Army-sponsored online STEM competition for students in sixth through ninth grade, and won at both the state and regional levels before moving on to the national competition.

To compete in eCybermission, a two- to four-member student team must submit either a science- or engineering-based concept that explores or solves a community problem. Concrete Captains winning entry offers an app designed to give directions for walking or wheeling from one point to another, using routes that avoid mobility hazards like damaged sidewalks and cracked or broken concrete. They hope their design will benefit the entire community beyond the mobility challenged — including pedestrians, cyclists, skateboarders, rollerbladers and parents with strollers.

“They talked about a variety of issues and one of the boys had been hurt while scootering. He hit some bad concrete and cut himself up,” said Audrey Skidmore, mom of Ira Parsons and the team’s adult adviser. Ira also remembered a photo of his late great-grandmother who had to use a modified walker with large wheels to go to her mailbox because the regular wheels would not make it over the concrete. “They decided this was an issue they were interested in solving,” added Skidmore.

"Tikkun olam has always been fundamental to my Jewish identity," said 13-year-old Ira who, as a fourth-grader, co-chaired an effort at his congregation that collected almost half a ton of non-perishable food for Arizona teens aging out of foster care. The family belongs to Or Adam Congregation for Humanistic Judaism, where Ira’s father, Bill Parsons, is president.

The team solicited input from Ability360, a 40-year-old Phoenix nonprofit that offers services to empower people with disabilities, including technical assistance regarding the Americans with Disabilities Act. They also reached out to ASU's Smart City Cloud Innovation Center, a collaboration between the Arizona State University and Amazon Web Services, to better understand app design.

Darrel Christenson, vice president of community integration at Ability360, was impressed when he first met the middle schoolers via Zoom. “Their questions were so well spoken and thought out, I felt like I was talking to Ph.D.s,” he said. “Young people just don't think about how the environment impacts those with mobility impairments. All aspects of independent living in the community are affected by our physical environment. It's the environment that we need to continue to improve on, but it isn’t only making a difference with the physical sidewalks, it's also a huge awareness project.”

According to the Centers for Disease Control and Prevention, 1 in 4 U.S. adults — 61 million Americans — have a disability that impacts major life activities. The most common disability type, mobility, affects 1 in 7 adults. With age, disability becomes more common, affecting about 2 in 5 adults age 65 and older.

“They're still in the design phase,” said Skidmore. “They've given an initial layout for screens and accepted feedback and modified them and they're hoping if they get some attention that maybe that'll get to the point of actually being constructed and used.”

The boys hope a large company like MapQuest or Google Maps will want to work with them to include it as part of their existing services.

Ira, Eric, Adi and Chas (who is also Ira’s cousin) competed against four other teams on June 30. Almost 1,900 teams, from grades six through nine, submitted projects from across America but Concrete Captains was the only Arizona team to advance from any grade.

Although they did not win the national title, each of the boys returned home with a medal, a college-savings bond and a week of memories to last a lifetime. Skidmore said that they’re already looking forward to next year’s competition, using their invaluable experience from this year to guide them in choosing another important problem that STEM can tackle for our community.

Last year, three of the boys competed as a team to show how used cooking oil could be an environmentally responsible alternative to water for dust mitigation on construction sites. They won first place in the state’s sixth-grade competition but did not advance to the regional or national rounds.

“In the [eCybermission] competition, you can go the science or engineering route and this is the second year they picked the engineering route. They like to make and design things,” said Skidmore. “I’m proud of them.” JN