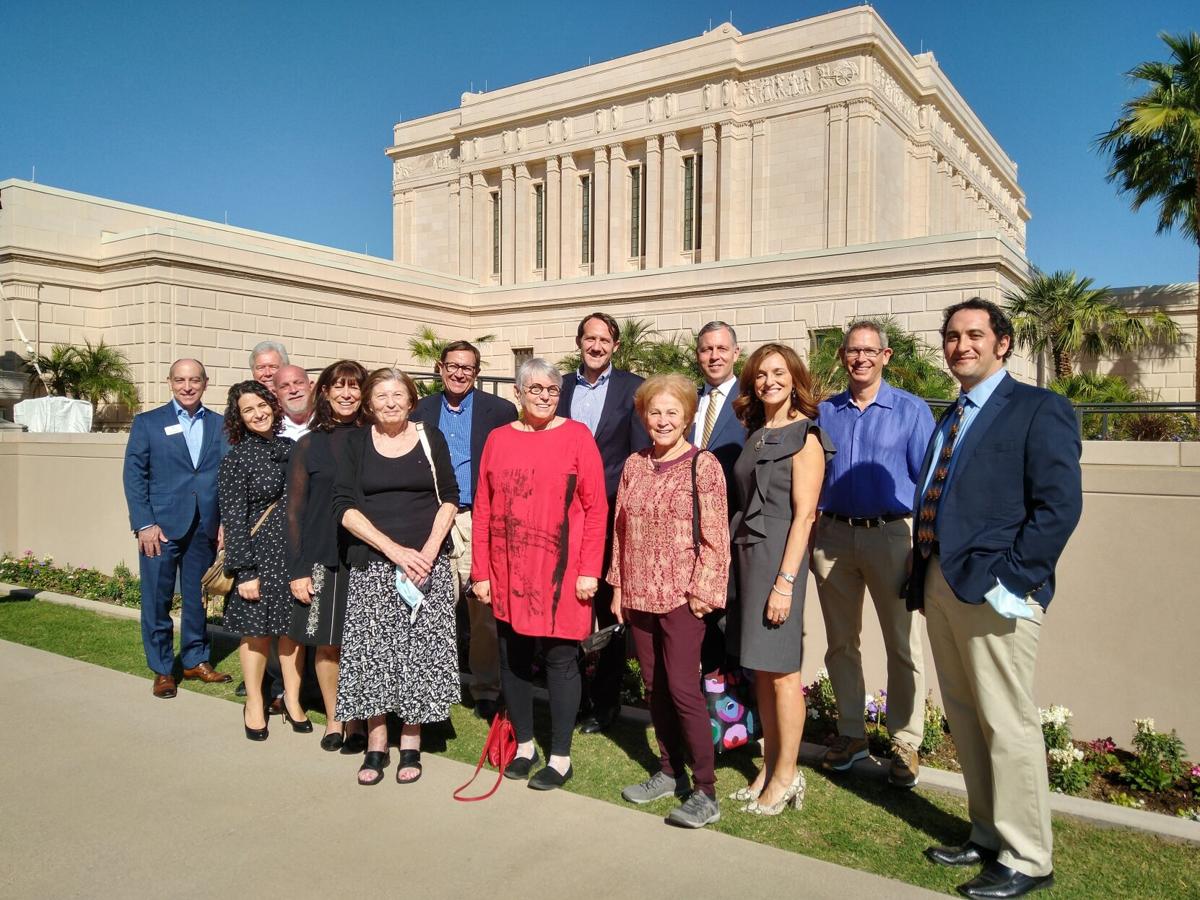 A group of Jewish community leaders stand outside the recently renovated Mesa Arizona Temple of The Church of Jesus Christ of Latter-day Saints after a tour on Thursday, Oct. 14. 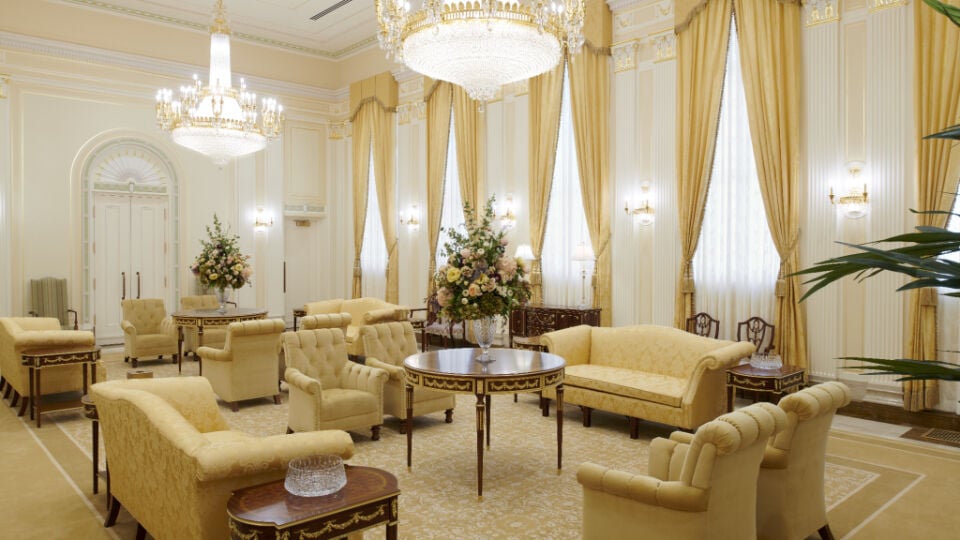 A view of the celestial room of the Mesa Arizona Temple. Lustrous crystalline chandeliers highlight the neoclassical motif with fluted pilasters and Corinthian capitals, which are offset by crystalline sconces. These, combined with exquisite hand-crafted furnishings, are designed to uplift the spirit and inspire the soul. Entering this sacred space represents the ultimate progression one can achieve: into heaven itself, May 2021.

When Temple Chai’s Rabbi Bonnie Koppell received an invitation to tour Arizona’s oldest temple of The Church of Jesus Christ of Latter Day Saints, she didn’t think twice before accepting.

“I felt like the LDS community was reaching out with a hand of friendship, and that’s an important thing to accept -- someone’s offer of friendship,” she said.

About 20 Jewish community leaders have toured or visited the temple ahead of its rededication on Dec. 12.

The tour was a rarity. Temples are different from chapels or meetinghouses, where Mormons attend Sunday services and where anyone is welcome to worship. Temples are reserved for special ceremonies, like marriages.

After being closed for over three years for a major renovation, the temple is open to the public for five weeks before it will be sealed. The renovation included new roofing and drainage, windows, furniture, landscaping and a new visitor center.

“The physical spaces are very, very different from what we might expect as a worship space,” Koppel said. “They’re elegantly and beautifully furnished, and there’s a grandeur about them.”

Stanton Curry, who personally invited many of the Jewish leaders who attended, said it is important to build and strengthen relationships with people of different faiths.

“There are a lot of needs to be served in our community. We’re good at some things; we’re not good at other things, and working in a partnership, we can all get a lot more done,” he said. “We have that kind of relationship with a number of religious groups, including the Jewish leadership in the Valley.”

It’s also nice to invite people over to your house, he said. “People are curious, and there are beautiful things to see in there.”

It is only the third time in its nearly 100-year history that the Mesa temple has been open to the public, Curry said.

Sheryl Bronkesh, president of the Phoenix Holocaust Association, attended a tour and brought two local Holocaust survivors with her. They all felt extremely welcomed.

When they toured the room containing the baptismal font, the tour guide brought up the past controversy surrounding the church’s former practice of posthumously baptizing Holocaust victims.

“I don’t know if they always talk about it, or they talked about it because they knew that we had Holocaust survivors there, but they addressed it proactively,” Bronkesh said. “I thought that was really good of them.”

In 2010, the church made an agreement with Jewish leaders to stop the practice, acknowledging it had “unintentionally caused pain.”

Tim Eckstein, the board chair of the Jewish Community Relations Council of Greater Phoenix, said there’s “still some lingering hurt” over the practice in the Jewish community, but it’s “important for us to try to move past differences we’ve had in the past.”

Eckstein also toured the temple, and was glad to go on both a personal level and on behalf of JCRC.

“These are incredibly sincere people who are opening their doors and asking the world to come in and see what they’re about,” he said. “Anyone who’s willing to do that, I’m open to accepting that invitation, and I think we all should be-- whether we’re community leaders or not.”

Building understanding and strengthening relationships with people across different faiths is essential in building the sort of civil society “that we all want to live in,” he said.

Touring the Mesa Arizona Temple reminded him of the Temple Mount in Jerusalem. “That was a time when the physical temple was where we believed that God’s shechina, his spirit, was housed. And that’s kind of how they treat their temples.”

He was impressed by the “dignity and perfection” of the building, and said it was refreshing to see that kind of care poured into a physical facility.

Rabbi Michael Beyo, CEO of the East Valley Jewish Community Center, began a friendship with the LDS community about five years ago and was eager to accept an invitation from a friend to tour his temple.

Koppell said Jewish people “can’t have too many friends,” and it is always nice to learn about other faiths. She, too, has had longstanding ties to the LDS community, but had never been inside a temple before. The celestial room resonated most with her. It’s a kind of prayer and meditation space that she described as a mix of a living room and a palace. “It always boggles my mind that in that space there’s no talking or eating. It’s the exact opposite of a synagogue,” she joked.

The visitation period that began Saturday, Oct. 16, will run through Nov. 20, and advanced reservations are encouraged.

About 2,500 people toured the temple the week of Oct. 11, about 85% of whom were not members of the Mormon faith, Curry said.

The Salt Lake City-based faith has 16 million followers worldwide. The church’s other temples in Arizona are located in Gilbert, Phoenix, Tucson, Snowflake and near Thatcher. JN