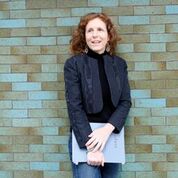 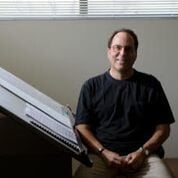 The Nazis dubbed them mischlinge — persons deemed to have both Aryan and Jewish ancestry. Employment, education and marriage restrictions were placed on Mischlinge, with the severity of the restrictions decided by how many Jewish grandparents an individual had.

The New York-based Enger comes to Phoenix through a joint collaboration between the East Valley JCC’s Center for Holocaust Education and Human Dignity and the city of Chandler. “Music in the Shadow of the Holocaust,” on Jan. 9, will include Enger’s performance followed by “To Open in Praise” by Daniel Asia.

Asia, an award-winning composer, is a professor of music at the University of Arizona’s Fred Fox School of Music. A former composer-in-residence with the Phoenix Symphony, Fox writes pieces that delve into the connection between Jewish spirit and classical music.

The Jewish News sat down with Enger and Asia to learn more about their work. This conversation has been edited for clarity and length.

Emotion and creativity are often connected. What feelings were brought up as you went through the creative process for this performance?

Enger: It was a hard project to put together. My father was very reticent to discuss his past. I’ve been reading about German Jewry and trying to answer unanswerable questions for 20 or 30 years. And there was this feeling that if I read one more book, I’d “get” it. And I was trying to put myself in my father’s experience, which is impossible. I never experienced the war. That’s when you get into some of the issues of the second generation. We want to know as much as we can possibly know, but at the same time, we don’t. We don’t want to ask our parents to relive their experiences.

Though music is a universal language, how do you think someone disconnected from Judaism and the events of the Holocaust will view the concert?

Asia: The completely inexperienced will still glean a lot. Anyone, Jew or non-Jew, will feel the emotions coursing through the music performed on this concert — if they are open to the experience.

Enger: One of Daniel Asia’s pieces evokes this fist-in-the-sky kind of frustration about unanswerable questions; it’s like wrestling with God. It asks, “Why us?” So some folks may have no direct connection to the topic, but despair or frustration, those are universal emotions.

What was the biggest challenge in making a piece centered on the Holocaust?

Enger: The topic. The horror of it. It’s a very graphic topic, and because I don’t have a lot of direct information from my father, my mind fills in the blanks in a very disturbing way. There’s just no way to be casually looking through photos of death camps.

How do these performances, steeped in history, apply to contemporary life?

Asia: All present experience is informed or seen through various lenses. All of my music is thus the sum of all I have experienced as a Jew and a human being. That experience includes also all that I have learned of past human experience, which includes the Bible, literature, music heard, pictures seen. But I live in a particular time and place and all of my music ultimately presents my vision of music and life as it is when I write it.

Enger: We’re seeing a rise in anti-Semitism, xenophobia, anti-immigrant sentiment, mass shootings … There are armed guards at my synagogue. I think of the mosque shooting in New Zealand, the attacks in Pittsburgh, California and Jersey City. The message of our program is as relevant as it’s ever been.

What is one thing you hope the audience will take away from the concert?

Asia: A richer and deeper understanding of what if means to be Jewish and human.

Enger: I want to inspire people to see each other in a more compassionate light. To part ways with binding definitions of who we are, and the lines that divide us, so we can be more at peace with ourselves and one another. JN

For more details about “Music in the Shadow of the Holocaust,” visit evjcc.org/holocaustmusic or call 480-897-0588.