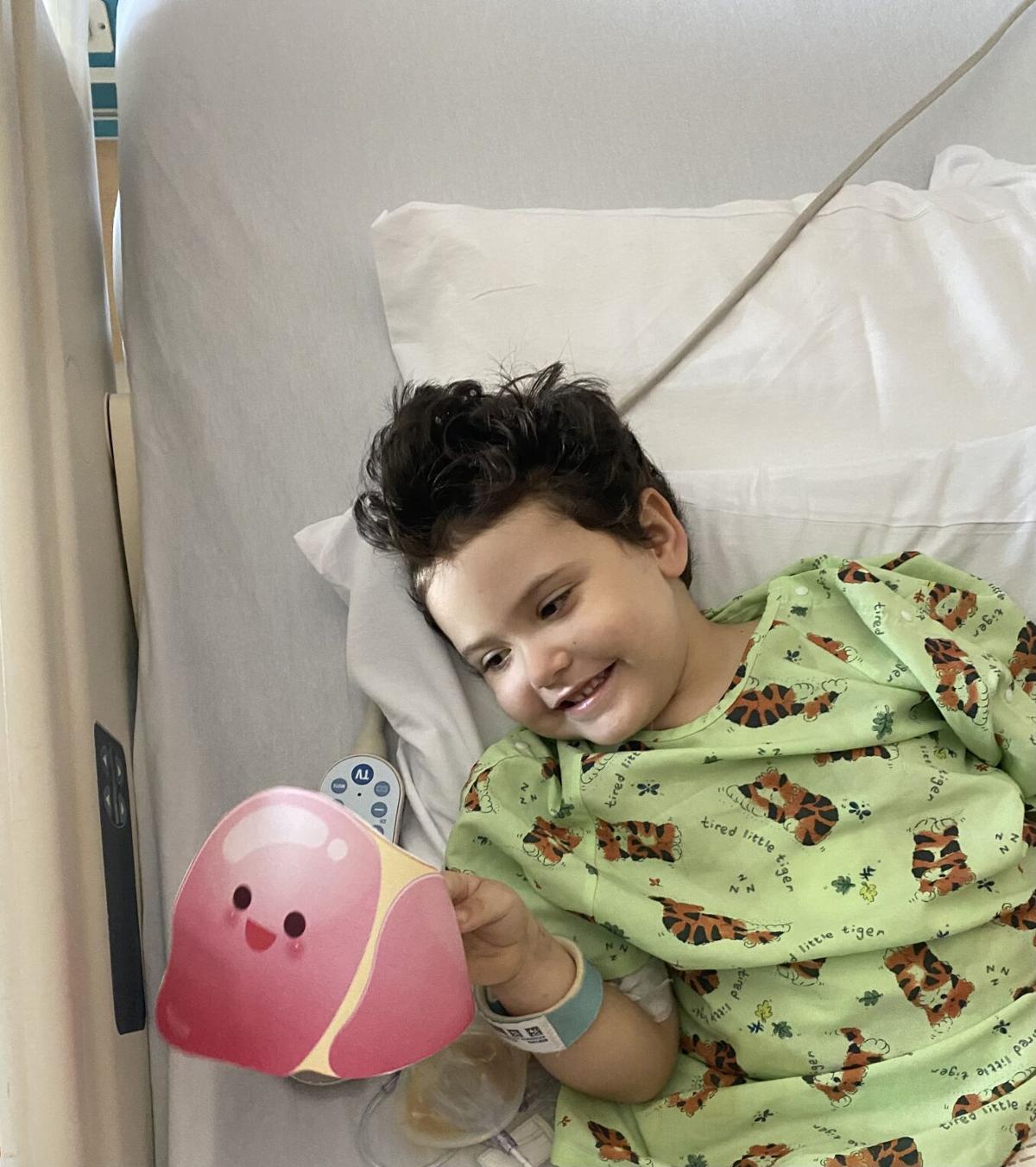 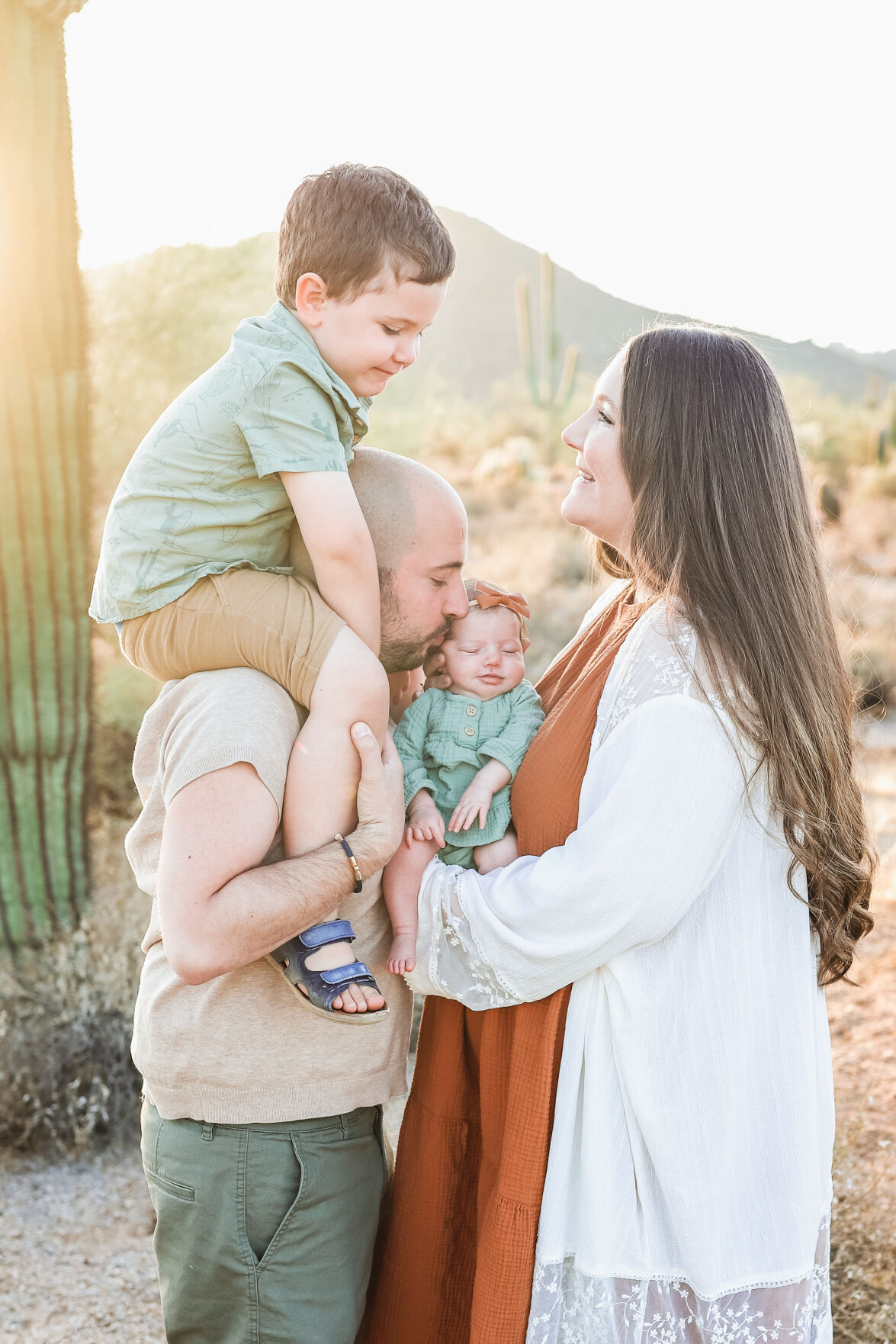 Valen Krasnov, like many other 3-year-old boys, loves playing sports with his dad, pushing his dump trucks and helping to set the table. But unlike most other 3-year-olds, he recently underwent a liver transplant.

It usually takes kids an average of 86 days to receive a liver transplant, according to News Medical, but Valen received an offer within 12 hours of being on the waiting list.

“We call his liver ‘Quickie’ in our family,” said his mom, Kelsey Krasnov She and her husband, Zaccarri Krasnov, are very aware that it could have been much longer due to a shortage of organ donors. Valen was in acute liver failure, and they didn’t have much time. Valen also received donated blood at a time of an unprecedented national blood shortage driven by the COVID-19 pandemic. Their gratitude ignited a passion for raising awareness about organ and blood donation.

“This is like the very least that we can do to try to give back,” Kelsey said.

The couple is volunteering to speak with groups, lending support to national organizations like Donate Life America and promoting blood drive events. The first is on Saturday, Oct. 2 at Swimhaus Swim School in Gilbert, and the second is on Sunday, Nov. 7 at the MadeforMama Market and Expo WestWorld in Scottsdale.

Before Valen’s unexpected hospital stay, Zaccarri said he had no idea what other families in the hospital went through. “Before, it was like ignorance is bliss,” he said. “Families are stuck there with their kids, and all you want to do is take them home but you can’t.” Meanwhile, the world outside the hospital goes on as if everything’s normal. He said he appreciates the second chance his family received and wants to do what he can to help other families.

“For some reason it was meant to be for Valen to be a transplant survivor, and for us to be a donor recipient family,” he said.

Nationally there are more than 112,000 people on the transplant waiting list, according to academic medical center Penn Medicine. While the number of living donor kidney and liver transplants increases, the vast majority of procedures involve organs from deceased donors.

Kelsey doesn’t know much about Valen’s organ donor, except that he was a teenager living out of state.

“That day was so celebratory for us, ‘Yay, he’s getting a liver and we’re going to have this big procedure and he gets a second chance.’ But someone else lost their family member on that day. There’s not a day that goes by that we don’t think or talk about that,” she said.

Zaccarri said it was as if life came full circle in just a matter of hours. “Everything changed overnight. They lost their loved one to save ours,” he said.

Sept. 27, the American Red Cross announced an emergency blood and platelet shortage. Red Cross blood supply has dropped to its lowest level for this time of year since 2015. “Throughout the pandemic, we have experienced challenges collecting blood for patients from blood drive cancellations to surging hospital demand,” Chris Hrouda, president of Red Cross Biomedical Services, stated.

Valen’s experience seemed to start out of nowhere, with few hints of what was happening. Kelsey remembers it was a Thursday in June when she noticed the whites of Valen’s eyes had a grayish, brownish color to them. But it was gone the next day. The day after that, Zaccarri and Valen went on a camping trip.

“They came back on Sunday, it was a short trip, and as soon as I saw Valen I knew something was wrong. The whites of his eyes were completely yellow,” Kelsey said.

Zaccarri didn’t notice anything strange with the whites of Valen’s eyes, but observed that he seemed sleepier than usual and wasn’t eating as much as he usually did. He thought it was just from the long drive and the camping trip.

“Looking at the pictures from that trip, it could have been our last. How did we get from camping to almost losing his life?” Zaccarri asked himself.

On Monday, they called their pediatrician who ordered immediate blood tests. The results came back Tuesday, and they were told to go to the emergency room because he was showing signs of liver failure.

“This was completely out of nowhere for us,” Kelsey said. Up until that moment, Valen was a perfectly healthy little boy.

The hardest part was the first two weeks of waiting, Zaccarri said. Valen either had to get better on his own, or worsen enough to need a liver transplant.

“Somehow with all this technology, medicine and genius doctors, there were no answers. We just had to wait,” he said.

Valen got worse. But after doctors determined he needed the transplant, things moved quickly.

Staying at the hospital was difficult. Because of the pandemic, they weren’t allowed any visitors.

They appreciated the visit from their rabbi, New Shul Rabbi Michael Wasserman, but it was the Jewish Care Network that helped them keep their sanity most, Kelsey said. Rabbi Moshe Levertov, co-founder and co-director of JCN, was able to visit once or twice a week.

“It brightened my day just to see his fighting spirit and his spunk,” Levertov said, noting he was moved by how Valen’s parents stayed so positive. “It was really touching to see over the course of his journey how they kept their spirits up, and they were able to keep his spirits up.”

“When I would bring the Shabbat box, Valen would go for the grape juice, so I started bringing grape juice even during the week sometimes,” he said. “It was all about just supporting and being there for them and letting them know they’re not alone.”

Kelsey said she and her family are “endlessly grateful” to have met Levertov and to have received the benefits of JCN. “He would bring us Shabbat boxes every single week, and Valen is convinced that Rabbi Moshe Levertov is his best friend,” she said.

Valen is back to playing and eating his favorite foods, and finally getting adjusted to being a big brother. A portion of the new liver is “being a little stinker” and not draining properly, Kelsey said, so Valen might need another procedure in December or January depending on how things progress.

In addition, the family had another big event this year. Nearly two months before Valen ended up in the emergency room, Kelsey and Zaccarri celebrated the birth of their daughter, Kora Krasnov, on April 13.