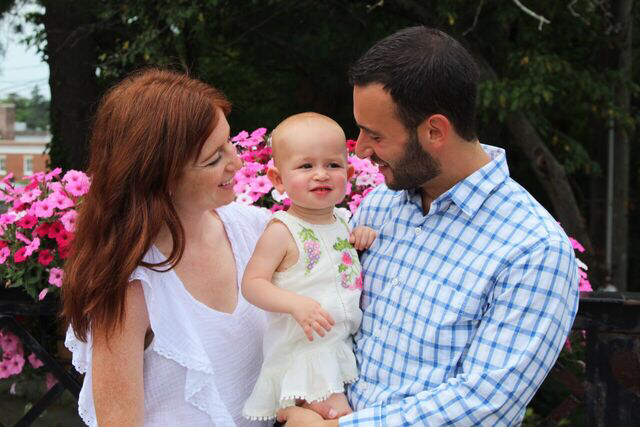 Amanda and Josh Goldberg with their healthy daughter, Phoebe. The Goldbergs are carriers of a genetic disorder that can be fatal to infants. 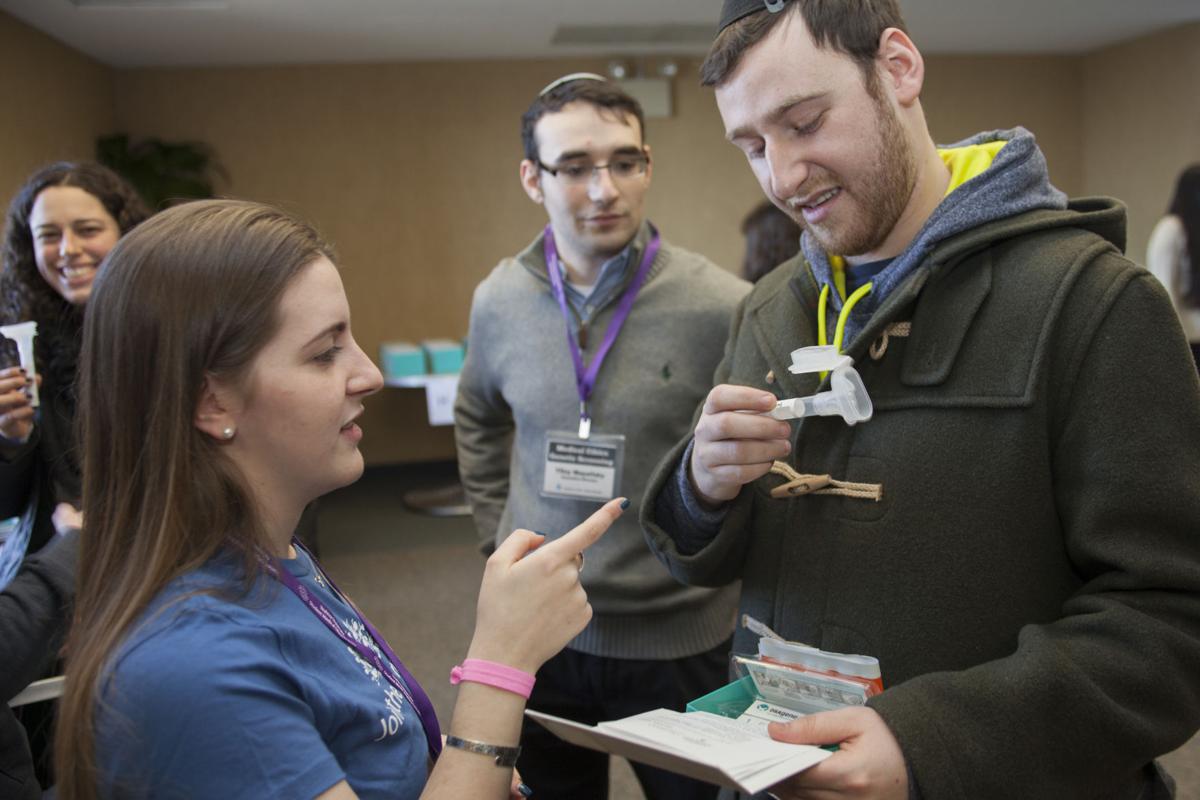 A JScreen event at Yeshiva University in New York.

Amanda and Josh Goldberg with their healthy daughter, Phoebe. The Goldbergs are carriers of a genetic disorder that can be fatal to infants.

A JScreen event at Yeshiva University in New York.

For parents, there is nothing more painful than watching their newborn baby suffer and being powerless to help.

This was the situation Amanda and Josh Goldberg of Phoenix potentially faced when they learned they were carriers of a congenital disorder found in one out of 61 Ashkenazi Jews — glycosylation type 1a. Amanda was already pregnant.

Since the Goldbergs were both carriers, their potential children would face a one-in-four chance of having the disorder that causes serious mental and physical impairment. Twenty percent of sufferers die within the first year of life. Those who survive are often permanently wheelchair-bound. The disorder has no known cure.

The Goldbergs learned they were carriers through a test from JScreen, a nonprofit dedicated to making screening for Jewish and other genetic disorders accessible, according to Hillary Kener, assistant director of national outreach for JScreen. Based out of Emory College in Atlanta, Georgia, JScreen offers highly subsidized screenings that can be completed through the mail. The group’s screening covers roughly 200 disorders.

September is Tay-Sachs Awareness Month, and while Tay-Sachs is the most recognized genetic disease among Jews, there are approximately 100 disorders with similarly elevated risks for Jews of all backgrounds, such as the one the Goldbergs share.

“Tay-Sachs is really the most well-known Jewish genetic disease because screening was started in the 1970s and ’80s through a huge push in the Jewish community,” Kener said.

With so many babies being born with the devastating disease, Tay-Sachs was one of the first disorders to spur genetic testing as a public health initiative.

Kener explained that many people believe that only Ashkenazi Jews are impacted by such disorders, but their screening panel also includes disorders that affect Sephardi and Mizrahi Jews, as well as the general population.

“Our panel is really pertinent to everyone, even if you only have one Jewish parent or if you’re in an interfaith relationship or aren’t sure of your background,” Kener said. “We want to make sure everyone is getting testing.”

Genetic screening tests can be quite expensive and often are not covered by insurance. Thanks to a number of donors, however, JScreen’s tests cost only $149 per person.

The tests are non-invasive, requiring only a saliva sample. Tests can be ordered easily at JScreen’s website.

After their JScreen testing, the Goldbergs had to wait a few weeks as Amanda’s pregnancy progressed before she could be get a chorionic villus sampling (CVS) test to find out if the baby had the disorder. Amanda received her first CVS test at 11 weeks, but had to be tested again at 12 weeks.

At last, the results of the CVS test arrived. They were negative, meaning the baby would be free of the disease and wouldn’t even be a carrier.

“I was really relieved and happy and thankful and grateful that we were going to have a healthy baby,” Amanda said. “I hung up the phone and called my husband right away and I called my family. No, wait, then I called [the doctor] and asked what the gender was, because at first I didn’t really care because I just wanted to know if she was healthy.”

Not all stories end quite so happily though, which is why JScreen continues to work to spread the word about the importance of genetic screenings. If a couple is positive and isn’t yet pregnant, there are a number of options available for having a healthy baby.

“Most couples, I would say, are actually going the route of in vitro fertilization (IVF) with pre-implantation genetic diagnosis,” Kener said. “It’s just a fancy way of saying that they take the mom’s egg and the dad’s sperm, fertilize it in a petri dish in the lab and do IVF. They only implant the unaffected embryos.”

Other couples may choose to use a sperm or egg donor from a non-carrier, while still others opt for adoption.

“Being a carrier is really common,” Kener said. “It’s not abnormal; about one in three people with a Jewish background is a carrier for at least one of these diseases. You wouldn’t know you’re a carrier. It isn’t like your doctor is going to do this in your annual checkup. The only way to know is to get screened or to have an affected baby.” JN