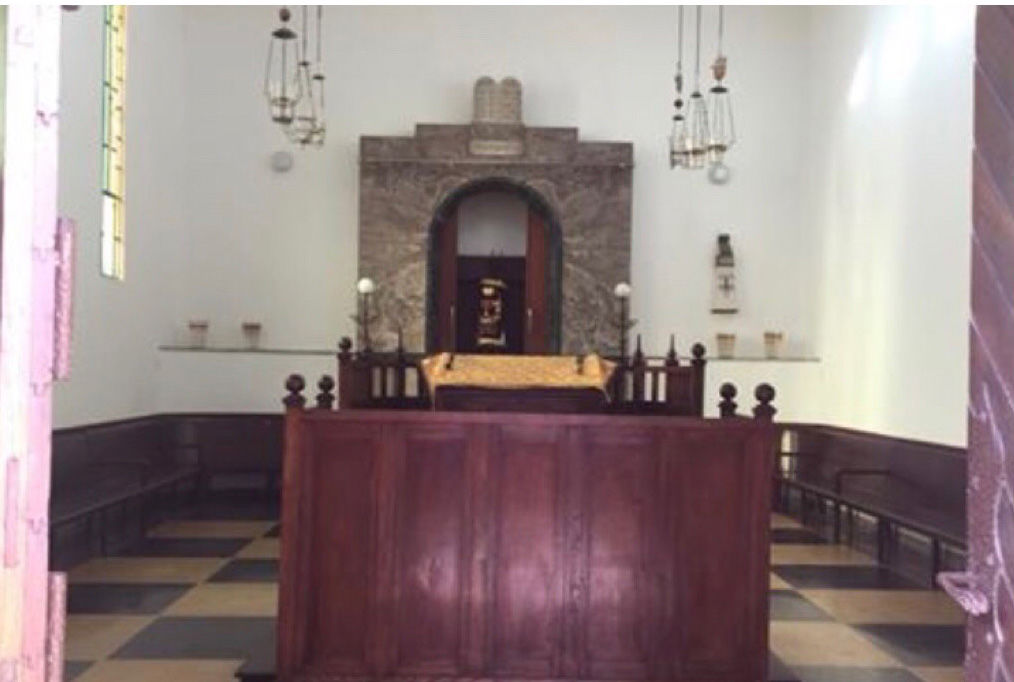 The Ettedgui Synagogue in Casablanca’s Jewish quarter has been abandoned for more than 50 years. Morocco’s King Mohammed VI ordered the synagogue’s restoration after a visit. 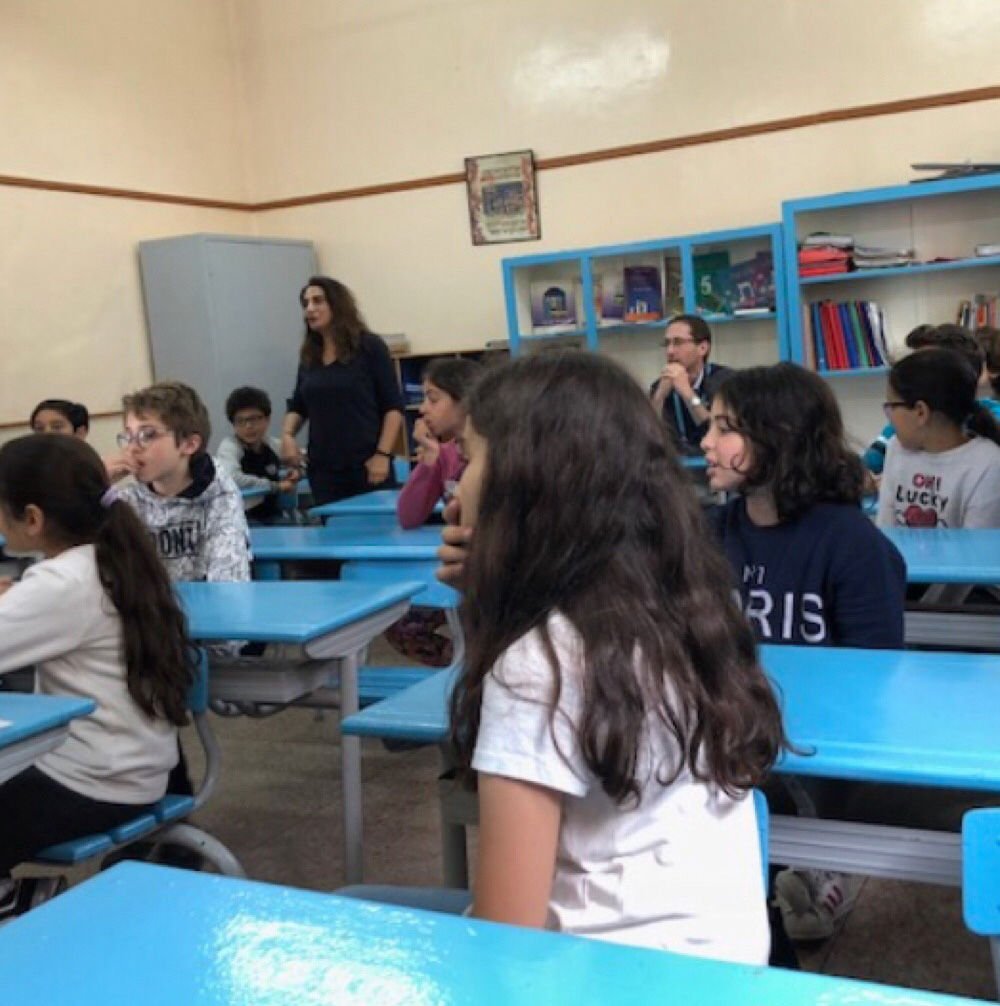 Although they are learning about Jewish holidays, many of the students in this class at Narcisse Leven primary school in Casablanca are Muslim.

The Ettedgui Synagogue in Casablanca’s Jewish quarter has been abandoned for more than 50 years. Morocco’s King Mohammed VI ordered the synagogue’s restoration after a visit.

Although they are learning about Jewish holidays, many of the students in this class at Narcisse Leven primary school in Casablanca are Muslim.

She joined the national cabinet through her work with Jewish Federation of Greater Phoenix’s NowGen program, which engages Jewish adults in their 20s through 40s in philanthropy, connections to community and leadership.

Gross recently completed a Cabinet Study Mission that took her to Morocco and Spain. The mission allowed cabinet members to experience the diversity of Jewish communities abroad, see Federation programs at work, and engage with the people affected by Federation-funded programs.

Gross was accompanied on her journey by NYL Cabinet Israel and Overseas Co-chair Rachel Hoffer, who is also a NowGen board adviser.

Both Gross and Hoffer wrote daily roundups of their time in Morocco and Spain. Over the next few weeks, Jewish News will be publishing these dispatches. Here, Gross describes their last day in Morocco and the start of their trip to Spain.

Our day started off with a visit to the Jewish quarter of Casablanca. No Jews remain there in the present day, as those who still live in Morocco now reside in other parts of the city. The area was severely damaged after being bombed by the Nazis during World War II in an attempt to kill British Prime Minister Winston Churchill and President Franklin D. Roosevelt, who were meeting in Casablanca at the time.

The Jewish quarter is currently a shuk, or marketplace, with carts full of fresh produce, spices and tangines.

The NYL Cabinet then visited the Ettedgui Synagogue in the quarter, which was abandoned for more than 50 years. The synagogue includes a chapel and a small museum with photographs from the time the synagogue was in use. Morocco’s King Mohammed VI ordered the synagogue’s restoration after a visit and has since called for the restoration of synagogues and other Jewish sites throughout Morocco in a bid to promote cultural values.

Our last visit while in the old Jewish quarter was the Jewish cemetery. Nestled between apartment buildings, this is another site that the Moroccan king has ordered to be restored. Once we arrived on-site, we chanted the mourner’s Kaddish. Many of the deceased no longer have family to say the Kaddish for them at the cemetery because so many of the members of Morocco’s Jewish community have migrated. I felt a somber wave overcome me while walking around the cemetery. The tombs were above ground and covered a massive area, with little room to navigate the cemetery. The cemetery is a permanent reminder of the once vibrant Jewish community of Casablanca.

The large group then split up and my bus visited the Narcisse Leven primary school, founded by the Alliance Israélite Universelle. The Alliance school benefits from financial support from our Jewish Federation. This school was a sharp contrast to the abandoned Jewish sites that we visited in the morning. The student body is made up of Muslim and Jewish children. I learned that Arab families want to enroll their children in the school because of the high-quality education and stability of teachers. The only difference between the curriculum is the amount of time spent learning Hebrew, Jewish education and Arabic. The Muslim students learn Arabic and the Jewish students learn more advanced Hebrew and Jewish education. This is the affiliated school of the girls and teachers from the coexistence panel from our visit earlier in the week.

As we walked into a classroom, the teacher had been reviewing Jewish holidays, and Hebrew was written on the whiteboard. I assumed that we walked into an exclusively Jewish classroom. The children had huge smiles on their faces and I felt immediately welcome. The children began singing “Heal the World,” a 1991 song by Michael Jackson. Soon, the cabinet members joined the singing. I felt such love for these children and gratitude for their happiness. Once the song was finished, the teacher announced that just a handful of the children in the classroom were Jewish. I was shocked that these children, despite their differences, were learning Judaic studies together.

The adults and children went to the outdoor courtyard and the children ran around and played together. I joined the children while they placed laminated handouts of Jewish holidays in chronological order. Together, the Jewish and Muslim children placed the holidays in the correct order.

We departed for the airport after our visit to the school. It was bittersweet to leave Morocco. I learned about a country coming together to preserve the Jewish community. I could not have imagined the extent to which Jews and Muslims align together and live side by side without the realization of this rarity.

We landed in Madrid in the afternoon, and after claiming our luggage and boarding the bus, we traveled to the Royal Tapestry Factory. I walked through a long hallway lined with looms and partially completed intricate tapestries before stepping into a beautiful dining room. During my time in Spain, I would learn of the similarities and challenges of the two different countries.

During dinner, we heard from Spanish businessman and president of the Jewish Community of Madrid León Benelbas about the challenges in Spain. Benelbas discussed the difficulty with surveillance and the cost of security. Daniel Kutner, Israel’s ambassador to Spain, spoke to our group about the complicated diplomatic relationship between Israel and Spain.

I was amazed that an ambassador, such a powerful person, was taking time to speak with a group of young adults. After some thought, I realized that we are not ordinary young individuals. National Young Leadership Cabinet members are taking time away from their lives to be the voices of communities that may otherwise be silent. We devote an immeasurable amount of time individually and combined to improve our local Jewish communities and Jews abroad. I feel a personal responsibility to advocate for all Jews across the world. JN