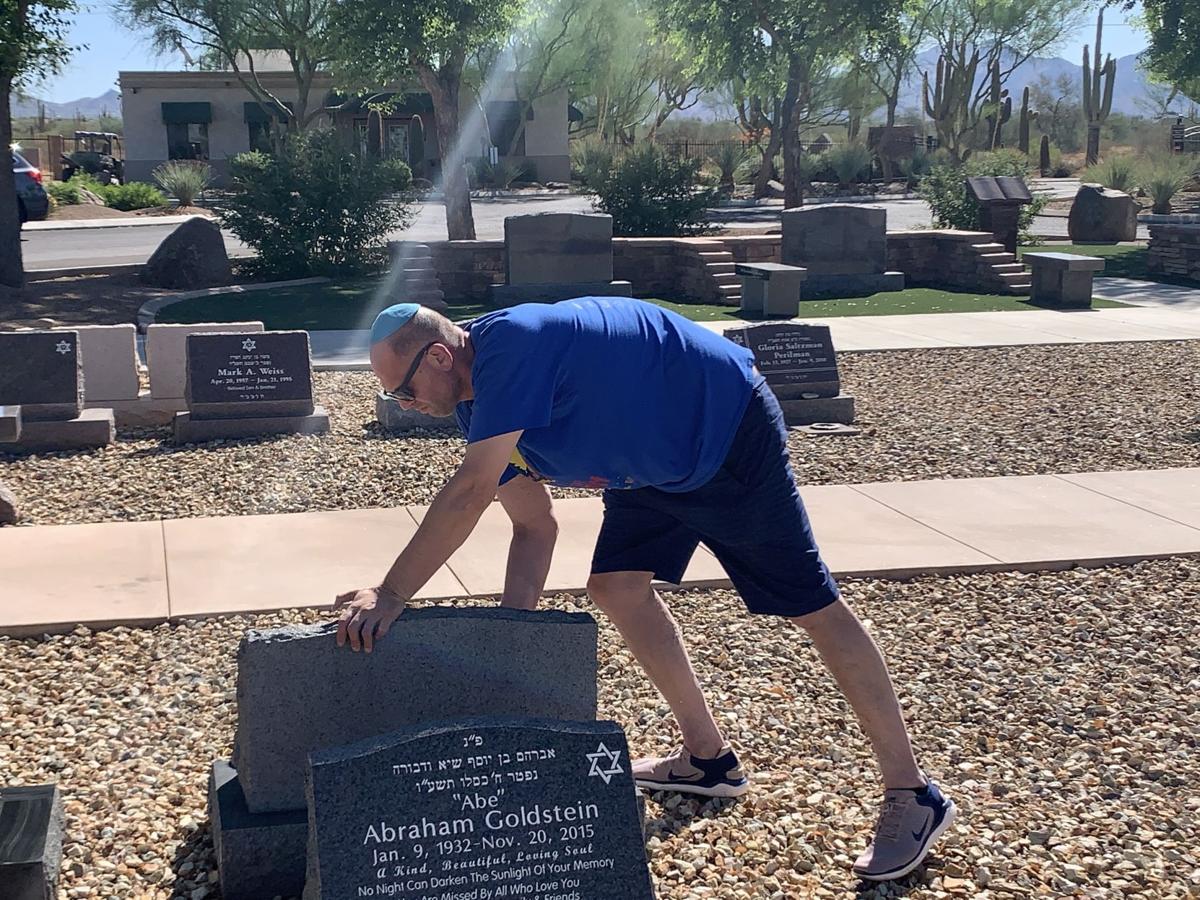 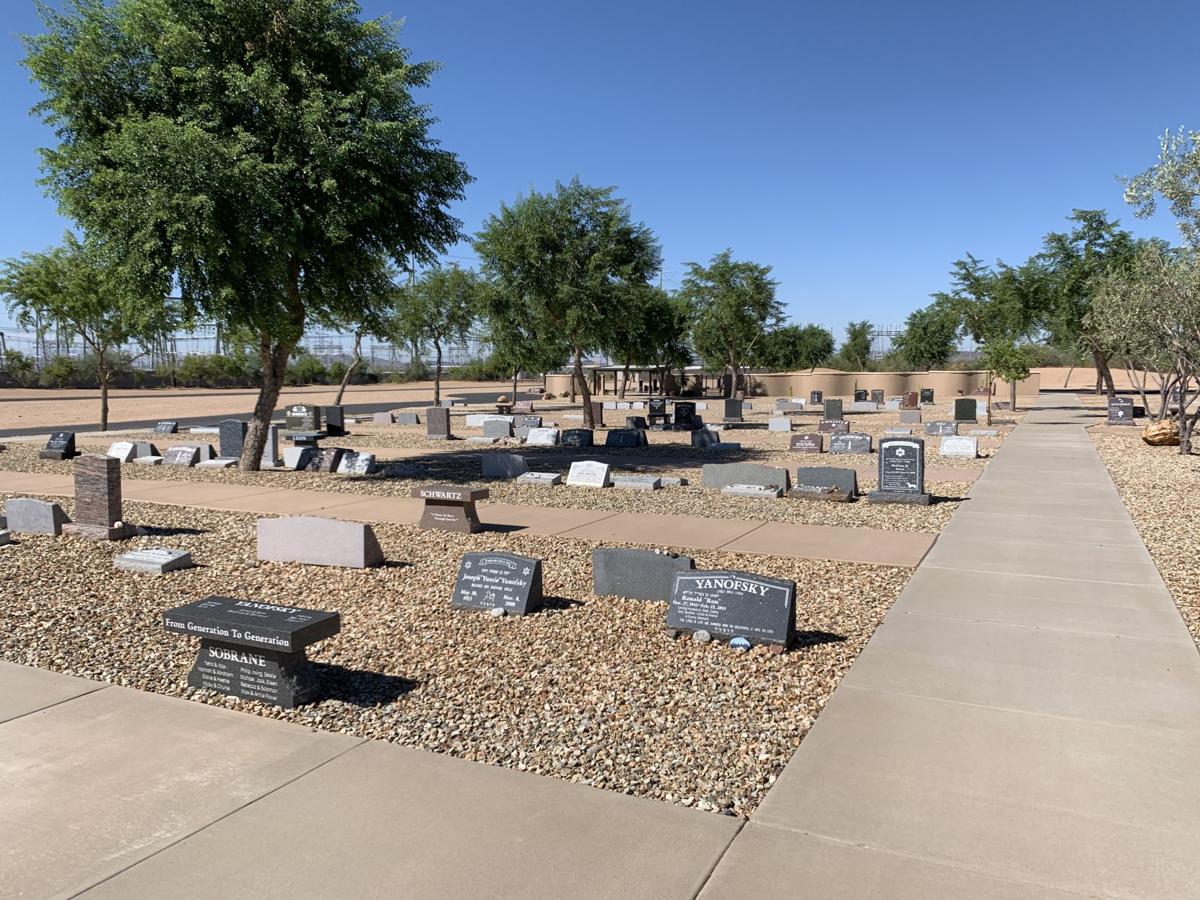 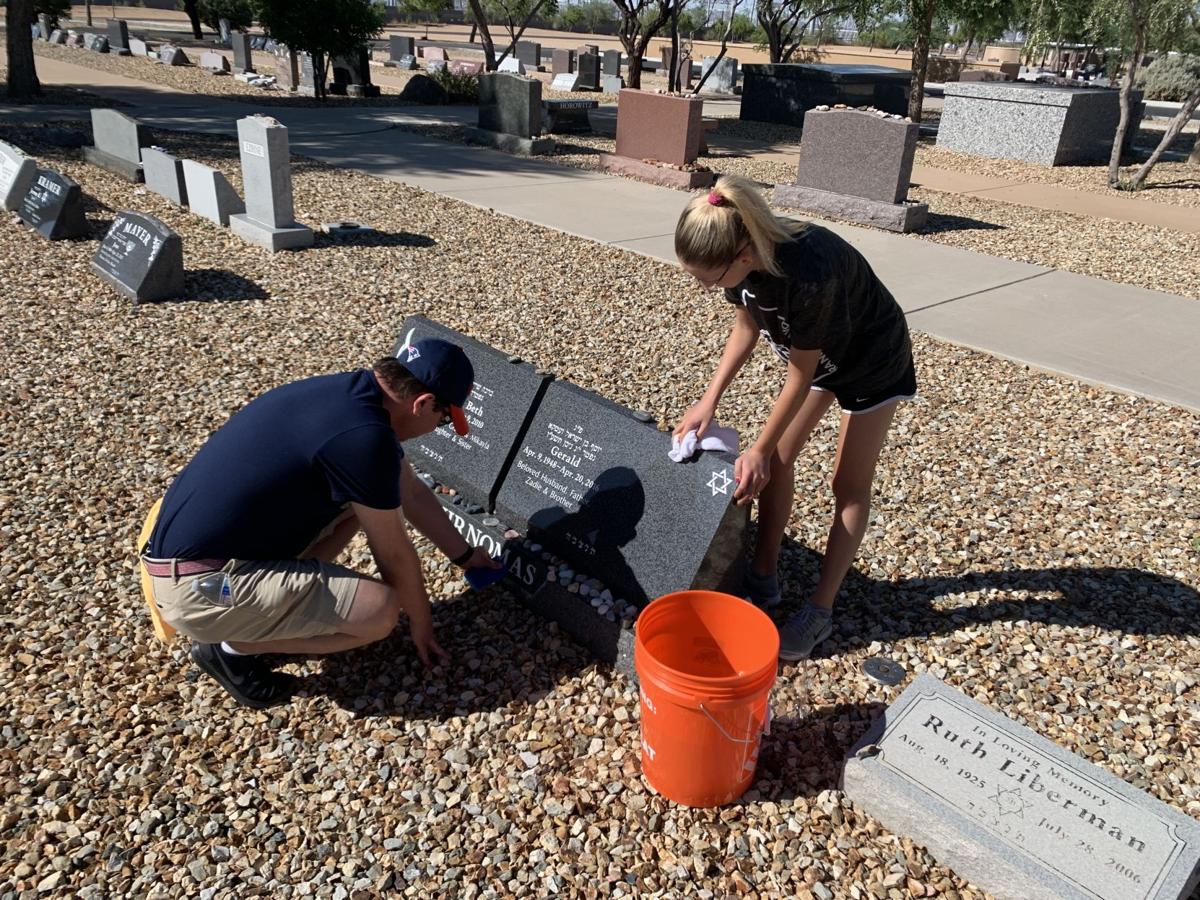 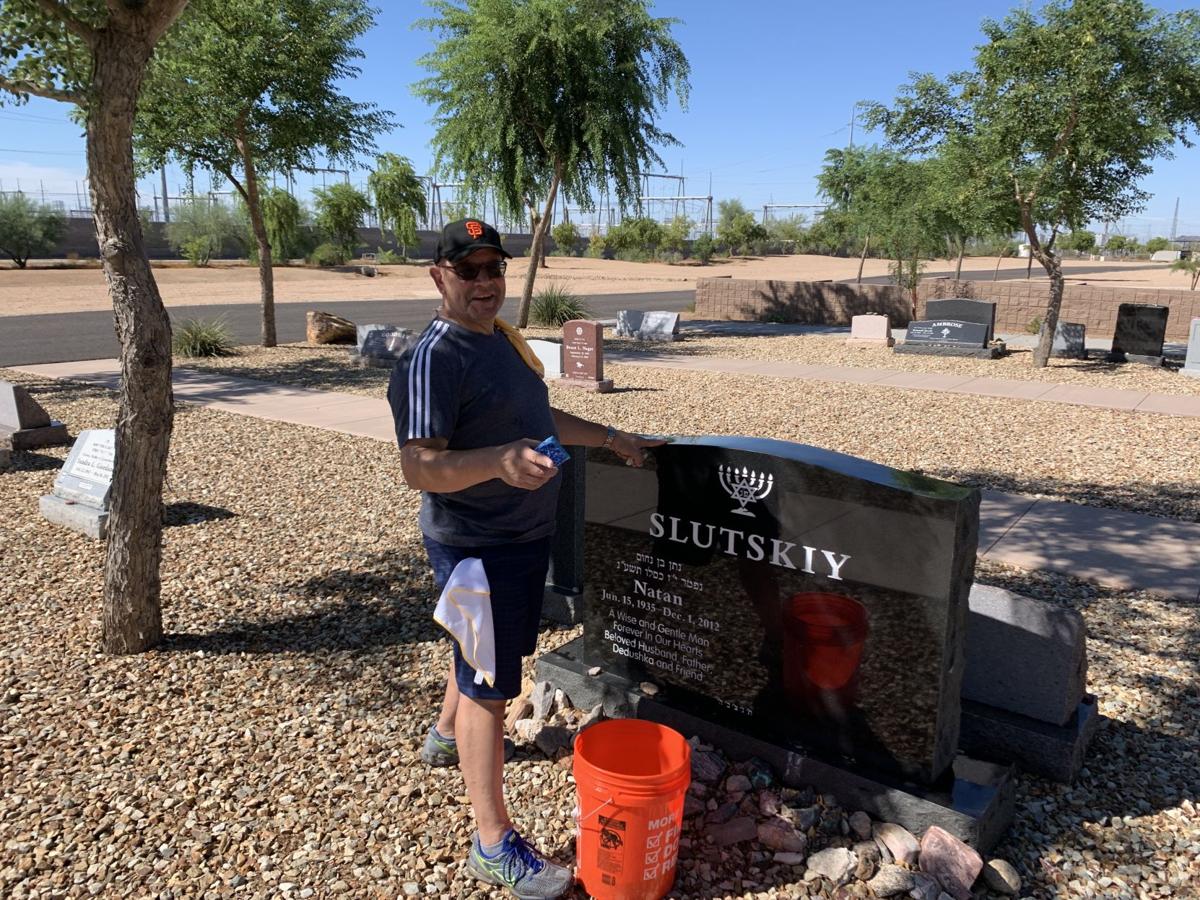 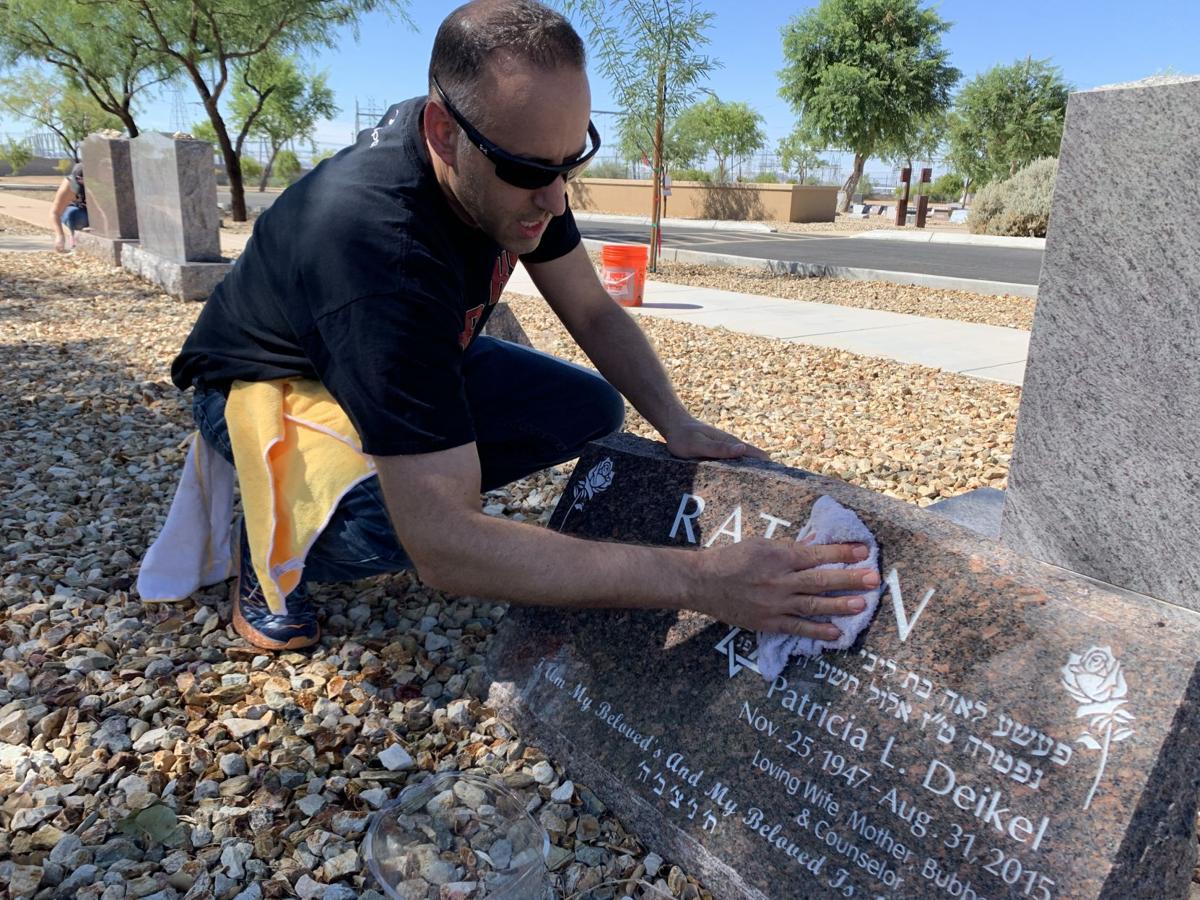 For the first time in its 14 year history, Mt. Sinai Cemetery had help cleaning its monuments. Members of Congregation Or Tzion volunteered their time and labor in preparation for an important religious service the cemetery will host next month.

In what hopes to be the start of an annual tradition, early last Sunday Rabbi Micah Caplan of Congregation Or Tzion arrived with nearly 20 other volunteers at the cemetery’s entrance. He said that he proposed the idea because he believed it was a good mitzvah. He also said that, in his experience, he’s seen many Jewish cemeteries that weren’t as well-kept as they could have been.

He wanted to have his congregation clean a majority of the estimated 1,000 monuments before Mt. Sinai’s Kever Avot Memorial Service, which is when the cemetery provides families with a large service as they visit the graves of their loved ones. More than 300 people are expected to attend this year’s upcoming Kever Avot service.

“We pay respects to our loved ones during this time of the year because we come to them and we ask them for forgiveness,” Caplan said. “How can we have done better with the lessons that they have left for us to hold onto? One of the things we can do for them is to make their eternal resting places beautiful and to make sure that we begin the new year thinking about them.”

In groups of two, the attending congregants took buckets of water and washcloths and gently and respectfully cleaned each monument. Additional chemicals or abrasives were prohibited and unnecessary for cleaning headstones, according to the grounds superintendent, Ben Wilson, who

assisted the congregants with the

He explained that there are specialized cleansers for headstones because a normal cleanser will do damage and cause the monuments to lose their shine.

Wilson and his groundskeeping staff clean the monuments once a year before Kever Avot, and work hard daily to preserve the cemetery’s beauty. But he appreciated getting help from community members.

The cemetery’s general manager, Ira Mann, was excited to have Or Tzion’s assistance and he hoped that the cleaning would teach the congregants — especially the younger ones — respect for those who have died and the importance of legacy and remembrance.

“It’s an opportunity for them to do a mitzvah as well as learn a little bit,” Mann said. “But at the end, it’s all about showing respect for the deceased. Even though they may not be with us, we’re can still be learning from them. And this is great for them to just be learning

For the congregation’s youth director, Terrah Yevilov, it was important to prepare the younger volunteers for what to expect on the day of the cleaning.

“I worked with Rabbi Caplan and we brought him in to do a little educational piece for our teens about what they’re getting themselves into and what does it mean to come and clean at the cemetery,” Yevilov said. “Specifically, why is this important in Judaism and why we hold it in such high regard? I’m excited that they really took it upon themselves to come and be part of this.”

Eight teenagers volunteered to help, including Adam Castleman, a ninth-grader, who admitted that the activity was a little more surreal than he anticipated.

“It seems so deep to just be here and be cleaning almost, like, someone’s life

and to be doing it for them even though they can’t do anything in return,” Castleman said.

For some of the volunteers, the outing was both a humbling and melancholy experience. Stanley Upiter’s father, Maurice, is buried at Mt. Sinai, so Stanley and his wife, Pam, contribute their time to help clean because they can appreciate the meaning behind the act.

“We thought it would be fitting to pay respects not only to who we have lost but to the population in general,” Stanley said. “What gets me more than anything else is when you see the ages of some of the people on both ends of the spectrum.”

doing. Regardless of an individual’s congregation and even regardless of religion, the community should be tending to monuments on a more consistent basis.

“We have others buried in other countries,” Pam said. “And you hope someone is taking care of their memory too. Performing the same mitzvah.” JN