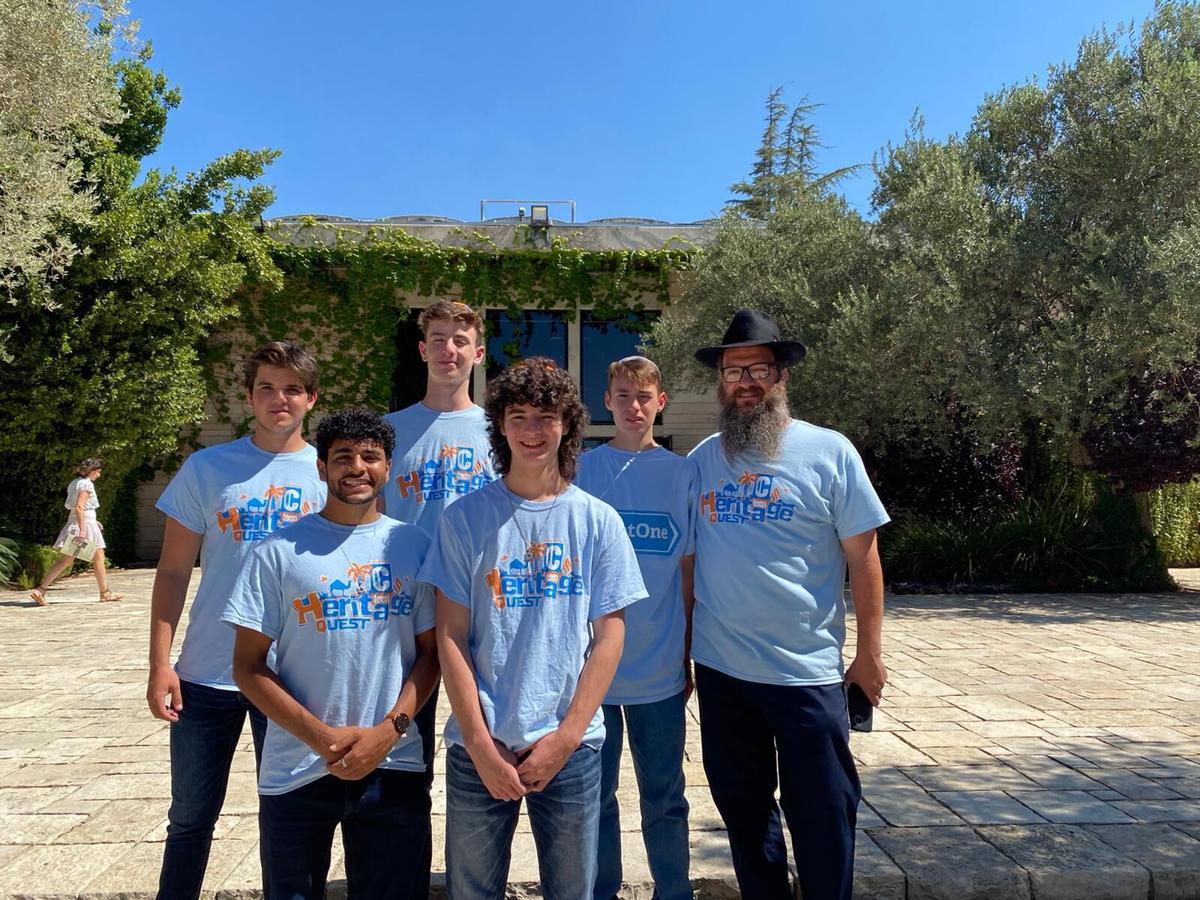 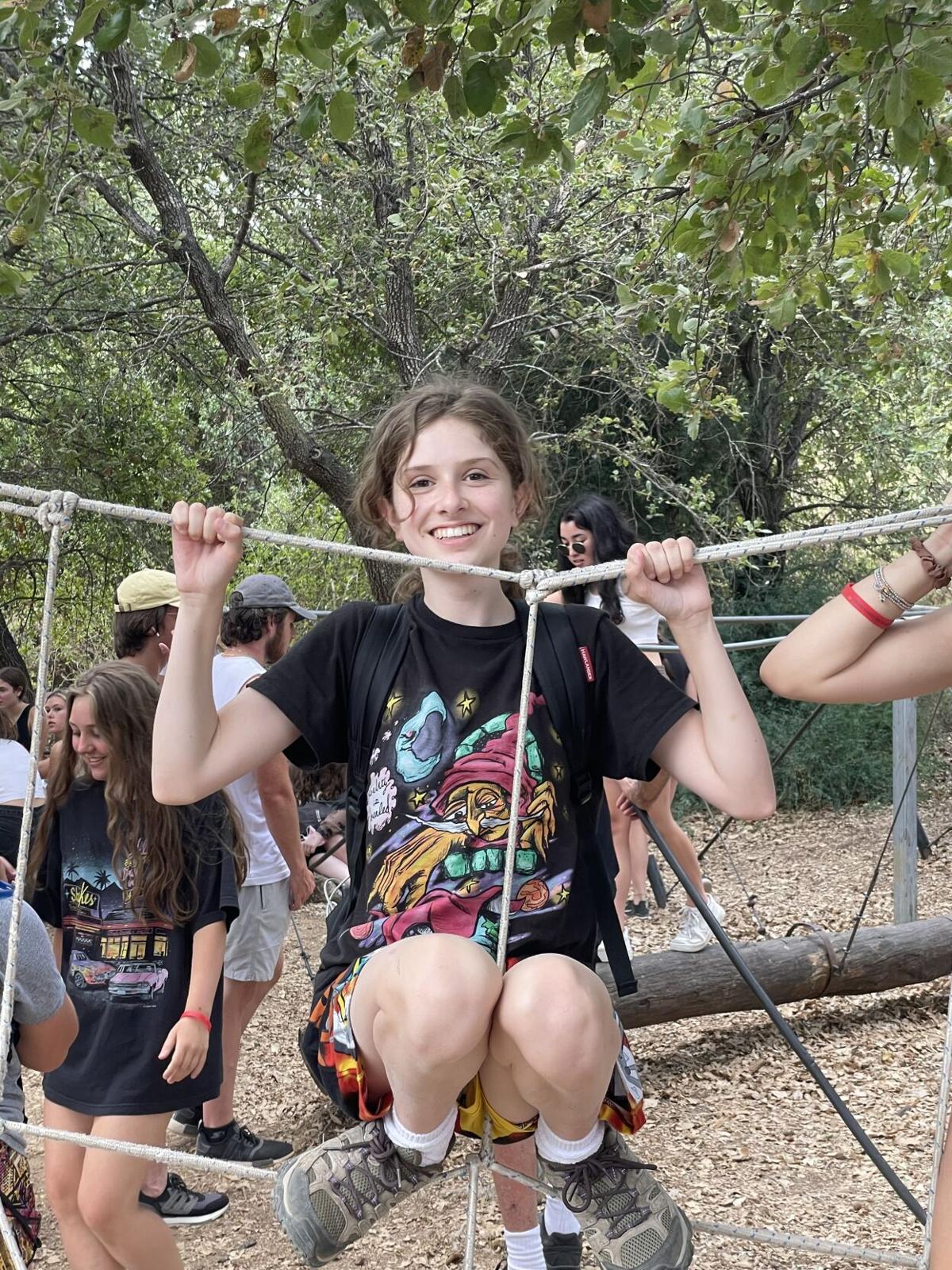 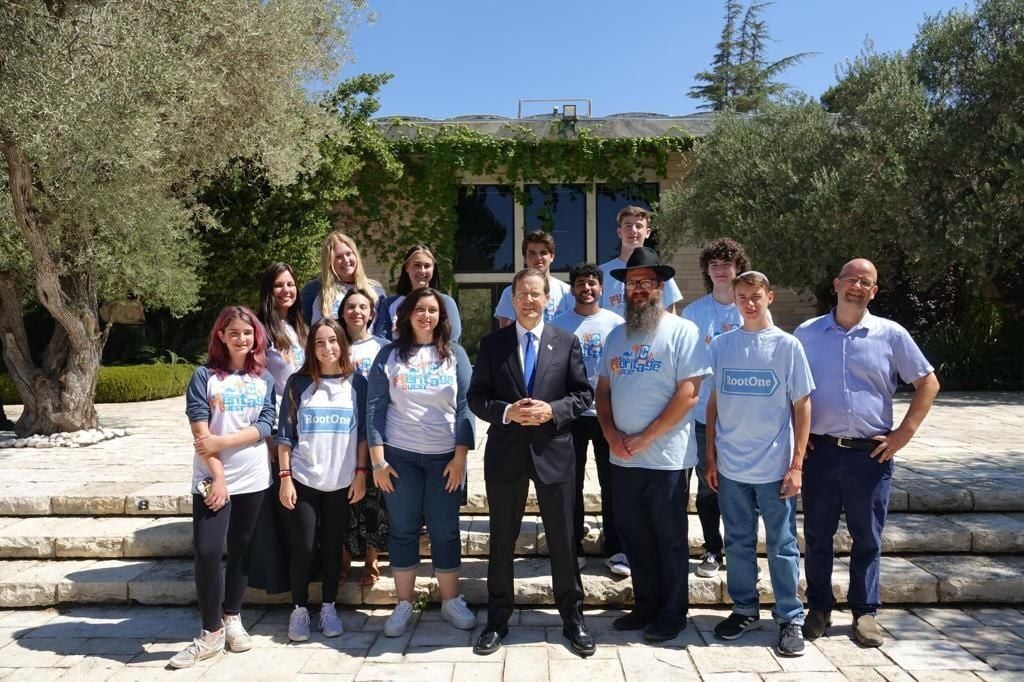 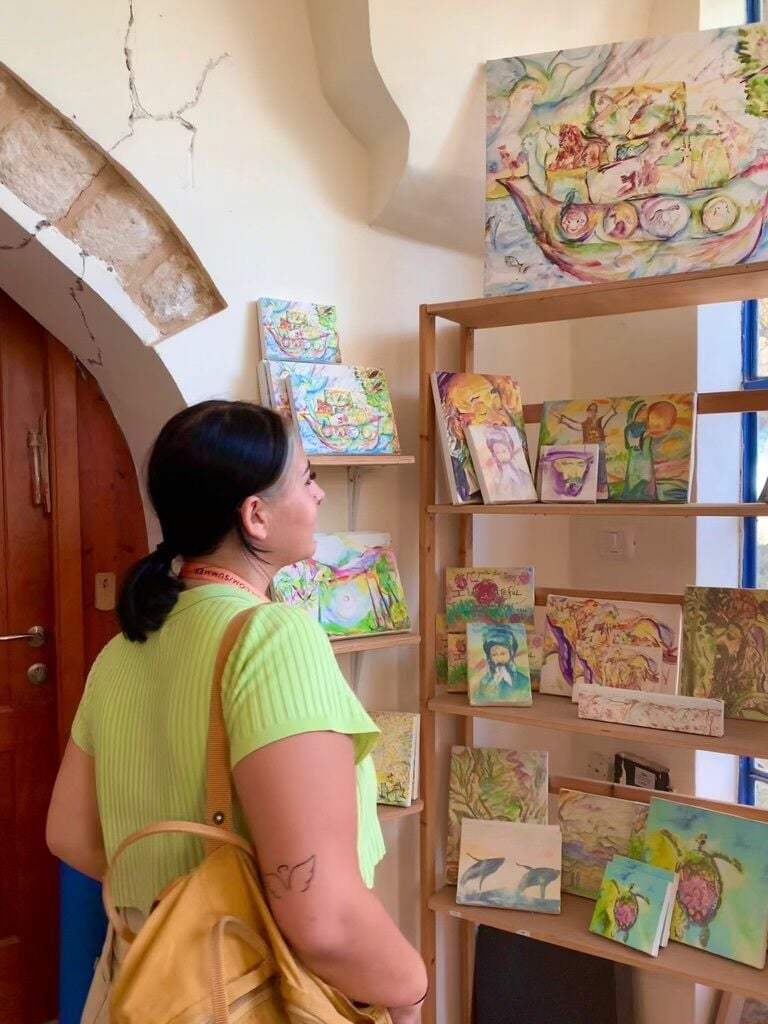 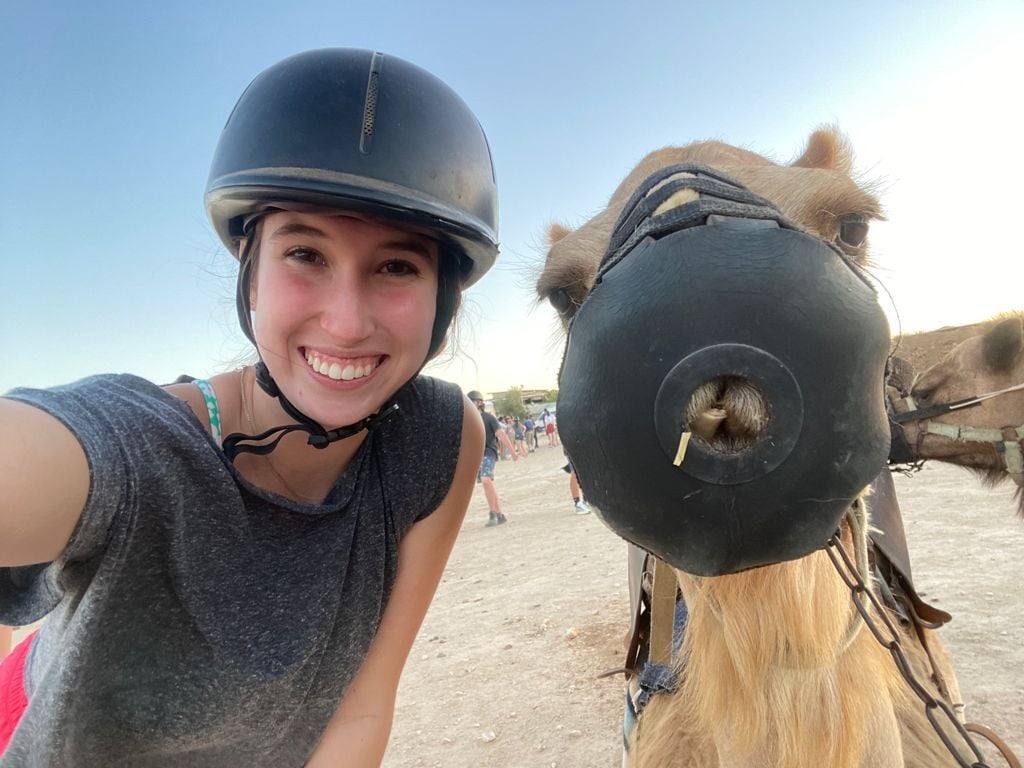 After more than a year, buses filled with youth tour groups were again zipping around Israel this summer.

“There were a lot of Jewish organizations I never even heard of,” said Colin Morris, who lives in Gilbert.

Morris returned from a three-week tour in Israel on Aug. 1, organized by Cteen, the Chabad teen network. His trip overlapped with that of several other Phoenix-area teens, who were participating in a program run by Jewish National Fund.

Morris, 18, was grateful he got to go at all considering the uncertainty caused by the ongoing COVID-19 pandemic and the spate of violence between Israel and Gaza in May.

CTeen’s Heritage Quest Israel trip was supposed to include a visit to Poland, but COVID canceled that portion.

It was Morris’ first time in Israel and he said his experience at the Kotel resonated with him the most. “Just being there and seeing everyone and how they pray and seeing all the different types of Jews that show up was pretty cool.”

He joined CTeen through Chabad of Gilbert about two years ago to be around more Jewish teens. “I was never really around anyone that was Jewish, because the Jewish community isn’t very big. So I just wanted to be a part of that,” he said.

Hannah Gilmartin, 18, also lives in Gilbert and was on the same trip.

“It was an amazing experience just getting in touch with the Jewish side of myself,” she said. Her mom is Jewish but her dad is not. She was most touched by experiencing Shabbat at the Kotel.

“It meant a lot to me. Being there was me being fully Jewish. It was really eye opening,” she said.

Morris and Gilmartin were among a group of 11 who made an official visit to meet with President Isaac Herzog at his residence.

“The meeting strengthened their commitment to being ambassadors of the Jewish people in the places where they live and I hope it will empower them for a long time,” said Sarah Sherman, Heritage Quest program coordinator.

Morris and Gilmartin appreciated being among those chosen for the meeting.

“He knew everything about us. He asked us why we wanted to be on the trip and where we’re from and about our Jewish communities,” Morris said.

Sydney Cohen, 17, was one of 18 Phoenix-area teens who were part of JNF-USA’s four-week service-oriented Roots Israel program. There were 115 teens on the trip.

“I’ve always heard that Israel is such a special place and that you can’t describe the feeling. And as soon as I got there, I would 100% agree,” she said. “Walking in the streets and seeing all the rich Jewish history is so incredible. It’s a place where I felt so at home, even though I was 7,000 miles away from my home.”

Cohen was supposed to go to Israel last year but the trip was canceled because of the pandemic.

A highlight was walking through the Old City. She didn’t realize Israel was such a special place to so many different kinds of people.

“When I was there, I just felt like I was being a good Jewish person. It was fulfilling and I felt complete and full.”

Weinzweig felt the experience made her more independent.

Jennifer Sosnow, JNF-USA’s Israel programs admissions director, said it is important for young Jews to go to Israel because the experience helps them form a stronger connection with their Judaism and, ultimately, helps combat antisemitism.

“From what I see, the teens that get involved early, the teens that are stepping up and joining Jewish organizations or traveling to Israel, or traveling to Poland and seeing Jewish sites and living a Jewish life are able to stand up and represent their Judaism in college,” where students are introduced to things like the Boycott, Divestment and Sanctions movement, she said.

In 2019, some 4.55 million tourists visited Israel, and the country’s tourism industry employed some 200,000 people, according to the Ministry of Tourism. But Israel closed nearly all entry to foreigners with the onset of the pandemic, and shut down its main airport earlier this year due to rising case numbers.

Hillel Newman, Consul General of Israel to the Pacific Southwest of the United States, said he is glad that student trips to Israel have resumed. “Usually people come back as goodwill ambassadors on behalf of the State of Israel,” he told Jewish News. “I hope the group from Arizona feels the same, and more connected.”

Jews are more likely to preserve their Jewish identity if they have a strong connection to Israel, he said.

Morris loved his time in Israel, but what made it really special for him was forming strong friendships with other Jewish teens. He hopes to travel to Israel again within the next two years on a Birthright trip.

Cohen, who wants to be an orthodontist, said she wants to study abroad in Israel during college.

Gilmartin said the trip sparked a curiosity in her about Judaism.

“Leaving this trip, I set some goals for myself that I never would have before,” she said. She wants to pray in the morning when she wakes up, focusing on what she’s grateful for, and she wants to observe Shabbat more. She also wants to get more involved in CTeen.

“Whoever is considering this trip or just going to Israel in general, definitely go. Go with an open mind because it’s definitely worth it,” she said. JN