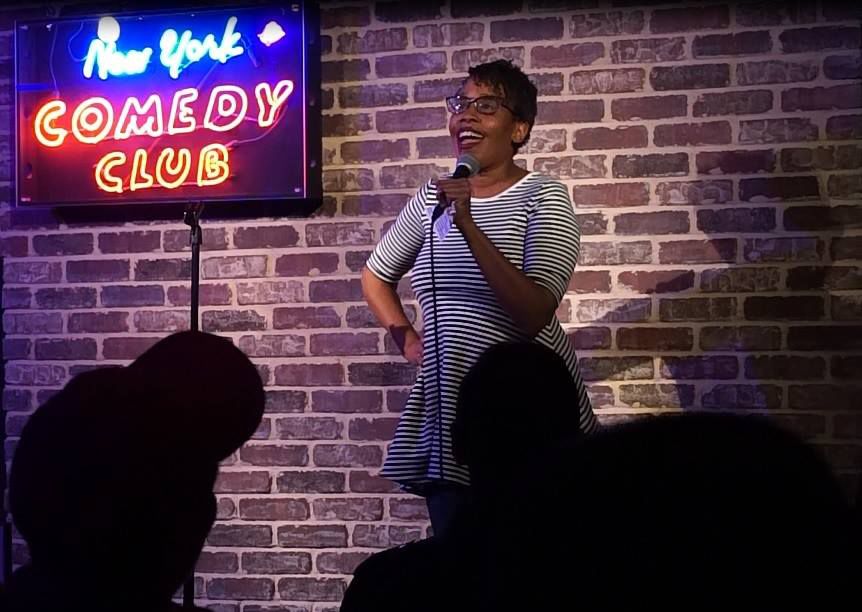 Gina Gold, performing on stage, converted to Judaism after growing up in a Yiddish-inflected home. 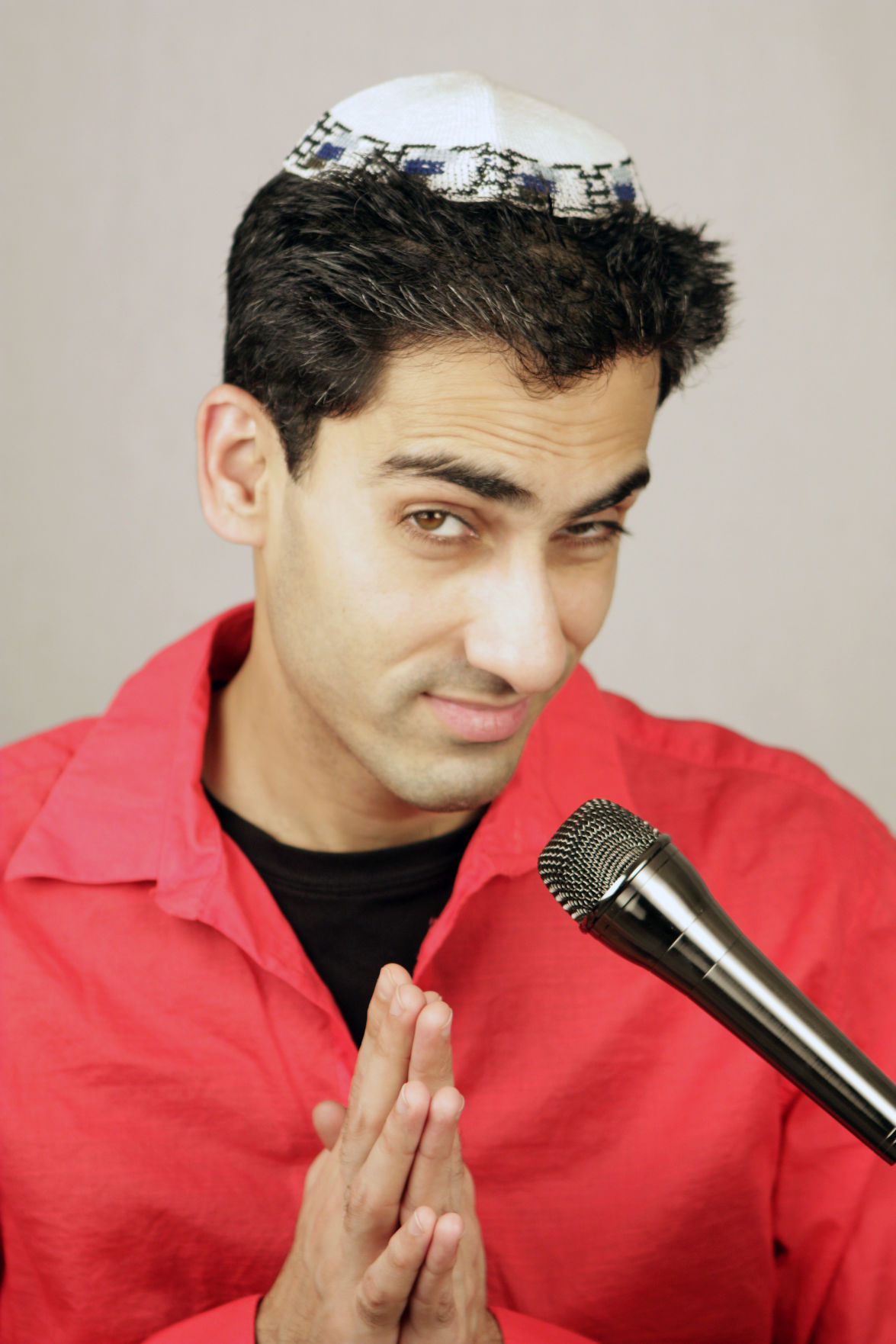 India-born Sam Koletkar is the son of a Jewish father and a Hindu mother who converted to Judaism. Koletkar’s comedy touches on the questions of what makes a Jew a Jew.

Gina Gold, performing on stage, converted to Judaism after growing up in a Yiddish-inflected home.

India-born Sam Koletkar is the son of a Jewish father and a Hindu mother who converted to Judaism. Koletkar’s comedy touches on the questions of what makes a Jew a Jew.

“I’m from Queens and my parents are both black and they came from the South,” Gold explained. “In some ways, we seem like a regular black family, except that my mom was often speaking to my brothers and I in Yiddish.

“At first, I didn’t think that was weird, I just thought everybody did that. People started pointing it out, like, ‘Why is your mother speaking Yiddish?’ My mom raised us Jewish without ever explaining why we were Jewish, and then she pretended like she wasn’t, and she would never cop to why.”

Gold is one of the four performers in “You’re Funny, But You Don’t Look Jewish,” a night of comedy built around each performer’s unique relationship to Judaism and the stereotypes that inform those relationships. They will perform this week at Kol Ami and the East Valley JCC (EVJCC).

Joining Gold are comedians Sam Koletkar, who was born in Mumbai; Joe Nguyen, the son of immigrants of Vietnamese and Jewish descent; and Mike Capozzola, an Italian-American Jew who helped get the troupe together.

“Literally, as the name suggests, a bunch of us were comedians who didn’t present as the stereotypical Jewish identity in America, because we’re not all white,” Koletkar said. “All of us are based out of the San Francisco area. Mike and I had done shows together. Joe and I had been in a lot of shows together ... and I think it was after Mike met Gina Gold that the whole idea metastasized.”

Gold met Capozzola when he was performing at a live storytelling event she started and hosts.

“I have a show I called ‘T.M.I.,’ and I met Mike when he came to perform at my show and he heard me onstage,” Gold said. “I was doing an impersonation of my mother and her accent, and after he heard my story he said, ‘I think we have a show.’”

Gold was unsure about being in a comedy show, given that she’s a storyteller rather than a comedian.

“But we’ve done like 40 shows since. It’s been really successful.”

In addition to regular performances in and around the Bay area, the group has toured across the U.S. and in Canada. Their upcoming performances in the Valley will be their first appearance in Arizona.

Combining humor with real-life anecdotes, each of the comedians delves into his or her unique Jewish history. Gold said when she was younger she was not religious. She began seeking a spiritual practice as an adult, and was drawn to Judaism largely due to the early exposure she had. After formally converting, she finally worked up the nerve to get some answers from her mother.

“She explained that her mom died when she was young and she was taken in by this German-Jewish woman who raised her Jewish and spoke Yiddish to her and told her to ‘think like a Jew,’” Gold said. “But because there was so much racism in New York, especially at that time, and so much racial tension between blacks and Jews, my mother just kept it to herself.”

Gold said her mother’s reluctance to speak about this background caused Gold considerable confusion when she was growing up, especially when it came to Yiddish.

“I remember her saying ‘schmatte’ and I remember the words were never very nice,” recalled Gold, laughing. “A lot of it was about how I looked, like, ‘Meshugana, take off that schmatte.’ I actually didn’t know ‘oy vey’ was a Jewish expression, because even on the Manhattan Bridge, it says something like, ‘Welcome to Manhattan, oy vey’ or something, so I thought that is a regular word. I even thought it was a black expression for a while.”

Koletkar, on the other hand, didn’t hear much Yiddish growing up in India, even though he attended the only functioning Jewish school in that country. He was familiar with family lore about how his Jewish ancestors first came to India.

“According to the story that I was told — I haven’t gone back and validated it as a historian — but the story is, back when the second temple was destroyed, the tribes fled across the world. One of the tribes, their ship wrecked on the shores of the Kerala region, a coastal region south of Mumbai.

“When the ships wrecked, there were seven couples that survived and they started settling and slowly but surely the population grew, and at its peak, I think the numbers were close to 50,000.

“And then when Israel was formed, [and] in the ’60s and ’70s, a lot of Jews migrated to Israel and the numbers dwindled again.” JN