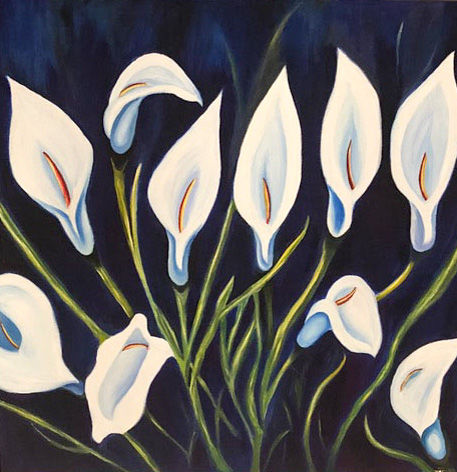 ‘Calla Lilies’ was painted for Jeanine Korer's daughter-in-law, who has a particular fondness for the flower 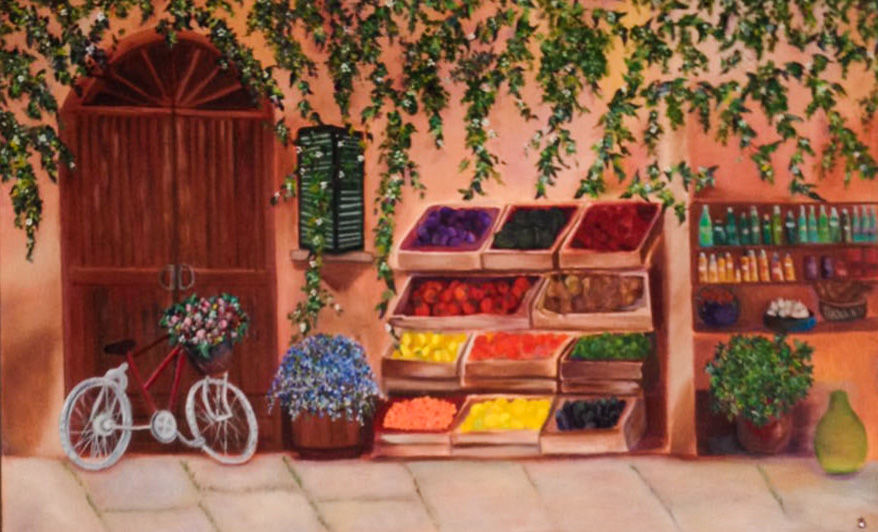 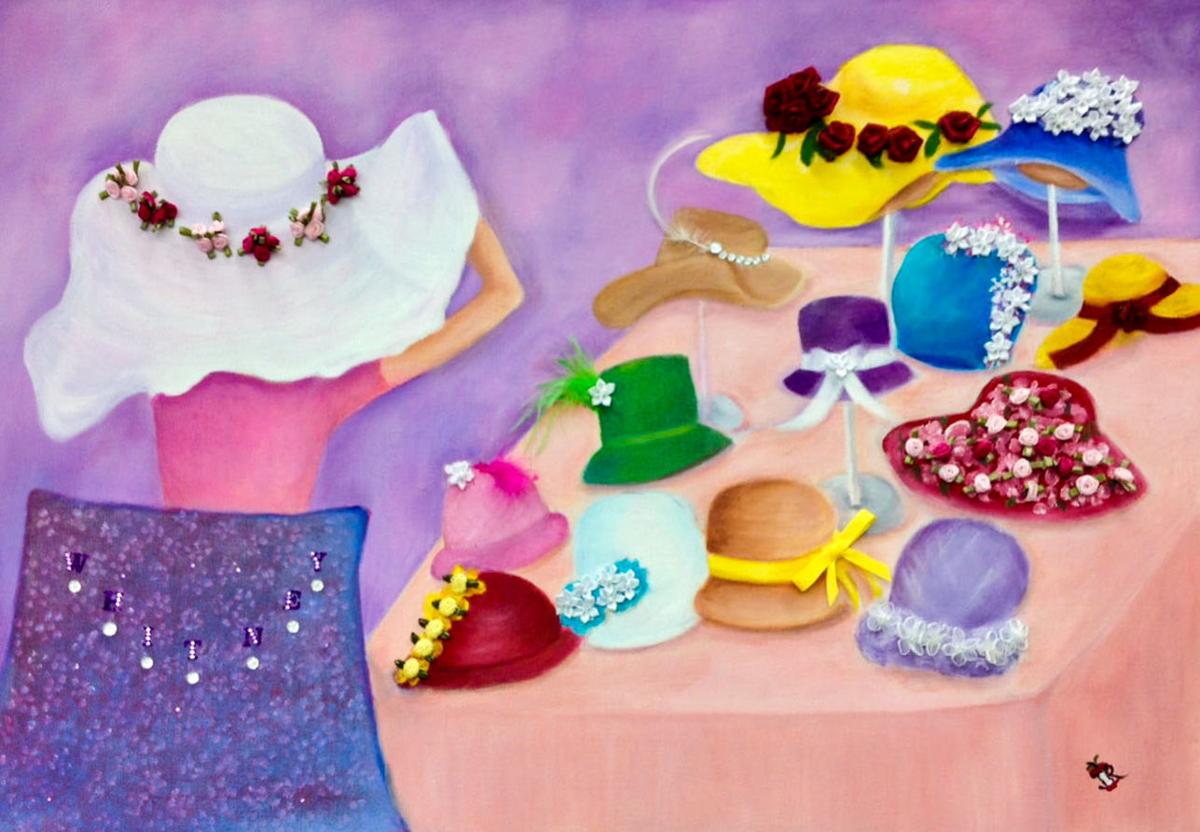 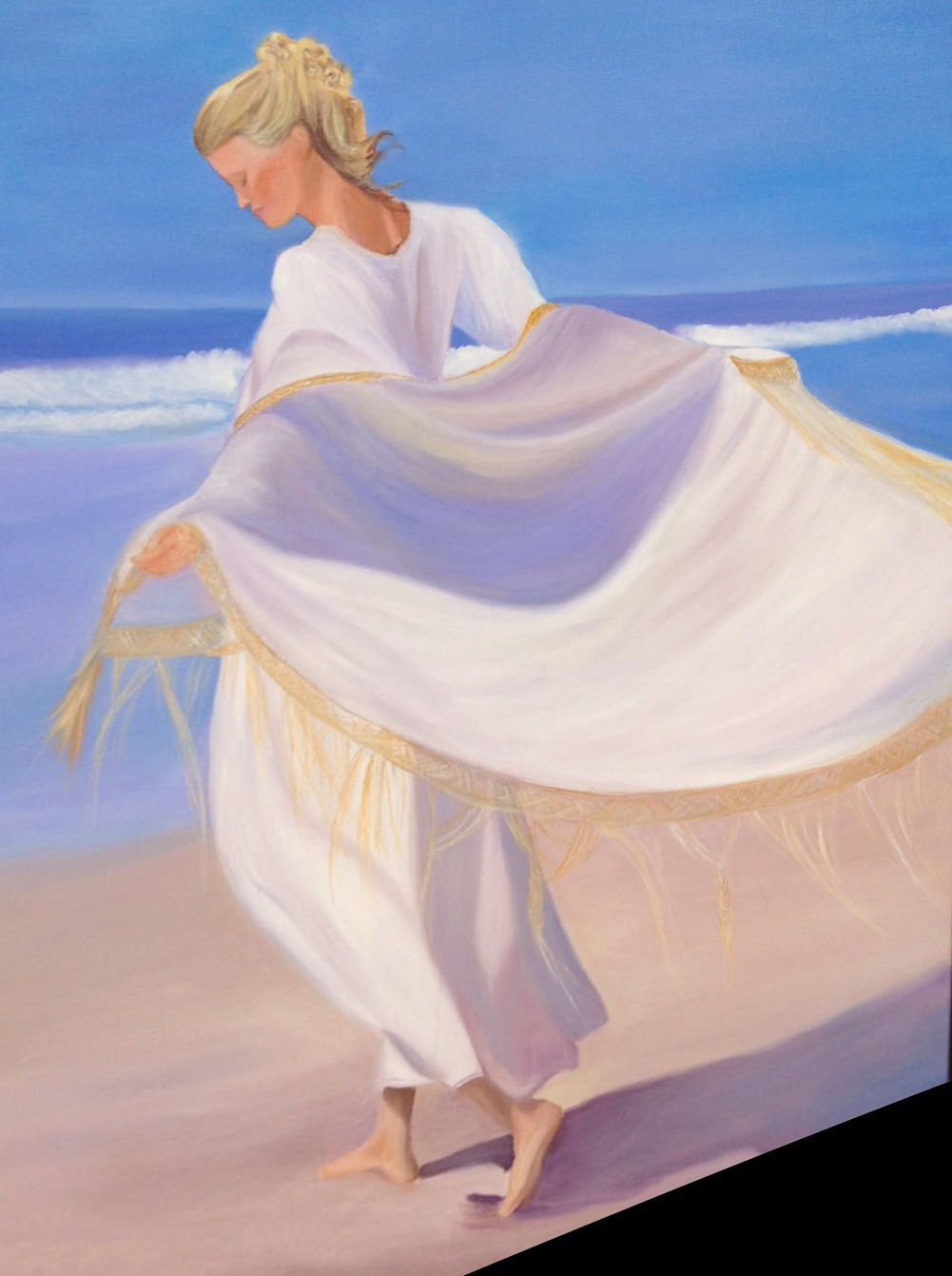 ‘Summer Breeze’ was inspired by a magazine photo.

‘Calla Lilies’ was painted for Jeanine Korer's daughter-in-law, who has a particular fondness for the flower

‘Summer Breeze’ was inspired by a magazine photo.

As Jeanine Korer prepares for the opening of her art exhibit at Temple Solel on Sept. 1, she is eager to share an expansive lifetime of work aimed at making audiences smile.

“If you want bad news, you can turn on the news on TV or the radio,” Korer said. “When I paint, I don’t feel unhappy. That’s probably what comes out in my paintings. Even if it’s just a flower.”

Korer, a member of Temple Solel since 1981, answered a call for artists the temple sends out through its Art @ Solel committee. While the committee was initially designed to archive all the religious pieces the temple owned, it also developed a program to showcase art by congregants.

“That’s where this program called ‘Art Showcase’ came,” said Art @ Solel committee member Ira Thomas. “We figured that there was art talent in the temple. If we could get enough people to see it, it would increase community awareness.”Korer’s exhibit will open Temple Solel’s new season of artists’ showcases.

“This will be my first indoor art show,” Korer said. “I had some other outdoor shows in Chicago where the wind blew everything over.”

While Korer now has a large collection of art to display, she had no idea that she could actually paint until a high school art teacher offered her some constructive feedback that stuck with her. She wasn’t inspired to paint anything, however, until her children were at a young age and she saw a picture in a magazine.

“Parade Magazine had a picture of Emmett Kelly and his dog,” she said. “I said, ‘You know, I’d love to paint something like that.’ I bought some brushes and some paints and a canvas and that was my first painting. It always hung above my husband’s chair, and I put our dog in it instead.”

That first painting will be on display at Korer’s showing. Her art encompasses many mediums, including pencil, charcoal, sculpture and scraper board. But her favorite style is oil painting.

“I find that oil painting is very forgiving,” Korer said. “I can change my mind 10 times, for color or shape. It takes me a long time to paint because I keep changing my mind.”

Korer is dedicated to continually improving her artistic ability by going into a studio twice a week. There, she workshops her art with a group, and continually gets support from them and her instructor.

“They’re the best audience in the world, because they can appreciate the time and the effort that goes into a painting,” Korer said.

Her process may not always come from the same place, but Korer always manages to find the same outcome with her art.

She believes that her art is designed to make her audience smile; to find a little more levity against what is going on in the world.

“Somebody pointed this out to me,” she said. “I never noticed it before. I paint happy. I don’t paint dark, psychological paintings. You don’t have to really think about my paintings, they’ll make you smile.”

Korer keeps that theory close to her heart and wants to make sure that everybody finds joy when they see her artwork.

Her exhibit will run from September to November, followed by a photography exhibit by Thomas. After that showcase, the committee will debut a very different program for Temple Solel.

“Something that we’re just developing that is new for us is an emerging youth program,” Thomas said. “It will feature kids that are anywhere from young teenagers up through high school.”

The new youth gallery will host a combined show running from March through May. It will feature a variety of young artists displaying an array of wall art. JN