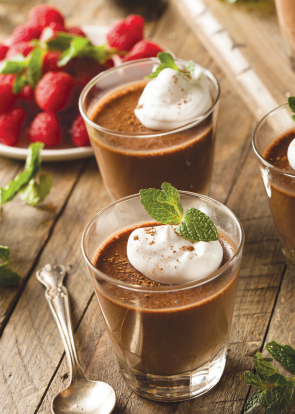 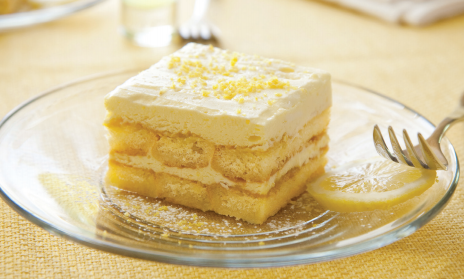 There is something special about an elaborate dessert. Finishing a meal with a showstopper of a sweet treat makes everyone smile.

But most desserts involve baking, which, at this time of year, is not tempting. Turning on the oven and heating up a kitchen when it’s 100-plus degrees outside — no thanks. Yet, there are times when we want to serve something more than ice cream or sorbet, and these two desserts fit the bill.

The first doesn't involve any baking. And the second is so simple there is no excuse to not make it.

Tiramisu is an Italian classic, but traditionally features chocolate, espresso syrup and cocoa powder. This version is more suited to summer — the lemon flavor is lighter and fresher than its chocolate cousin.

A word on the ladyfingers: There are two distinct types available for purchase and both can be used in this recipe. The sponge cake variety (my preference) can usually be found in the bakery section of the grocery store or sometimes in produce by the berries. There is also a crisper style of ladyfinger, almost like a sweetened breadstick, usually found in Italian delis and gourmet shops.

Either type can be used in this recipe; it is a matter of personal preference. The sponge results in a much softer texture, and the crisp ones hold their shape and firmness.

In a large bowl, whip the mascarpone cheese and cream. Add the juice of 2 lemons, a tablespoon of sugar and ¼ cup limoncello. Set aside.

In a medium-sized saucepan, mix the juice of the remaining 4 lemons, a tablespoon of sugar and ¼ cup limoncello. Heat on low until the sugar dissolves. Remove from the heat.

Place the ladyfingers in a layer in a square baking dish, and pour half of the syrup over them.

Cover and chill for 4 hours or longer.

I have always avoided traditional chocolate mousse recipes because they contain raw eggs. But this version, basically a riff on chocolate ganache that you chill and whip, is happily and deliciously egg free.

The proportions are different from chocolate ganache, which uses a 1:1 ratio of chocolate to cream. This mousse requires one part chocolate to two parts cream. I will grant that the texture is not absolutely identical to the chocolate mousse that contains eggs, but I would argue that the light, fluffy, velvety smoothness of this recipe should generate no complaints. And best of all, it poses no risk of salmonella.

The preparation is ridiculously simple, but it does require patience because the mixture has to chill in order to whip and achieve the light, velvety texture. If your patience fails you (or the clock is ticking fast) you can employ a workaround shortcut.

This is wonderful on its own, but also great with whipped cream and fresh berries. Serve it in martini or wine glasses for a dramatic presentation or in a teacup or jam jar for a casual vibe.

Pour the chocolate chips into a large glass bowl.

In a small saucepan, heat the cream over medium heat until just short of boiling. Tiny bubbles will appear around the edges. Pour the hot cream over the chips and cover. Let it sit for about 3 to 4 minutes.

Remove the lid and gently stir the mixture with a whisk. Mix until smooth. Allow the mousse to come to room temperature, then refrigerate.

Place in the refrigerator for a few hours. When well-chilled, remove it from the fridge and whip it until peaks form. Serve immediately or return to the fridge until ready to serve.

Note: If time is short or your craving is severe, you can use one or both of the following techniques to expedite the process:

Place the bowl containing the melted chocolate/cream mixture in a cold water bath — such as a large bowl filled halfway with ice water.

Gently mix the mousse in the bowl, tilting the bowl to expose all sides to the cold temperature; this will speed the cooling process.

Also, you can place the mixture in the freezer rather than the fridge. Just be careful to check it and not actually freeze the mixture; 30 minutes should do the trick following 10 minutes in the cold water bath.

This article first appeared in the Jewish Exponent, a Jewish News-affiliated publication.