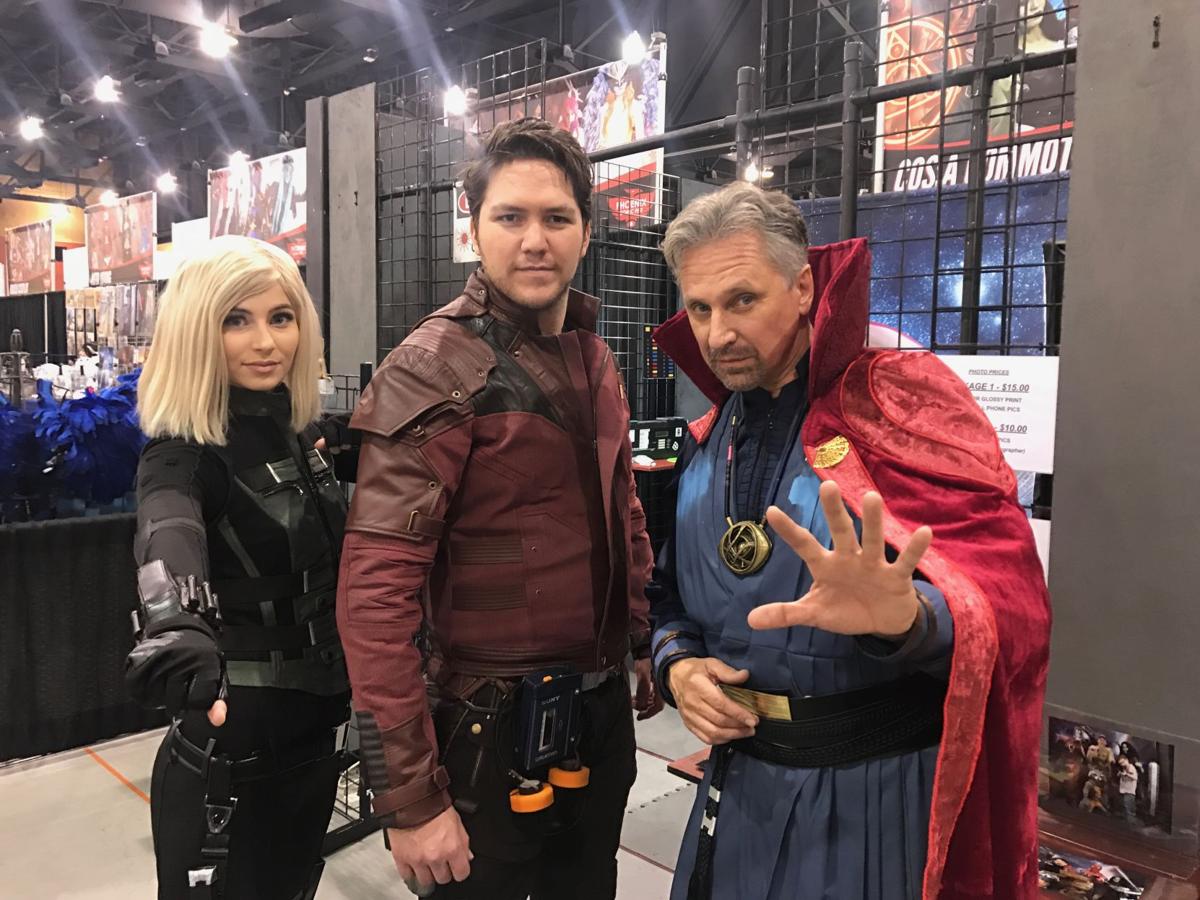 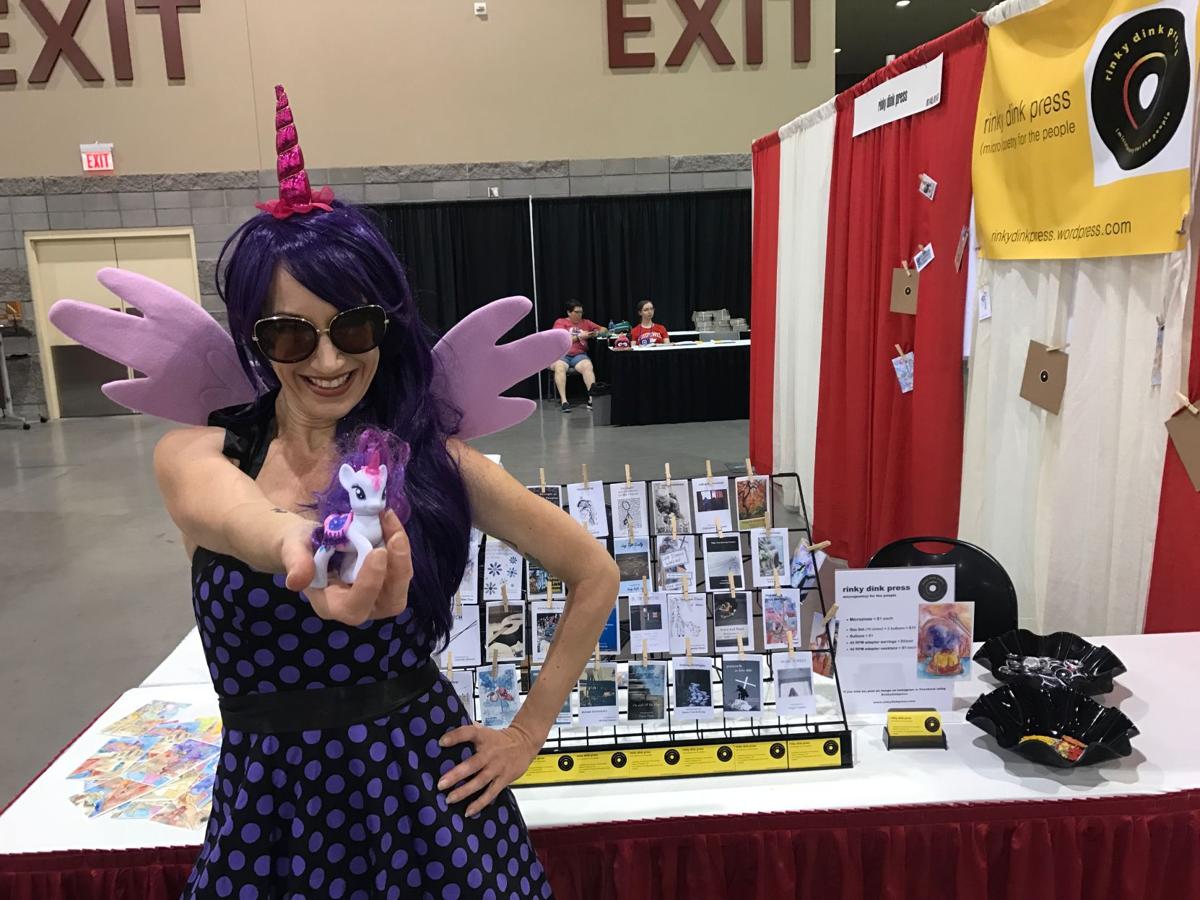 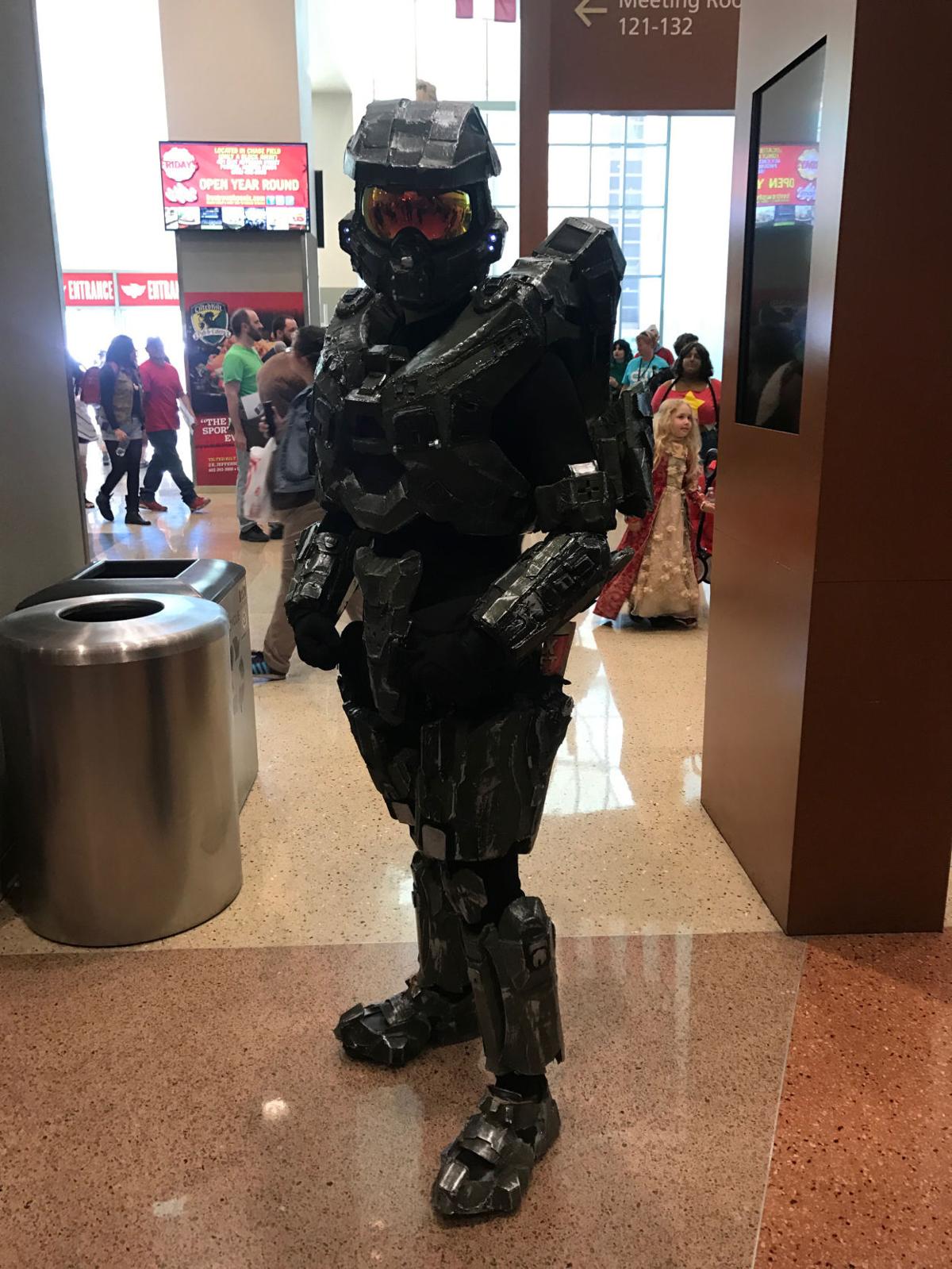 “Discover your inner geek” was the official tagline for Memorial Day weekend’s Phoenix Comic Fest — formerly Phoenix Comicon — the city’s largest annual celebration of science fiction, comic books and a host of other cultural products from manga and microzines to the latest in virtual-reality gaming.

Though it now fills the Phoenix Convention Center’s 900,000 square feet, spilling onto multiple blocks of downtown streets, the event’s beginnings in 2002 were humbler, with attendance at just around 500. Last year, it boasted more than 80,000 visitors to the hundreds of vendors and panels.

A number of the celebrities, creators and vendors present at the event have Jewish backgrounds, including William Shatner, famous for his portrayal of Captain James T. Kirk in the “Star Trek” franchise; actress Barbara Dunkelman; and author Cory Doctorow, to name a few.

A self-described nerd, Dunkelman is currently most popular for voicing the character Yang Xiao Long on the American anime-style web series RWBY. The show is produced by Rooster Teeth, a media and entertainment company for which Dunkelman serves as community manager and marketing director.

Dunkelman, originally from Canada, grew up regularly attending synagogue and participating in Jewish youth groups. She visited Israel as part of a Birthright trip and speaks some Hebrew.

“I’m very proud of how I was raised and how I grew up,” Dunkelman said. “I feel like tradition makes you who you are and shapes your personality and the way you were raised, so I have always been very proud of that.”

Serving as host and co-host to a number of Rooster Teeth programs and podcasts, Dunkelman said she often mines her Jewish background for comedic material.

Doctorow is an activist and author of 11 novels, including the New York Times bestseller “Little Brother.” Though always aware of his Jewish background, his family was not observant.

Instead of Hebrew school, Doctorow attended a youth affiliate of the Workmen’s Circle, or Der Arbeter Ring in Yiddish.

“It’s an old trade union-oriented Yiddish and Jewish fraternal organization, like Kiwanis for radical Jews,” Doctorow explained. “There used to be Der Arbeter Ring in all the Jewish centers of Montreal, Toronto, Winnipeg, New York and Minneapolis. We do a lot of liberation theology in our family when we talk about Judaism.”

Phoenix Comic Fest’s popularity has mirrored that of comic book characters and brands in film and other entertainment mediums, most notably the Marvel Cinematic Universe, which has produced 19 films since 2008 for a combined box office gross of $15.5 billion, according to the Washington Post.

The characters that power this are, for the most part, the creations of men such as Stanley Martin Lieber and Jacob Kurtzberg, known popularly as Stan Lee and Jack Kirby, who created or co-created Black Panther, Spider-Man, the Hulk, the Fantastic Four, Ironman, the X-Men, Thor and the Avengers. Captain America was also created by Kirby and Joe Simon, aka Hymie Simon.

Lee and Kirby’s parents were Jewish immigrants from Eastern Europe, as were the creators of Superman and Batman. Though there are many factors explaining the large role Jews played in the early comic book industry, one of them was the anti-Semitism in more established industries, according to Arie Kaplan’s 2008 book “From Krakow to Krypton: Jews and Comic Books.”

This year’s event ran smoothly, avoiding the long entry lines of previous years. Though there was a false fire alarm that led to an evacuation and cancellation of programing on one evening, there was nothing like the incident last year when 31-year-old Matthew Sterling entered the Phoenix Convention Center armed with four guns, a knife and wearing body armor. Sterling allegedly planned to go on a rampage targeting police officers and “Mighty Morphin Power Rangers” star Jason David Frank, who appeared again at this year’s event.

Sterling’s arrest led to a ban on all prop weapons at the event, from gigantic foam swords to glowing light sabers. This year, Square Egg Entertainment allowed prop weapons, although it increased the number of screeners and screening stations. JN