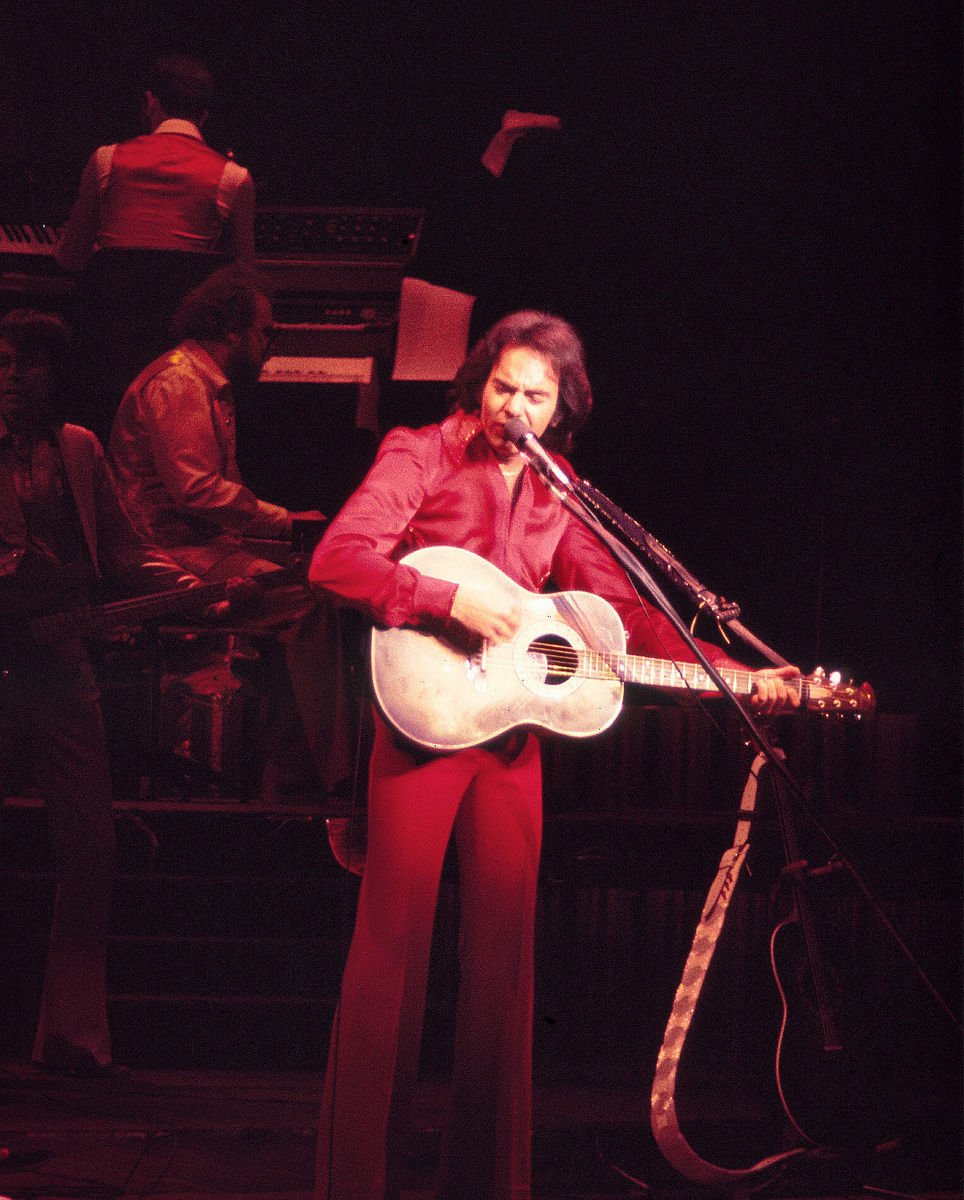 Neil Diamond performs at the Aladdin Theater for the Performing Arts in Las Vegas in 1976. 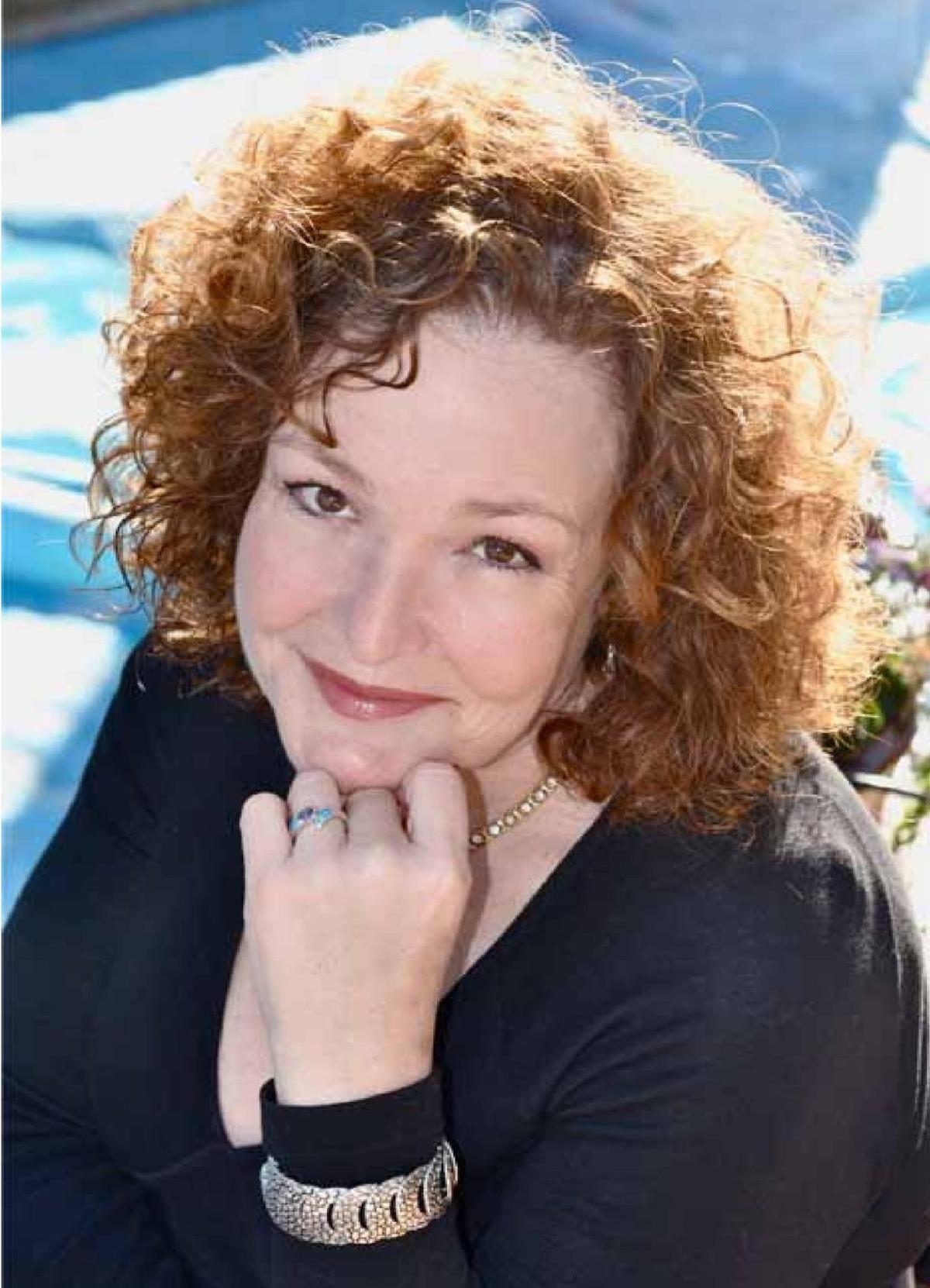 Cantor Janece Cohen of Congregation Or Chadash has found Neil Diamond’s ‘Jazz Singer’ useful in explaining what she does.

Neil Diamond performs at the Aladdin Theater for the Performing Arts in Las Vegas in 1976.

Cantor Janece Cohen of Congregation Or Chadash has found Neil Diamond’s ‘Jazz Singer’ useful in explaining what she does.

Neil Diamond, the legendary singer-songwriter behind such hits as “Sweet Caroline” and “Cherry Cherry,” announced last Monday that he has Parkinson’s disease and is retiring from concert touring.

Diamond, 77, was born in Brooklyn and was high school classmates with Barbra Streisand. At 16, he attended a Jewish summer camp in upstate New York, where he saw a performance by folk singer Pete Seeger that inspired him to start writing his own music.

Diamond’s debut single as a recording artist — “Solitary Man” — was released in 1966. Since then, 38 of his songs have been on the top 10 of the Billboard Adult Contemporary charts. He was inducted into the Rock and Roll Hall of Fame in 2011, and has sold more than 130 million albums across the globe.

Though a well-established force in popular culture, Diamond has also influenced many young Jewish singers with his performance in the 1980 remake of the 1927 film “The Jazz Singer.”

The story follows Cantor Yussel Rabinovitch, played by Diamond, as he moonlights with an African-American music group. His pursuit of secular music causes conflict with his traditionalist father.

Despite controversy around the film’s use of blackface, its soundtrack proved immensely popular, becoming Diamond’s most successful album in the U.S.

Cantor Ross Wolman of Temple Chai first saw Diamond’s 1980 remake while studying to be a cantor in New York City.

“I liked the contemporary spin, although clearly it was a lower-budget film,” Wolman said. “He still did the blackface, which was not great and was disappointing, but it’s always nice to see Jewish music get a spin in popular media.”

Janece E. Cohen, cantor for Congregation Or Chadash in Tucson, said the story of the film was a classic and that at times the film itself was “useful” to her.

“I was asked by somebody what I did for a living once and I said I was a cantor,” Cohen said. “They had no idea what that was, and I said, ‘Did you see ‘The Jazz Singer?’ They said, ‘Yeah,’ and I said, ‘What Neil Diamond did in the synagogue at the end of the film, that’s what I do.’ ”

Despite its utility in explaining her profession, Cohen said, “Jewishly, the movie was kind of lame.” She also added that, “Sir Lawrence Olivier sounded Irish, not Yiddish.”

Todd Herzog, cantorial soloist for Temple Solel, said the film’s theme of struggling to be a successful musician in both secular and religious circles was something that resonated with him.

Herzog’s connection to Diamond extends beyond the film, though.

Through his work with the Jennifer Diamond Foundation, a nonprofit helping cancer patients in California, Herzog met Harvey Diamond, Neil’s brother. Harvey and his wife, Marilyn, set up the Foundation to honor their daughter, Jennifer, who died from appendiceal carcinoma, a rare from of cancer, in 2002.

Herzog met Neil Diamond at a yahrzeit ceremony on the first year anniversary of Jennifer’s death.

“Let’s just say it was more than a little intimidating to be singing my song at her gravesite in front of Neil Diamond,” Herzog said. “I did have a chance to talk with him for a little while afterwards and ask him about his process and what kind of things he was up to at that point. He was very encouraging.”

Herzog was not surprised by Diamond’s decision to retire.

“Unless you’re a twentysomething going around in a van with your friends, touring is not conducive to a normal lifestyle,” Herzog said. “It’s tough not just physically, but emotionally.”

Herzog added that he’s sure Diamond will continue his work as a songwriter.

“Neil never envisioned himself actually being a singer,” Herzog explained. “From what I understand from him and his brother, Neil was never trying to be a superstar. He wanted to be a songwriter and then he found that the only way to get his music out there was to perform it himself. Then he got discovered by some guys and ended up having an incredible career.” JN