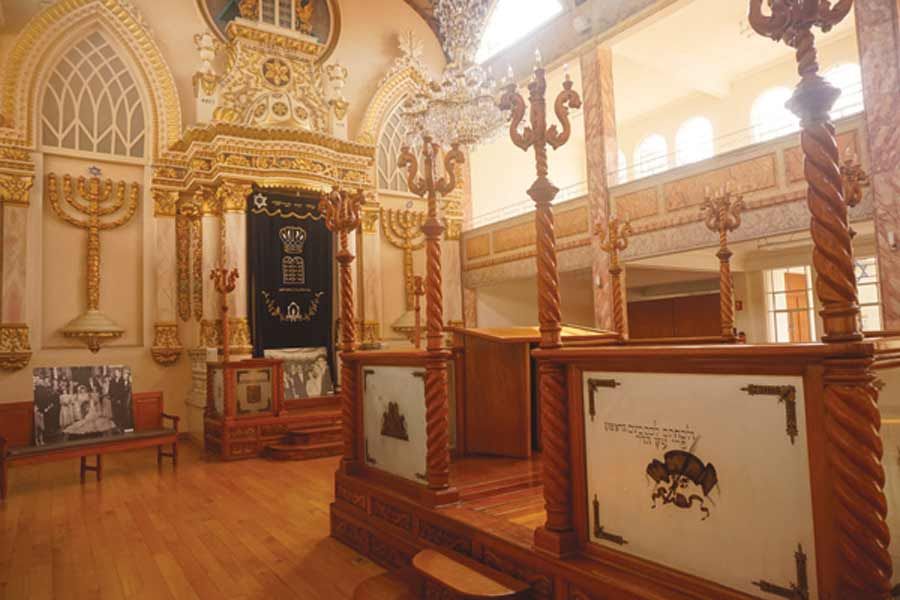 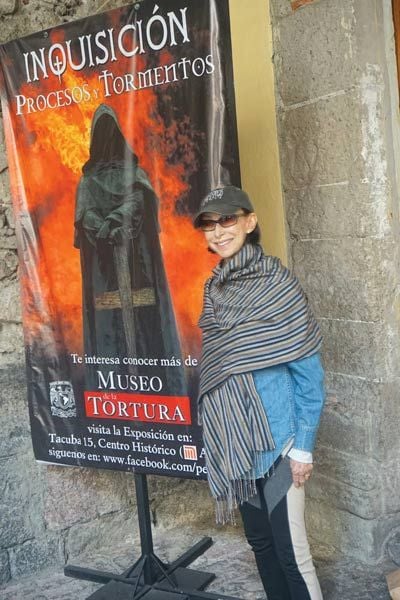 My research for historical accuracy in my novels has led me around the world, including to Israel, France, Poland, Spain and the Czech Republic. After the success of “The Blind Eye – A Sephardic Journey,” and its award of ONEBOOKAZ in 2015, I began to examine other locations besides Spain and Portugal where the long arm of the Inquisition had an impact on Jewish lives.

My search was close to home. When the Inquisition expanded to South America to look for Judaizers – people who kept their rituals and traditions in secret after forced conversions, also known as conversos – most were from the Iberian Coast – Spain and Portugal – as well as North Africa and the Middle East, and known as Sephardim. In 1570, an Inquisition office was opened with the purpose of persecution in Lima, Peru. In 1571, the Grand Palace of the Inquisition launched its tribunal in Mexico City. In 1610 Cartegena, Colombia initiated an office of the Inquisition to look for others who were not faithful to the Church.

On the corner of Republicas de Venezuela and Brazil streets in Mexico City stands an imposing stone building that takes up most of a block. As with most Inquisition buildings and jails scattered through the Americas, the entry is set into the corner of the edifice to discourage escape. Today, it is called the Museo de la Medicina Mexicana, a place of learning for medical students who take classes and examine cadavers.

When I entered I felt a chill, although the day was bright and sunny. It has courtyards, classrooms, a bookstore and a museum with artifacts from the time period, as well as jail cells where I stood contemplating what the people must have thought, often locked up for decades without any official reason. The focus was on arresting those who persisted in keeping Jewish traditions and rituals; however, when the Jews disappeared, the attention turned to Protestants who were not welcomed in Nueva España and then women who were accused of being witches.

Exhibits include documents, locks and keys, paintings of an auto-de-fé, known as An Act of Faith, that display the splendor of an elaborate spectacle to burn heretics alive, other representations of the judges of the Inquisition passing sentence on a penitent in a sanbenito (the yellow cloak an accused wore with a conical hat) and evidence from Judaizers, such as a small menorah. This part of the museum is open 365 days a year and is free. In the past, this part of history was ignored; however, today, they are introducing it in schools.

In another area, the Museo de la Tortura, which has a small admission fee, features displays  that are not for the faint of heart. There are visual representations that shock with their strange contraptions and contorted manikins. I could not pull myself away from the woman being set on fire in an auto-de-fé because it is a fact that more women were accused, tried, convicted and put to death than men. Most were caught preparing food with ingredients that revealed they were Jews, like garbanzo beans, or taking a bath for Shabbat or teaching others prayers from memory after the confiscation of books.

Upon exiting, we were guided to the Convent of San Diego that was used as a jail for the overflow of prisoners. In fact, a plaque states it is in the memory of the Inquisition victims who were burned alive. “In front of this place was the quemadero (burning place) of the Inquisition.”

Not all of Jewish history in Mexico City is represented by the Inquisition that officially ended, according to numerous resources, in 1820, 1834 or 1910. The tragic history lasted almost 400 hundred years, chasing Jews to all corners of the world.

We hired a guide, Monica Unikel, who took us to the streets where the first Ashkenazi immigrants arrived from Eastern Europe in the early 20th century. By the 1920s, Calle de Jesus Maria housed sweatshops, a kosher restaurant, a shochet, a mohel named Klip, a rebbe who taught children after school, a caterer for events and a synagogue, with another a few doors down started by immigrants from Damascus, Syria.

In 1922, another synagogue, Nidje Israel, opened its doors. A grand structure, based on a patron’s Lithuanian background, displays an extraordinary painted vaulted ceiling in the style of European shuls that sets it apart from everything else. With a center bimah and a large balcony, it was the heart of the community for wedding banquets, bar mitzvah celebrations and all rites of passage.

In the 1960s, when the congregation moved to the suburbs, the structure was abandoned. Today, after Monica Unikel’s avid work for eight years, it is restored to its original splendor with hardwood floors. It is referred to as the Sinagoga Histórica (sinagogajustosierra.com) at Justo Sierra 71 and is definitely worth seeing. It is inspiring to see their grand vision.

Mexico City boasts a population of 20 million people, so traffic delayed us many times; however, some highlights were visiting Casa Azul, the home and studio of artist Frida Kahlo and muralist Diego Rivera. Both had a social conscience, entertained the famous and created a unique space. In fact, both claimed a Jewish parent, Frida’s father and Diego’s mother, who was a converso. They both acknowledged that it had an influence on them. I noticed a lack of religious icons on their walls. Their space was secular and artistic, filled with color, gardens and a large dining room to entertain everyone from politicos like Trotsky to movie stars. I felt as though I had stopped in for a visit to chat with Frida in one of her two bedrooms.

The Museo Nacional de Antropología, a grand structure that covers all the indigenous people of the area, was fascinating. It is worth the day to explore the tribes who make up Mexico, and their contributions.

I also highly recommend Museo Soumaya, the creation of Carlos Slim, the wealthiest man in Mexico. The museum of his personal art collection that includes a rooftop of Rodin sculptures has six floors, no windows and metal construction that rivals major museums around the world with Impressionists to the avant-garde with Rubens, Pissarro, Chagall, Monet and Dali all represented.

Mexico City has so much to explore. We stayed in the Polanco district, a safe area with many shops, restaurants and an Abraham Lincoln Park. I would definitely visit again. We were welcomed so warmly.

Marcia Fine is an award-winning author/speaker whose seven novels focus on Jewish identity. She resides in Scottsdale. Visit marciafine.com.