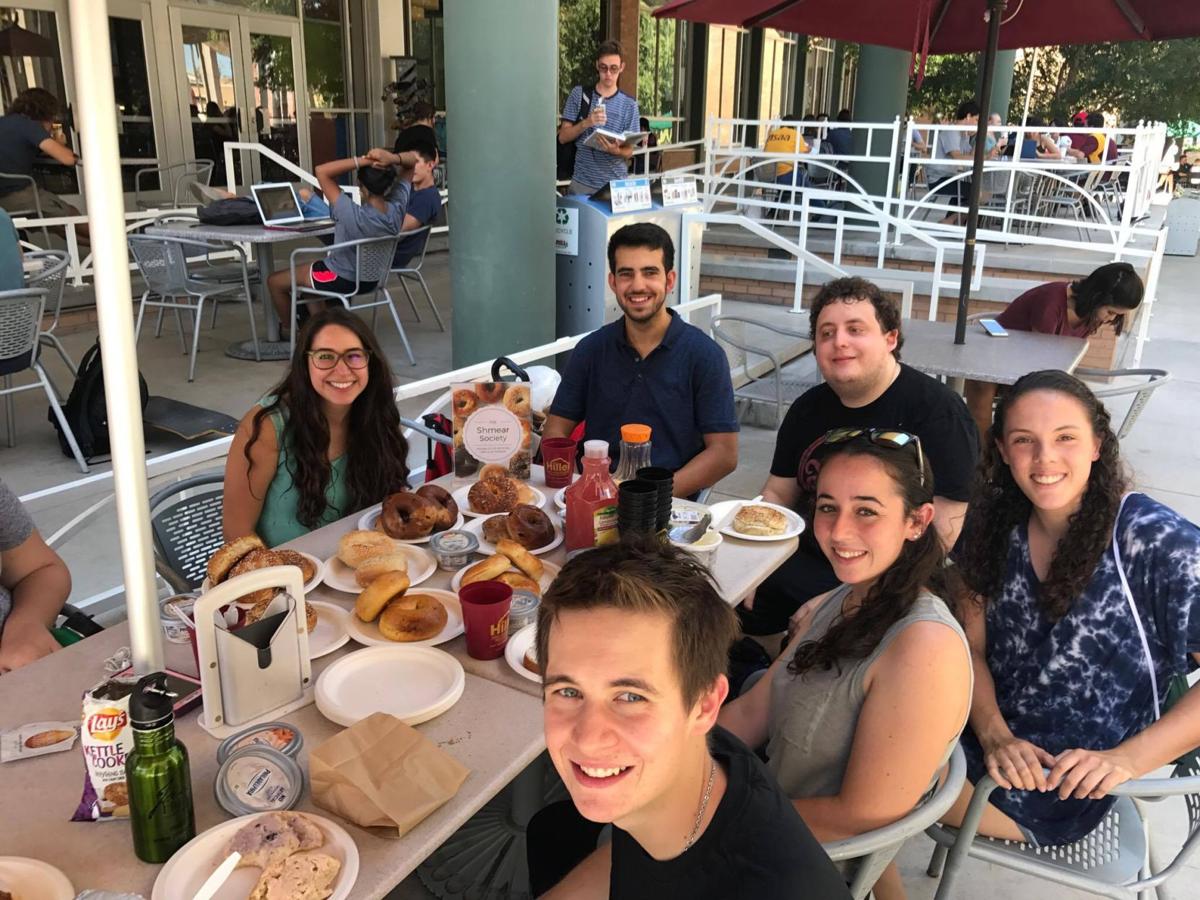 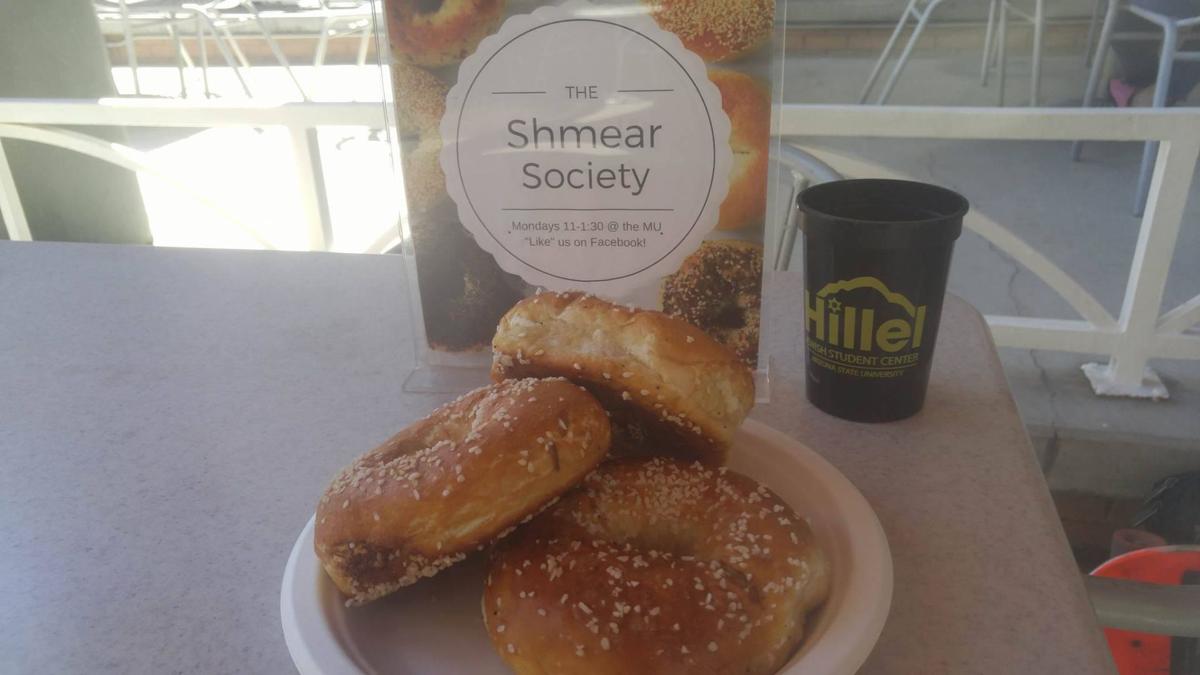 Something as simple as a warm bagel is connecting Jewish students of all backgrounds at Arizona State University.

The Hillel Jewish Student Center at ASU hosts the Shmear Society at the university’s campus in Tempe on Mondays and in downtown Phoenix on Tuesdays to provide warm bagels for hungry Jewish students.

“I started coming about a year ago, as the free food piqued my interest,” said Arik Sokolowski, a computer science major. “Since ASU has three different synagogues, and I spend most of my time at the Orthodox one, the Shmear Society provides me with a great opportunity for social interaction with those I don’t see on a regular basis. It helps me learn about what’s going on in the Jewish community that’s not in my field of view.”

Dozens of Jewish Sun Devils gather for the classic meal when it arrives at their locations because they love the relaxed atmosphere.

“I come because I like getting to talk to so many people from different majors and backgrounds,” said ASU engineering major Alyssa Ann Goldstein. “Plus, it’s always nice to have the free lunch since it’s college. It’s a great way to get involved without getting too immersed into Judaism for those like me who aren’t super religious.”

The Shmear Society sprang from an earlier program, Bagel Thursdays, that was not very successful. However, that changed a year ago when Hillel hired New York University graduate Madeline Dolgin to be its “innovation specialist.” The name change alone instantly drummed up more buzz about the club, and attendance and the number of gatherings have increased since. Moving the event to earlier in the week also proved to be a big boost.

“I instinctually decided to make it on Mondays, because I think Mondays as the start of the week are a particularly hard day to get through, and I wanted this to be a treat for the students,” Dolgin said.

“It always brings warm feelings to know you are helping someone connect deeper to their Jewish religion,” said Brian Becker, Chompie’s Tempe location manager. “We are happy to participate in this and be a part of it … what a mitzvah!”

Dolgin is currently working with a student on ASU’s Polytechnic Campus in Mesa to host a special Shmear Society gathering on Sept. 14. That may become a more frequent event, depending on the turnout.

The society’s success can be attributed to Dolgin’s positive attitude, implementation of a dependable schedule and shrewd marketing strategies that have sustained returning members and added new ones. Dolgin said between 20 and 30 students attend the weekly gatherings on the Tempe campus alone.

“During this club, students sometimes talk with me one on one or with the group about challenges they’re going through, like nervousness about interviews or their classes,” Dolgin said. “It’s a good time for us to all get off what’s on our mind and enjoy each other’s company. I’ve even seen friendships form at this club that then become roommates or Birthright participants together.”

The Shmear Society also serves as a bridge to other Jewish events, such as Shabbat services, dinners and Jewish learning sessions, as Dolgin provides the students with information about upcoming events at Hillel.

Plus, the Shmear Society travels well.

While in Israel this year for a summer learning session, Dolgin realized that a few Jewish students from ASU happened to be in Israel at the same time. So she decided to host a Shmear Society gathering in Jerusalem.

“It was very refreshing to join the Shmear Society in Israel because I was there to study at yeshiva,” Sokolowski said. “It was a few of us from different yeshivas and different programs who all coalesced to have bagels together in the Old City. That was one of my memorable experiences in Israel.”

Despite the program’s growth, Dolgin still worries that she hasn’t done enough to market it. When she expresses her concern about attendance for an upcoming Shmear Society meeting, Dolgin’s friend, ASU student Levi Rubin, has a reassuring response: “Free bagels are all the marketing you need.” JN

Graham Paul is a freelance writer based out of Gilbert.