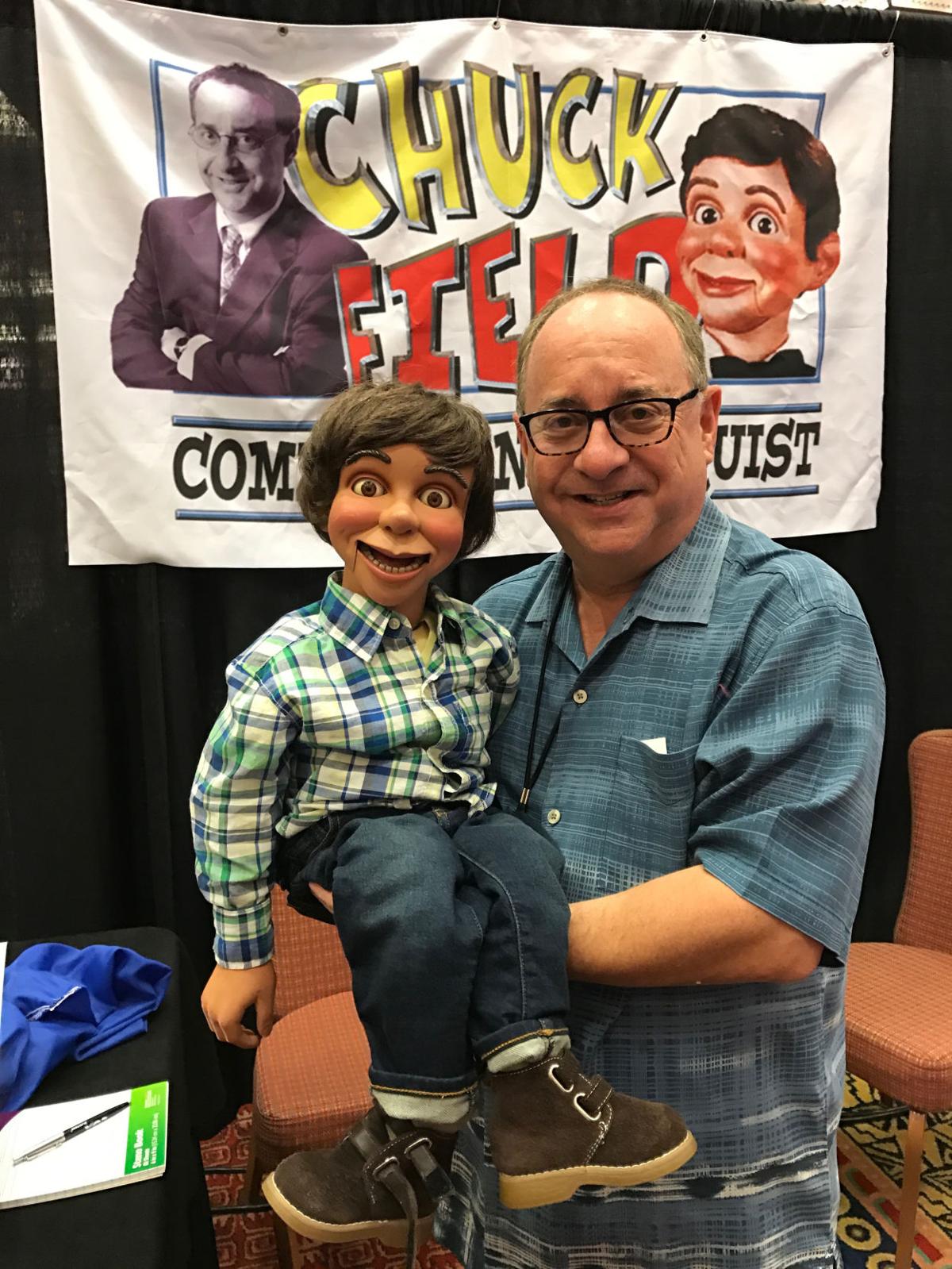 Ventriloquist Chuck Field and his dummy, Ziggy, prove that old acts can still be popular. 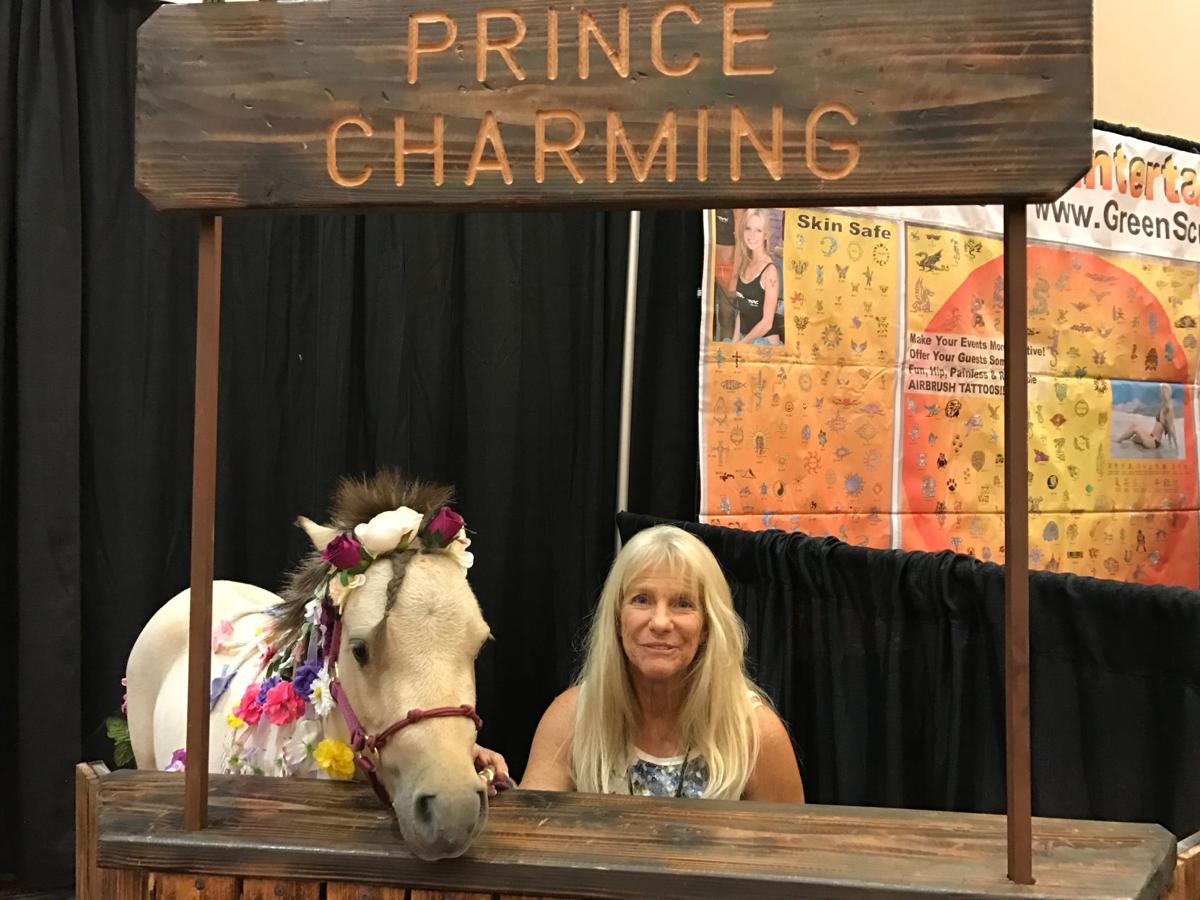 Prince Charming and owner Cynthia Aronson staff the expo booth. The mini horse is a favorite at children’s events, though adults like him, too. 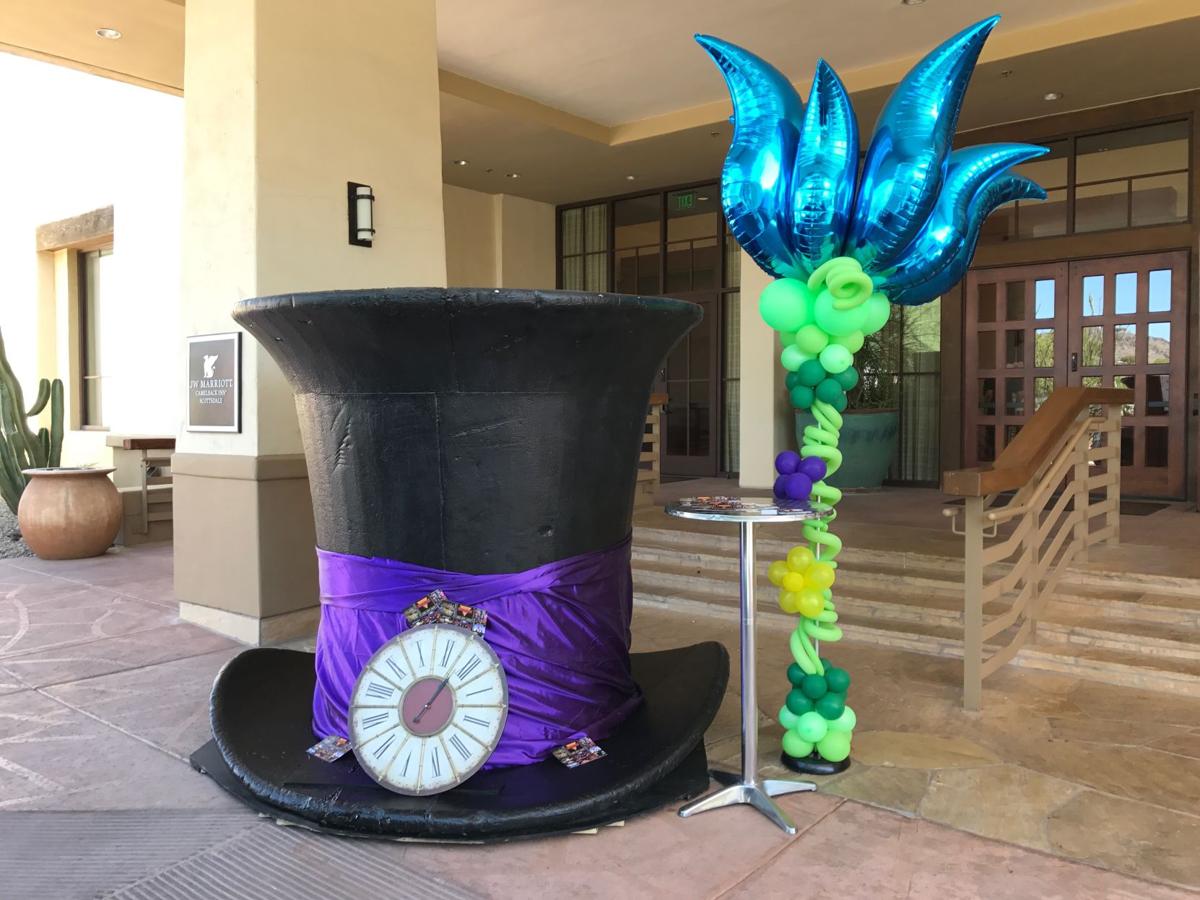 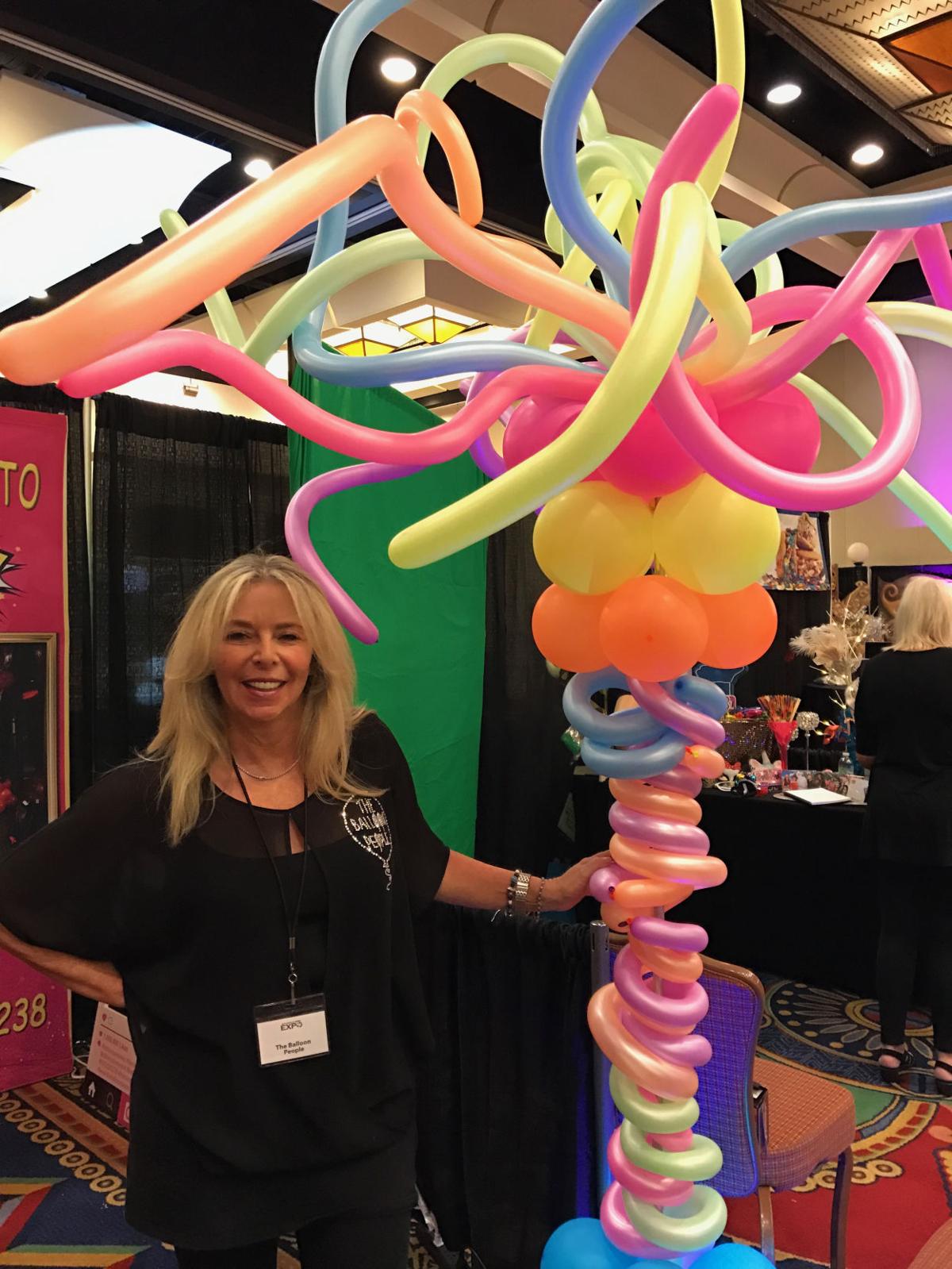 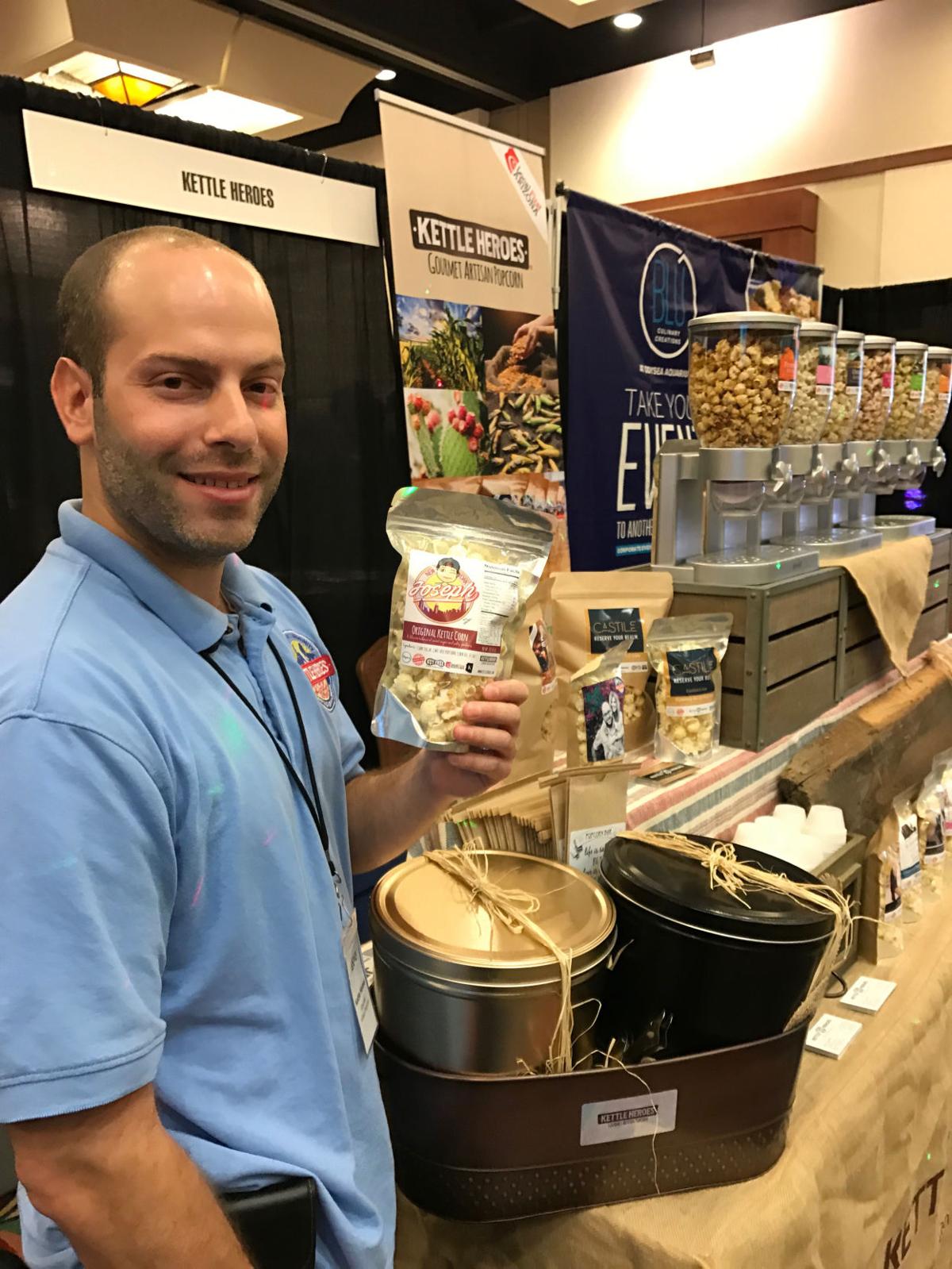 Ventriloquist Chuck Field and his dummy, Ziggy, prove that old acts can still be popular.

Prince Charming and owner Cynthia Aronson staff the expo booth. The mini horse is a favorite at children’s events, though adults like him, too.

Prince Charming’s recent appearance at a “bark mitzvah” was a real dog-and-pony show. You see, Prince Charming is a miniature horse.

“Welcome to my world,” said Prince Charming’s owner and trainer, Cynthia Aronson, as she and her equine friend staffed their booth at the sixth annual Mitzvahs and More Expo Sunday at the JW Marriott Scottsdale Camelback Inn Resort & Spa in Scottsdale.

A miniature horse available for parties and events for adults and kids, Prince Charming stands 30 inches tall and weighs approximately 160 pounds. Too small to ride, Prince Charming has a kissing and hugging booth.

“He wears a lot of different hats, as you can see,” Aronson said as she motioned to a board covered with photos of the miniature horse dressed in various costumes. “One of his favorite things is being a unicorn. We have horns for everybody at the party. He’s got one and I’ve got one. We can do anything. It’s a party. He’s even got a kippah.”

Organized by Tina Celle and Melissa Mulera of Studio No. 5, the Mitzvahs and More Expo brings together entertainers, caterers, DJs, party planners and more to share with the general public the latest trends in weddings, bar and bat mitzvahs and any other celebrations in the planning stages.

Getting nuzzled by Prince Charming was just one of the interesting offerings found at the expo. Here are a few more that caught our eye.

Field began practicing ventriloquism as a 10-year-old kid in Chicago. His mother found a class offered by a local JCC. The class fee included a dummy, Field’s first, which he named Henry and still possesses. Field’s current main character is Ziggy, though he has a range of others, including one called Dr. Sol Finkelstein.

“I have a dummy for the Jewish crowd,” Field said. “He kind of looks like everybody’s relative. He’s been 82 for the last 20 years. The ventriloquist ages but the dummy stays the same.”

Field works a variety of events, including many for Jewish communities across the U.S. He recalled the time his dummy outsmarted a state trooper when Field was driving to a show in Indiana.

“I got pulled over by a policeman and he says, ‘You’re going 10 miles over the speed limit. What’s your big hurry?’ I said, ‘I’m on my way to do a couple of shows. I’m a ventriloquist,’ and his eyes lit up. ‘Hey, you got a dummy?’ The next thing I know, I’m standing there with a state trooper with the dummy,” Field said. “I got off the ticket with no problem.”

Field points to ventriloquist Darci Lynne Farmer’s recent victory in the show “America’s Got Talent” as an example of a new generation keeping the art alive.

“Balloons are very in vogue for weddings right now,” explained Francine Kades, a certified balloon artist for The Balloon People. “They’re like the hottest thing — balloon walls and the whole organic look.”

Kades should know; she has worked in balloon decor around the Valley for roughly 24 years. She builds balloon-art structures such as walls, arches and columns, and is particularly excited about integrating LED lights and neon. The largest single structure she built was about 15 feet tall and 10 feet wide.

Her most complicated job was for a company’s national sales meeting. That involved dropping a number of balloons, one containing a Rolex watch, from the ceiling over specific individuals in the crowd at certain times.

There are other challenges, too. “A lot of places, like the convention center, don’t like helium because it goes up into the rafters,” Kades said. “If they’ve got motion detectors, it creates a problem, and the price of helium went very high because of a worldwide shortage, so we adapted the whole balloon industry to structures.”

While being hoisted during the Hora is as high as most kids will get at their bar and bat mitzvahs, iFLY, an indoor skydiving facility in Scottsdale, offers kids the chance to really fly.

“No matter how hard you try jumping out of a plane, you can’t go up, so you’re really diving from a plane,” iFLY Sales Coordinator Colin Apperson said. “With iFLY, you’re really flying, because you control your altitude with your body. Essentially, you’re a plane.”

Entering a 14-foot diameter vertical tube, participants don flight suits, goggles and helmets, then use their bodies to control their movements on a jet of air that lifts them.

The recirculating air tunnel is powered by four 350-horsepower engines, which can push air up to 180 mph.

Kettle Heroes produces artisan popcorn and kettle corn, donating a percentage of its profits to charity. It is the only kosher popcorn company in Arizona, with Rabbi Mendy Deitsch of the Chabad of the East Valley supervising their hechsher.

Another option is a popcorn bar featuring all 12 of the company’s flavors, or a smaller popcorn party kit featuring two flavors.

Kettle Heroes was founded by Sinykin and his brother, Aaron, in 2013, and originally operated as a food cart.