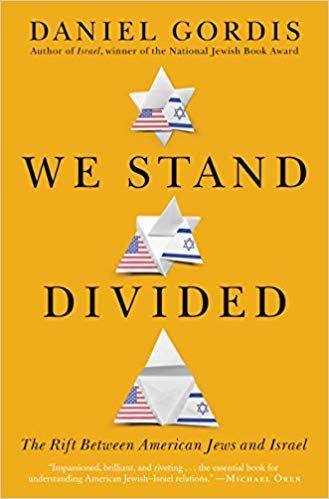 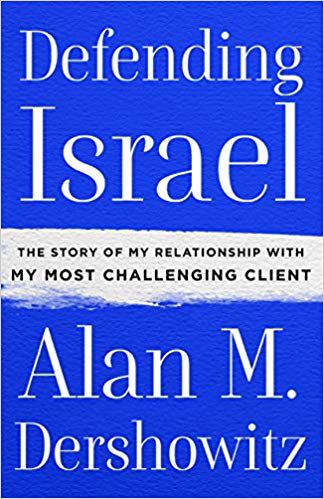 “Defending Israel: The Story of My Relationship with My Most Challenging Client”

“We Stand Divided: The Rift Between American Jews and Israel”

The extent to which you can stomach Alan Dershowitz’s memoir, “Defending Israel: The Story of My Relationship with My Most Challenging Client,” depends firstly on how you measure his long association with late financier and accused sex trafficker Jeffrey Epstein. Surely, Epstein, along with Israel, would be in contention for Most Challenging Client.

Dershowitz represented Epstein during his 2007 trial, and once said of the now-dead pedophile that he was the only person outside of his immediate family that received drafts of his books. He has been accused of having sex with one of Epstein’s sex slaves when she was a teenager. He denies the accusation.

If you’re able to overlook this and just focus on the text, you’re still likely to be disappointed if you’ve, say, read any defense of Israel in the last 15 years. It is the most boilerplate of the boilerplate — the type of book that’s meant to be read and then completely forgotten, so that maybe you’ll buy the next one.

There’s also the self-mythologizing. Dershowitz’s titanic self-regard is well-known by this point, and this book seems a product of that. Close to 300 pages dedicated to recapping debates, op-eds and cable news hits, a torrent of self-serving anecdotes, a selection of photos of Dershowitz with American and Israeli political leaders and the recapitulation of zinger after perfectly remembered zinger. Somewhere in the middle of a list of 57 different institutions of higher learning that Dershowitz has been invited to speak at, you are allowed to admit: This is tiresome.

And even if every argument Dershowitz advances happens to be one that you agree with, you’d be hard-pressed to find something original. The difference between this book and his past Israel defenses — “The Case for Israel,” “The Case Against Israeli’s Enemies,” “The Case Against BDS,” etc. — is how much Rep. Ilhan Omar is mentioned.

Daniel Gordis, meanwhile, has done something more substantive in his latest work. “We Stand Divided: The Rift Between American Jews and Israel” describes the growing divisions between American and Israeli Jews, how those divisions began to form and then mutate, and what might be done to reunite the two largest Jewish populations in the world.

In his introduction, Gordis presents recent comments by two longtime Israeli diplomats as being broadly representative of these two sides. An Israeli diplomat named Alon Pinkas represents American Jews. Pinkas, once a policy advisor to Ehud Barak, locates the source of the division as being the religious leadership of Israel’s “dismissive attitude towards non-Orthodox Judaism,” as Gordis understates it. There’s also Israel’s “policies and actions” to blame, especially those undertaken during the Netanyahu years.

Representing Israel is Tzipi Hotovely, Israel’s deputy foreign minister, who chastised American Jews for their audacity to criticize from the comfort of their lives, thousands of miles from the rockets of Gaza.

Gordis claims that he wishes to challenge the conventional wisdom that American and Israeli Jews, making up 85% of world Jewry, are critical of each other because of what the other “does.” Rather, he writes, he wants to illustrate that the founding documents and ideas of America and Israel are actually far more divergent than most people realize, and that the true source of the conflict is what each country “is.”

American Jews might think they’re criticizing the proposed annexation of the West Bank or the treatment of the Women of the Wall, and Israeli Jews might really believe that what upsets them about American Jews is their insistence that they know what is best for Israeli foreign policy. But these problems, Gordis proposes, are the simple clash of those raised on universalist themes (American Jews) and those who were raised in a particularist context (Israeli Jews). He returns frequently to a marriage metaphor, wherein spats over an unmade bed or unwashed dishes are often indicative of deeper differences.

Gordis uses the bulk of the book to give a miniature history of the relationship between the Diaspora and Israel and to show why there are certain conflicts that actually cannot be resolved between the Jews of Ashkelon and the Jews of Abington. He cites sources both biblical and contemporary to back up his claims, to convincing effect. He locates the events at Sabra and Shatila as perhaps the key turning point of the relationship. These sections, expanded, could absolutely make a compelling history on its own.

In his conclusions, Gordis writes that American Jews must temper their criticism of Israeli policy; in return, Israeli Jews must cease their denigration of Diaspora life. A lot of his conclusions mostly come down to that formulation, i.e., asking that we all continue to feel free to make the same critiques of each other, with the hardest edges sanded down in an effort to recognize our mutual validity. It’s not a particularly energizing set of solutions, but it could be the best one we’ve got. (It’s also advice he might find useful the next time he writes about IfNotNow, which receives special scorn in this book.)

Gordis’ main argument about these irreconcilable conflicts stands up to scrutiny, though it is one that does seem to elide the question of resolving the symptoms themselves. And it is inconceivable that one could write about these divisions without mentioning one of the great points of divergence in recent memory: that Israeli Jews, contra the majority of American Jews, have a deep affection for Trump. Regardless, this latest effort is more than worthy of discussion. JN

Jesse Bernstein is a staff writer for the Jewish Exponent, a Jewish News-affiliated publication.