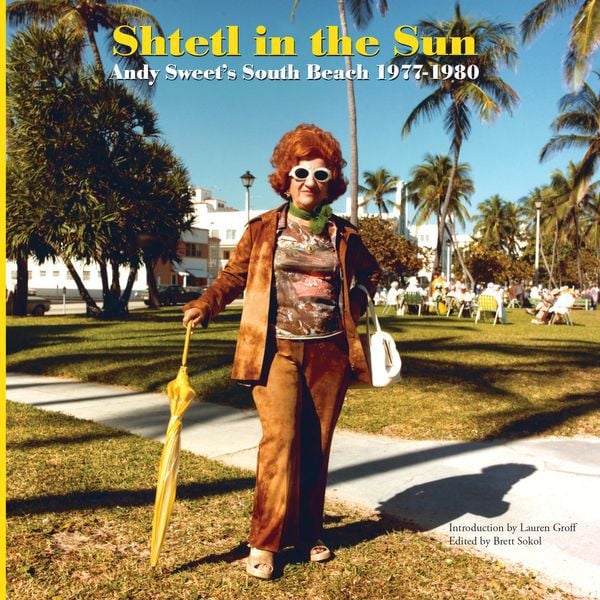 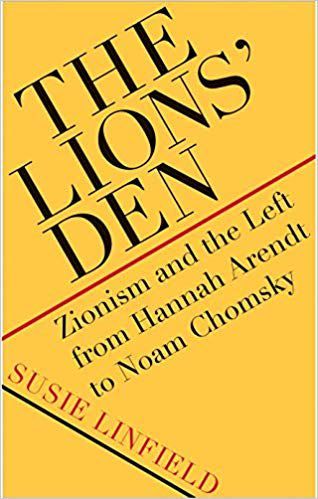 Jerusalem By the Beach

Flipping through the gorgeous color photographs of “Shtetl in the Sun: Andy Sweet’s South Beach, 1977-1980,” one gets the sensation of looking through a distant cousin’s family photo album.

There’s a hint of familiarity — is that Uncle Steve, back when he had hair? — but it is clear that this is a collection of something beyond the reaches of your memory. Strain to remember, and it becomes like a dream: The application of effort only hastens its demise. What was this?

Or perhaps the question is, as novelist Lauren Groff asks in the introduction, what is this? Groff relays a conversation she had with Sweet’s closest friend and fellow photographer, Gary Monroe, who insists that a photo is a fixed object, an “anti-narrative” by dint of its immobility — outside of time. Groff, perhaps simply illustrating the difference in artistic philosophy between writers and photographers, disagrees.

“Because even when we look at works of art made by anonymous creators, we humans  — creatures of narrative — will infer stories simply by the act of regarding,” Groff writes.

I agree. These photos are laden with stories, ongoing.

More than 20,000 elderly Jews made up nearly half of South Beach’s population in the years between the glittering Miami of the ’60s and the “Miami Vice” ’80s, the writer Brett Sokol notes in the foreword. These “New York transplants and Holocaust survivors still had plenty of living, laughing and loving to do,” according to Sokol; if you find that sentiment a bit too sweet to chew, you’d be forgiven.

But then you get to Sweet’s photos themselves — dug up after years wasting away in a storage unit — and you see what Sokol is talking about.

It’s yet another iteration of the Diaspora story, with Jews plonked down in another locale, borrowing from and loaning themselves to their new lands. In the photos of the most visibly Jewish — one of a graybeard with tzitzit and a black hat swinging from a palm tree branch near the beach comes to mind — this COPY-PASTE feeling is most prevalent.

There’s humor to many of these photos. I promise you won’t get in trouble for snickering at a serious minyan of men in Panama hats and fedoras, or of a posed shot of some Bar Mitzvah-aged boys wearing three-piece suits in colors that have long since been banished from this world.

But you have to promise to see the joy and the optimism that things would continue, which you can see in a confused-looking older woman with her glasses askew, a Happy New Year’s tiara and a half-drunk cup of something in her right hand. It’s there at the 1978 Yiddish Cultural Festival of the Jewish Community Center of South Florida. It’s even there in the ugliness, young men marching in a JDL parade bearing signs and slogans (“THERE IS NO PALESTINE,” one reads). Beautiful, ugly, totally mundane: These people believed that this fragile thing would continue to perpetuate itself.

And perhaps that brings us back to the disagreement between Groff and Monroe. In a sense, these photos are of an era that’s long receded, snapshots of a single moment of optimism. But to Groff’s point, these scenes of awkward teenager-hood and kibitzing grandmothers are miniature stories in themselves, ones that you know. They could’ve been taken yesterday.

The Lions’ Den: Zionism and the Left from Hannah Arendt to Noam Chomsky

It wasn’t always like this. There was a time when Zionism was as much a project of the Jewish left as it was of its right-wing partners, perhaps even more so.

David Ben-Gurion and most of the founders of the state were committed socialists, and the parties of the left, like Labor and its predecessor, Mapai, held the office of the prime minister from 1948 to 1977, to say nothing of their dominance in the Knesset. Support for Israeli self-determination was never popular with the anti-nationalist left abroad, but among the left more broadly speaking, Zionism was a serious intellectual project to consider for many thinkers, one you could even support. Golda Meir was once deputy chairwoman of the Socialist International organization, for God’s sake.

Today, it is obviously a much different story. It’d be difficult to imagine a future in which Zionism was considered by the left as anything but the ideological justification for the occupation of the West Bank at best, or a pretext for apartheid at worst. How did this happen? Who and what is to blame?

Susie Linfield, a professor of cultural journalism at New York University and a Zionist, tries and mostly succeeds in her quest to answer this question in “The Lion’s Den: Zionism and the Left from Hannah Arendt to Noam Chomsky,” released in March. Linfield wants to know: “How did Zionist … become the dirtiest word to the international left?” But on the other side, how did Israel “come to deny the national rights of a neighboring people and to violently suppress them?”

Linfield provides eight capsule biographies of prominent left-wing thinkers of the 20th century, seven Jews and one Irishman: Hannah Arendt, Arthur Koestler, Maxime Rodinson, Isaac Deutscher, Albert Memmi, Noam Chomsky, I.F. Stone and Fred Halliday. Each grappled intensely with the question of Zionism, and each evolved significantly over time. It is through their grappling that Linfield seeks to understand what happened.

Those who come out looking good are those who are able to maintain an internal consistency, even if they don’t necessarily support Zionism for the entirety of their intellectual lives.

Interestingly enough, it’s Halliday, the lone non-Jew, who walked into the titular lion’s den by holding the position guaranteed to annoy the most people: that blind support for Palestinian nationalist violence in the name of anti-colonialism is short-sighted, delusional and plainly at odds with leftist thought, and that the actions of the Israeli government toward the Palestinian people were plainly racist, brutal and constituted the “suicidal obstinacy of the Zionist movement.”

That is an extremely difficult line to walk (it’s more or less the position of left Zionists who actually live in Israel — call it Michael Sfard Zionism). But it is the one that Linfield clearly finds to be the most ideologically consistent and defensible.

On the flip side, there are those who Linfield deems to have contorted themselves into impossible positions to castigate Israel. In Chomsky, she writes, “the flight from reality reaches its apotheosis.” He is emblematic, she says, of the delusions needed to excoriate Israeli nationalism, nominally on the basis of opposition to the latter, while giving uncritical support to fundamentally reactionary nationalist movements in most other cases, which would seem to make the case that the opposition was in fact to the former.

Linfield more or less blames a culture of virtue signaling and fear of appearing unwoke for this sort of lazy criticism of Israel, which leaves a little to be desired in an academic text.

Ultimately, Linfield’s ideas for action aren’t too different from those advanced by Peter Beinart, who in 2012 advocated a boycott of settlement products while rejecting the boycott, divestment, sanctions (BDS) movement at large. Americans (American Jews, especially) who aren’t willing to simply wash their hands of the conflict, and instead want to manifest a vision of a productive leftist Zionism, Linfield says, have an obligation to support the dwindling Israeli left — organizations like B’Tselem, Peace Now, Breaking the Silence, etc.

“Why should we allow Jared Kushner and Sheldon Adelson to define the term ‘pro-Israel’?” she writes. Rather than boycotts, “thrillingly theatrical” as they may be, Linfield writes, the only true path to a lasting solution for the preservation of Israeli democracy is through engagement. JN

Jesse Bernstein is a staff writer for the Philadelphia Jewish Exponent, a JN-affiliated publication.