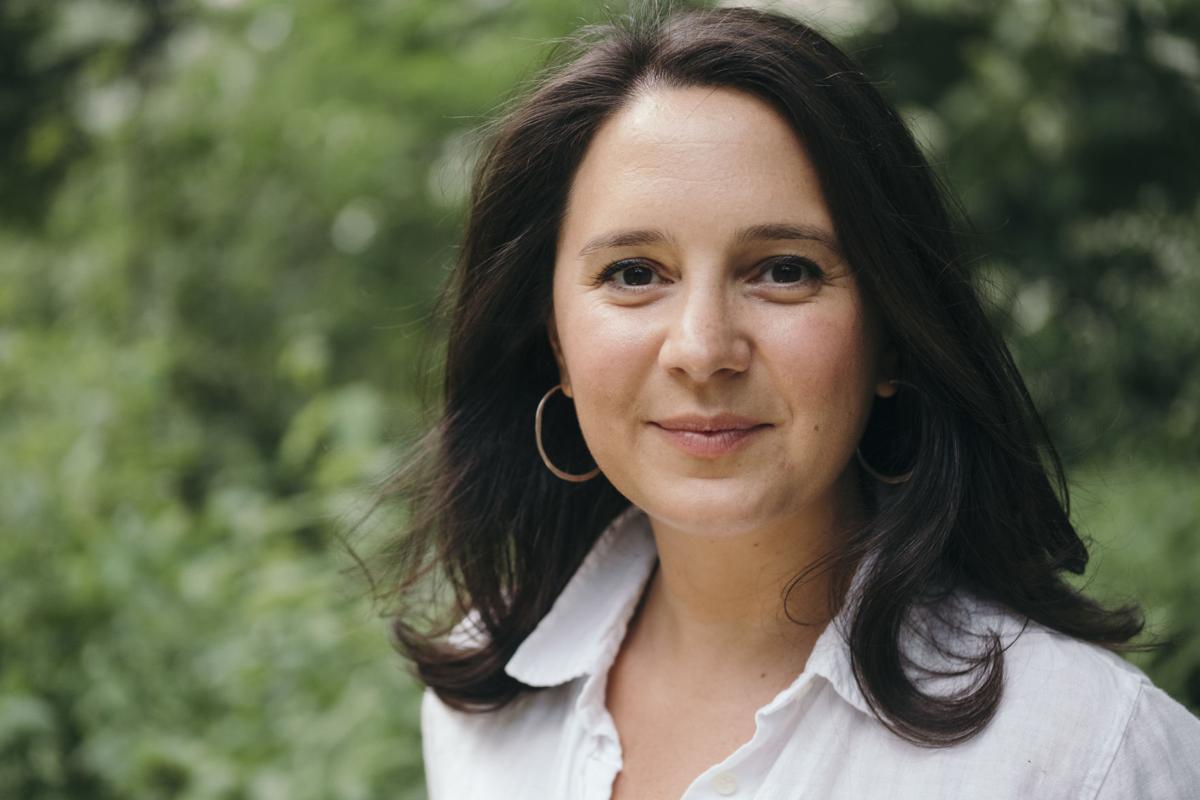 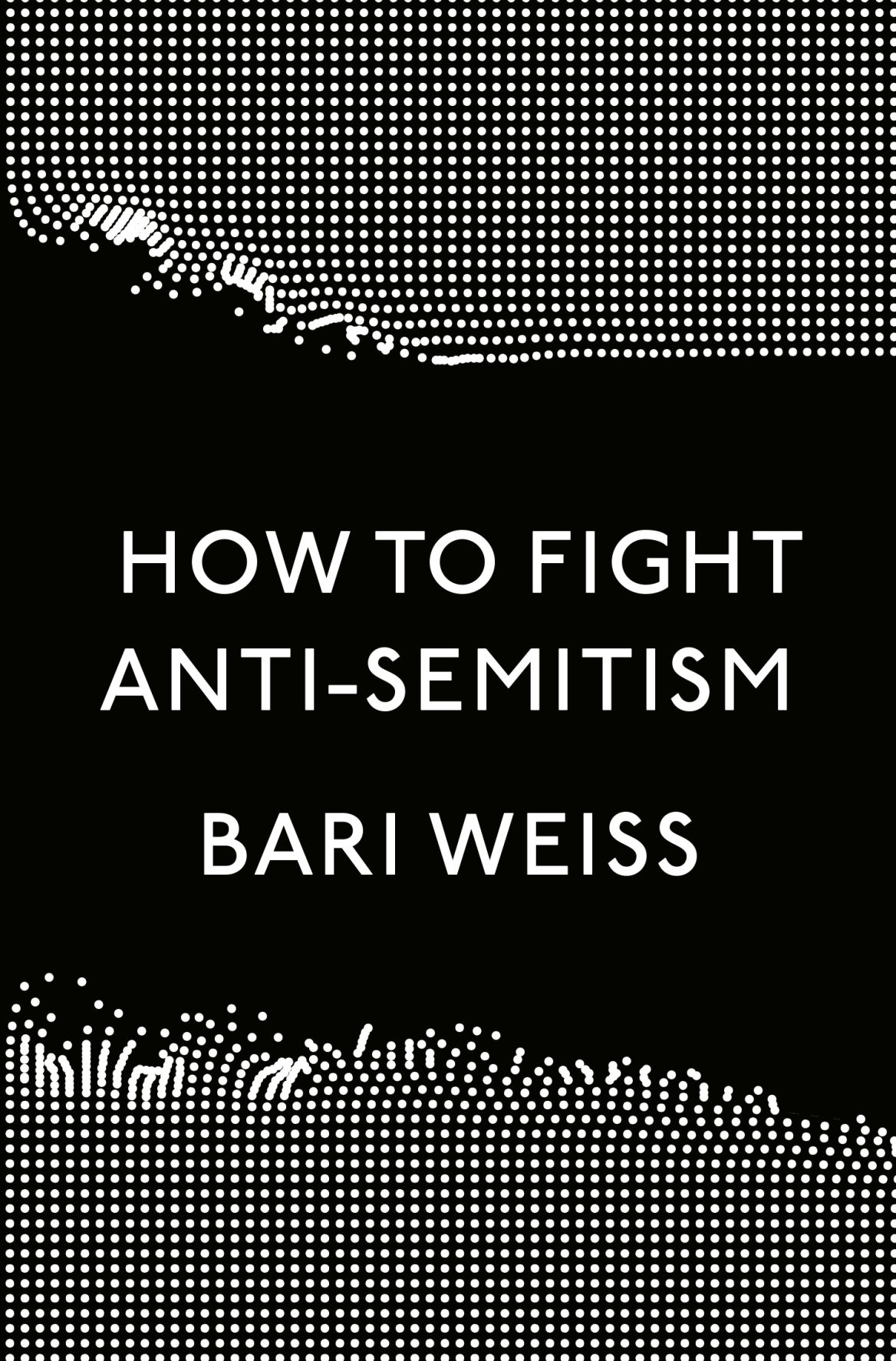 Bari Weiss, at 35, is a columnist at The New York Times and a veteran of the last decade-plus of American Jewish discourse.

As an undergrad at Columbia University, the Pittsburgh, Pennsylvania, native co-founded Columbians for Academic Freedom, which charged faculty with intimidating Zionist students; from there, she pronounced on Israel, the relationship between American Jews and liberalism and more from Tablet and The Wall Street Journal before she was hired by the Times.

Weiss’ new book, her first, is called “How to Fight Anti-Semitism,” and is available this week. Weiss taxonomizes the different strains of anti-Semitism at home and around the globe, and gives some suggestions on how it might be effectively countered. She spoke about Tree of Life, the Diaspora, the Amalek and more.

Why did you write this book?

I was supposed to write another book, and I’m on contract to write that book when I’m done promoting this one. But on the morning of Oct. 27, I was in Phoenix, Arizona, where I was supposed to give a speech the next day when I got a text in our family chat from my youngest sister saying, “There’s a shooter at Tree of Life.”

Tree of Life is the synagogue where I became a bat mitzvah in 1997, in Squirrel Hill, the neighborhood where I grew up. Mr. Rogers happened to grow up down the street,

And it’s a place where my dad sometimes goes on Shabbat morning. Thank God he wasn’t there, but 11 of our neighbors were, many of them he knew and some of them I did. I was supposed to go to Israel that week to go report on a story; I ended up flying home to Pittsburgh just to bear witness to what this white supremacist had done to my community, and sort of witness the reaction to it.

My Jewish identity is fundamental to who I am. It’s something I’ve always been very engaged with. But this sort of took it to a different level, and in the weeks and months following the massacre, I just found myself drawn back and back again to this topic, and it really felt like something I absolutely had to write about.

You make the case that the Pittsburgh shooting was an era-defining event for the Jewish community in America. The negative consequences of that are manifestly obvious. But you wrote in the Times this week that there are positives, too.

It’s not as if there weren’t attacks before — I outline them extensively in my book — but nothing was really at this level, and then when Poway happened six months later, it was just, like, wow, this is more than a one-off, this rising tide of hatred.

The positive thing that came out of it is that at first glance, what happened in Pittsburgh was another pogrom. The difference historically is that, typically, the surrounding community and the authorities abetted in the attack, or stood by and watched the attack happen.

The opposite happened in Pittsburgh. There was just an absolute outpouring of solidarity, and a real visceral sense from our neighbors that an attack on the Jewish community was an attack on them, too. And coming forward to defend us and stand by our side wasn’t, like, a favor. It was them standing up to defend their values and their right to live full and unashamed lives.

The day (after the attack), at Soldiers & Sailors, a big civic center in Pittsburgh, there was an interfaith service. And at that interfaith service — hundreds of people — the mourner’s Kaddish was recited in Hebrew. And the Pittsburgh Post-Gazette, which is our paper, printed the words of the Kaddish in Hebrew on the front page. When you think about that in the span of Jewish history, it’s just an absolutely remarkable thing that that happened. And that gives me a tremendous amount of hope that people really understand that rising anti-Semitism — the most obvious victims are the Jews. But the other victim, the one that we forget about, is everyone else.

Because in a society where anti-Semitism is sort of out in the open, it is the signifier that the society is dead or dying. And the desire to fight anti-Semitism comes from anyone that understands that fact about history, and a deep desire to make sure that America doesn’t succumb.

In the book, you put Robert Bowers, the Pittsburgh shooter and the Amalek on a continuum. What made you do that? I’m thinking about that especially in the context of what you describe as the genteel anti-Semitism of midcentury WASPs as not being of an eliminationist character, but more, “Well, I hope my daughter doesn’t marry a Jewish person.”

That’s kind of the distinction between what I think of as anti-Jewish prejudice and anti-Semitism, which is an eliminationist conspiracy theory. But obviously, like, people who say, “We don’t want Jews to join our country club,” “we don’t Jews to move next door,” “we’re going to deny this Jew partner in our law firm,” was totally a normal thing a generation or two ago.

Those things are all horrible, and they’re vile and they’re wrong. But they don’t suggest that Jews are the secret hand controlling the world. And that’s something that’s just much more essentially dangerous to us.

The reason that I want to connect Amalek and Robert Bowers, in the same way that I want to connect, I don’t know, the conversos of Spain in the 1400s to the conversion out of Judaism that people had to enact in the Soviet Union, is just to show that the things that we’re experiencing are not (just) now. I think that maybe we’ve been lulled into complacency a little bit. I feel like I’ve been on a holiday from history for most of my life as an American Jew. And I think it’s important for people to understand, as disorienting and scary as this moment can feel, that we’ve been here, many, many times before. That could maybe feel despairing, but to me it’s very comforting, actually, to know that this is part of the chain of our history, and there are lessons to be learned. JN

Jesse Bernstein is a staff writer for the Jewish Exponent, a JN-affiliated publication.