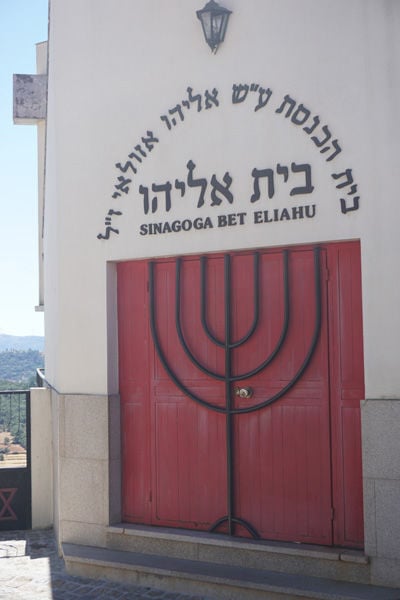 The Bet Eliahu synagogue was erected in Belmonte in 1996 and serves 120 Jewish families. 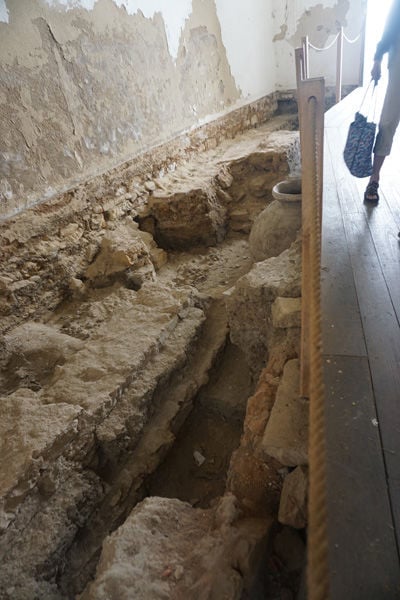 Excavations near the Tomar synagogue revealed the remnants of a mikvah. 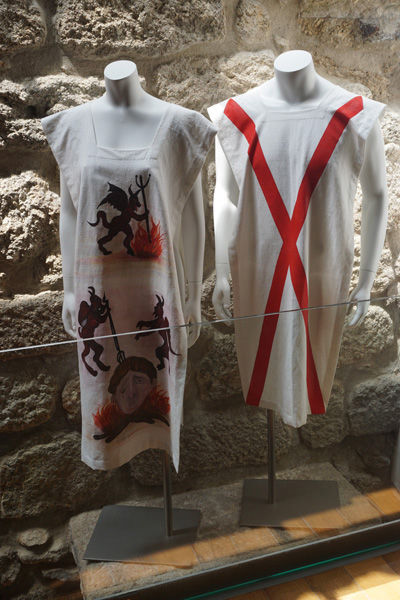 Replicas of the sanbenitos in Castelo Branco that persecuted Jews were forced to wear during the Inquisition. 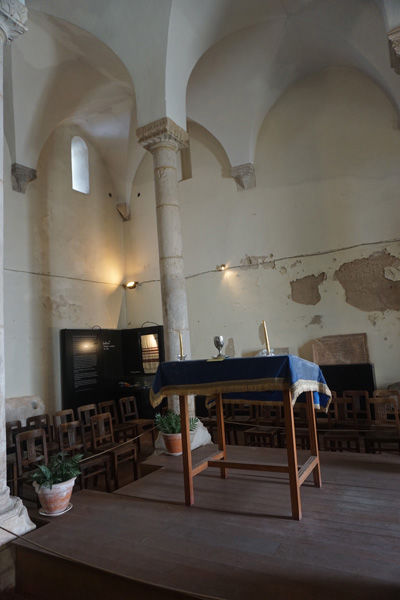 The vaulted Gothic ceiling of the synagogue in Tomar, the oldest in Portugal. It was declared a national monument in 1921.

The Bet Eliahu synagogue was erected in Belmonte in 1996 and serves 120 Jewish families.

Excavations near the Tomar synagogue revealed the remnants of a mikvah.

Replicas of the sanbenitos in Castelo Branco that persecuted Jews were forced to wear during the Inquisition.

The vaulted Gothic ceiling of the synagogue in Tomar, the oldest in Portugal. It was declared a national monument in 1921.

Were there still Jews in Portugal after the Inquisition in 1536 wiped them out? How did some survive? Where did they live? How did they keep their faith alive?

In my quest for details to add to my historical novels about Jewish identity, my husband and I took a Jewish tour of Portugal, where I attemped to answer such questions. The context for our travel was this: After the Spanish expulsion in 1492, many Jews migrated to Portugal, where they were given the mandate to convert or die.

Our exploration began at the museum Casa de Memória in the town of Castelo Branco in central Portugal. We saw the sanbenitos (sackcloth coats) that the accused and condemned Jews wore during the Inquisition. Although they were reproductions, I felt the humiliation of these proud people forced to wear the uniform of a heretic. The most shocking exhibit, however, was the wall of names of those who were persecuted in the town. It was not unlike a Holocaust memorial.

Trancoso, an ancient town within a walled city with a castle in ruins nearby, has a Jewish quarter. Many homes there featured a symbol: a cross standing on a three-pronged stand that resembles the inverted letter shin. It was a way to let other Jews know they were hidden but had not forgotten their roots.

Today, Trancoso has a Jewish culture and religious center with a synagogue inside. A memorial wall reveals Jews who were burned in the 18th century, three centuries after their relatives were forced to convert.

The oldest synagogue in Portugal is in Tomar, a medieval city of 20,000 founded in 1438. A small sanctuary houses the Jewish Museum of Abraham Zacuto, who served as the royal astronomer for King John II of Portugal after the 1492 expulsion. He was also a rabbi, mathematician and historian. Throughout the centuries, the building was used as a prison, a chapel and a grocery storeroom. Today, the square hall with four pillars supports the magnificent Gothic vaulting that allows visitors to see the respect that Jews had for their religion.

On July 29, 1921, the synagogue building was declared a national monument, though it had only been used by a Jewish community for 50 years after 1438. The Polish scholar Samuel Schwarz, known for discovering the hidden Jews of Belmonte, conducted the first excavations and restored the building. He donated the synagogue to Portugal in 1939 on the condition that it be turned into a museum. He also requested Portuguese citizenship for himself and his wife to protect them during World War II, since the country was neutral. Excavations in the building next door revealed the remnants of a mikvah, the ritual bath used for cleansing.

Founded in 1199, Belmonte (population: 7,500) is tucked into the mountains of northern Portugal. Its charming narrow streets and thriving downtown welcomed us to the Jewish Museum of Belmonte, which opened in 2005. Located in a former Catholic school, it is a way to promote tourism to the area by displaying personal objects owned by Crypto-Jewish families.

Over the centuries, the Jews of Belmonte survived and managed to continue practicing their faith. They hid in their homes on Friday night to light candles in clay jugs and on Saturday to observe the Sabbath. Women were the keepers of the faith, reciting prayers passed through grandmothers, mothers and daughters. Men were responsible for following the Jewish calendar and remembering the holidays, although they were celebrated a few days before or after the actual date to avoid suspicion. Everyone emerged on Sundays to attend Mass with their neighbors.

Even with the Inquisition officially over, the Jews kept their existence secret among descendants by preserving a blessing: “In the name of the God of Abraham, Isaac and Jacob I unite you; and may his benediction be upon you.”

Today, the synagogue in Belmonte, Bet Eliahu, erected in 1996, is a precious place to 120 Jewish families after 500 years of persecution. It represents tolerance, since the Catholics in the town all knew who was Jewish. It also shows the strength of character of residents who worshipped with tenacity for centuries. A French businessman, Solomon Azoulay, donated the funds to build the synagogue. Pedro, the caretaker, shared that his great-great-great-grandmother was in Belmonte, hiding during the latter years of the Inquisition. As a father of two boys, he is proud of his position in the community and displays his kippah with honor.

The Jews of Belmonte believed they were the last ones on earth. Still, they persisted and continued to observe their faith. Their journey through the centuries filled me with inspiration and respect for those who perished. JN