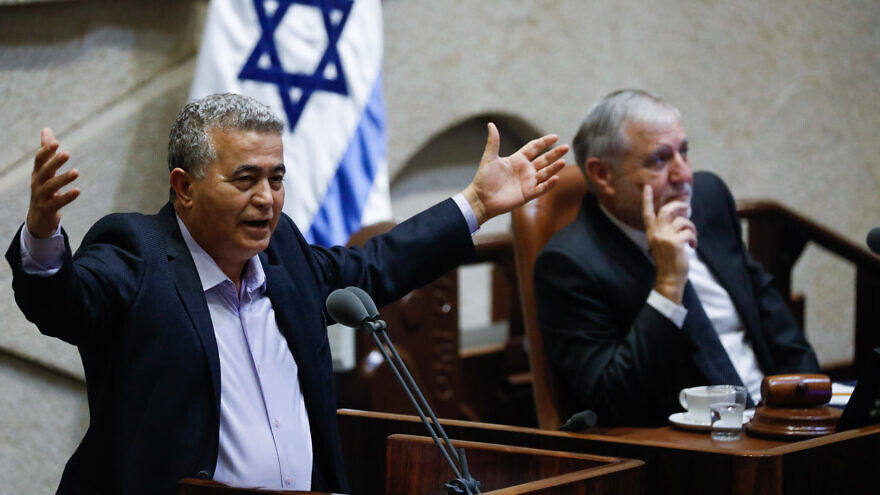 Labor-Gesher co-chairman Amir Peretz speaks during a vote on a bill to dissolve the Knesset in Jerusalem on Dec. 11, 2019. 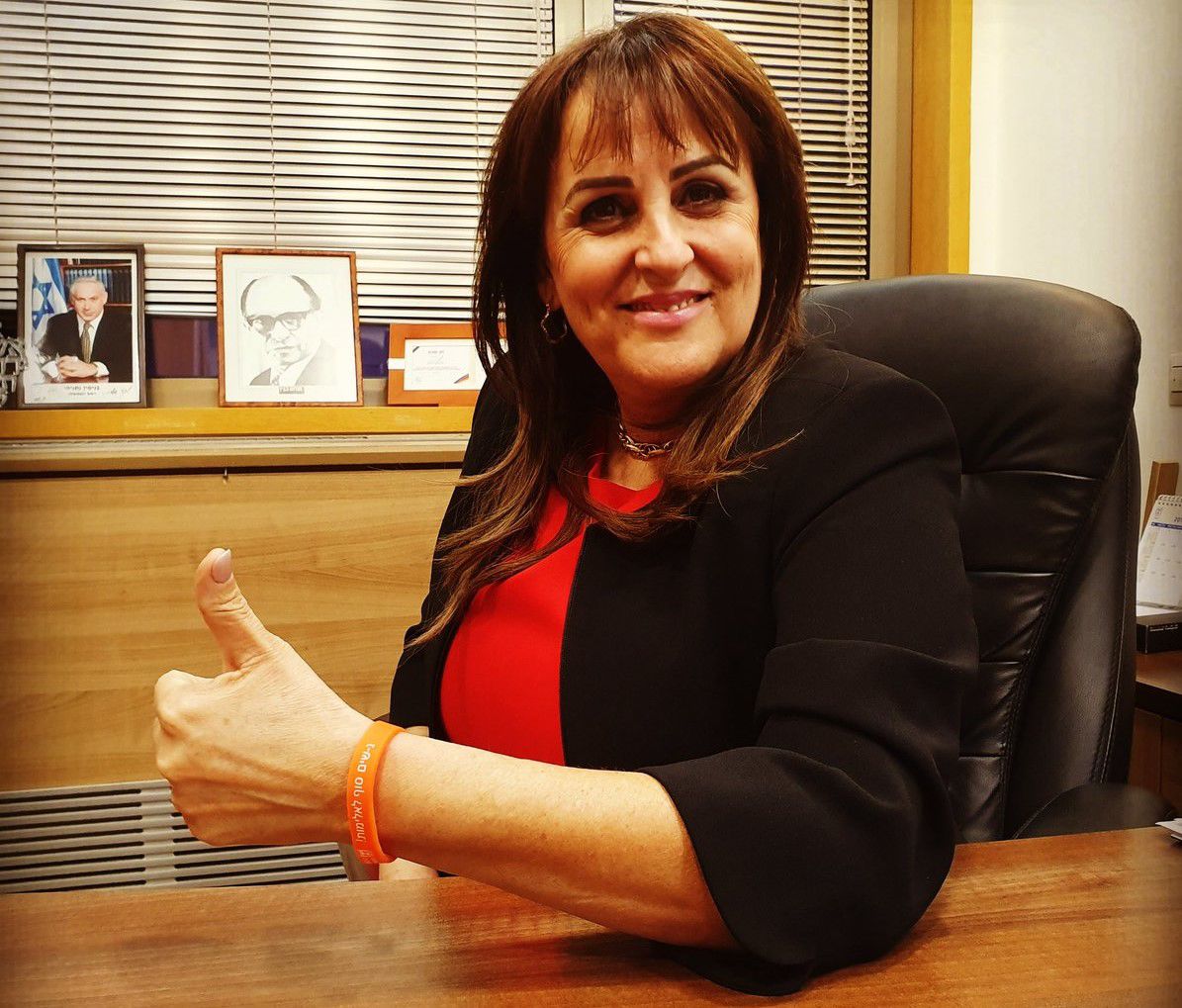 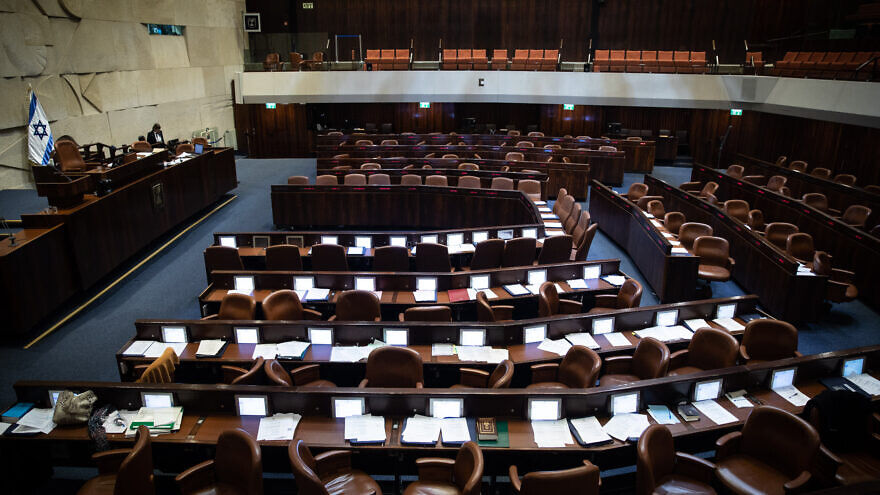 A general view of the Israeli Knesset in Jerusalem during a vote on a bill to dissolve the parliament on Dec. 11, 2019. 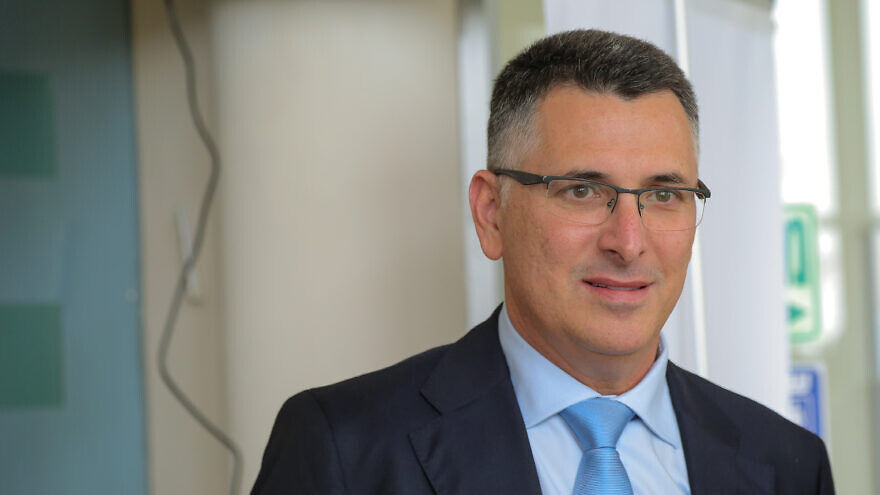 Labor-Gesher co-chairman Amir Peretz speaks during a vote on a bill to dissolve the Knesset in Jerusalem on Dec. 11, 2019.

A general view of the Israeli Knesset in Jerusalem during a vote on a bill to dissolve the parliament on Dec. 11, 2019.

After being unable to form a government following two inconclusive elections, Israelis will now need to head back to the polls on March 2 for a third round of voting within the past 12 months. Early polls indicate that another election may once again fail to create a conclusive result between Israel’s right-wing and religious bloc, and its left-wing challengers.

Leaders from political parties across the spectrum are casting blame at each other for failing to make compromises that could have led to either a centrist secular government or a narrow right-wing one.

Meanwhile, Israel remains in a transitional government led by Prime Minister Benjamin Netanyahu, who currently faces three separate indictments on charges that include bribery and breach of trust. By law, the transitional government is unable to pass simple budgetary measures or take any major diplomatic initiatives, leaving the country in a state of administrative limbo.

The government has been permitted to conduct regular and emergency security measures as required.

Adding to the dysfunction is a friendly U.S. administration that may be willing to allow Israel to take dramatic measures to strengthen its sovereignty over disputed territories in relation to the ongoing conflict with the Palestinian Authority. The current transitional government is unable to act upon American gestures that may not be available if a new president is elected in November 2020.

In a campaign video, Netanyahu, who heads the ruling Likud Party, released a video saying that “Blue and White did everything they could do to prevent the establishment of a wide unity government that could have enabled us to annex the Jordan Valley and establish sovereignty on settlements in Judea and Samaria.”

Meanwhile, Blue and White Knesset member Moshe Ya’alon told JNS that Netanyahu is to blame for the stalemate and the third election, as he “again chose his personal interests over what is best for the state and that is why Israel is being dragged to a third election.”

Ya’alon, a Likud Party defector and former defense minister, said Netanyahu “refused the offer made by Blue and White to form a national unity government with a rotation for prime minister in which Benny Gantz, the head of the largest party, would be prime minister first, and also insisted that any unity government would include religious parties that would ‘provide him with immunity.’”

‘An end to a period of polarization’

A poll this week by Israel’s Channel 13 revealed that 41% of Israelis blame Netanyahu for the electoral impasse, while 26% blamed Yisrael Beiteinu Party leader Avigdor Lieberman, who refused to support either Netanyahu or Gantz for the job. Twenty-three percent of the public said that “everyone is equally responsible,” while 5% blamed Gantz.

Polls show that if the political landscape remains unchanged from the inconclusive April and September elections — with the same parties, alignments and leaders — the results of a third election may be nearly identical.

Blue and White announced that it would cancel an agreement between Gantz’s Israel Resilience faction and Yair Lapid’s Yesh Atid Party, in which the two would rotate as premier should the combined party form a government. Lapid announced this week that Gantz would be party’s lone candidate for prime minister.

Stav Shaffir, a former Labor Knesset Member who recently joined the far-left Democratic Union, told JNS that she hopes Israel’s left-wing parties will merge together with Blue and White ahead of March 2.

While a merger together with left-wing parties may negate claims by Blue and White that it is a centrist party that does not differ in ideology from Likud on diplomatic and security issues, Shaffir said that currently, “the only thing which is preventing this from happening is ego and fear.”

‘We are going to win this election’

Meanwhile, popular Knesset member Gideon Sa’ar has announced that he will contest Netanyahu for Likud leadership in an upcoming primary within the next several weeks. Several Likud Party members loyal to Netanyahu are petitioning to call off the primary as Sa’ar’s popularity has grown in recent days.

Likud has been Israel’s ruling faction for 28 of the past 32 years. Since the party’s founding in the 1970s, it has had only four party chairmen and never removed a sitting prime minister as its chairman. JN