If you need to purchase a subscription.
Home
Community
Arts & Features
Families & Lifestyles
Opinion
Milestones
Religious Life
US & World News
Directory/Best of ...
1 of 7 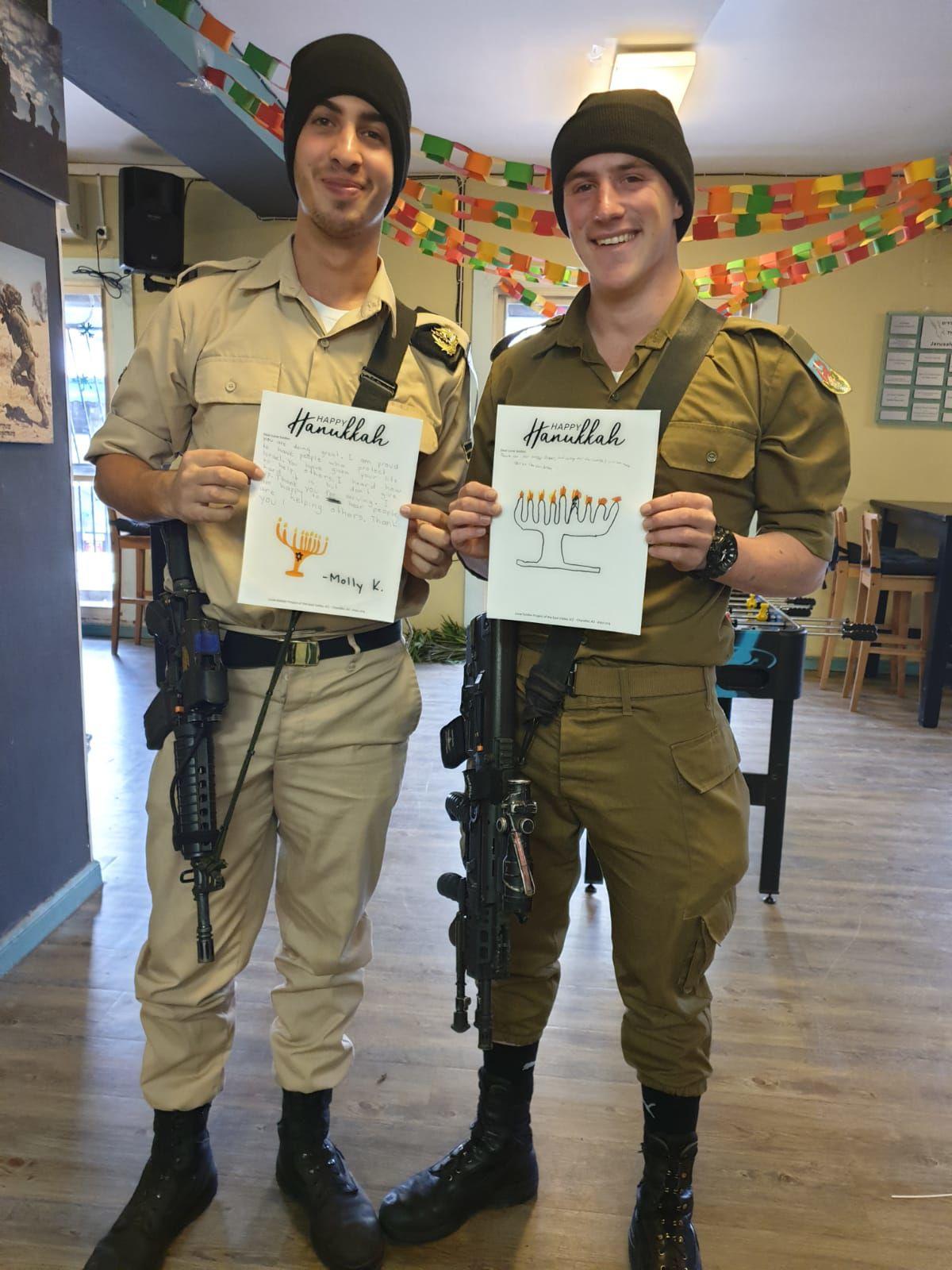 Two lone soldiers holding their letters and wearing their new knitted hats. The first package was last sent month to the Lone Soldier Center in Israel 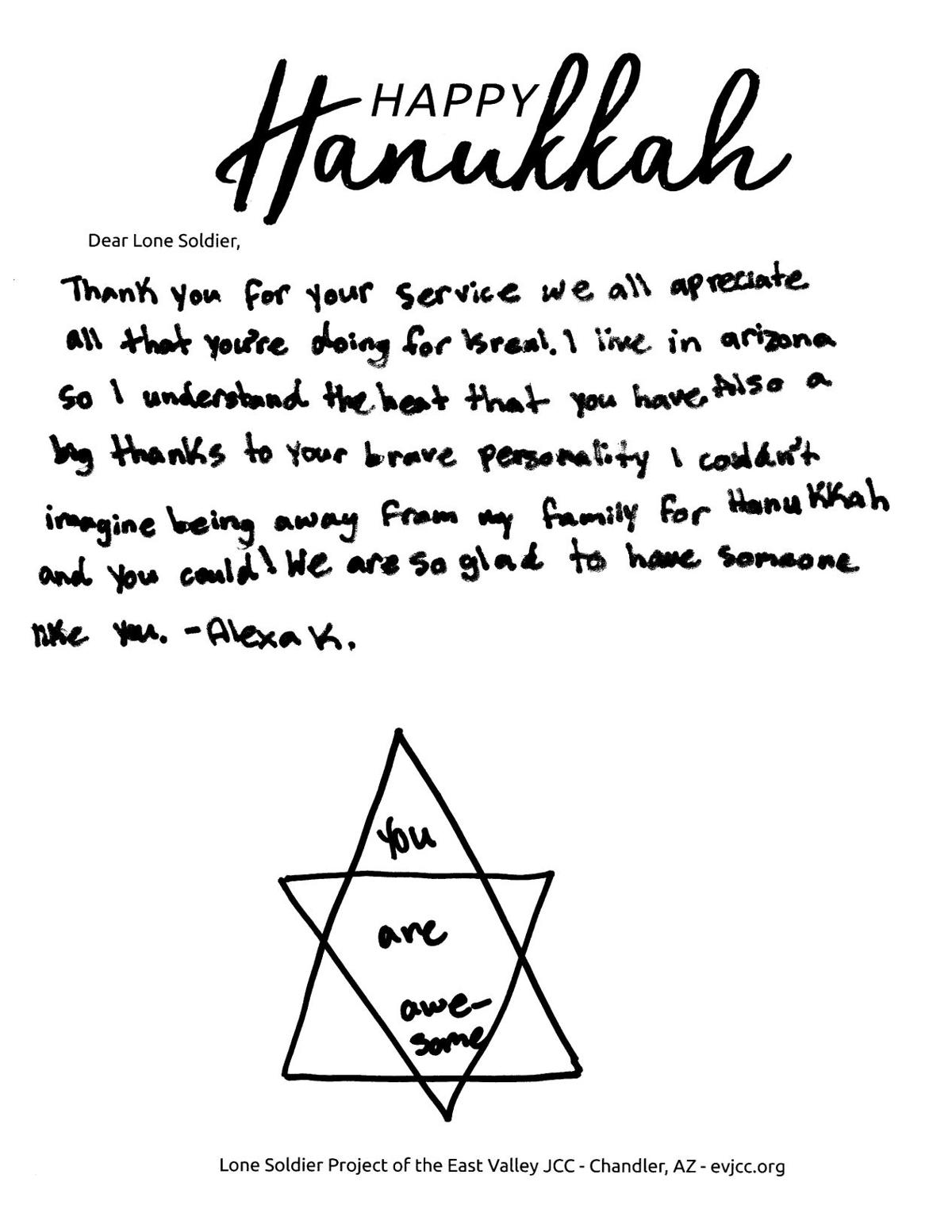 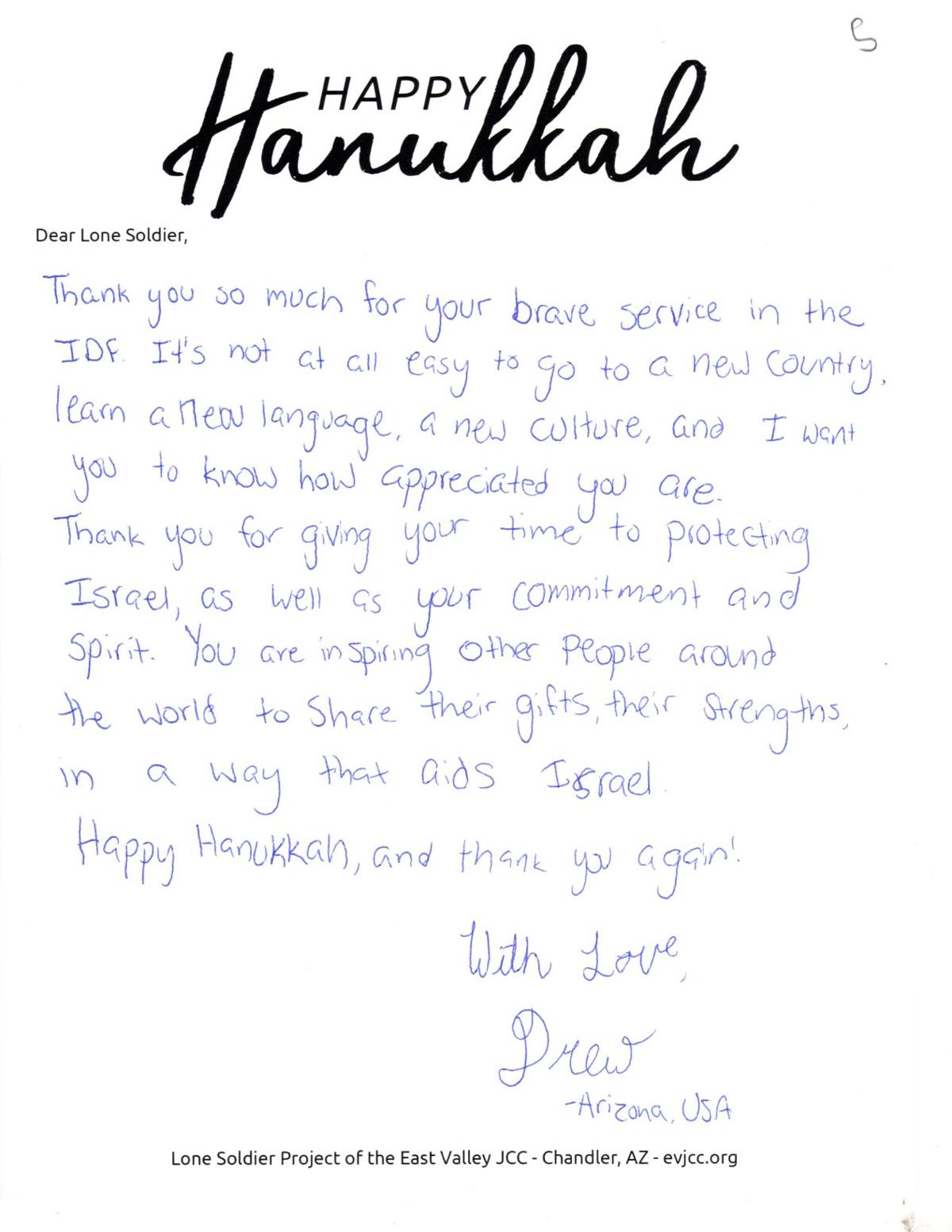 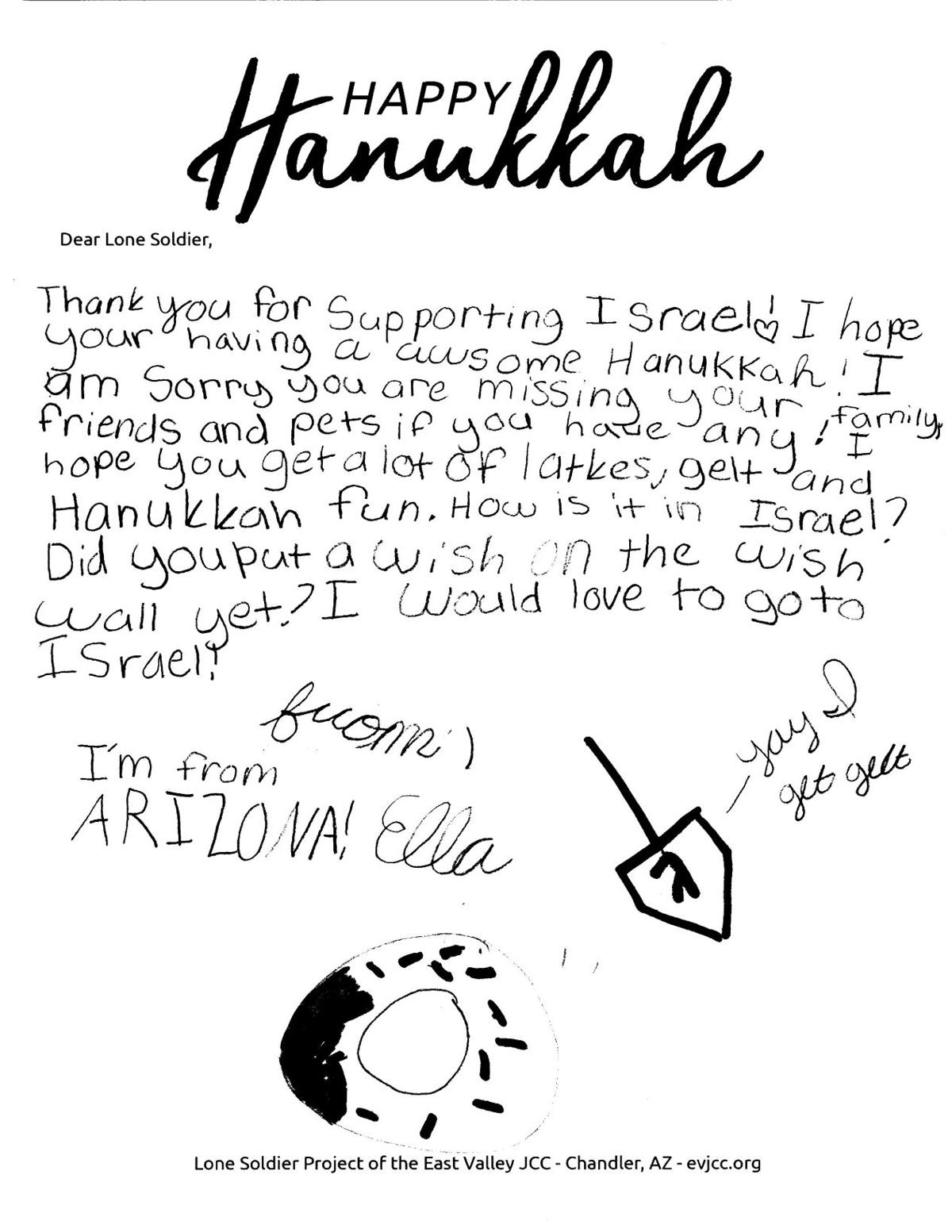 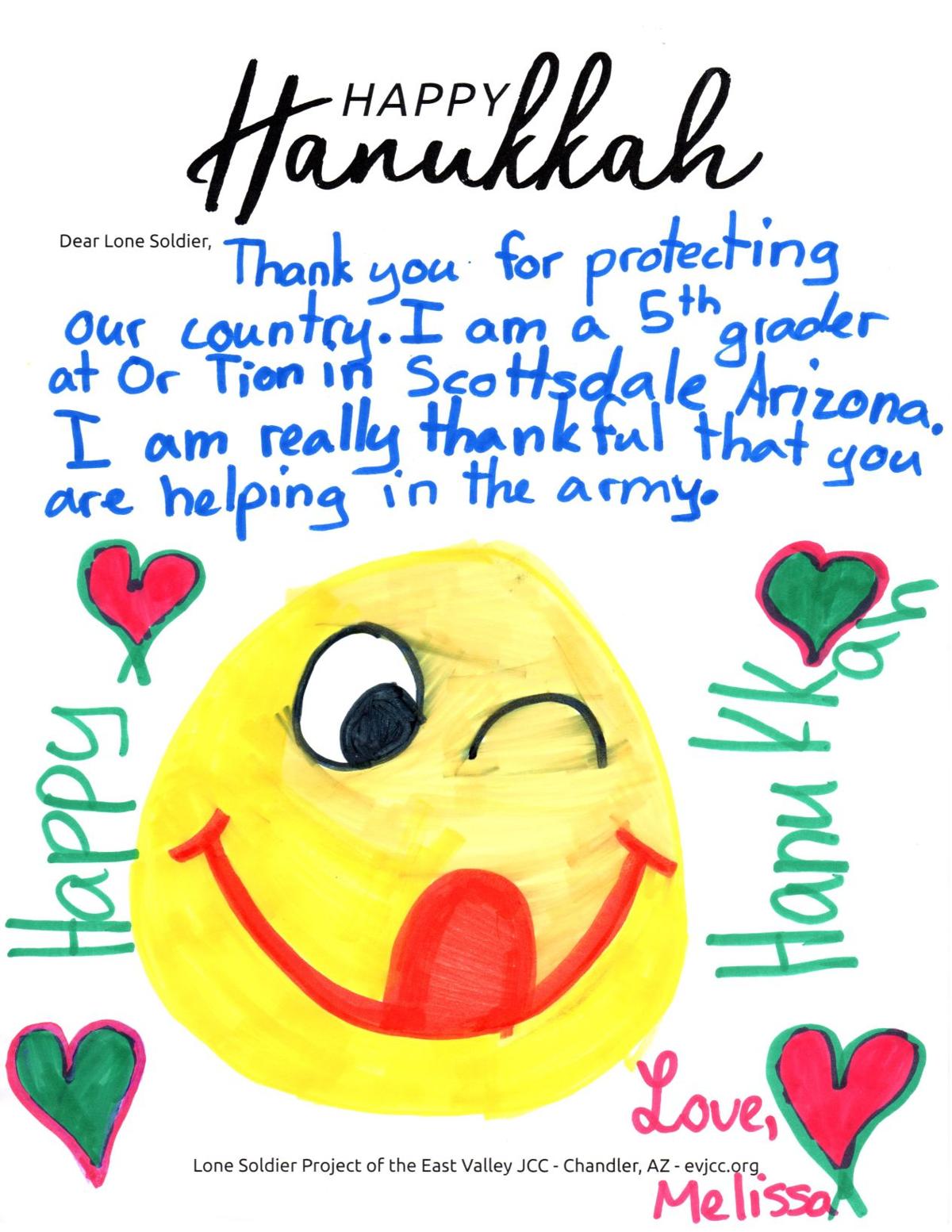 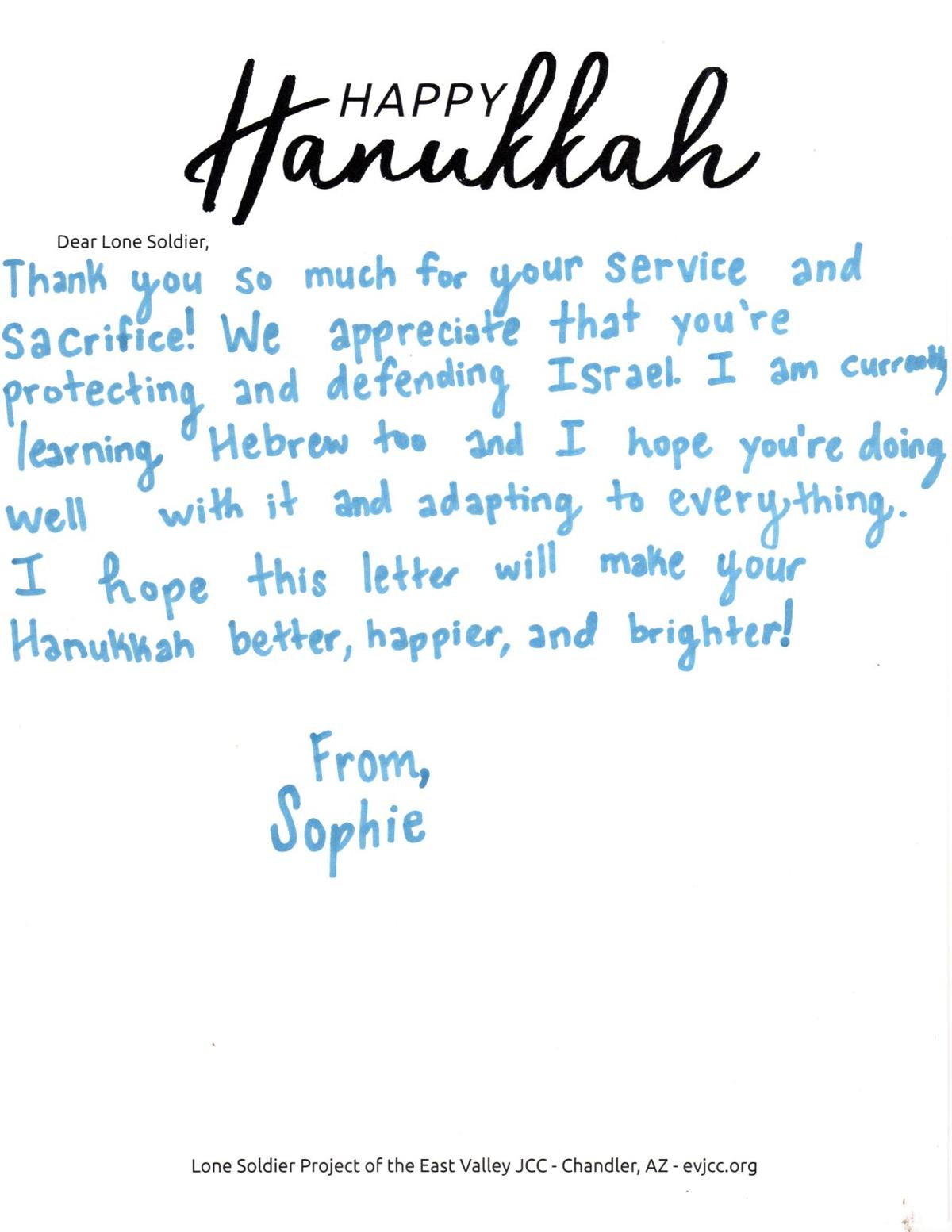 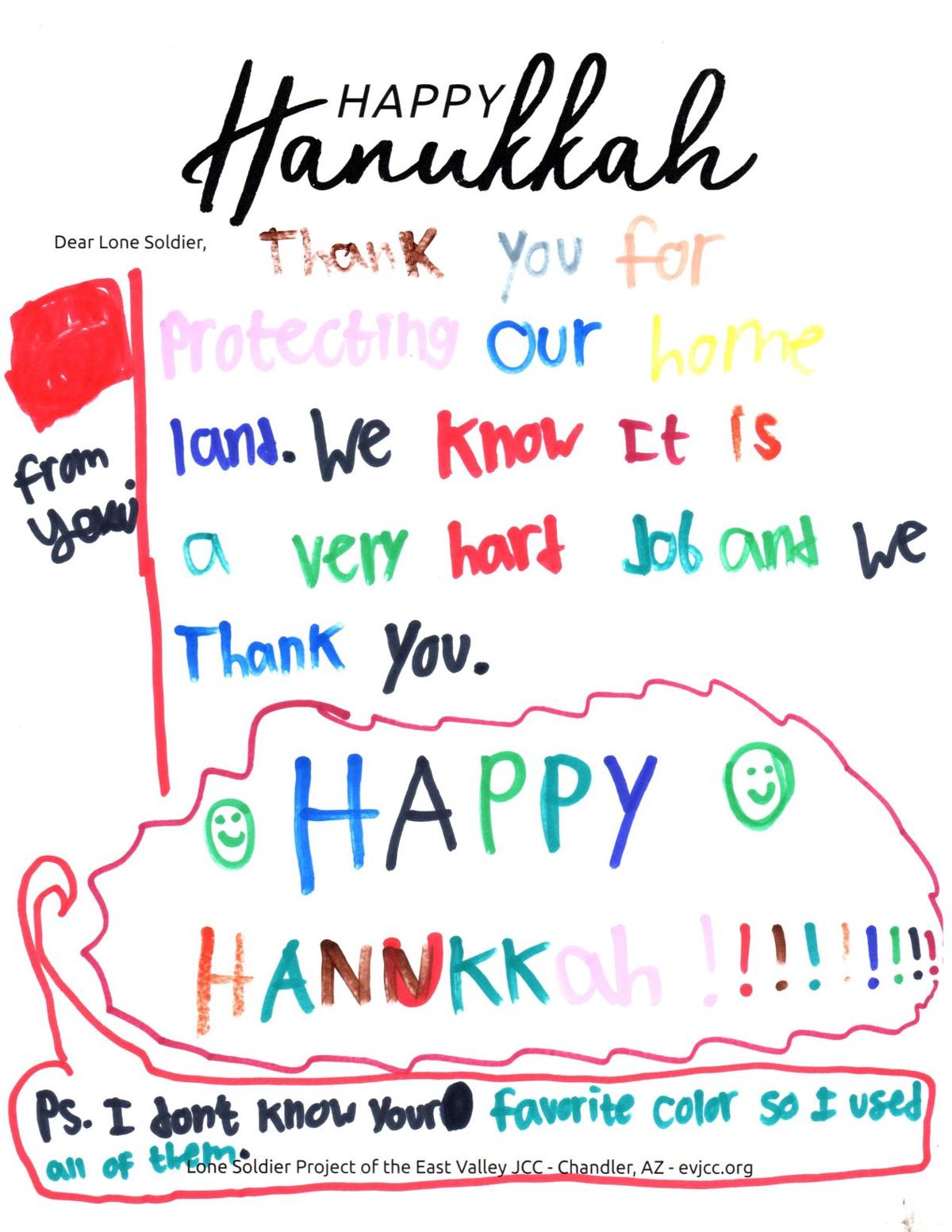 Two lone soldiers holding their letters and wearing their new knitted hats. The first package was last sent month to the Lone Soldier Center in Israel

More than 700 letters and pictures for lone soldiers serving in the Israel Defense Forces will make their way to Israel this month as part of the East Valley JCC’s Lone Soldier Project Hanukkah Greeting Letter Campaign 2019.

Volunteers gave presentations at seven synagogue religious schools, two day schools, one preschool and two summer camps between Aug. 15 and Nov. 24 to speak to over 550 students about lone soldiers. The volunteers also spoke to senior groups, who wrote cards to the soldiers. Dania Chait of Temple Beth Sholom of the East Valley, whose sister was a lone soldier, raised funds for lone soldier centers and collected warm socks and T-shirts for the soldiers for her bat mitzvah project.

One teen group, from Anshe Emeth Memorial Temple in New Brunswick, New Jersey, sent in a package of letters to the EVJCC.

Lone soldiers are young adults from around the world who volunteer to serve in the IDF and have no family in Israel. About 7,000 lone soldiers currently serve in the IDF, with about 55% coming from 61 countries, including the United States. Since holidays are often a difficult time to be away from family, the Hanukkah Greeting Letter Campaign is designed to help brighten up the soldiers’ holiday.

The letters were sent to three lone soldier centers in Israel and will be distributed to soldiers around the country during Hanukkah. Here are examples of some of the letters that were written to the soldiers. JN