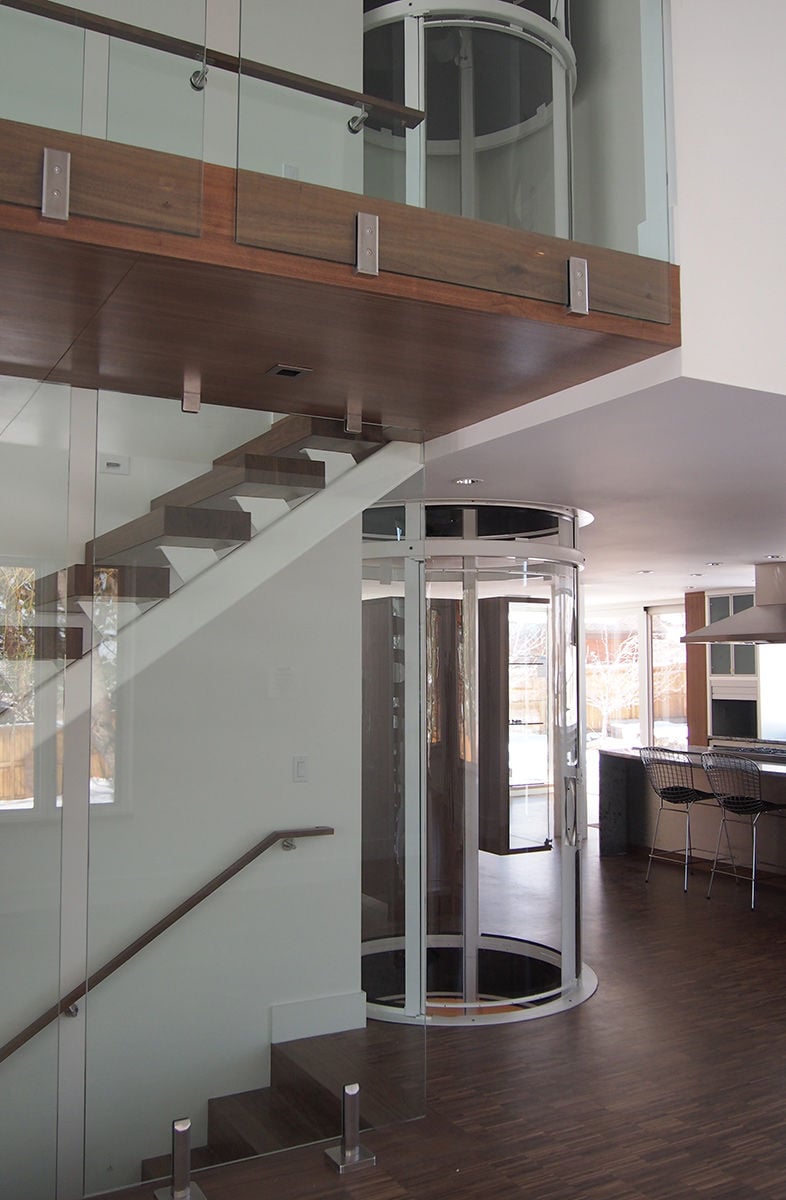 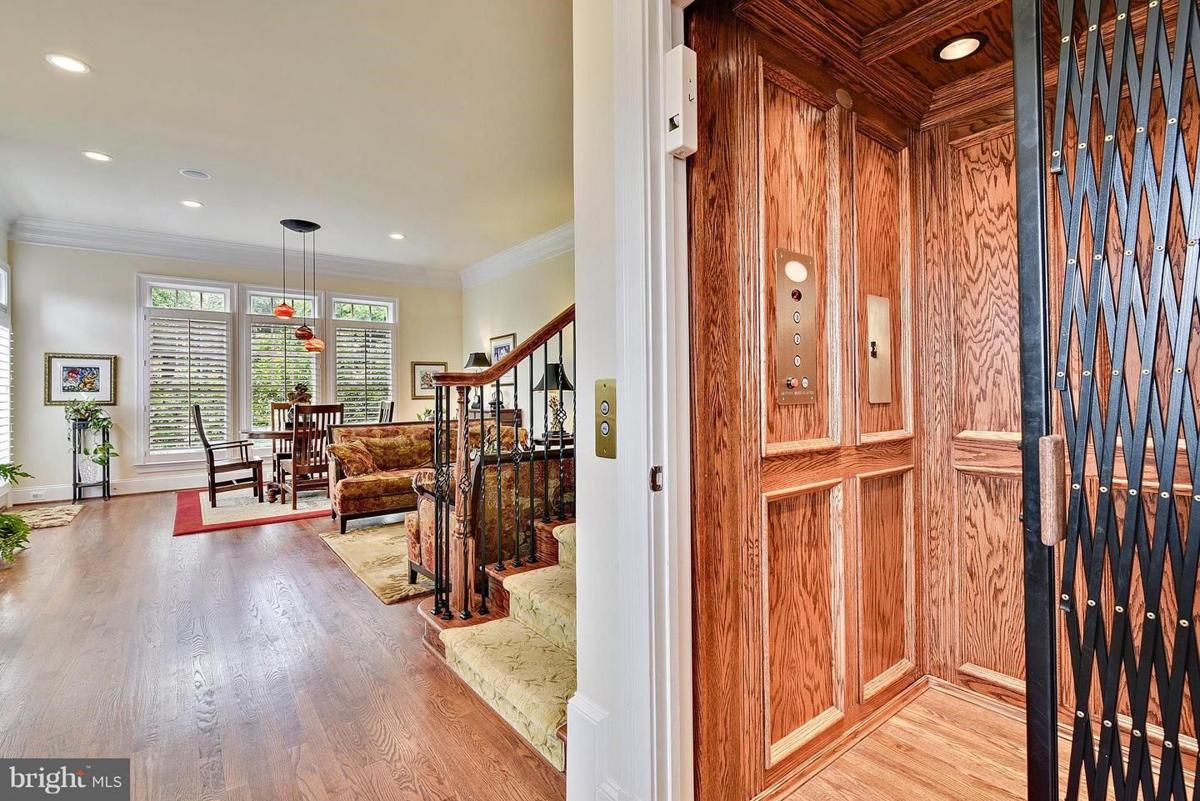 The Gamses’ personal elevator in their former home.

The Gamses’ personal elevator in their former home.

When Peg Gamse sprained her ankle a few years ago, having an elevator in her Falls Church,Virginia home really came in handy.

“It would have been really difficult for us to maintain any kind of regular lifestyle given her sprained ankle,” said her husband, David Gamse, chief executive officer of Jewish Council for the Aging.

Even before her injury, the couple used their elevator for more than just taking themselves up and down. They transported groceries up from the garage and moved luggage down from their bedroom. The elevator, David said, was convenient and “hugely helpful.”

Personal elevators can help seniors feel more secure at home and accommodate their needs as they age and navigating stairs becomes more difficult and dangerous. But they’re not necessarily a cure for aging in place: They’re expensive, especially to retrofit. And elevators take up a chunk of space.

Phil Piantone, a realtor in Montgomery County, Pennsylvania, said planning to age in place is the main reason people look for a home with a personal elevator. And with elder care, as long as a senior can get up and downstairs with an elevator, the rest of their daily needs can be met.

The desire for home elevators has been rising steadily, the Lost Angeles Times reported in 2013. And a survey by the National Association of Home Builders showed that 25% of homeowners listed the feature as desirable or essential.

“It is not a standard option in many communities,” David Gamse said. “I think it’s becoming more standard, but the cost of it makes it prohibitive in some communities.”

Piantone said townhomes with elevators in Montgomery County can cost anywhere between $995,000 and $7 million. Retrofitting a house to add an elevator comes with a price tag of $100,000, he added.

“I cannot properly describe how difficult it was to make a decision to put that much money in a home,” Gamse said. After 10 years in their townhome, the Gamses moved in 2017 to an area with higher walkability.

Retrofitting a home requires an engineer to layout the space where the elevator will be installed, Piantone said.

“They build it one floor at a time,” Piantone said. “They understand someone’s still living in the house, so they try to be as user friendly as possible.”

These elevators can accommodate people who use wheelchairs and more than one rider. There is a second type of elevator which is smaller, easier to install and less expensive than a standard lift. It’s called a tube, or pneumatic, elevator.

The vacuum mechanism on a pneumatic elevator reduces the air pressure above the elevator car, which pushes the car upward, according to Vision Elevators, which sells and installs home elevators. The pressure is reversed to travel downward.

JR Capital Build is developing a six-unit townhouse project in downtown Frederick, Pennsylvania, Underwood said. The units will either include a personal elevator or space for a tube elevator that can be added later.

“We prefer [the regular elevators, but] tube elevators can be added pretty easily after the fact, so we create a space with the specs of the elevator,” Underwood said.

Those who use wheelchairs or need other equipment most likely would not benefit from a tube elevator due to its narrow, circular shape.

But it could be used the way the Gamses enjoyed their elevator — as a “dumb waiter” to carry packages and other items too heavy to lift.

Underwood said an elevator is “definitely a feature that some people need,” if not for themselves, then for family or other visitors with disabilities.

The safety of elevators has lately been called into question. The Washington Post recently reported that young children can easily be injured or killed by home elevators. This type of accident can easily be prevented with a $100 space guard, according to The Post, but the fix has largely been ignored.

One alternative to personal elevators is an electronic stair lift for multi-level homes. Piantone said he asks clients a set of questions to help them determine which solution might be better for them.

“I ask them, what are their long term plans? Is one spouse’s health much better than the other or do both need a lot of care?” he said. “Typically if you’re still in your house you can get better care. It’s just more comfortable for them to age in place.”

Gamse said the Jewish Council for the Aging can help seniors evaluate their housing options, but does not make specific recommendations. He said his agency fields a lot of questions about how seniors can make their homes more accessible, which may include measures like installing grab rails and lowering counters or appliances.

“There’s a huge difference between adding in an elevator and nothing more, and making a home truly [Americans with Disabilities Act] accessible,” he said. JN