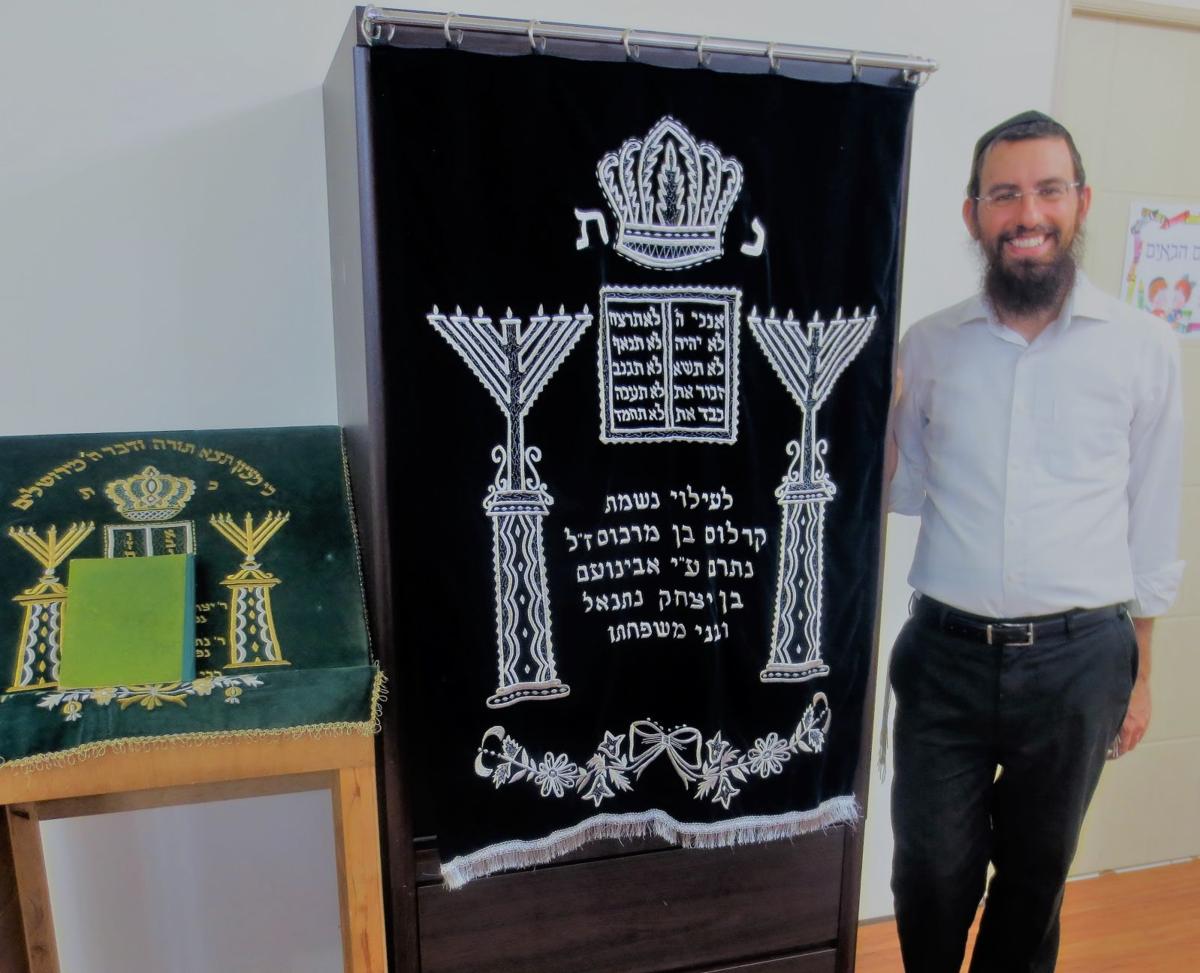 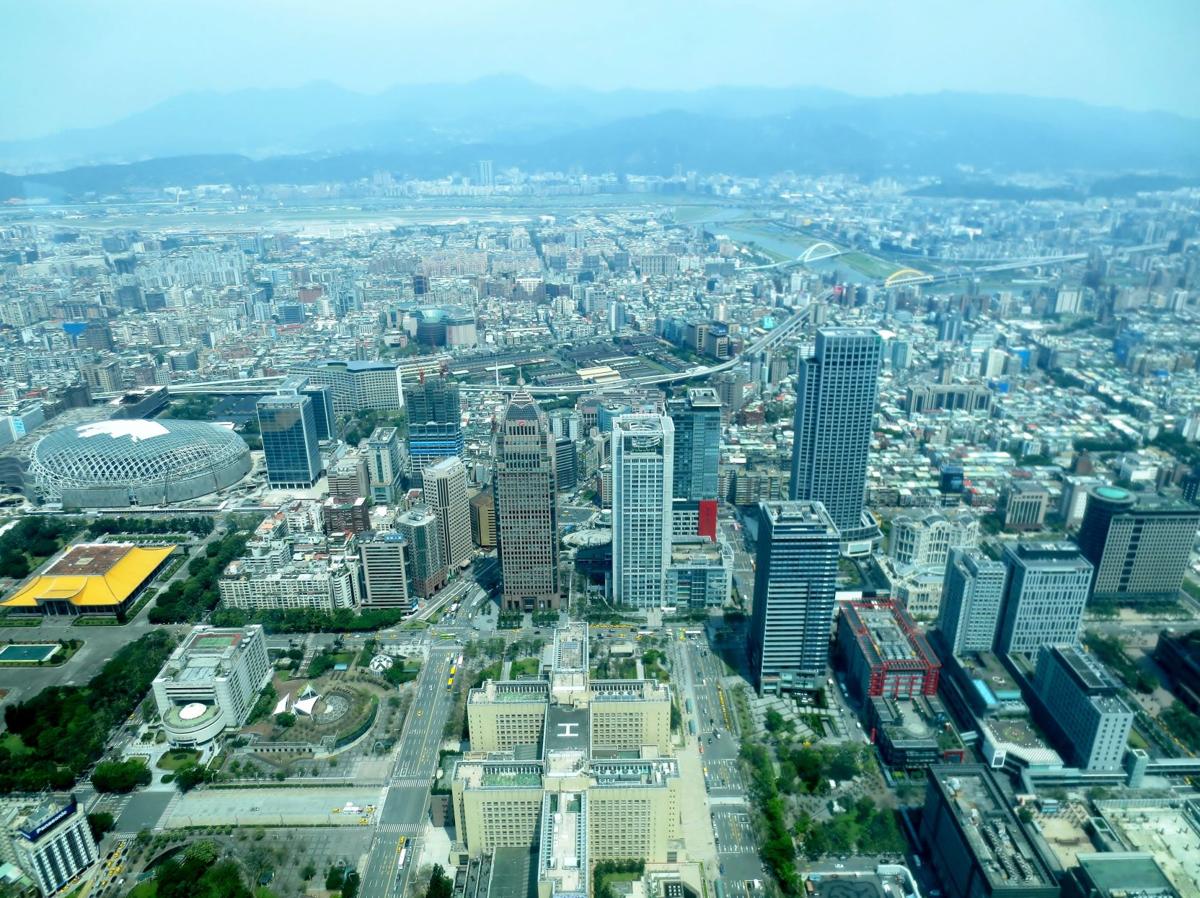 When you’re the only full-time rabbi in a relatively small and isolated Jewish community – like that found on the Asian island of Taiwan – you’re expected to do much more than lead religious services.

Among the many duties performed by Rabbi Shlomi Tabib, director of the Taipei Jewish Center, are hand-delivering kosher food to visiting Israeli Knesset members, leading a weekly discussion group on Jewish-related topics and working with the Taiwan minister of education to develop Holocaust education in the local schools.

And, while it’s not his favorite part of the job, the rabbi will occasionally even slaughter a chicken in accordance with strict kashrut law.

Such is the busy life of the Chabad rabbi, who moved to Taiwan in 2011 from Israel with his wife, Racheli, to open the Taipei Jewish Center, the only synagogue on this island of about 24 million people that is just more than100 miles east of mainland China. At 13,855 square miles, Taiwan is slightly larger than the state of Maryland.

Tabib estimates the Jewish population in Taiwan to be about 1,000; 85 percent of whom live in Taipei, the capital and largest city. Taipei, which features the eighth-tallest building in the world, Taipei 101 (so-named because it has 101 stories), is a densely populated metropolitan area with about seven million residents.

Unlike China, where the Jewish community can trace its roots back to the 10th century, significant numbers of Jews didn’t arrive in Taiwan until the 1950s. Many of the first wave of newcomers were American soldiers.

In subsequent decades, American troops left Taiwan, but Jews in other fields arrived. Some work in the country’s thriving high-tech industry, while others are employed as diplomats, in the diamond business, banking and education. Additionally, there are numerous Jewish tourists who visit the island.

Regardless of their age, occupation or level of religious observance, Jews wanting a chance to connect with other Jews and celebrate Shabbat and other holidays are always welcome to visit the Taipei Jewish Center. Tabib says Friday night services and dinner typically attract 30-40 people, most of them visiting tourists and business people. However, getting a minyan for Saturday services can often be a challenge.

“There are not many observant people residing here,” said the rabbi, who added that “a large percentage” of Jews living in Taiwan have intermarried.

Nevertheless, the Jewish Center is busy catering to the needs of both locals and visitors alike. It houses the sole kosher kitchen on the island, importing most of its food from Israel and the United States. Aside from serving food at the facility, an average of 10-15 meals per week are delivered to hotels, businesses and convention centers.

The Jewish Center also offers a Sunday Hebrew school, coordinated by Racheli, with assistance from two volunteers from Israel. About 25 children are currently enrolled, aged 3-10.

Tabib said being an isolated community with a small staff has both its pros and cons.

“It’s kind of challenging being far away from everything – any other synagogue or any other rabbi,” he said. “It gives a lot of responsibility on our shoulders being here, and with that, we also have a lot of satisfaction when things go well.”

The 33-year-old Tabib, who spent three years in Hong Kong as a rabbi, said the Taiwanese people have – for the most part – been quite welcoming.

“Overall, their approach is very positive,” he said. “The Taiwanese people are known to be very generous to foreigners. It is embedded in their culture that the Jewish people are smart and successful and I think most of them look to us in a positive way. That said, many people here don’t know much about Judaism.”

Unfortunately, there was an incident in December involving a high school parade in which students dressed as Nazi soldiers and carried swastika banners. As a result, the principal of the school resigned. A few years earlier, a restaurant with a concentration camp theme opened but soon closed due to controversy.

The rabbi attributed the incidents more to ignorance than blatant anti-Semitism.

“People don’t really know about the Nazis,” he said. “I’m not saying this is an excuse, but these people have no intention to go against the Jewish people or the state of Israel.”

Still, the rabbi is working with the Taiwanese government to enhance Holocaust education in the schools.

The Jewish Center is located in a building on a side street in a commercial district of Taipei called Daan, not far from the city center. Tabib said visitors are welcome to contact him for information about services, other events and obtaining kosher food at rabbi@jewish.tw.

Ultimately, he would like to see a permanent synagogue erected, the first in Taiwanese history.

“The problem is we want to buy land, but land here is really expensive,” he said. “You wait for a big donor. You wait for a lot of things for something like this to be possible.”

In the meantime, Rabbi Tabib goes about his daily business – doing whatever needs to be done to preserve Jewish life in Taiwan – even if that means slaughtering a chicken every now and then.

“There are many challenges for us, so we need to do a lot of things on our own,” he said. “I think telling our story and showing that we have a thriving community here demonstrates that there is a future for the Jews in Taiwan. If there is anybody who is thinking of moving here because of business reasons, they should know that they will be in safe hands.”

Dan Fellner of Chandler is a faculty associate at Arizona State University and freelance travel writer specializing in Jewish destinations. Visit his website at Global-Travel-Info.com.