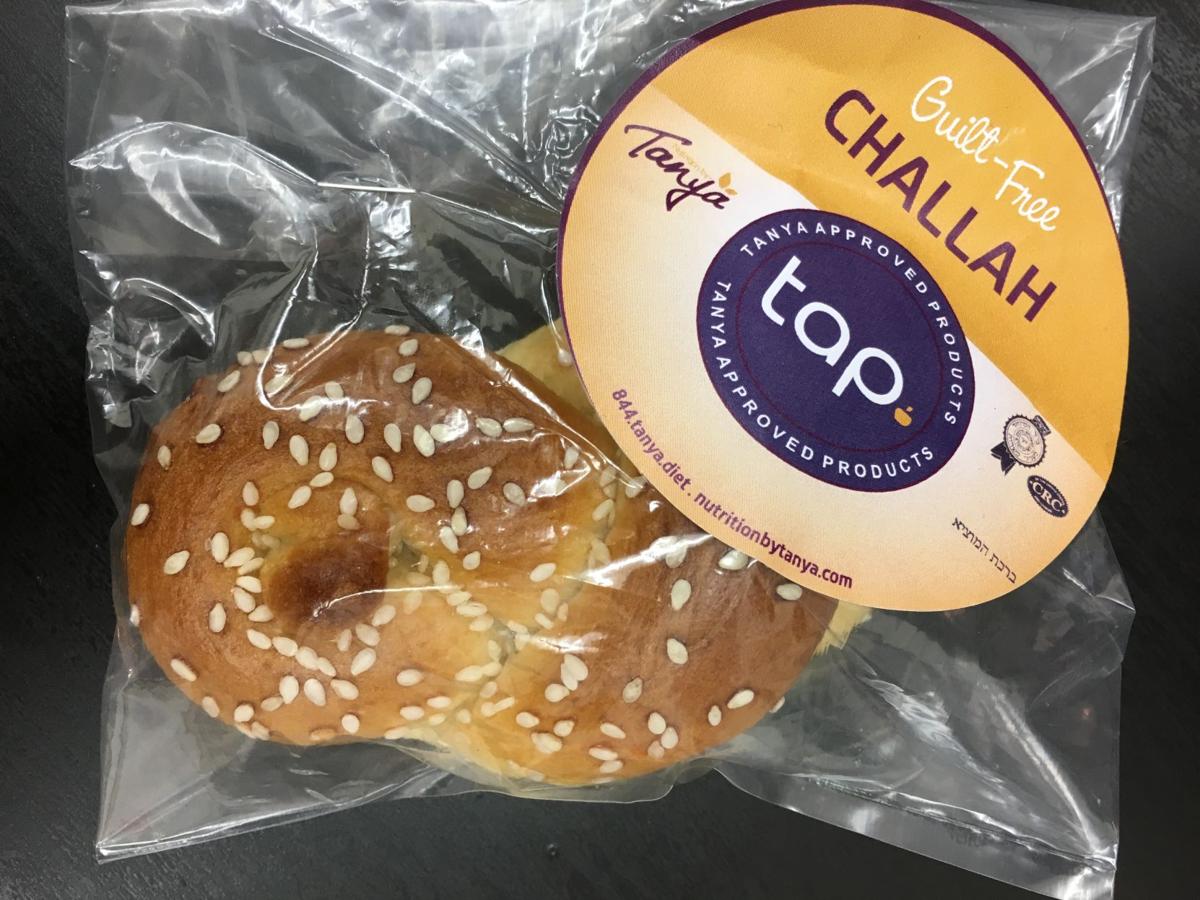 Tanya Rosen sells her own line of diet products, including 90-calorie, portion-controlled challah. 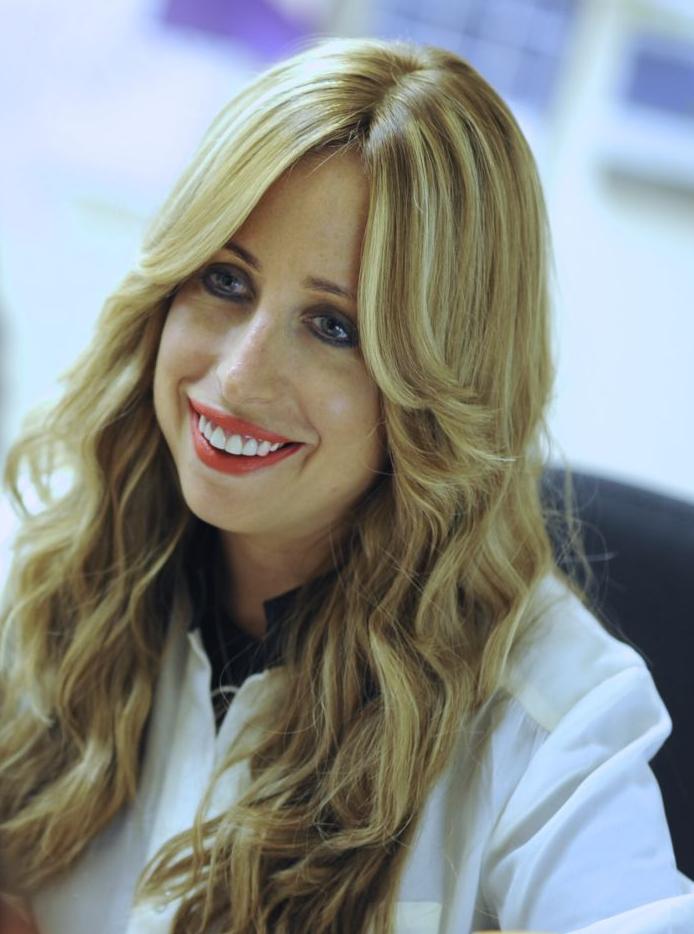 NEW YORK — It's still that time of year, when tons of people — eager to fulfill New Year's resolutions to get in shape or drop a few pounds — flock to gyms and weight-loss centers.

But for Tanya Rosen, a Brooklyn-based nutritionist specializing in weight loss, it's business as usual. Rosen's rush will come in a few months, after Passover, when her customers will be looking to shed some extra weight after eight days of a matzah-based diet.

"We get it after every single holiday, so after Passover, after Sukkos, after Hanukkah, when everybody feels gross and there’s a bunch of time until the next holiday," Rosen, 35, told JTA.

Most of Rosen's clients — 70 percent, she estimates — are Orthodox Jews like herself. When she started her business in 2005, she had a staff of three. Now she operates five Nutrition By Tanya branches in Orthodox neighborhoods in New York and New Jersey — in Monsey, Williamsburg, Flatbush, Borough Park and Lakewood — with a staff of 53 and plans to open three more locations in the next four to six weeks. She also operates a fitness studio in Brooklyn.

Her religious bona fides were crucial to Susan Kopstick, the executive director of an Orthodox elementary school on Staten Island who had tried Weight Watchers and fad diets without success.

“It made sense to go to someone that would understand my lifestyle,” Kopstick, 39, told JTA. Since starting Rosen's program a year ago, she has lost over 30 pounds.

Observant Jews, Rosen noted, face a unique set of weight loss challenges, including a steady rotation of Shabbat and holiday meals, rules dictating modest dress that can make going to the gym uncomfortable, as well as a high rate of pregnancy among women.

Today, there is increased interest in healthy eating in the Orthodox community, said Mendel Singer, an associate professor of epidemiology and biostatistics at Case Western Reserve University in Cleveland who has studied obesity in Jewish day schools. Singer found that children at Orthodox day schools in the Cleveland area — and especially haredi Orthodox ones — were more likely to be obese than their counterparts at non-Orthodox schools.

“There’s a trend towards more exposure to these topics about eating healthier,” he told JTA, citing an increase in kosher cookbooks and articles in Jewish publications focusing on a balanced diet. More conversation around the topic of healthy eating can “help people to realize that it is an issue to be sensitive to."

Rosen’s expanding business is a testament to that trend. She recently introduced “Tanya-approved” health-conscious menus in four kosher restaurants in Brooklyn and Monsey.

At Pescada, a kosher dairy restaurant in Brooklyn, the owners had been considering several people to design a healthy menu, but settled on Rosen due to her widespread name recognition and “very balanced” approach to dieting, said co-owner Rovi Cohen.

Cohen said the menu, which features items such as a goat cheese wrap, tuna ceviche and grilled salmon, has attracted new customers to the restaurant.

“People come and they ask specifically for the ‘Tanya menu,’” he said.

As part of the services she offers, Rosen makes personalized six-week menus for clients — including meals designed for Shabbat and Jewish holidays — so they know exactly what and how much to eat. The schedule provides three to four choices for each meal, such as chicken and rice, fish and baked potato, and whole wheat wrap with tuna and vegetables. Clients then visit one of the offices on a weekly basis to be weighed, review the plan, and discuss challenges and possible changes.

Rosen's women-only fitness studio, Shape Fitness, appeals to observant women who may feel uncomfortable exercising in coed environments due to modesty rules. The gym offers classes, such as Pilates, kickboxing and zumba, as well as personal training.

For those who prefer working out at home, she also sells “kosher” exercise videos featuring covered-up instructors and instrumental music (to avoid suggestive lyrics).

Rosen's nutrition counselors are Orthodox Jews, so they can “really relate to the [clients'] lifestyle and the struggles," she said.

The mother of four attributes her success to a lot of hard work — Rosen described her schedule as “a little beyond full time.” Her workday goes from 7 a.m. to about midnight, with a break in the evening to spend time with her family.

She said she's always reachable via text to answer her clients' questions, such as which product to buy in the grocery store or what to order at a restaurant.

Rosen traces her discipline to her childhood. The daughter of Russian émigrés to Israel, she moved to the United States with her family at age 10 and “grew up with no money for anything extra.”

“I’ve been working since I was 12, 13, doing babysitting, doing office work, so I think I got my work ethic [that way],” she said.

Though Rosen declined to give a success rate, she said that anyone who follows her plan, with the exception of those with a medical condition requiring treatment by a doctor, “does well and loses weight.”

Should clients need extra inspiration, all they need to do is look at Rosen. She embarked on a weight loss journey after gaining 40 pounds during her first pregnancy in 2004. As Rosen shed the weight she gained a newfound interest, which led her to enroll in a master's program in nutrition and ultimately launch her business.

Rosen said the positive effects she has seen in clients’ lives, such as increased confidence and better work productivity, keep her motivated to continue her busy lifestyle.

“Even the worst day is a good day,” she said.