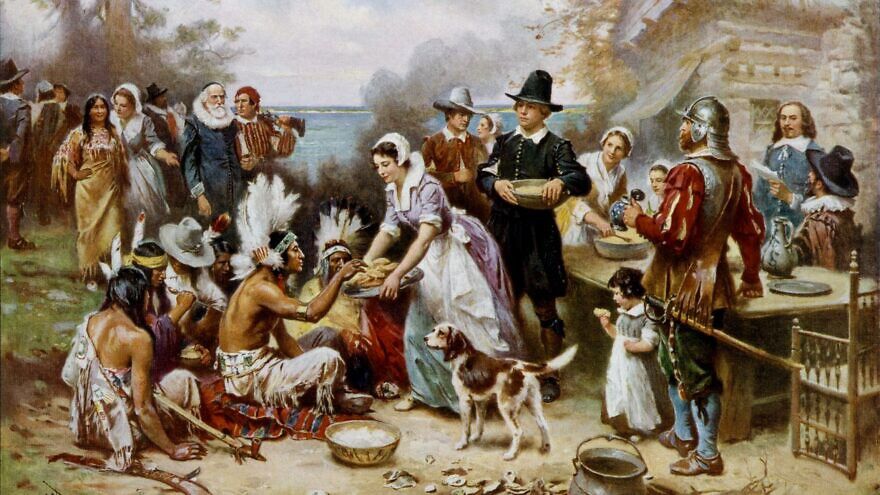 An artist's interpretation of the first Thanksgiving in Plymouth, Mass. 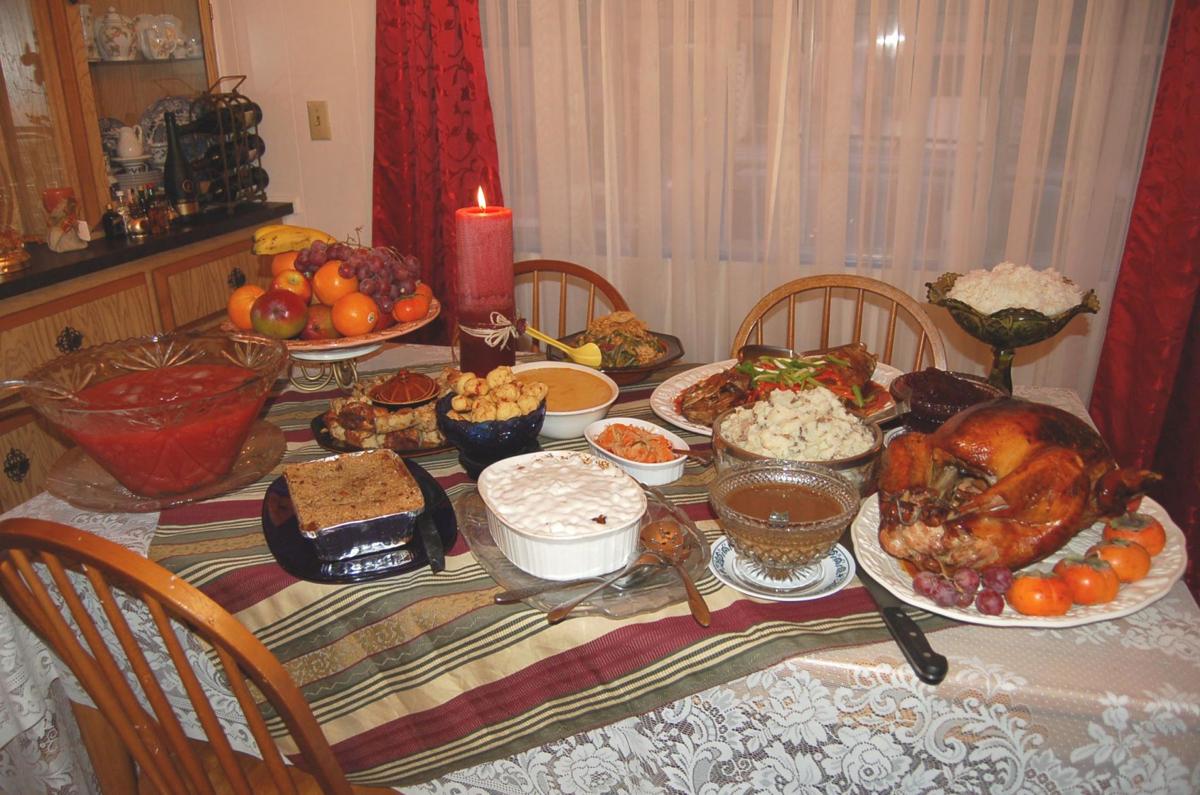 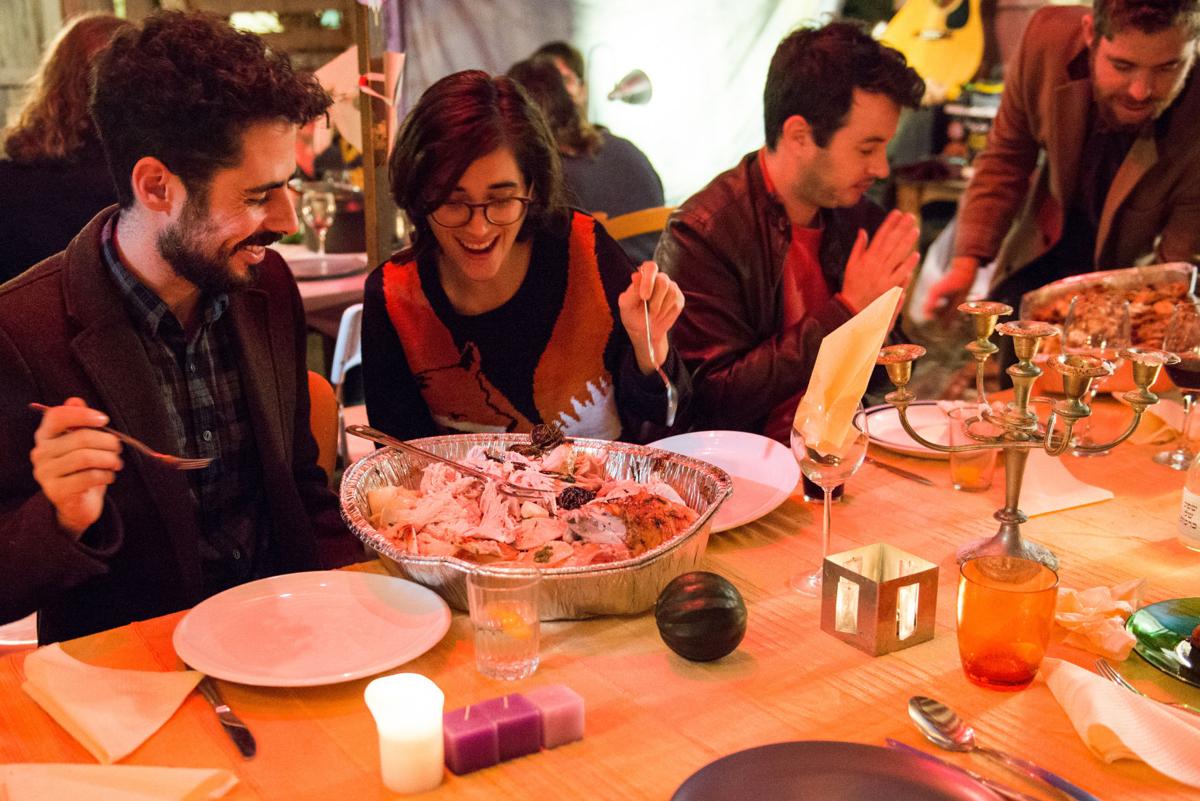 Israelis and Americans enjoy a Thanksgiving dinner together in Tel Aviv on November 29, 2014.

An artist's interpretation of the first Thanksgiving in Plymouth, Mass.

Israelis and Americans enjoy a Thanksgiving dinner together in Tel Aviv on November 29, 2014.

Thanksgiving. They got it from us.

The evidence: Things they don’t teach you in school, like the Pilgrims modeling their autumn thanksgiving holiday after the Jewish harvest holiday of Sukkot, celebrated just a few weeks earlier.

This is actually not surprising considering that the Pilgrims — goofy hats and all — modeled their society after the ancient Hebrews. To the point that they actually learned Hebrew, including while afloat on the Mayflower.

“Look on the back of a draft of the Mayflower Compact, and you see the English-Hebrew worksheets they were studying at the time,” says author, historian, commentator Sha’i ben-Tekoa. In fact, says ben-Tekoa, the Pilgrims saw themselves in distinctly biblical terms. “They believed that in settling the new land, they were like the Israelites crossing into the Promised Land.”

What’s more, another meaning of hodu, the Hebrew word for “turkey,” is to thank — a word that appears many times in the Torah.

In fact, the founding fathers were thinking of declaring Hebrew as one of the country’s official languages, alongside English. What’s more, Thomas Jefferson, Ben Franklin and John Adams considered having the official seal of the new country feature Moses leading the Jews across the Red Sea. “Early America was drenched with the Hebrew Bible,” he adds. “So American fascination for and support of Israel started back then.”

From the start, American Jews saw their religious identity and their national one as two halves of a coherent whole.

It’s “the belief that Judaism and Americanism reinforce one another, the two traditions converging in a common path … an ongoing effort on the part of American Jews to interweave their ‘Judaism’ with their ‘Americanism,” Jonathan Sarna, the Joseph H. and Belle R. Braun Professor of American Jewish History at Brandeis University wrote 20 years ago in The Cult of Synthesis in American Jewish Culture.

And the synthesis in question often peaked on Thanksgiving, writes Sarna. On Thanksgiving of 1844, Isaac Leeser, the chazzan (cantor) at Mikveh Israel in Philadelphia, told his congregants that “as Israelites, we have an additional cause of thanksgiving” and went on to detail “America’s special meaning for the Jew.”

Nearly eight decades later, in 1922, “America and the Jew: A Pageant for Thanksgiving Day,” debuted at Boston’s Temple Israel as performed by the Sunday-school children, reports Sarna. The play, which told the story of the “joyful harvest,” was seen by 1,200 people who were impressed, Rabbi Harry Levi reported at the time, with “its emotional appeal and religious effectiveness.” And over the years, it made the rounds of several other Reform congregations around the country.

‘The thing that best connects us is gratitude’

The attitude of gratitude — or as they say in Hebrew, hakiras hatov — is a central theme in Judaism. Consider: The matriarch Leah gave the name Yehuda to her fourth son, meaning “Now I will thank God,” which is how the Jews eventually became Yehudim (the people who thank).

In fact, opportunities to give thanks abound throughout the Jewish calendar. We’re reminded of the times of the Temple in Jerusalem when each spring, farmers would bring bikurim — baskets filled with the first fruits of their harvest — to the kohanim (priests) in the Holy Temple in gratitude for abundant crops. And many an animal was sacrificed as a peace offering, one given (and the meat shared between the one who brought the sacrifice and the kohanim) from a heart filled with gratitude for God’s bounteous gifts for surviving a dangerous ordeal or after successfully fulfilling a vow.

“When you’re a traditional Jew, gratitude is baked into prayer from the moment we wake up,” says Erica Brown, director of the Mayberg Center for Jewish Education and Leadership at the George Washington University in Washington, D.C. “Blessings over food and aspects of nature make us conscious of everyday gratitude and create a structure for thanks.”

And for Jews, Thanksgiving is a guilt-free holiday (at least, if you resist the urge to overeat).

“Here in the United States, Thanksgiving is one of the few legal holidays without paganism or other religious overtones,” says Rabbi Chaim Wolosow, co-director of the Chabad Center of Sharon, Mass., “so all those who are wary of the other Christian holidays can truly enjoy this one since it’s completely pareve.”

In fact, some families simply postpone the turkey, the stuffing and the cranberry sauce for 24 hours and celebrate a Shabbat Thanksgiving on Friday night.

And because the holiday has no overt religious overtones, Americans of varying faiths are able to celebrate it together. For the last 15 years, members of Congregation Beth Shalom in Wilmington, Del., have joined with those from area churches and mosques the Tuesday before Thanksgiving to break bread together (hold the turkey; this is a vegetarian affair), fundraise for local food banks and share gratitude-themed readings from their scriptures.

For Rabbi Michael Beals, Psalm 100 always comes to mind. “How do we serve God with joy?” he asks. “It’s with gratitude. Coming together strengthens what we have in common, which is so much more than what separates us. And the thing that best connects us is gratitude.”

“It’s a melting pot, America, and the Jews who came were grateful the country protected their freedom of religion,” says Rakel Berenbaum, whose “Portion from the Portion” column, with its parshah-related recipe is a staple of the Orthodox Union’s Torah Tidbits magazine.

And since today’s Jews have ancestors from all over, she suggests an international potluck Thanksgiving. “The Persians can bring their rice and the Russians their sauerkraut. That way, we learn about Jewish culinary traditions from around the world, and best of all, no one person has to do all the cooking.”

Brown has an observation … and a suggestion.

“With today’s Thanksgiving so dominated by food and football, we often minimize the thanks because we lack a structure for it,” she says.

To focus the celebration on the holiday’s true meaning—with a Jewish flare—Brown opts for creating a pre-turkey gratitude conversation by hiding a question under each dinner plate to be answered before the main course.

Here are a few of her under-plate questions to get you started and inspire you to add your own: