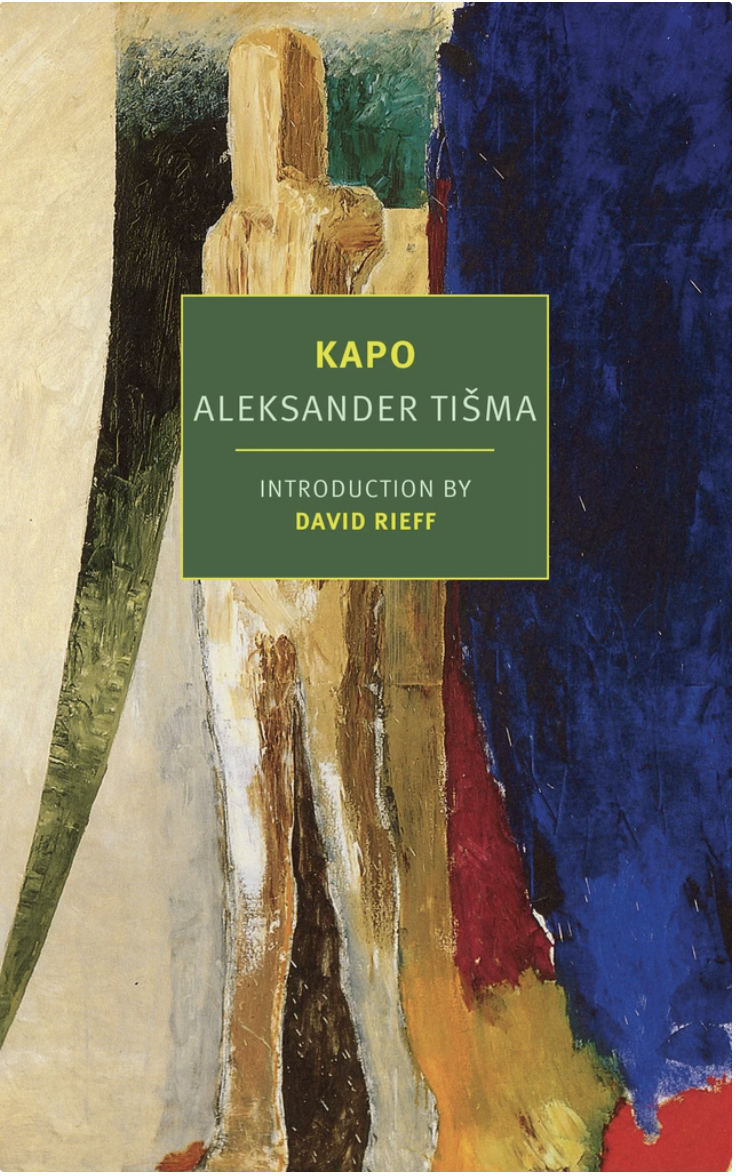 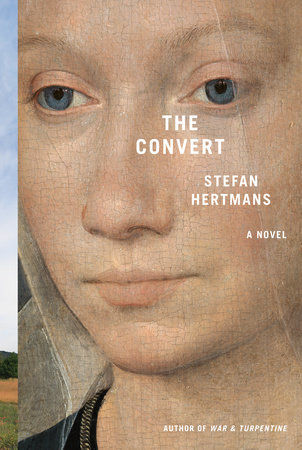 “The Convert” by Stefan Hertmans

Aleksandar Tišma — Serb, Jew, writer and thorough accountant of human misery and cruelty — was once asked to send a photo of himself to the German newspaper Die Zeit. He recounted the experience a few years later in Haaretz, writing that he could not find a single worthy photograph with himself as the subject.

Instead, he wrote, “I am sending you another photograph, yet one in which I recognize my own face. I first saw it in Poland, in some war album. It is a picture showing a group of people being driven out of the Warsaw ghetto, if memory serves me right. Right away, I saw that the little boy in the forefront of the picture with his hands in the air represents me. Not only because he looks like me, but because his picture articulates the essence of what I feel in my adult life: helpless as I confront the laws of life, of humanity, of reality.”

Tišma was never in the ghetto, nor was he ever imprisoned in a concentration camp. In fact, he spent the years of the Holocaust as a student in Budapest. But his most widely read books — “The Book of Blam,” “The Use of Man,” and “Kapo,” his 1987 novel slated for an October reissue by The New York Review of Books — deal with Holocaust victims and survivors, many of whom can never leave the camp of the mind.

“All of my novels,” he once said to an interviewer, “are autobiographical.”

His novels, like the photograph selection he explained above, are an expression of his sense of what constitutes the autobiographical. It’s sensational, emotional, not necessarily tied to literal happenings.

“I am a man who stayed in the hole because he couldn’t part company with its warmth,” Tišma once wrote in a journal. Those words could have come out of the mouth of Vilko Lamian, the man at the center of “Kapo.”

“He had found Helena Lifka,” begins “Kapo.” “He had recognized her, was sure it was she — unless a whole chain of illusions had conspired to deceive him.”

“He” is Lamian, an elderly Croatian Jew who has traveled many miles to find “her,” a woman named Helena Lifka. As Lamian spies her form lingering in a doorway, he is repulsed by the idea that their “two loins, old as they were,” might couple again.

“Kapo” is the story of Lamian, once an enthusiastically violent kapo at Auschwitz, crisscrossing Yugoslavia, decades after his crimes, to find the woman for whom he reserved his deepest cruelties. He plans to wring forgiveness from Lifka.

Lamian pulls back to describe the full measure of his cruelty, self-loathing, hatred for his fellow Jews and utterly boring existence as a clerk for the land registry. Thematically, this is where Tišma, who died in 2004, is most comfortable.

From early on in his life, Lamian learns that his Jewishness is as undesirable in the abstract (simply being different) as it is in the particular (various offenses of servility and cunning). His parents had him baptized, believing that this “armed him against all evil and that he shouldn’t be dragged back into the shame from which he had been delivered.” In a way, the gambit works. Lamian comes to see himself as separate from the Jews.

This becomes a psychic advantage that allows him to befriend his Ustaše-sympathetic peers and shamelessly degrade Branka, the young Jewish woman that he sleeps with. In short, Lamian had accepted the Nazi logic regarding Jews long before he ever stepped foot in a camp, and was well suited to the life of a kapo before it became his title. It’s how he was able so vigorously to pursue his darkest impulses.

After 300 pages masterfully describing the full extent of Lamian’s self-imposed isolation and mental deterioration, Tišma finally reveals that the little spying scene with Lifka was, in fact, the result of a “whole chain of illusions.” Lifka has been dead for months; Lamian had found her cousin, who happened to live with her. Lamian realizes that the only place he ever found inner safety was “in the toolshed at Auschwitz ... as he listened to the camp’s waterfall babble of death rattles and prayers and danced to frighten a prisoner named Helena Lifka.” He reels at the utter pointlessness of his efforts. The end, tip your bartenders.

Lamian’s journey was fueled by the belief that the awesome power of his evil had left a permanent stain on the life of Lifka, one that she could never wash off. His self-conception depended on believing that Lifka was obsessed with what had transpired between them. What he finds is the opposite; it was he, the evil-doer who had been stained by his actions, not Lifka.

When negotiating, there may come moments where you feel that you need to ask for everything. After all, if that’s what you want, how else are you going to get it? But it can also backfire; by insisting on getting everything, you could very well walk away with nothing. If only, you might wonder, shaking your head, you had just asked for a little less, you might not find yourself empty-handed.

Stefan Hertmans, a Dutch writer, asks for everything by calling his book “The Convert” a novel. The author makes frequent interventions into the story, describing his process of research and how he came to be animated by certain characters and subjects, before returning to the story of the convert herself.

His book often feels more akin to a behind-the-scenes look at the making of a novel, or a novel-in-process, than something that could conceivably work as a novel, full stop. It manages to make an otherwise dramatic story, translated tenderly into English, feel like a heightened History Channel reenactment.

The titular convert is Sarah Hamoutal Todros, a real person of the 11th century. Todros was born Vigdis Adelaïs Gudbrandr, a proper name for a properly wealthy Christian family in Rouen. She runs off with a visiting yeshiva student named David, eventually settling in Moniou, in the south of France. Dangers abound for her in her new faith; her father has sent knights after her, and the First Crusade is imminent.

As these stories tend to go, knights of the cross burn down the town’s synagogue, murder her husband and abduct two of their four children. Sarah must take to the road, and she does, traveling as far as Cairo before returning to France.

To fill in such a story, Hertmans, who lives in modern-day Monieux, must chase down the surviving fragments of Sarah’s life, a journey that takes him all over the world. Hertmans’ interest in his own story is such that a single sentence will span a millennium, an intimate moment describing late 11th century life interrupted to give you an update on what the locale looks like today.

It is the rare occasion that leaves one wishing that a novel had come with a long foreword, so that the author might have worked out everything about his own involvement prior to the text of the story itself. And yet. JN