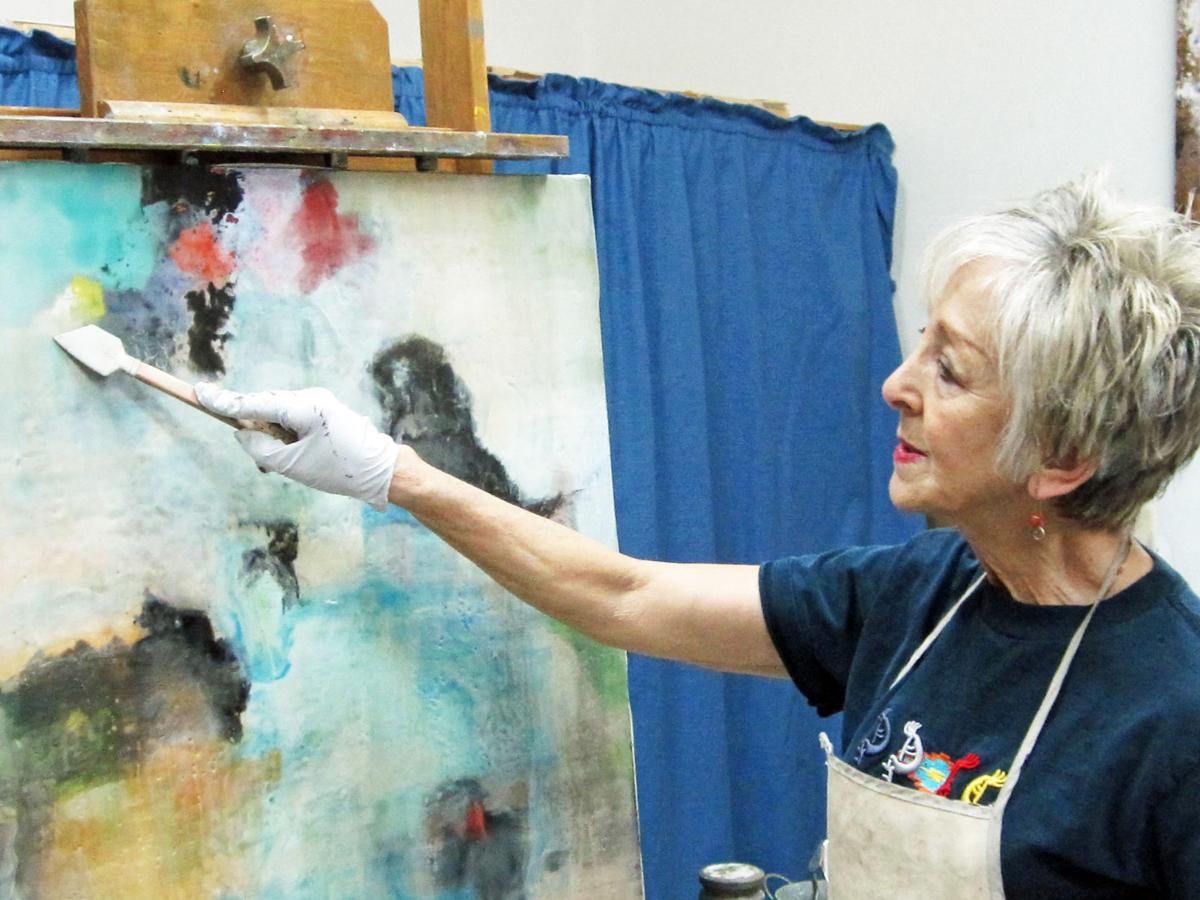 Bela Fidel paints in her studio. In January, Fidel moved to a studio in Cave Creek three times the size of her previous studio. 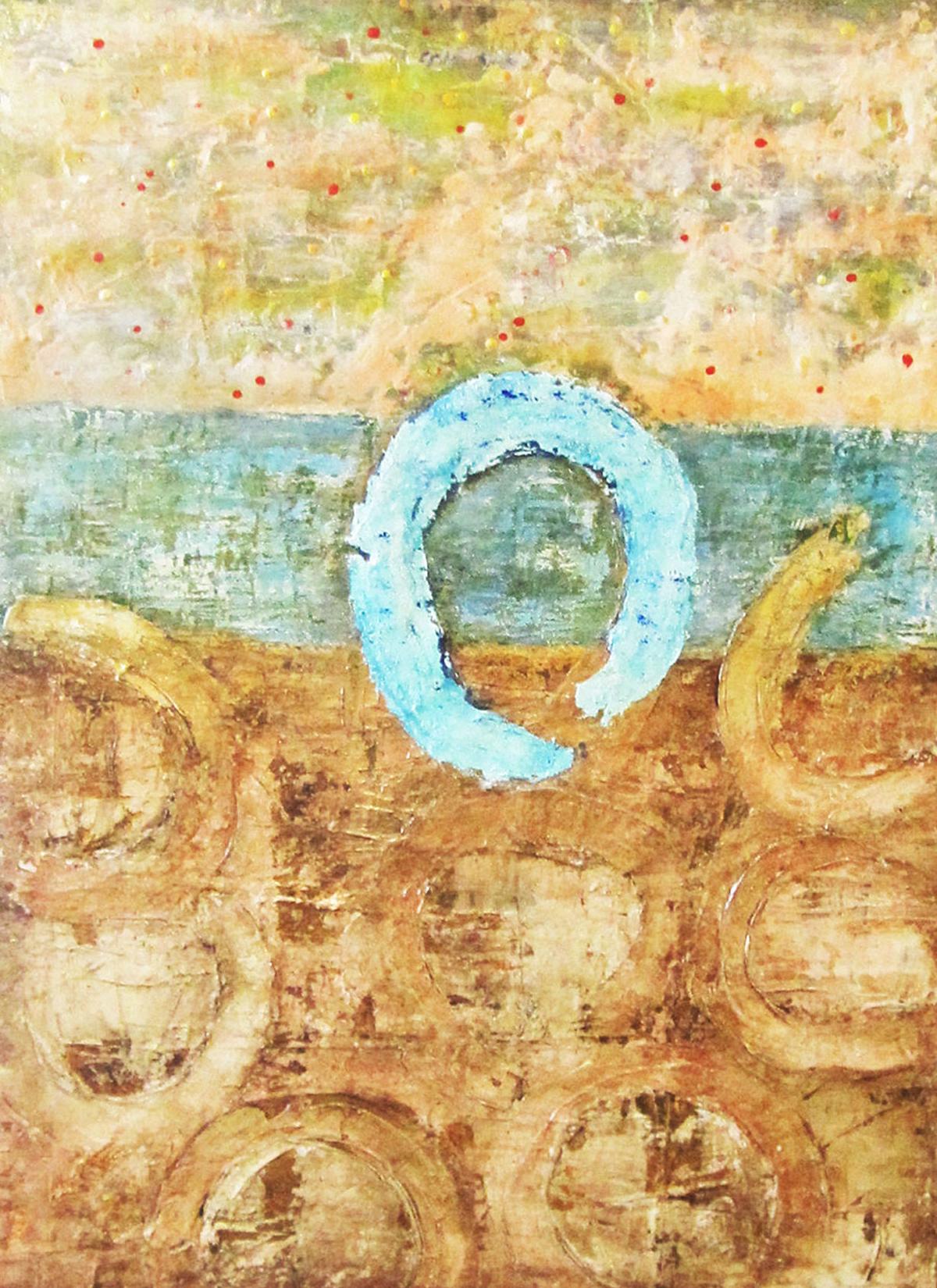 “A Sense of Wholeness” by Bela Fidel, a painting with numerous layers of compounds, plaster and a variety of water-based and oil paints. 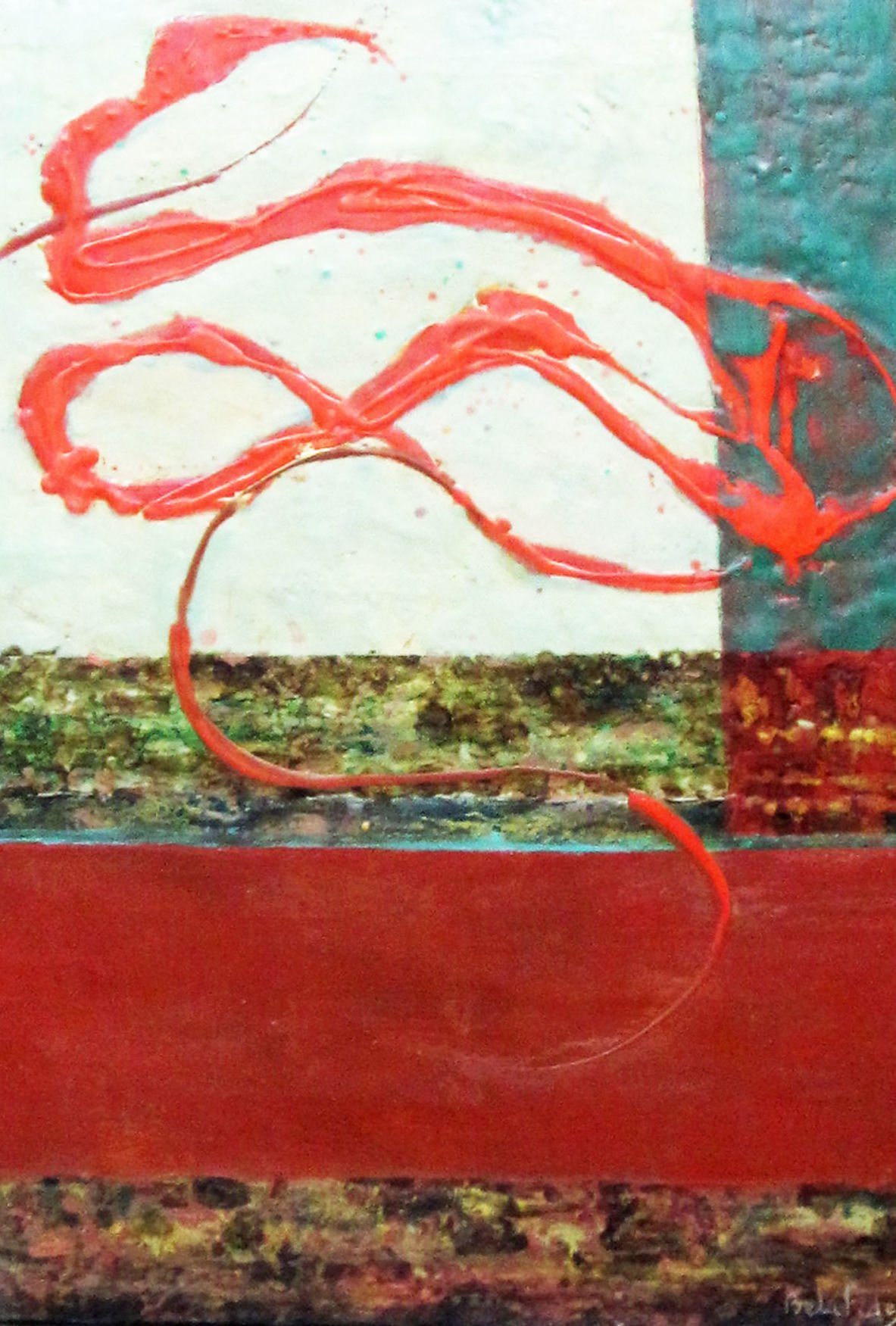 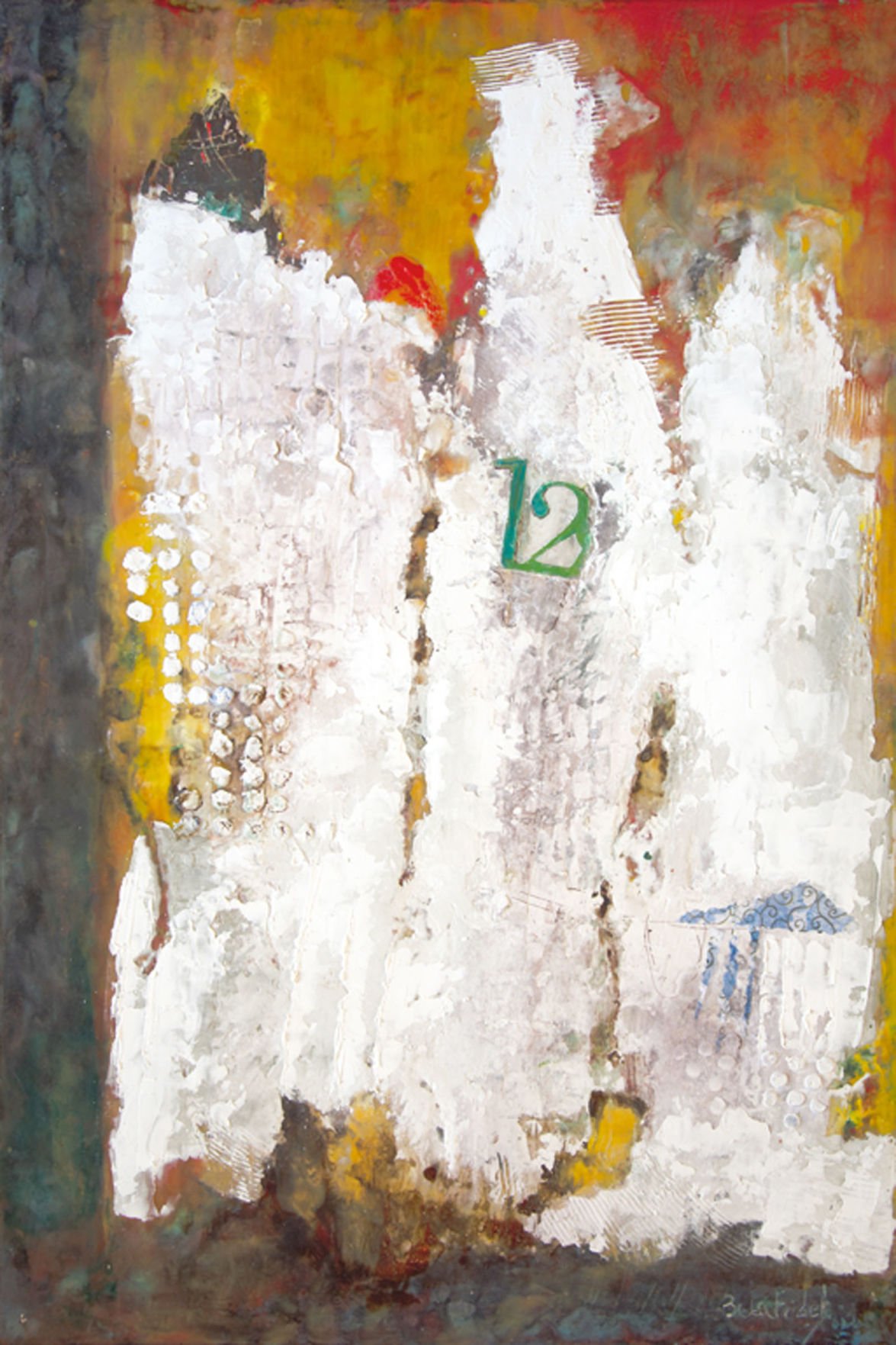 Bela Fidel paints in her studio. In January, Fidel moved to a studio in Cave Creek three times the size of her previous studio.

“A Sense of Wholeness” by Bela Fidel, a painting with numerous layers of compounds, plaster and a variety of water-based and oil paints.

In the 23rd iteration of the Sonoran Arts League’s annual Hidden in the Hills studio tour, visitors will be able to observe nearly 200 artists at work across numerous mediums, from jewelry, metalworking and glass art to pastels, mixed media and oil painting.

The studios are open for visitors from 10 a.m. to 5 p.m. on Friday, Saturday and Sunday during the weekend of Nov. 29.

Contemporary artist Bela Fidel has hosted a studio for Hidden in the Hills for 15 years.

Born in São Paulo, Brazil, Fidel moved to Israel in 1965 to study at the Hebrew University of Jerusalem. It was there that she unexpectedly began experimenting with painting.

“I was not interested in art, I had no idea why I one day bought a couple of little things and made a few little paintings,” Fidel said. “I was as surprised as anybody.”

The first thing she painted was the Old City of Jerusalem.

“I used to love the shapes of the houses in the Old City of Jerusalem, the accumulation of shapes one on top of the other.”

Since those early days, Fidel’s work has evolved from representational to surrealist to contemporary and abstract. Today, she works primarily with mixed media and encaustics, or hot wax. In many of her works, materials are heavily layered to create the final image.

“You keep looking, you keep discovering things in the work. People tell me, ‘I’ve had it for so long and now I see something else,’” Fidel said. “That’s what pleases me the most and that’s what I go for: a final look of elegance and seeming simplicity but a lot of stuff happening underneath.”

Carole Perry, one of the founders of the Sonoran Arts League and the Hidden in the Hills tour, praised Fidel’s work. Perry said she recommends Fidel’s pieces to visitors at her own contemporary art studio.

“Bela’s work is abstract, but it’s very engaging,” Perry said. “Some people just throw paint on a surface and you wonder what that was or why they did that. With Bela, it’s obvious that she does her work with intention.”

One of Fidel’s current projects is rendering Judaica using encaustics. “I take illuminations of Jewish books, illuminations of paintings of centuries past, and I embed that in hot wax. It’s a very, very elaborate process,” Fidel said. “So you have a beautiful image and all of a sudden that image is wax.”

On the tour this year, Fidel will host five other artists at her new studio, which she calls ‘the studio to end all studios.’ While she doesn’t work on Saturdays, she has a friend stand in for her on those days to discuss and sell her artwork.

“It’s very important to me to meet people who enjoy my work, that are touched by it,” Fidel said. “That’s what I look forward to.”

Perry also looks forward to meeting new people on the tour each year.

“Buying is the bonus,” Perry said. “The primary mission of Hidden in the Hills is to share what we do and what we know with anybody interested in learning about why art matters in your life.”

In the tour’s first year, there were 17 studios with around 30 artists, and it was free for artists to participate.

“The first couple of years, we just did it because we loved the idea,” Perry said. “And then we realized if we were going to be taken seriously, if people were going to want to come back, they would want to know that there was some fine art here.”

Today, any artist who has a working studio and can pay the $450 fee can participate.

“I think every one of them qualifies as fine art in some way,” Perry said. “There’s every media you can think of.”

There is also food available at many studios. Perry’s studio offers homemade meatballs and Chex Mix. “Don’t be surprised, you’ll find a lot of the studios are a little bit competitive about the food,” Perry said.

Visitors can customize their tour based on the type of art they’re interested in. Maps and directories of all the artists on the tour are available online and in every studio.

“I invite the Jewish community to come visit us,” Fidel said. “We have such a variety of excellent artists.” JN