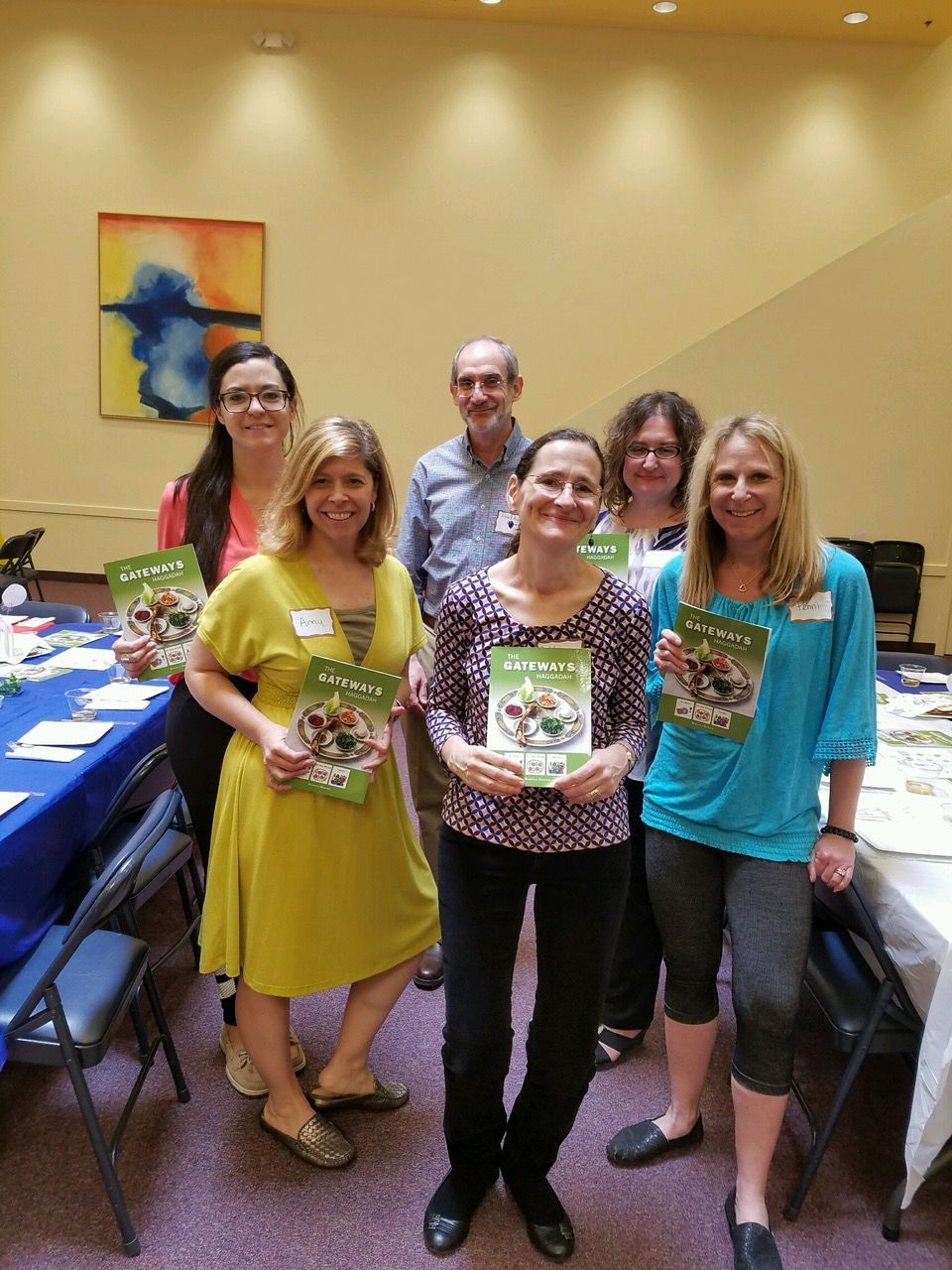 Rabbis Michael Wasserman, left, and Elana Kanter hold up visual cues during the Special Needs Community Model Seder at The New Shul in Scottsdale on March 26.

Rabbis Michael Wasserman, left, and Elana Kanter hold up visual cues during the Special Needs Community Model Seder at The New Shul in Scottsdale on March 26.

Two weeks before Passover, Rabbis Elana Kanter and Michael Wasserman of The New Shul were leading a model seder – a very special one, using a brightly colored, easy-to-hold Haggadah with visual images.

The group of about 65 people – made up of Gesher members, families, friends, caretakers and volunteers – gathered at The New Shul and had the chance to bond through lots of Passover arts and crafts, searching for the afikomen and one of the highlights for many: the singing of “Dayenu.”

The seder reflects part of Gesher’s overall mission: to help individuals with special needs and their families in the Jewish community lead fuller lives. In fact, Gesher is the Hebrew word for bridge. (In November 2016, the agency changed its name to Gesher Disability Resources.)

Seder participants Jennifer and Joshua Feferman say Gesher provides support not only for the special-needs individual but support for the individual’s entire family “with educational services, and the opportunity for religious worship composed with easily understandable language with comprehensive illustrations of religious concepts.”

“As a parent of a special-needs individual, it was most heartwarming to be invited and most welcomed to celebrate Passover with our son; listening to him participate, feeling good about himself and sharing the joys of the Passover seder,” says Jennifer Feferman.

“The highlight of the service was watching and listening to the rabbis acting out the service, explaining the story of Passover to their appreciative audience, abridging the seder when needed so their very hungry congregants could partake of the festive and most delicious luncheon. What a gift!”

Other participants were also appreciative of the format that granted flexibility and the ability to attend the seder as a way to socialize with other families, while keeping up with the holiday tradition.

Gesher Executive Director Amy Hummell applauds the combined efforts of a team of volunteers and Gesher’s staff to plan the Passover celebration. Gesher Program Coordinator Rachel Corcos organized the event under the direction of the volunteer chair, Penni Golub, as well as Jill Wilson, Gesher’s director of education and programs.

Rabbi Kanter points out that, “The Haggadah itself tells us: at ptach lo – ‘you open the conversation for the listener,’ which means that we have make the telling of the Passover story meaningful and relevant to all, to everyone who sits at the seder table. Sometimes, different modes of telling the story (drama, song, movement) help give meaning to the story.”

Becca Hornstein, who co-founded the agency in 1985 and currently serves on the board of directors, emphasizes how beneficial it was to have a multi-sensory seder experience and use the special Gateways Haggadah.

“Showing the Passover story through actions and a hands-on experience is a great way to present this to children and adults with intellectual challenges and limited reading abilities. And the Haggadah comes to us from a group similar to ours,” says Hornstein, referring to Gateways, the Boston-based agency that provides special-education services to enable students with diverse learning needs to succeed in Jewish educational settings.

The Special Needs Community Model Seder, free for attendees, was funded through grants. Last year’s seder received its funding from the Jewish Women’s Philanthropy Circle of Arizona. This year, Gesher used funds received through Arizona state income tax credits, as a qualifying charitable organization. And Hummell is excited to announce that Gesher has been awarded a grant from Jewish Women’s Philanthropy Circle of Arizona for the 2018 Model Seder.

Kathy Shayna Shocket is a freelance reporter and writer based in Phoenix.