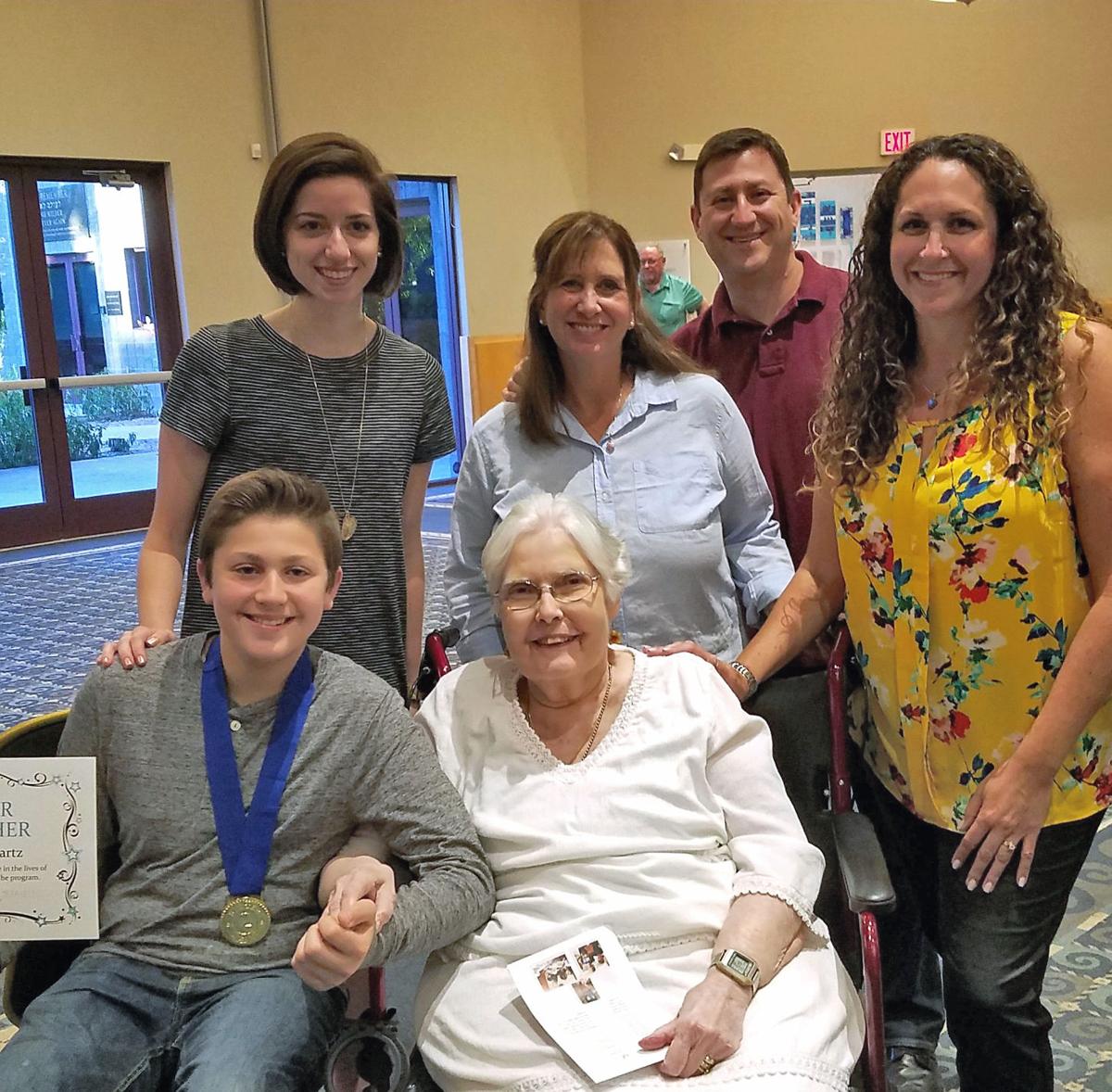 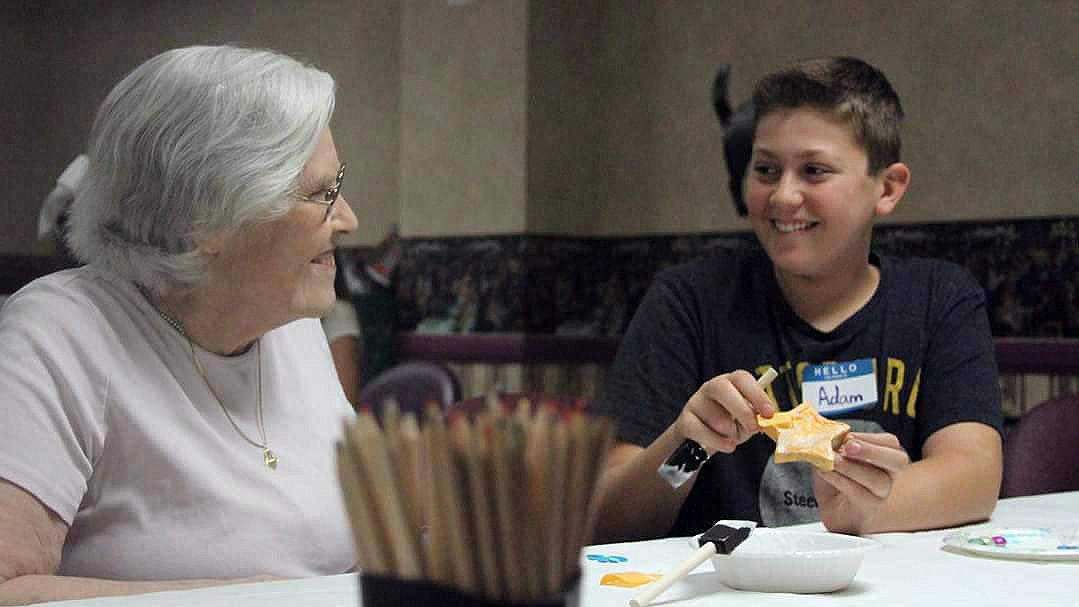 “The director paired me with Pat and then we got to talking and we learned a lot about each other – and her birthday is a couple of days after mine, so we’re both November buddies,” Schwartz said.

Schwartz met Bruner through the Better Together Phoenix program, which connects volunteer middle school students from temples across the Valley with senior citizens to engage in monthly activities and learn more about each other. The program was funded by a grant from an anonymous donor to the North American Federation of Temple Youth (NFTY) Southwest region.

The is the second year Bruner, who served as the cantorial soloist at Beth Ami Temple from 2006 through 2008, has taken part in the Better Together Phoenix program and she made an instant connection with Schwartz.

“We really hit it off, which was nice and he is very caring,” she said.

For the past six months, the students and seniors have met monthly to participate in activities such as cupcake wars, crafts and bingo. Toward the end of the program, the students formed a TV crew and took turns operating the equipment and interviewing the seniors about their life experiences. Arizona State University film student Gary Boucher assisted the students in putting together a 10-minute documentary. On May 21, the Better Together Phoenix students, seniors and family members gathered at Congregation Beth Israel for a banquet and to watch the film. The students wrote essays about their experience with the program and Schwartz’s essay won top honors, much to the delight of Bruner, who is recovering from a serious medical emergency.

Tami Simmons was once again hired by NFTY Southwest to run the Better Together Phoenix program. This year, Better Together Phoenix was held at the Palazzo Senior Community in Phoenix where the Jewish Family and Children’s Service Center (JFCS) for Senior Enrichment is located. Simmons is also the program director for the JFCS Center for Senior Enrichment.

Last year, Simmons said she had to go out into the community to get enough students to volunteer for the program. She had no such problem this time around.

“This year, the word already spread and everyone was really excited about it,” she said. “We had just started asking for volunteers when everyone signed up and that was that. It was really a word-of-mouth thing.”

The seniors at the Palazzo could attend the monthly events as they pleased. In fact, during the first visit, attendance by residents was light as many were watching a presidential debate. However, other months there could be as many as 40 residents taking part in a cupcake competition or a chocolate seder. Bingo also was very popular.

Unfortunately, the education and fun to be had through the Better Together Phoenix program could be coming to a close. The two-year grant for the program has ended. Lynne Butner, senior regional director of youth engagement for NFTY Southwest, said they are actively looking for more funding for another year.

“We’re looking for a funder so we can continue; we just haven’t found anyone who’s interested,” Butner said. “So if anyone is interested in providing some funding, we would love to have it.”

Bruner is hoping there will be a third year for Better Together Phoenix.

“I would love to see them get funding so that it can continue,” she said. “It’s a wonderful program and I would like to see it continue. It’s just really special.”