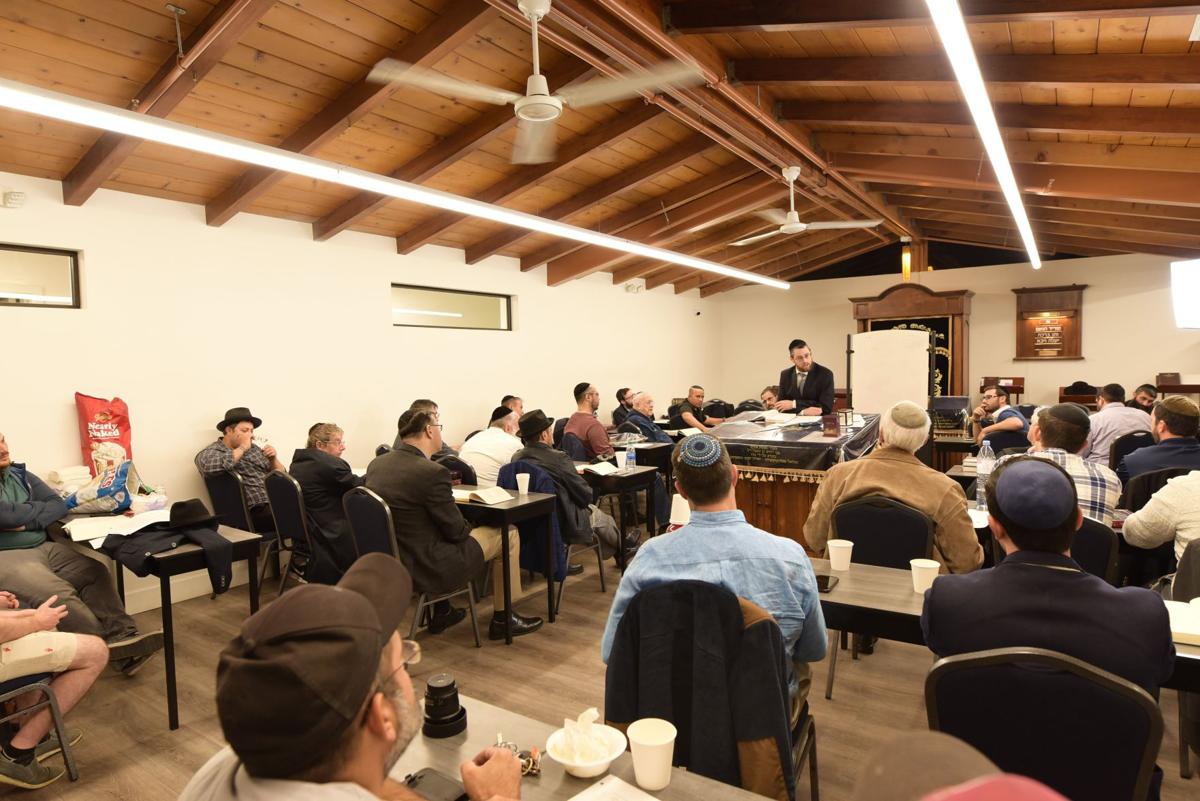 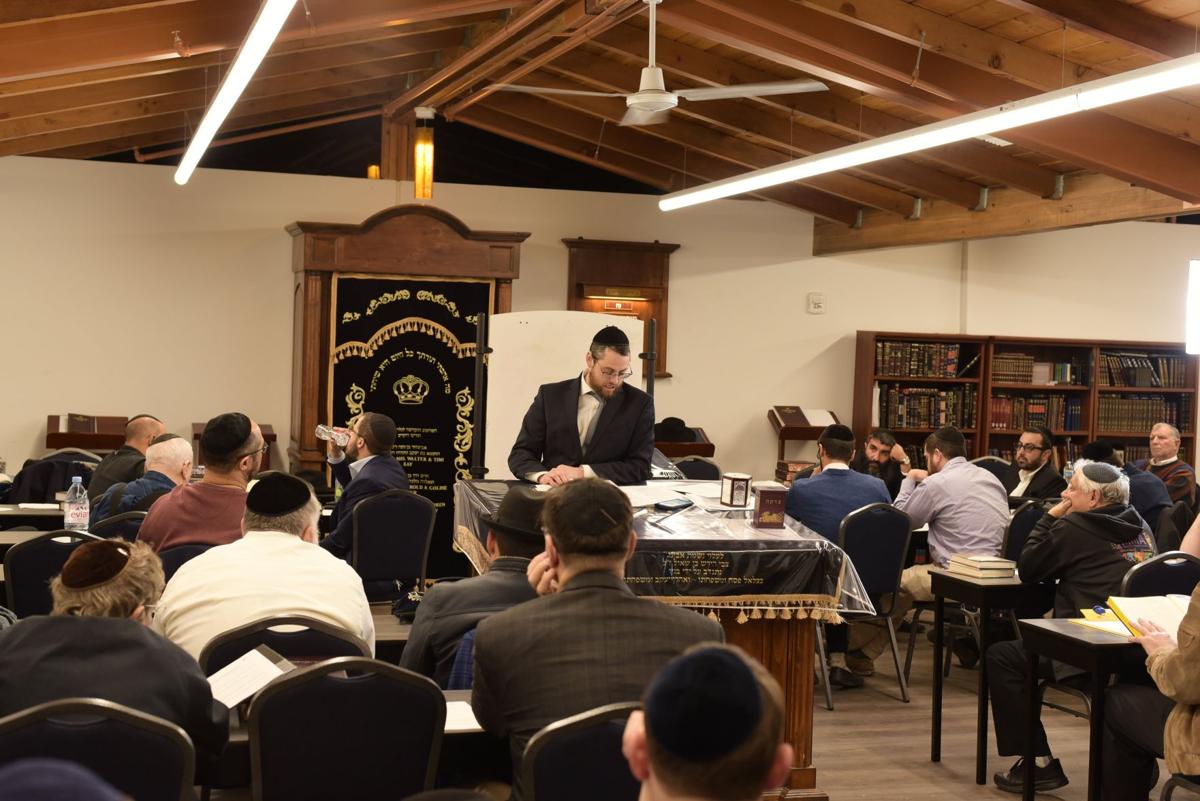 Rabbi Goetz leads classes from the Semichas Chaver Program every Wednesday at the Yeshivas High School of Arizona. 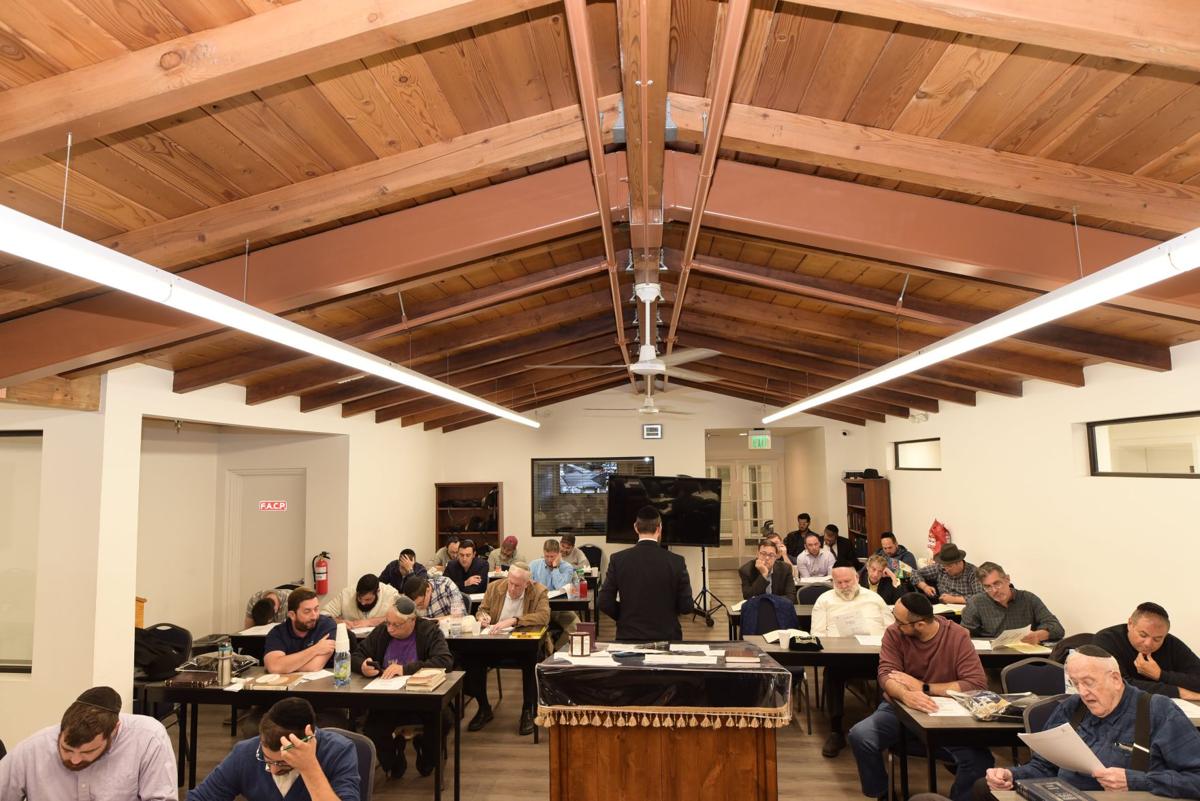 Every week, groups around the world learn the same lessons in halachah through the OU's Semichas Chaver Program.

Rabbi Goetz leads classes from the Semichas Chaver Program every Wednesday at the Yeshivas High School of Arizona.

Every week, groups around the world learn the same lessons in halachah through the OU's Semichas Chaver Program.

“Great launch of @SCP_Learning at the Yeshiva in Phoenix this week, a packed house!” read a Nov. 1 tweet from Jeremy Rovinsky. “All kinds of observant Jews — Litvish, Chabad, Modern, Sefardi, Bucharian — coming together to master Hilchos Shabbos! #SCPrevolution.”

In November, Phoenix became one of 28 new locations for the Orthodox Union’s Semichas Chaver Program, an interactive halachah learning program for men that teaches practical lessons in Jewish law and ethics in six-month intervals.

Rovinsky, a Phoenix resident and the dean and general counsel for National Paralegal College,  was completing a two-and-a-half-year-long halachah program nine months before the #SCPrevolution. At the time, he found himself wondering, “What’s next?”

As it turned out, SCP was next. Rovinsky heard about the SCP program, and between the one-night-a-week sessions, the six month certification process and the abbreviated source material, he knew that it would be an accessible option.

“I felt it would be manageable for a regular guy in the community to make it a success,” Rovinsky said.

Hoping to launch the program in Phoenix, he sent an email to a generic address on the OU website and received an unexpected response. The email he sent went directly to SCP founder Rabbi Elyada Goldwicht, who responded personally to Rovinsky.

For four months, Rovinsky emailed questions and Goldwicht answered them. Then Rovinsky reached out to Rabbi Gavriel Goetz, the principal of Yeshiva High School of Arizona, to ask him to teach the program.

Initially, Goetz worried that he would be too busy with his responsibilities at the high school, but that quickly changed.

“Now that I’ve started doing it, I really love doing it,” Goetz said. “I love learning with the community members, I love sharing these interesting and really practical topics.”

In September, Goetz attended the Torah New York Day of Learning at Citi Field, where Goldwicht trained him in the curriculum and implementation of SCP.

“Elyada has started this program all over the world, and it’s really amazing that we have it here in Phoenix,” Goetz said. “We have great community members that come to learn and study.”

The topic of the current lesson, which started after Sukkot and will end before Passover, is Shabbat law. Weekly lessons cover legal questions such as the specifics of cooking restrictions and whether it’s acceptable to benefit from the work of other Jews on Shabbat.

Classes are held at Yeshiva High School every Wednesday. Each session starts with hypothetical questions, which Rovinsky, a lawyer, compared to a “mini bar exam.” Then the class works through the passages and sources selected by Goldwicht, and ends with discussion questions to review what they’ve learned.

WhatsApp provides a universal forum for discussing the material outside the classroom. Students in all 53 SCP locations around the world have their own study group on the app, and Goldwicht often joins in the conversation.

“I don’t know how he does it, but when people ask questions on the WhatsApp group, Rav Elyada chimes in,” Rovinsky said. “I don’t know if he ever sleeps, but it’s really amazing.”

Beyond achieving certification, Goetz says that another goal of the program is for the men in the classes to pass what they learn on to their families.

“The whole idea is that you learn in class, bring it back to your Shabbos table and discuss it with your family, and make Shabbos meaningful, purposeful and enjoyable,” Goetz said.

There are currently about 30 men regularly participating in the program.

“Another aspect of the program that’s really important is building community,” Rovinsky said. “I’ve made new friends in the program who I never even knew before but who live a few blocks from me.”

SCP also connects students to the global Orthodox community. All 53 groups around the world study the same sources and discussion questions every week.

“It just feels good to be connected with so many other observant Jews around the country and around the world who are all learning the same things, being presented with the same questions, seeing the same sources, trying to earn the same credential, all at the same time,” Rovinsky said.

He credits Goldwicht and Goetz with making the program a success.

“This is a great program that makes you successful in this knowledge because it’s practical, relevant and important to know,” Goetz said. “It’s a great accomplishment for everybody who does it.” JN