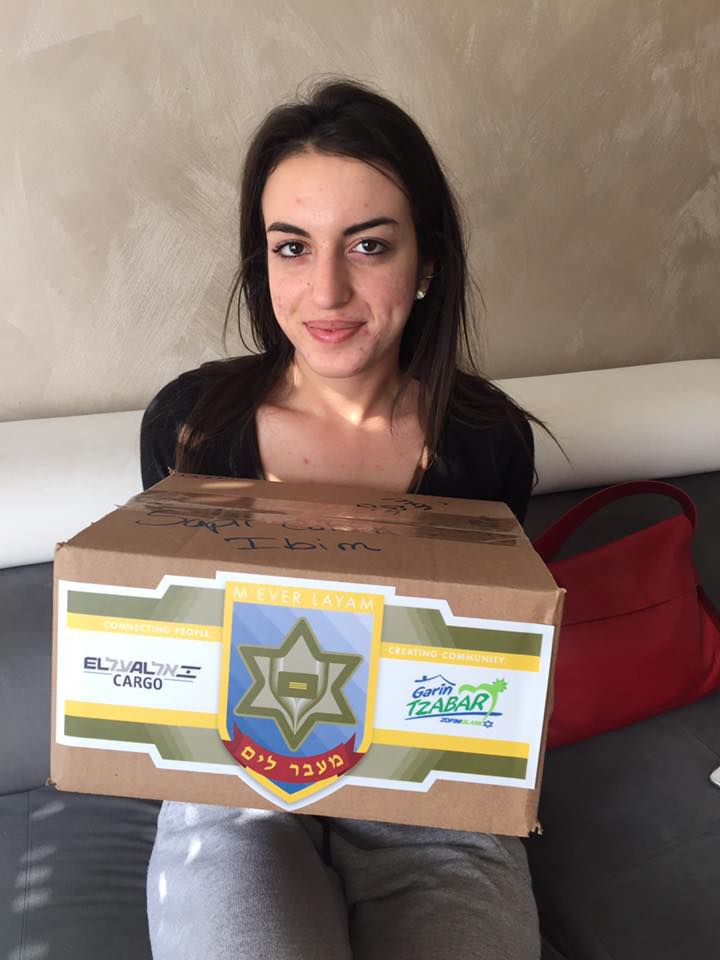 Sapir, a Lone Soldier from Chandler, receives her Chanukah package from the BBYO Tovah chapter in Chandler. 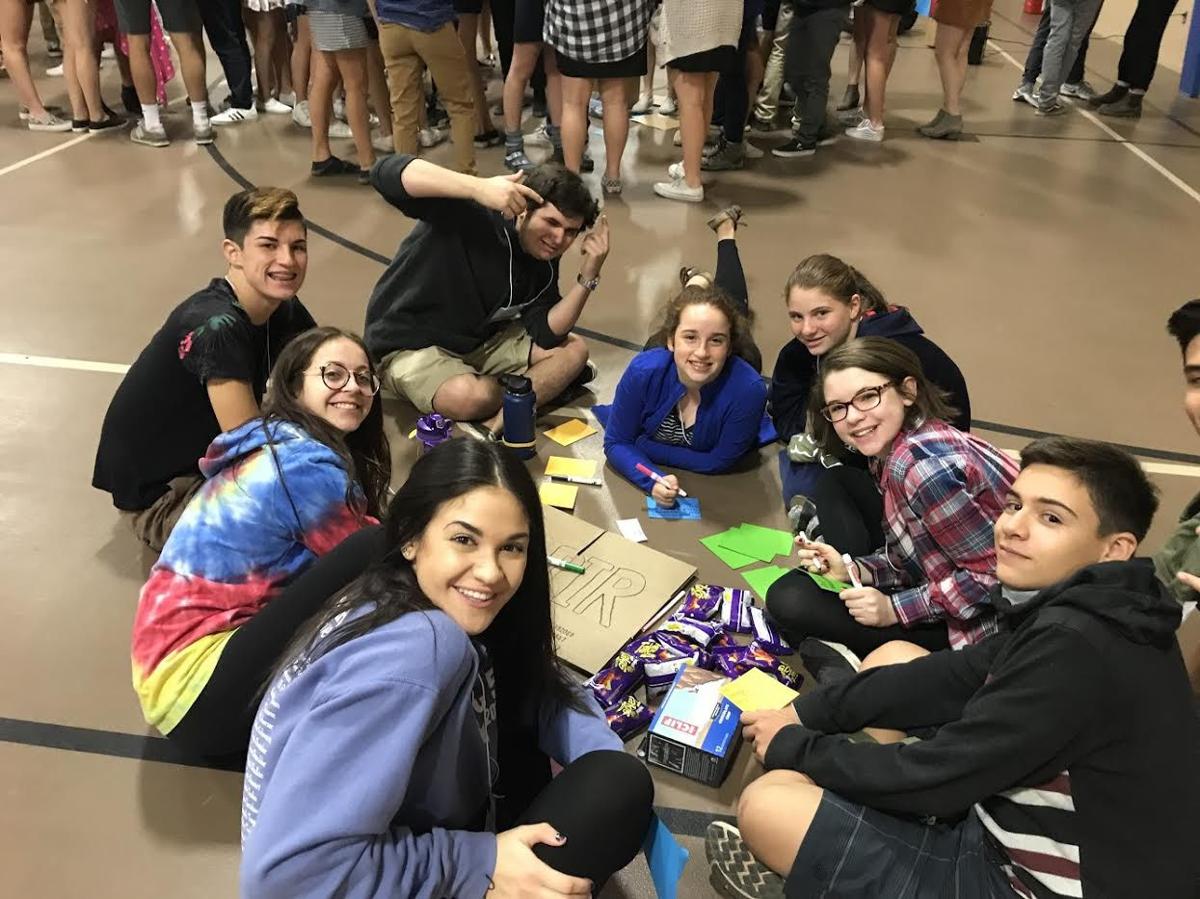 Students from the BBYO Tovah chapter in Chandler decorate a Chanukah package for a Lone Soldier from Arizona. 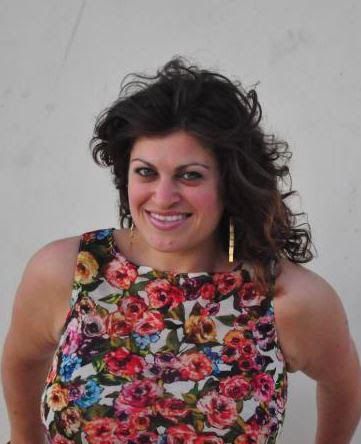 Sapir, a Lone Soldier from Chandler, receives her Chanukah package from the BBYO Tovah chapter in Chandler.

Students from the BBYO Tovah chapter in Chandler decorate a Chanukah package for a Lone Soldier from Arizona.

Drew Alyeshmerni Leach traveled to Israel last month to deliver 45 Chanukah care packages to Lone Soldiers. Inside these packages were not only items on the soldiers’ wish lists, such as socks, slippers and jackets to keep warm during the winter, but also snacks. The most requested snacks were Hot Cheetos, Takis tortilla chips, Clif bars and Sour Patch Kids. The packages also included cards and letters from students in their home communities.

Leach, who grew up in Scottsdale and now lives in Los Angeles, is the founder of M’ever LaYam, a nonprofit with a mission to connect American Jewish youth with Lone Soldiers from their communities.

A Lone Soldier is a man or woman serving in the Israel Defense Forces (IDF) without any immediate family members in Israel. Leach, who spent two years as a Lone Soldier after graduating from the University of Arizona, founded M’ever LaYam in 2016. Last month, it became a nonprofit. Its partners include El Al Cargo, which transports the packages, and Garin Tzabar, a lone soldier program in Israel.

M’ever LaYam, which is Hebrew for “across the seas,” has matched 60 Lone Soldiers with 55 “connections,” the organization’s word for participating groups such as BBYO, Hillel or schools in 10 states. Most of the participants are in California, but the organization is also active in Arizona, Michigan, Nevada, New Jersey, New York, Oregon, Texas, Utah and Washington state. Leach would like to expand to other communities and plans to start a waiting list for the 2018-2019 school year.

In Arizona, organizations that have been matched with Lone Soldiers are BBYO chapters in Chandler, Phoenix and Tucson, as well as Hillel at Arizona State University, Phoenix Hebrew Academy and Temple Beth Sholom of the East Valley (TBSEV).

“Our members are truly benefitting from this program because we get to really connect with IDF soldiers in a way that’s very personal and unique since we aren’t just writing letters to random soldiers,” said Ilana Hoffer, the regional shlicha (a leadership term) for the BBYO Mountain Region, which coordinates M’ever LaYam for the BBYO chapters in Arizona, Utah and Las Vegas. “Interacting with soldiers from our hometowns also reminds us of the reality that Jewish people our age are leaving their homes to protect the Jewish homeland, making us more grateful for Israel and the soldiers that protect it.”

One of the soldiers, Niv, was a member of Kiviat BBYO in Scottsdale and is now connected to that chapter.

“She explained what her role was in the IDF and why joining was so important to her,” said Reann Bressler, the chapter shlicha. “Hearing from a friend of ours opened [the members’] eyes to the numerous ways we can participate and help Israel from another country.”

Participating organizations sign up for one school year, committing to two care packages for the year — for Chanukah and Yom Ha’atzmaut, Israel Independence Day — and monthly videos for the soldiers. Each month, the soldiers send a video update and then the students, who range from fifth-grade to college-age, send a video back that gives them an opportunity to ask questions. The soldiers’ topics have ranged from reasons why they joined the IDF and a tour of where they live to how holidays are celebrated in Israel and updates on their IDF experience.

This provides “an opportunity for each set to form a relationship and get to know each other,” Leach said. “It’s really a cool opportunity for them to create community in their hometown.”

Occasionally, soldiers are paired up with groups outside of their hometown community. For instance, TBSEV’s USY is working with a soldier named Maya, who is from a small town in Washington that didn’t have a Jewish organization with which she could connect.

“Our students look forward to establishing a connection with someone they can identify with,” said Sarah Bochenek, TBSEV youth director. The program will allow them “to have access to such a connection that makes the strength and beauty of Israel even more tangible and helps them connect with Israel on a deeper level.”

While growing up in Scottsdale, Leach was active in NFTY (National Federation of Temple Youth) groups and attended the Bureau of Jewish Education’s Hebrew High. She made aliyah in 2006 after graduating from the University of Arizona. After receiving a master’s degree in public policy from Tel Aviv University and working at the Society for the Protection of Nature in Israel, she returned to the United States. She founded M’ever LaYam because she felt that more needed to be done to provide a connection between young Diaspora Jews and Israel.

“Because I was once a Lone Soldier in Israel, I know what it feels like to be stuck on base without friends or family to visit on the weekends,” Leach said in a Facebook post. “I know how it feels to look into the cabinets in the kitchen to realize that nothing looks familiar. As a Jewish educator, I know how much our students need a personal reason to care about Israel.” JN

To support a Lone Soldier connection, make a donation or learn how to get involved, visit meverlayam.org. Leisah Woldoff is a freelance writer based in Phoenix.